A GRIP ON SPORTS • It’s going to get warm around here again, starting today. Great. It’s just in time for college football camps to begin. Which means it’s a great time to talk about college football. Read on.

• Believe it or not, the Pac-12 is celebrating its 100th anniversary this year. Whether it was the Pacific Coast Conference, the Pac-8, the Pac-10 or the Pac-12, it’s been around since the War to End All Wars. (And how did that work out for everyone?) An anniversary like the Pac-12 leads to remembrances, which is only right. One hundred football seasons means thousands of players, games, teams and memories. To celebrate, we have to look back. The San Jose Mercury News’ Jon Wilner took the bull by the nose ring and this week put together his all-time greatest conference all-star team, the first of many related anniversary items. It’s a good list, well thought out and researched. It even includes Stanford’s Ernie Nevers, representing all the old-timers from the days of leather helmets. But it isn’t a perfect list. How could it be? Everyone has an opinion in something like this, including you and me. So let’s get right my list and how it differs from Wilner’s. We start with the most important position, quarterback. I covered John Elway when he played high school football. I watched him play college football. Heck I even wrote stories about a couple of his college baseball games. He was an exceptional quarterback. A really good college quarterback. Just not as good a college quarterback at Matt Leinart. Ya, I know. Leinart was a bust in the NFL, Elway was a Hall of Famer. But this is college. And Leinart was the most efficient college quarterback I ever saw. And I value efficiency at the position over all else. By the way, though his post-WSU career was a bust, Ryan Leaf should have been on the “others considered” list just for leading the Cougars to the Rose Bowl. Only three quarterbacks can say they did that in 100 years, so it has to count for something. ... Next up is the running back position. Wilner talks about Reggie Bush being the best player he’s ever seen in the fall of 2005. Well, O.J. Simpson was the best player I’ve ever seen in two complete season, 1967 and 1968 – and still is the greatest college football running back this side of Barry Sanders. If he isn’t on the all-time team – again, his post college actions shouldn’t disqualify him – then the team isn’t what it should be. ... Elsewhere on offense, the only argument I have is Mike Utley’s name not included anywhere in the o-lineman category. He may not have been the best, but he was certainly among the best. ... Defensively, Wilner came this close to having Rien Long on his defensive line, but went with Arizona’s Rob Waldrop instead. Sorry, Long was the correct choice. He’s the best defensive lineman WSU has ever produced. Heck, he’s among the top two or three the conference has ever seen. ... By the way, I agree with Wilner’s assessment of Steve Emtman as the most dominant lineman in league history. But I don’t agree with all his defensive back choices. It’s hard to argue with the safety choices – Kenny Easley and Ronnie Lott might be the two best ever in college football history – but the corners are a bit soft. WSU had one guy who certainly deserved consideration – Marcus Trufant – and he wasn’t even mentioned. He should have been. Just because he wasn’t recognized for his play while at WSU – believe it or not, he was only a second-team All-American in 2002 – doesn’t mean he wasn’t one of the best. He was. And that’s that. Overall, Wilner’s list is exceptional. Wading through 100 years of names isn’t easy. But his choices are easily defensible. Unlike the offense the Pac-8/10/12 would put on the field. 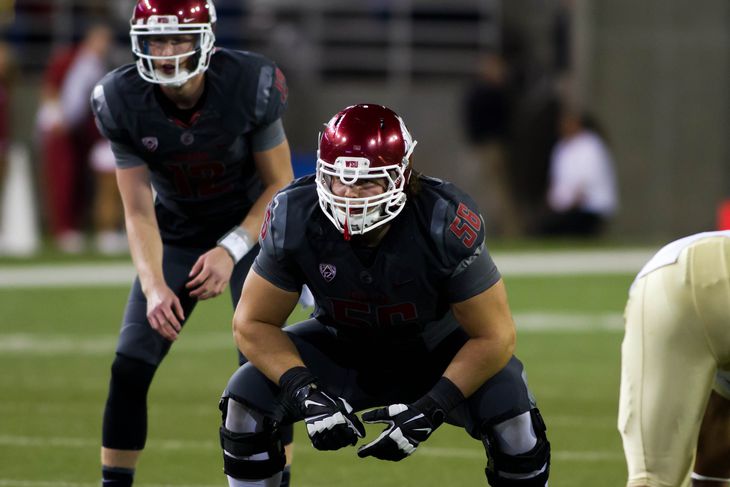 • WSU: A couple of Cougars are included in Ted Miller’s all-underated team, Pac-12 2015 edition. But now they are on this list, are they disqualified from being considered underrated anymore? ... As we get closer to the beginning of preseason camps, just about everyone begins looking at teams they will play. That includes Washington State. ... Mike Leach was on a radio show last week. ... Former WSU baseball player Ben Roberts will play football this fall at Montana.

• Indians: Spokane kicked off the second half of the Northwest league season with a 1-0 win in Pasco. ... The NWL all-stars will meet the Pioneer League all-stars Aug. 4 at Avista Stadium. The Pioneer League named its starters yesterday.

• Chiefs: OK, hockey news in late July? Well, Portland signed a couple international players so we thought we would pass it along.

• Seahawks: Is Alvin Bailey ready to be the starting left guard? That’s just one of the questions facing the offensive line. ... Chris Matthews was one bad play away from being a celebrity.

• Mariners: If there is one position group that’s let the M’s down this season, it would have to be catcher. Wait, no, there is one that’s been worse. The bullpen. Ya, that’s right. This year’s pen has cost the M’s more games than I can count. Though last night’s is easy to remember. After catcher Mike Zunino drove in the tying run in the bottom of the ninth, the bullpen burped up the game in the top of the 10. Arizona won, 4-3. ... Grasping at straws or the real deal? The M’s think Fernando Rodney has been tipping his pitches. ... Art Thiel doesn’t think the M’s should throw in the towel. But he also doesn’t feel they should buy a couple new ones either. ... Will Ferrell's spring training adventure will be on TV in a couple months.

• Sounders: Other than the game the Sounders participated in, there was a lot of action in MLS matches this week. ... Brad Evans is back with the team and should be ready for the weekend, He didn’t play all that much during the Gold Cup so his legs should be fresh.