Charlie Lentz, 5, looked at a stamp on Saturday of a man kicking a ball.

“You know what sport that is?” said Janet Jorgensen, a representative of a German booth at the 25th-annual Unity in the Community, a free cultural event held Saturday at Riverfront Park.

Lentz was one of over a thousand children to attend the Saturday event, where students in kindergarten through middle school were given “passports” to collect stamps and trade them in for school supplies, said Mareesa Henderson, spokeswoman for Unity in the Community. 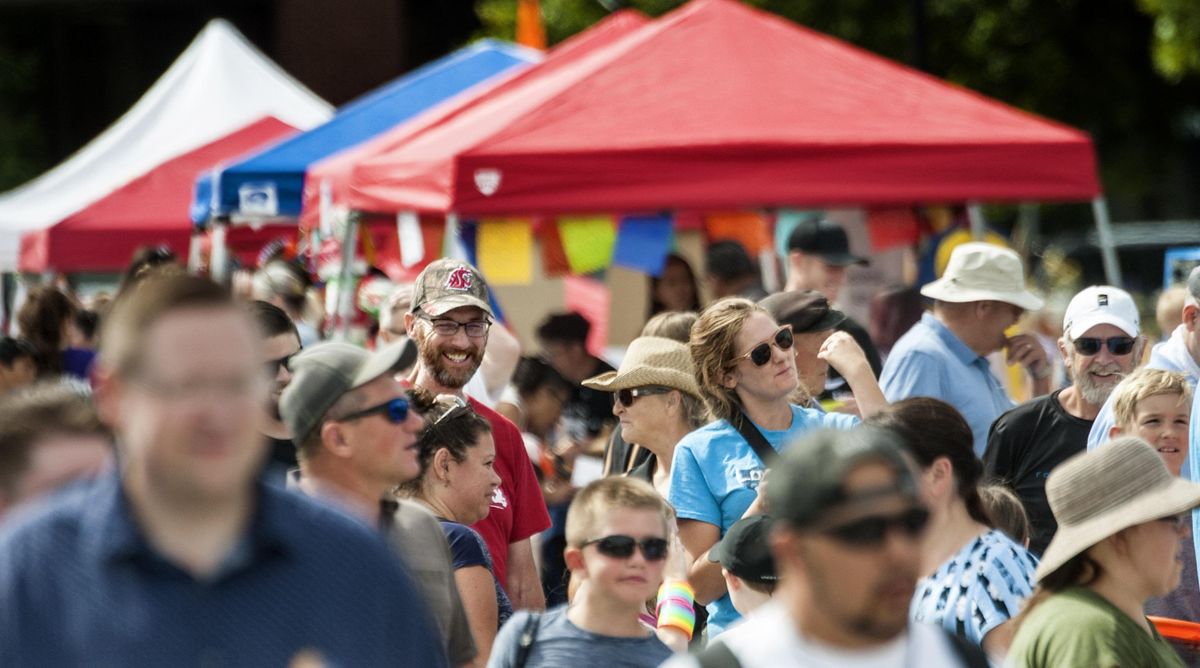 “The whole purpose is to celebrate and showcase diversity,” said Henderson. “As they walk through the (tents) they get an education. The point of it is to break down that fear” of being around other cultures.

Lentz said his favorite booth was Germany, because “they have cool rocks.”

This year, Unity in the Community was giving out 1,600 school supply bags.

“We tend to run out,” Henderson said.

Countries including Japan, Mexico, Denmark, the Philippines and more made an appearance at the event.

For the past 19 years, Jorgensen has come to Unity in the Community, she said. She acknowledged she doesn’t have a German last name but said anyone in Spokane is allowed to join the German-American Society, which she was promoting at the booth.

“People will ask all kinds of questions,” she said. “The point is to share.”