Filip Petrusev had 24 points and nine rebounds and the No. 2 Gonzaga Bulldogs made quick work of the Eastern Washington Eagles 112-77 on Saturday at McCarthey Athletic Center in Spokane.

Petrusev was one of five Bulldogs in double figures as GU scored its most points this season.

Admon Gilder came off the bench to score 22 points, Ryan Woolridge had 15 and Joel Ayayi and Corey Kispert each had 13 for the Zags.

EWU was led by Jacob Davison’s 17 points. Tyler Kidd added 16 points on 5-of-5 shooting and Kim Aiken Jr. chipped in 11.

Gonzaga ripped off a 23-3 run about a third of the way through the first half to break open a tie game and the Zags never looked back.

The Bulldogs were strong inside, outrebounding the Eags 49-34. GU pulled down 21 offensive rebounds and turned those into 30 second-chance points.

Gonzaga scored 116 points in an exhibition win over Lewis-Clark State on Nov. 1. The previous season high was 110 in a win over Arkansas Pine Bluff on Nov. 9.

Analysis: Gonzaga avoids trap, roughs up Eastern Washington inside and outside in 112-77 rout

The second-ranked Bulldogs – who appear bound for No. 1 when the AP poll is released Monday – put up 64 first-half points and coasted to a 112-77 victory Saturday over Eastern Washington at the McCarthey Athletic Center. | Read more »

John Blanchette: Gonzaga not chicken when it comes to taking its spot atop the college basketball podium

“Welcome to your worst nightmare Gonzaga: the #1 ranking,” came the blast over Twitter. From Buffalo bloody Wild Wings. | Read more »

Gonzaga came into Saturday afternoon’s neighborly showdown with Eastern Washington with a chance to ascend into the No. 1 spot in the national polls. | Read more »

Gonzaga-Eastern Washington: 3 keys to the Bulldogs’ victory over the Eagles

It took Gonzaga little time to exhibit the difference between the nation’s soon-to-be No. 1 and a Big Sky Conference favorite. | Read more » 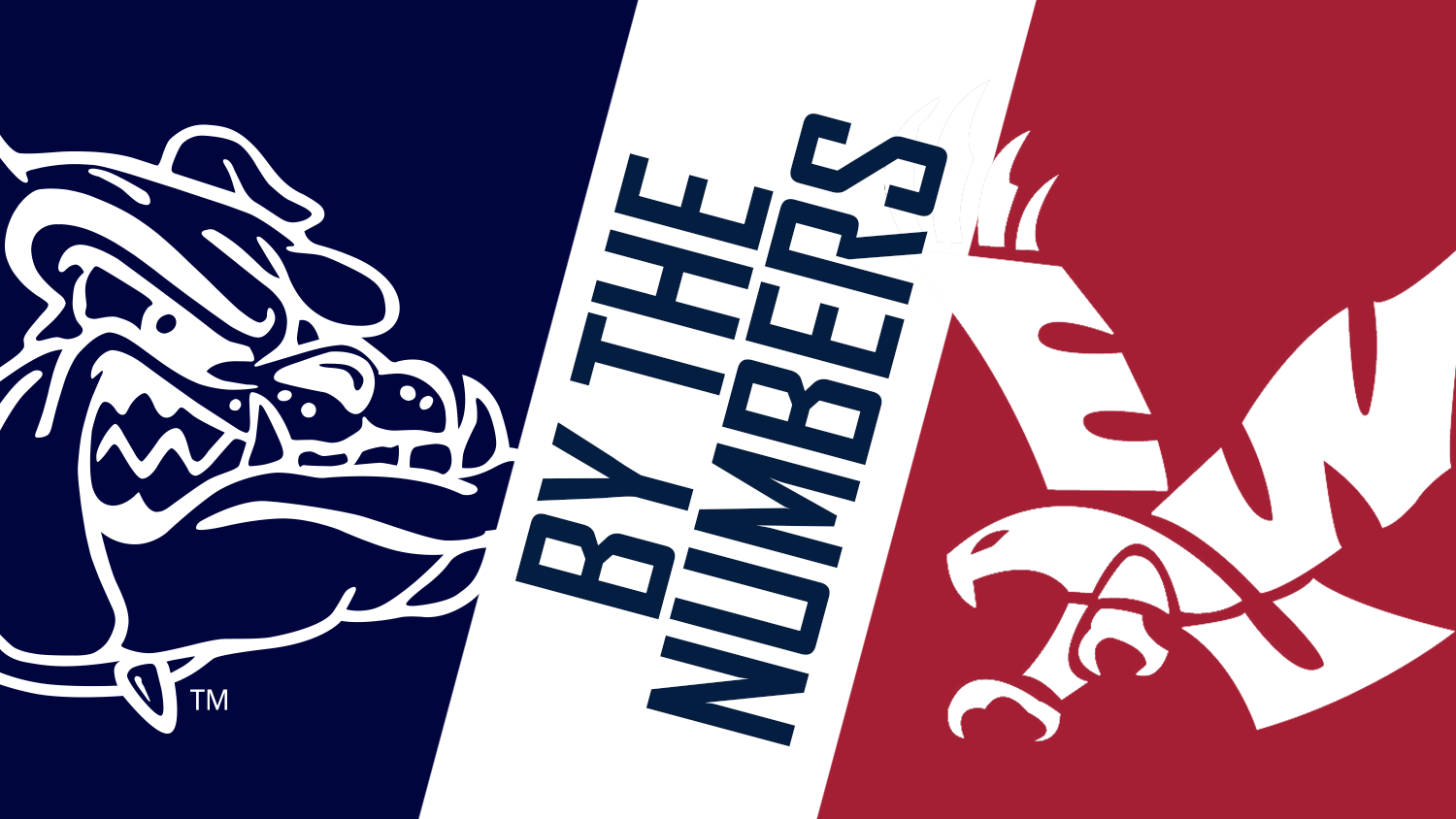 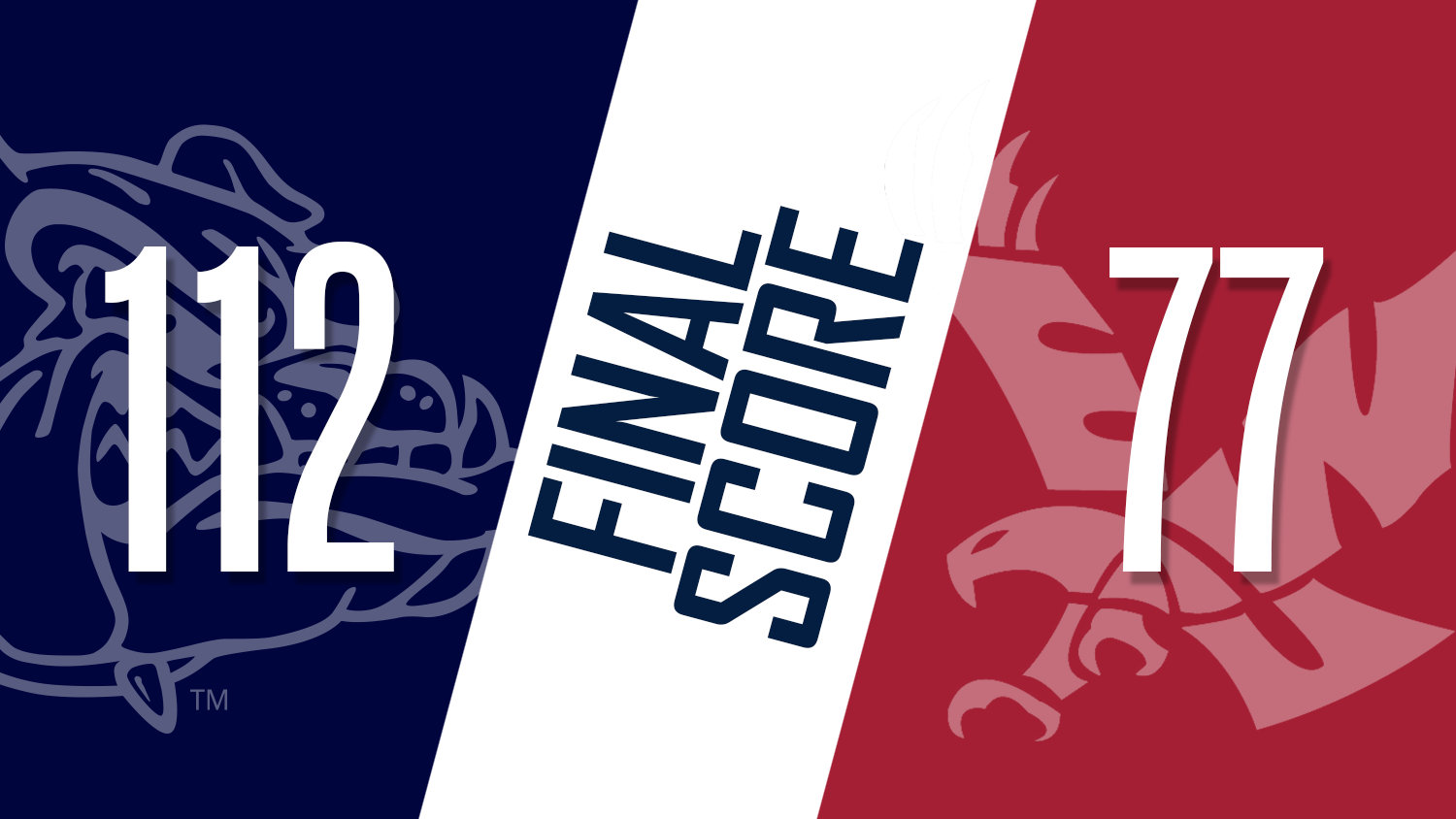 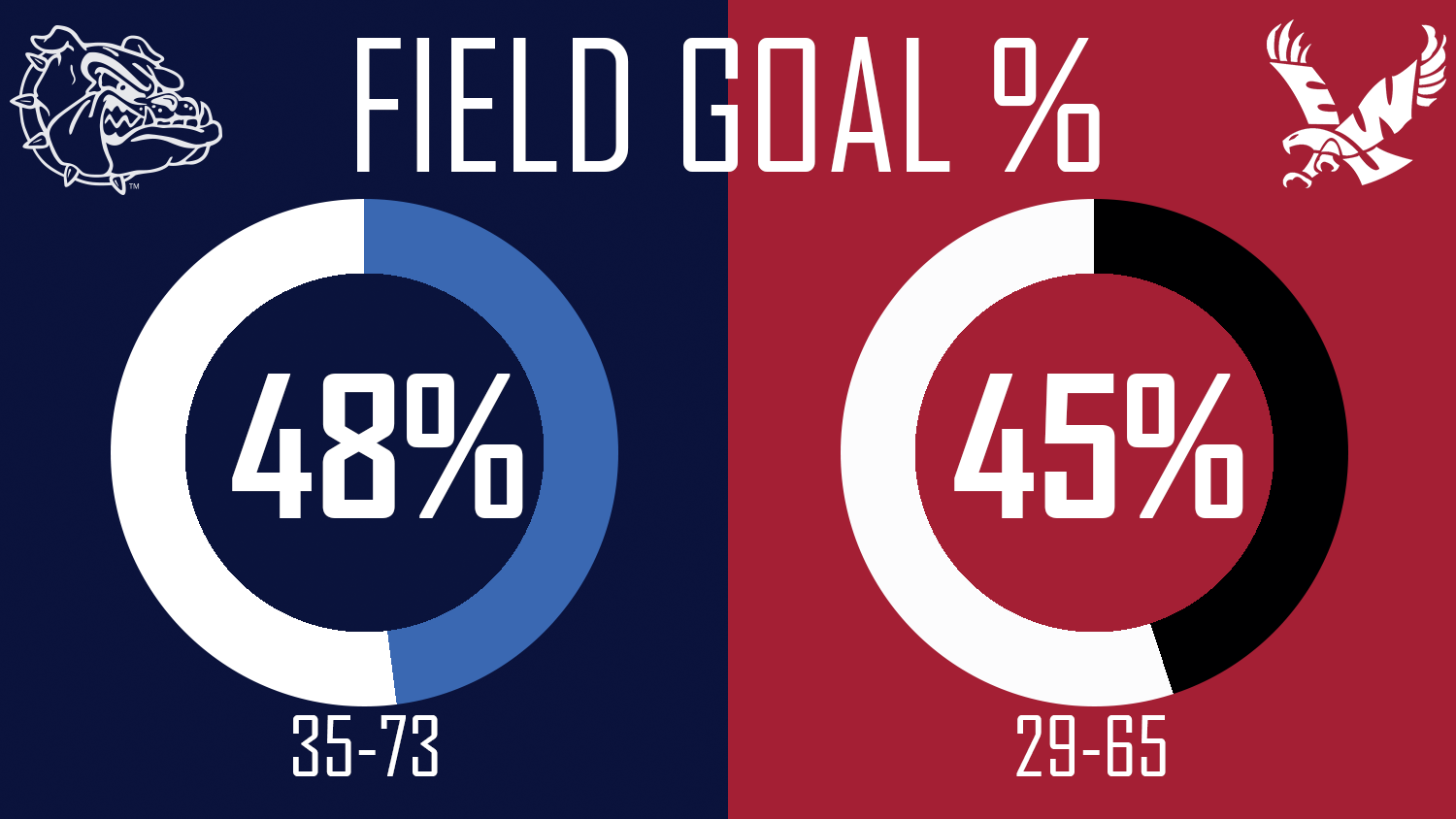 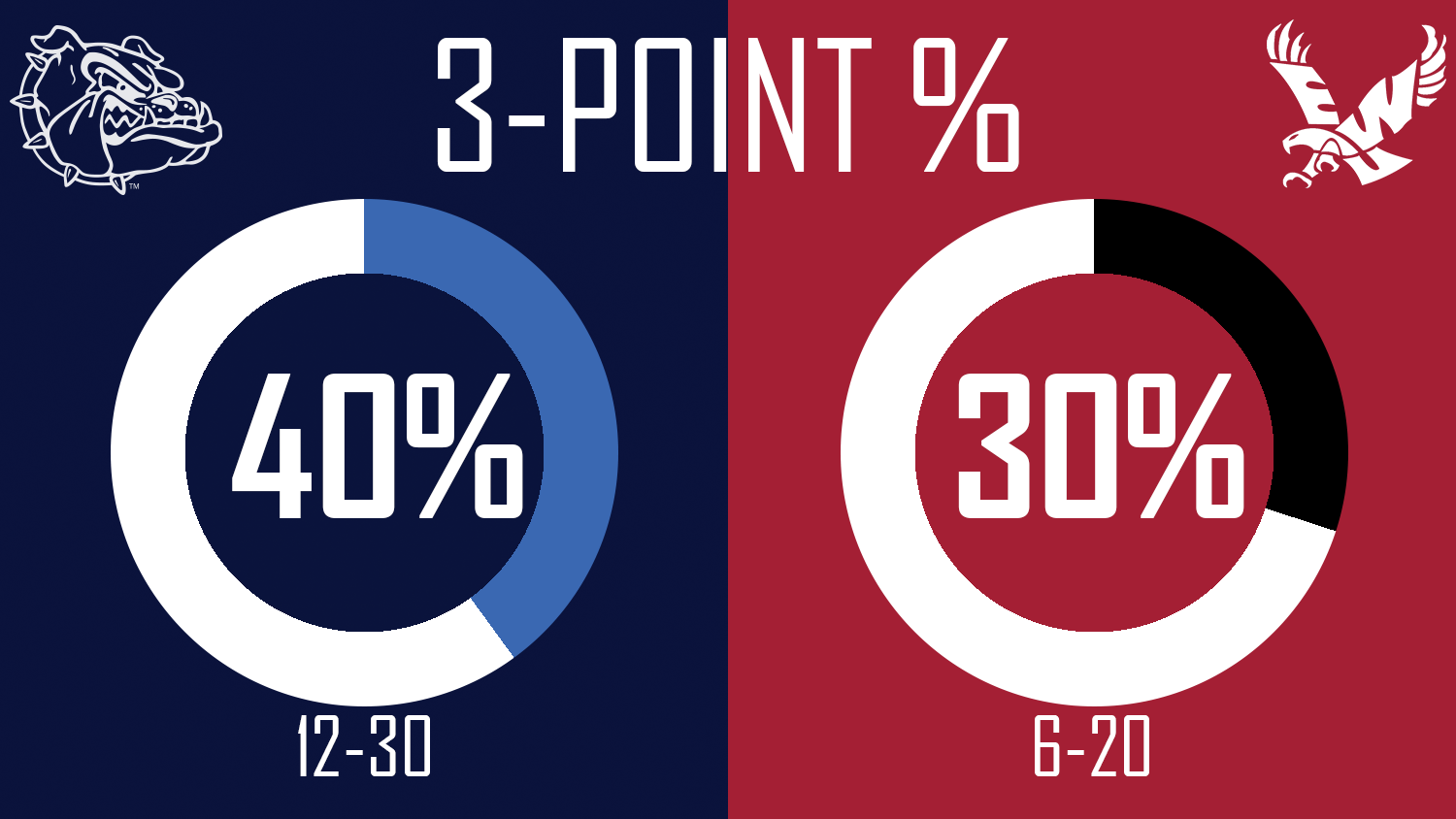 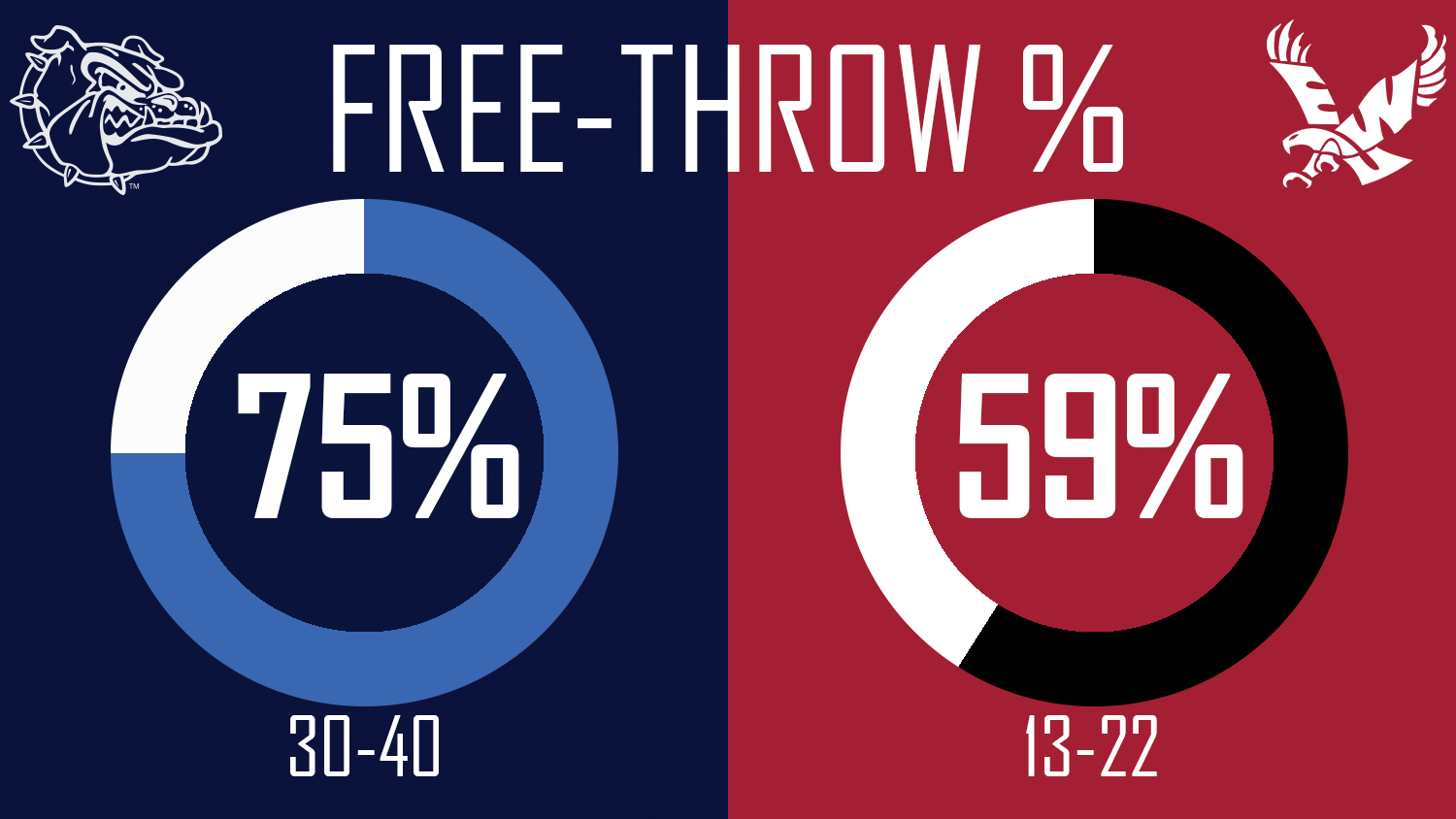 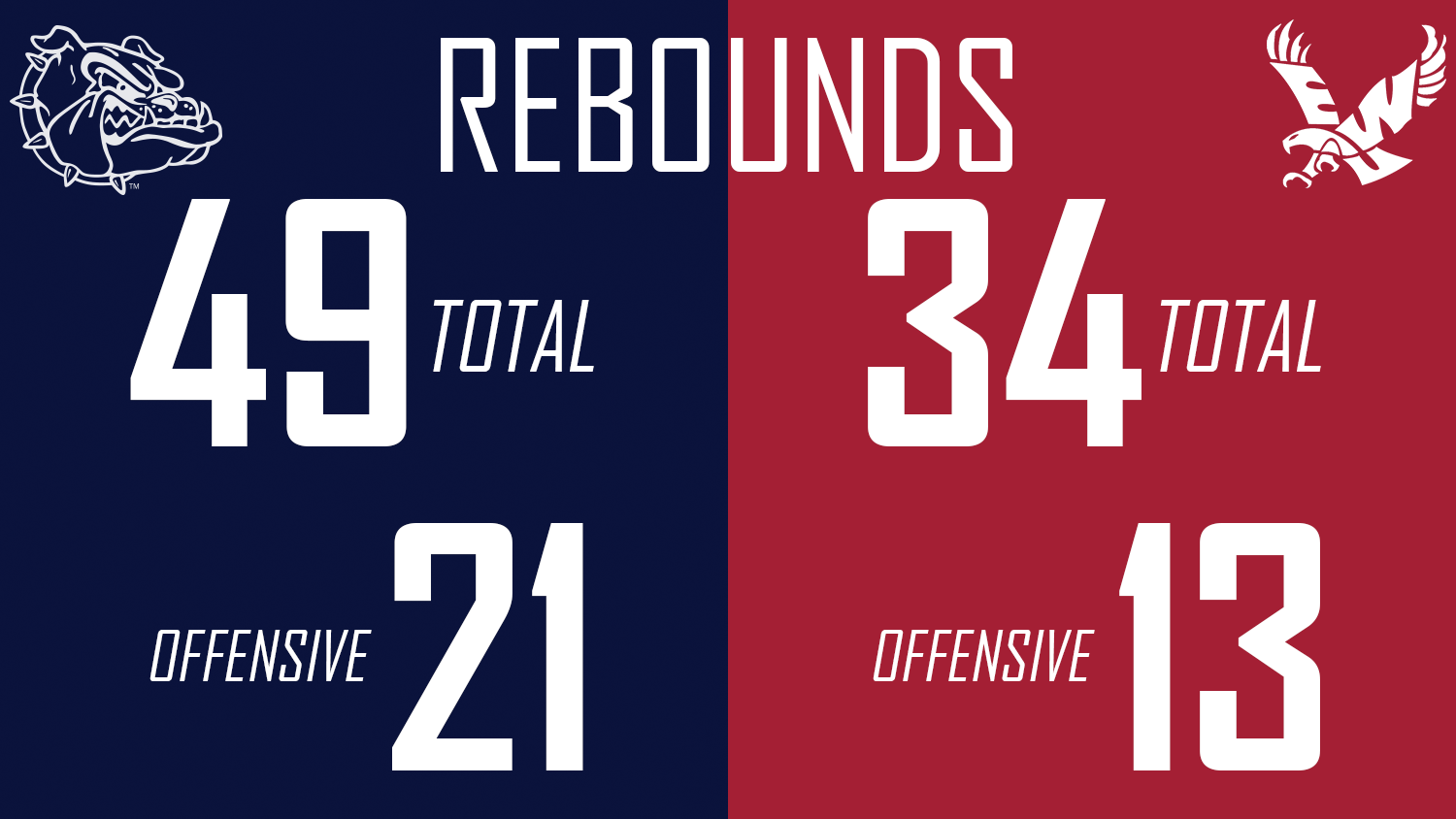 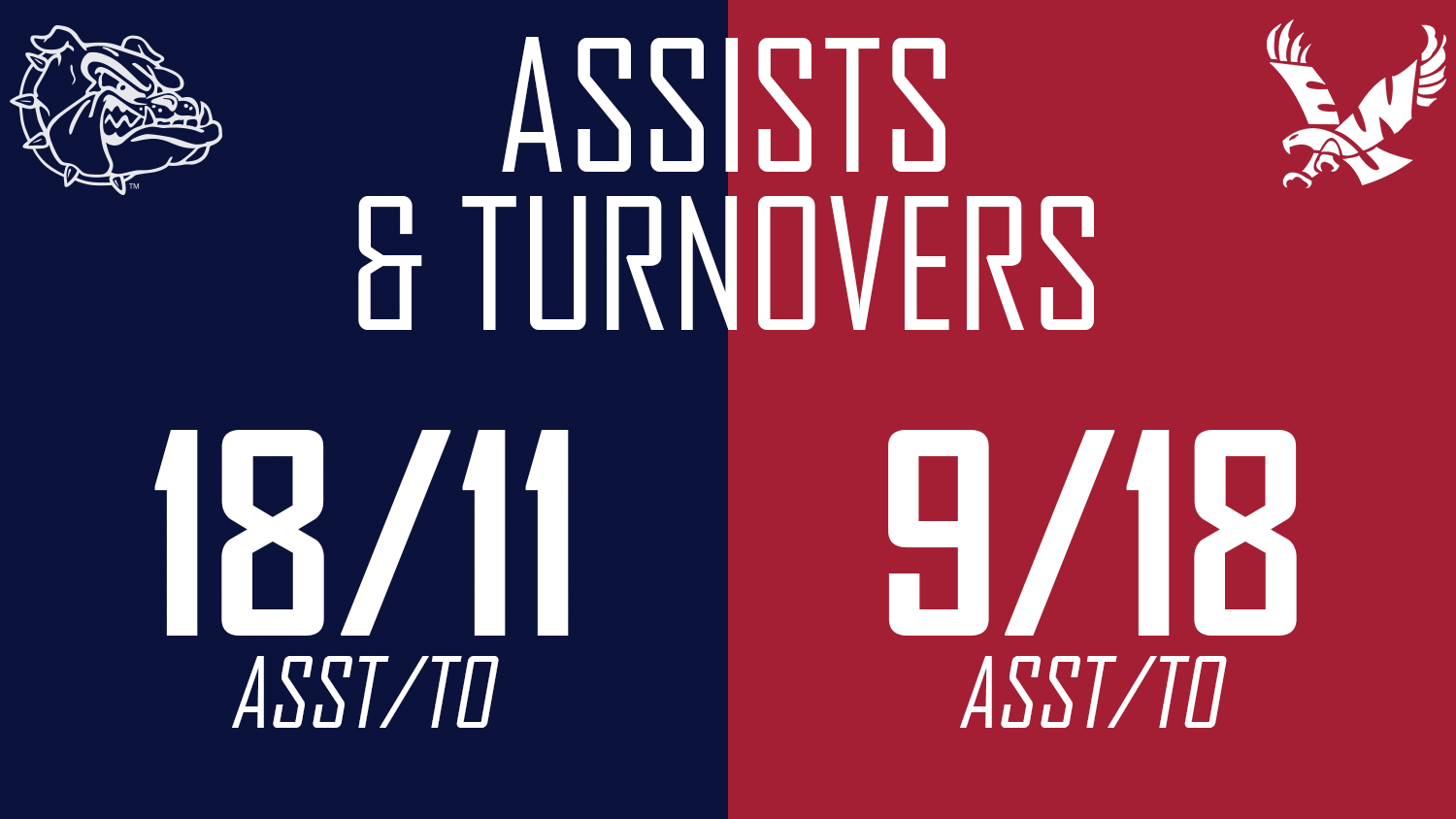 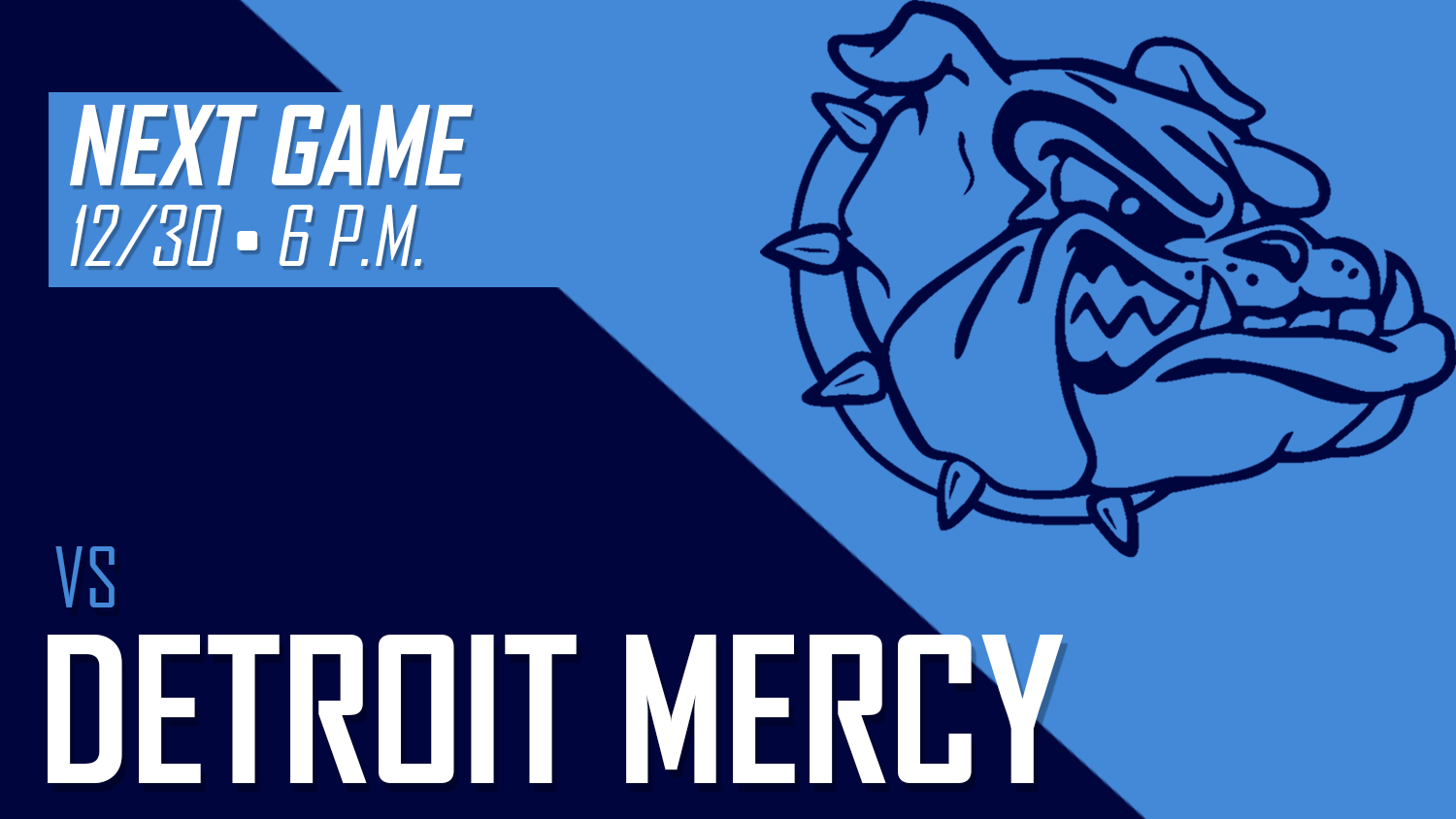 15:55 – Gonzaga 8, EWU 6: A runner in the lane from Joel Ayayi has the Zags up on the Eagles af the first media timeout.

Ayayi is one of four Bulldogs to score.

Eastern has made it tough early for the GU big men by clogging the lane with Ryan Woolridge’s defender. Whenever the Zags have put the ball into the post, Woolridge’s man is doubling off of the point guard, hoping to force the Gonzaga forward into giving the ball up or into a contested shot.

Filip Petrusev is up to eight points to lead GU. Corey Kispert and Ryan Woolridge each have five.

EWU has turned the ball over four times and the Zags have converted those into six points.

GU leads in points in the paint, 16-6. The Bulldogs are also outrebounding the Eagles 10-6.

GU hasn’t scored in the last 2-minutes, 24-seconds and is just 1 of its last 8 from the field.

On the other end of the court, EWU’s Tyler Kidd has found his shooting stroke. The guard is 3-of-3 shooting and has 10 points. He has connected on two 3-pointers.

Gonzaga is outrebounding the Eagles 25-10 and leads 16-5 in second chance points. GU has pulled down 13 offensive rebounds.

Half – Gonzaga 64, EWU 33: Filip Petrusev has 17 points, Joel Ayayi has 12 and the Bulldogs lead the Eagle big at the break.

Gonzaga 64, EWU 33: Filip Petrusev has 17 points to lead five Bulldogs in double figures and Gonzaga leads Eastern big at the half in the Kennel.

Joel Ayayi has scored 12 points, Corey Kispert has 11 and Ryan Woolridge and Admon Gilder each have 10 for GU.

Petrusev is 5-of-6 shooting and is tied for a team-high six rebounds. The forward from Serbia is also 7 of 8 from the free-throw line.

Gonzaga is shooting 52.2% from the field and has dominated the Eagles inside. The Bulldogs have outrebounded the Eagles, 30-13, and have outscored them in the paint, 38-12. GU also has 14 offensive rebounds which they have converted into 19 second-chance points.

Jacob Davison is up to 11 points for EWU.

Filip Petrusev has 18 points for Gonzaga.

Eastern has outscored Gonzaga 24-14 in the second half.

Corey Kispert, who has 13 points for Gonzaga, has four fouls.

EWU forward Tanner Groves has fouled out and the Eagles have been called for 12 fouls already in the half.

3:27 – Gonzaga 99, EWU 68: Filip Petrusev is subbed off with a game-high 24 points and nine rebounds and Gonzaga has brought in some reserves to see this one out.

The fouls continue to rack up for EWU as Mason Peatling joins Tanner Groves as Eagles to foul out. Eastern has 16 fouls in the half and 26 in all. Gonzaga has been whistled for nine fouls this half.

Gonzaga is now 25 for 34 from the free-throw line. Eastern has only attempted 18 free throws.

Final – Gonzaga 112, EWU 77: Filip Petrusev had 24 points and nine rebounds and the Bulldogs made quick work of the Eagles on Saturday in the Kennel.

I AM. Those are the two words across each players chest as a reminder to stay involved in the fight against cancer! #IAM | #GoZags | #GoEags pic.twitter.com/hV0ZnIZE1K