A GRIP ON SPORTS • Last weekend had the Final Four. This weekend has the Masters. It’s an April as it should be after a year of, well, not. That includes another aspect of college hoops that was absent last year: coaching changes and the resultant speculation.

• Let’s start with the Masters. The first of the major golf tournaments, except of 2020, has begun. The last time was viewed Augusta National, it was November, the course was soft and the azaleas were dormant. Both have changed. 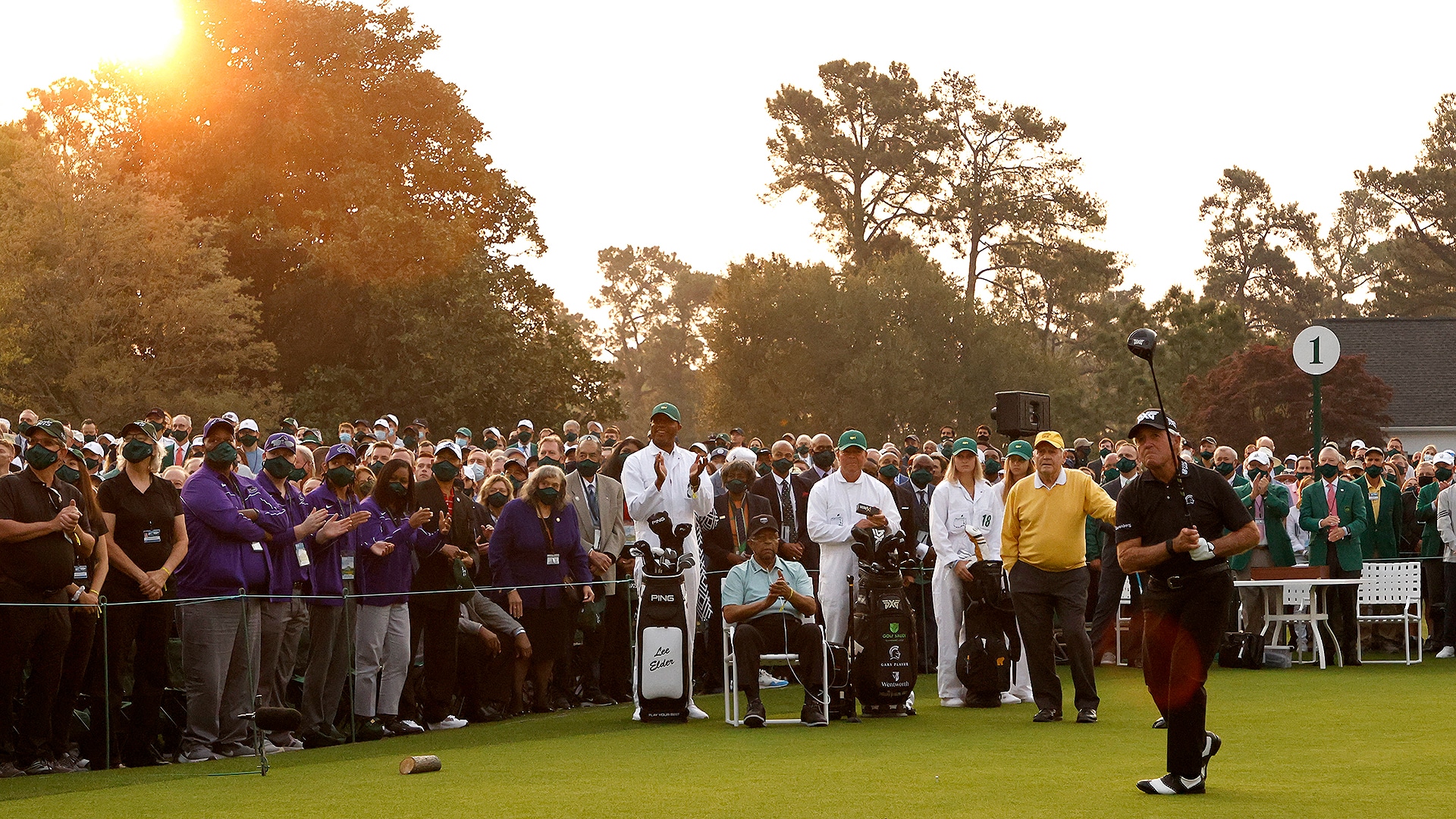 As we view the live stream at Masters.com, we’ve watched balls run off the greens already. Five months ago, when Dustin Johnson earned his first green jacket, the same shots would have remained on the putting surface. At least that is what our memory, and the commentators, are telling us.

The fast nature of the course is a positive, if you are a fan of the status quo. The lack of Tiger Woods, still dealing with the ramifications of his February car crash, is a blow to that status.

No other current golfer owns Augusta like Woods, which means this year’s tournament should be wide open. Maybe this is Brooks Koepka’s time. Or Tony Finau’s. Both seem to have a game suited for winning a tournament like none other, though neither has done so yet.

• For the past couple weeks there has been talk around the Spokane basketball community concerning Gonzaga assistant Tommy Lloyd. Not about the latest recruit he’s helped guide from overseas to Spokane. And not about his presence on the GU bench as the Zags made their second Final Four run in the past five years.

Nope, the whispers concerned Lloyd and a Pac-12 head coaching job, even if none were open at the time.

There is one open now. And Lloyd’s name is prominent among the candidates to fill it.

The University of Arizona fired Sean Miller yesterday, ending a long relationship due to a lengthy NCAA investigation that included the dreaded allegation of lack of control from the head coach.

As West Coast programs go, there is Gonzaga then everyone else. But right at the top of that “everyone else” list is UCLA and Arizona. With the Bruins not on option after their successful 2021 NCAA run, that leaves the Wildcats. It’s about the only western school that makes sense for Lloyd, Gonzaga’s coach-in-waiting.

Whether he wants to leave Spokane is not something we know. But after 20 years around GU, it may be time. And, reportedly, UA President Robert Robbins, is enamored with Lloyd. 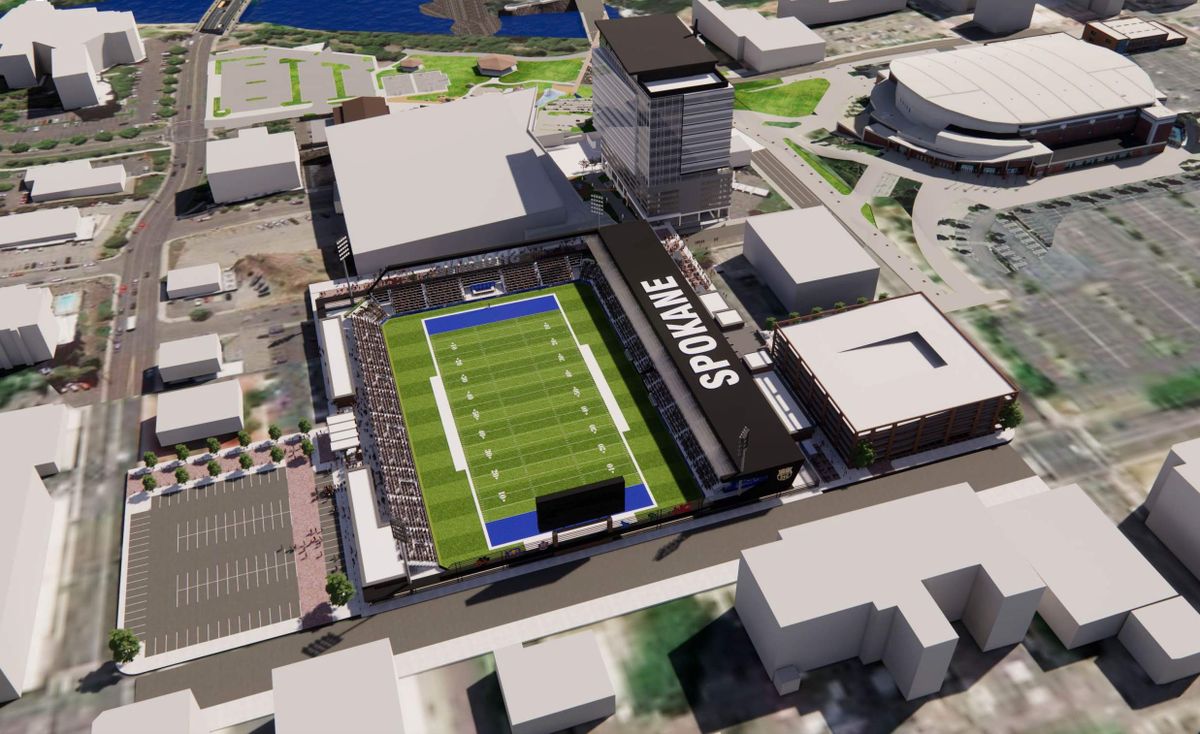 • The Spokane school board is headed toward a decision on where to build a new football facility for the district. The board was moving toward rebuild a smaller Albi Stadium, of course, after years of wrangling and proposals. But a new offer for the previously rejected downtown stadium, one that has a financial benefit for the district, is back on the table.

You know who is supporting the downtown option? The athletic directors at the districts’ high schools. Dave Nichols spoke with all five recently and presents their comments in this story.

It gives us an excuse to remind everyone once again that the advisory vote of a couple years ago, based on a proposal that has changed considerably, included only those folks who live in the City of Spokane. Some who could vote do not live in the district. And some district patrons were not part of the vote.

(Need proof? View these Molly Quinn-produced maps the S-R recently ran with the district redistricting proposals. You will see the district boundaries as well as the city’s. They don’t correspond, especially in the Southeast part of the district as well as the West Plains. Some of the district’s patrons live in Spokane Valley and many in the county. Some city residents are in the Cheney school district. It’s analogous to allowing Vancouver, British Columbia residents to vote for U.S. president but not allowing those folks who live in Vancouver, Washington to have a say.) 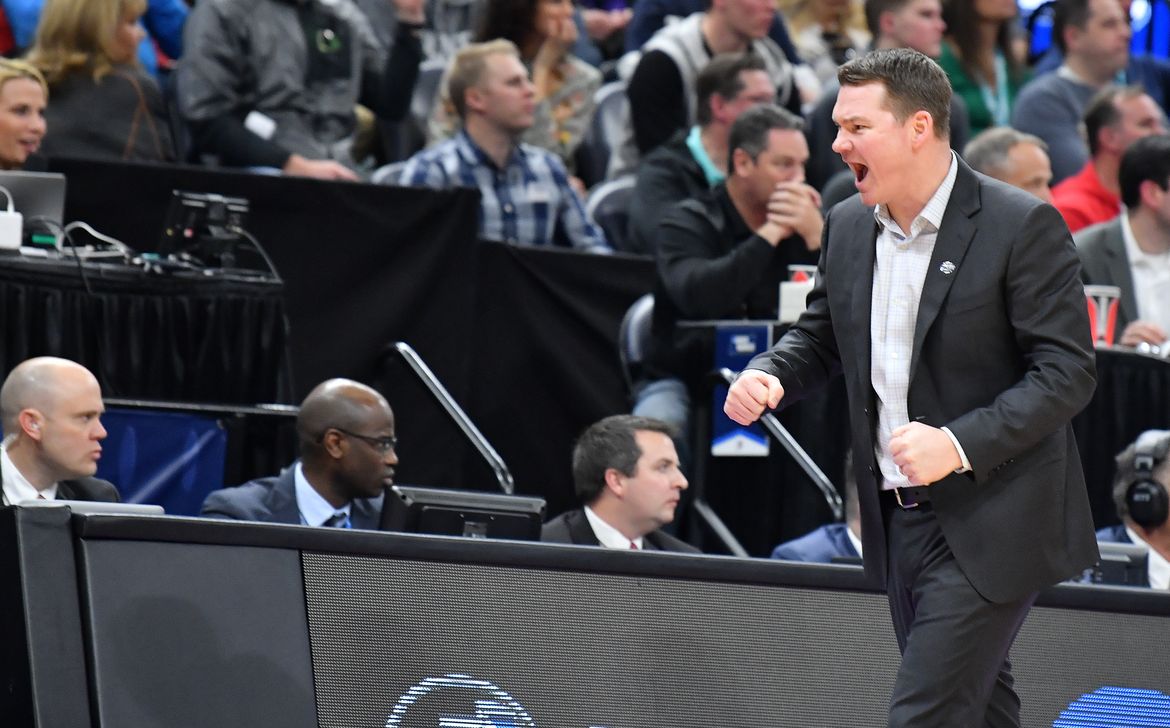 Gonzaga: Of course Jim Meehan has you covered on the Lloyd situation with this story. We also can pass along a photo gallery featuring the veteran assistant. … Larry Weir addresses such subjects in the latest Press Box podcast. … Elsewhere in the WCC, BYU’s Mark Pope has also been mentioned concerning the Arizona opening.

WSU: The baseball team picked up another nonconference win yesterday. … Around the Pac-12 and college basketball, there could be changes ahead for the conference’s transfer rules. … Oregon has lost a couple of women’s players to the transfer portal. … The biggest news Wednesday, of course, was Arizona’s decision. The reasons are self-explanatory. The replacement may not be. There are many names being mentioned. … The NCAA run will help UCLA in may ways. … In football news, a Washington player was injured so badly last season his football career is over. … The leader of Oregon’s quarterback derby is the player expected. … An injured Colorado player likes how his injury has progressed. … USC may have lost a defensive back for the season. … Utah’s tight ends are a strength. … The Utes have a leader in their quarterback derby. … Finally, Stanford seems to be reexamining its decision to drop 11 sports.

EWU: Around the Big Sky, Weber State has attracted a basketball transfer. … Montana State’s spring practice continues under the new staff. … Montana prepares for a game with Central Washington.

Preps: Besides Dave’s story about the stadium, he also has another story on the new coaching staff at Ridgeline High. … It’s the last weekend of football as well and Dave has a preview. … Our buddy Todd Milles has a story on how former WIAA executive director Mike Colbrese is passing his time these days.

Chiefs: It had to happen sooner or later. It happened last night. Spokane picked up its first win of the add Western Hockey League season. Kevin Dudley has the coverage of the 5-2 home victory over Tri-City.

Mariners: A seven-run sixth inning lifted Seattle to an 8-4 win over the White Sox. … The M’s placed two players on the injured list.

• The atmosphere around Augusta National seems normal today, though there are no crowds to speak of. The traditionally tight-lipped club won’t say how many patrons will be allowed on the course but it certainly doesn’t look like many this Thursday. In other words, don’t expect roars. Until later …