Arizona fired head coach Sean Miller on Wednesday, creating a vacancy at one of the top men’s basketball programs in the West.

Gonzaga assistant coach Tommy Lloyd is considered one of the leading candidates to replace Miller.

Lloyd, an assistant at Gonzaga for two decades, has been instrumental in the program’s emergence as a national power. He’s the head coach in waiting if Mark Few were to leave the position, as stipulated in Lloyd’s contract.

Few doesn’t appear to be in a hurry to go anywhere after guiding Gonzaga to a pair of national championship games, two Elite Eights and two Sweet 16s in the past six NCAA Tournaments.

“Just this year alone there’s been three jobs, prior to (Arizona) that his name has been part of or they seriously reached out and tried to connect with him,” said Roth, who hadn’t spoken to Lloyd or Arizona administrators on Wednesday. “That’s probably been (the case) the last five to six years on average. These are Division I jobs and jobs in multibid leagues.”

Lloyd is frequently mentioned as one of the top assistant coaches in the nation with his recruiting efforts domestically and internationally, player development and game-planning.

“We’ll continue to do our best to let him know this is where we want him to be a head coach someday when the time comes and we want him between now and then to help us be one of, if not the best, basketball programs in the country.”

Early speculation has centered on Lloyd, Musselman and Stoudamire, according to the Arizona Daily Star. Gonzaga is scheduled to entertain Arizona in November.

Arizona athletic director Dave Heeke said he will consider candidates with or without ties to the program. He added the school will “move very quickly, as quickly as possible” to find the next coach.

Gonzaga basketball has a connection with prominent Arizona boosters Jeff and Sharon Stevens. Their son, Colin, was a three-year manager for the GU men’s team before graduating in 2013. The Stevenses were major supporters of the Stevens Center, a state-of-the-art indoor tennis and golf facility on Gonzaga’s campus.

Miller’s status had been in question as Arizona awaits punishment from the NCAA stemming from the 2017 FBI investigation into corruption in college basketball recruiting.

The school issued a self-imposed postseason ban and didn’t participate in the Pac-12 Tournament.

Arizona has been one of college basketball’s top programs for decades, in large part because of the arrival of coach Lute Olson in 1983. The Wildcats played in 25 consecutive NCAA Tournaments from 1985-2009, although 1999 and 2008 were later vacated due to NCAA transgressions.

The Wildcats won the 1997 national championship, lost to Duke in the 2001 title game and reached Final Fours in 1988 and 1994. Olson’s teams won 587 games and produced numerous NBA players in his 25 seasons.

Miller led Arizona to three Elite Eights in his 12 seasons, but the Wildcats haven’t won an NCAA Tournament game since 2017. 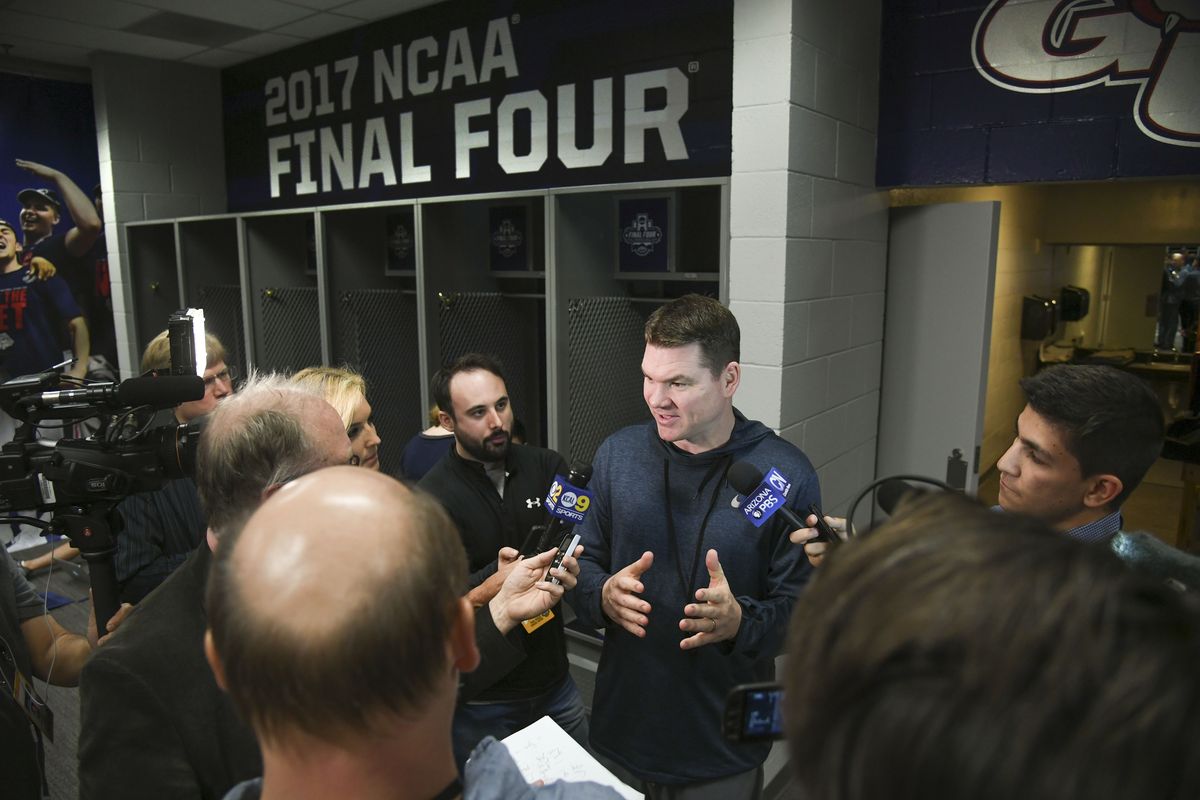