A GRIP ON SPORTS • Robbie Cowgill sat on the Washington State bench on cold December night in Stillwater, Okla. back in 2004. The Cougar freshman forward was watching a first half he couldn’t believe. He turned to the person next to him and asked, in all seriousness, “Do you think we will ever score again?” One has to wonder if anyone on the Arizona State bench last night asked the same question.

• The Oklahoma State game was etched in Cougar lore. Dick Bennett’s prized recruiting class, with players attracted from all over the country, suffered an 81-29 defeat against the sixth-ranked Cowboys. It was the epitome of Bennett’s re-building philosophy based on kids who could learn from losses. When that same team left Friel Court four days later, they had just put a scare into 25th-ranked Gonzaga, losing 54-52. 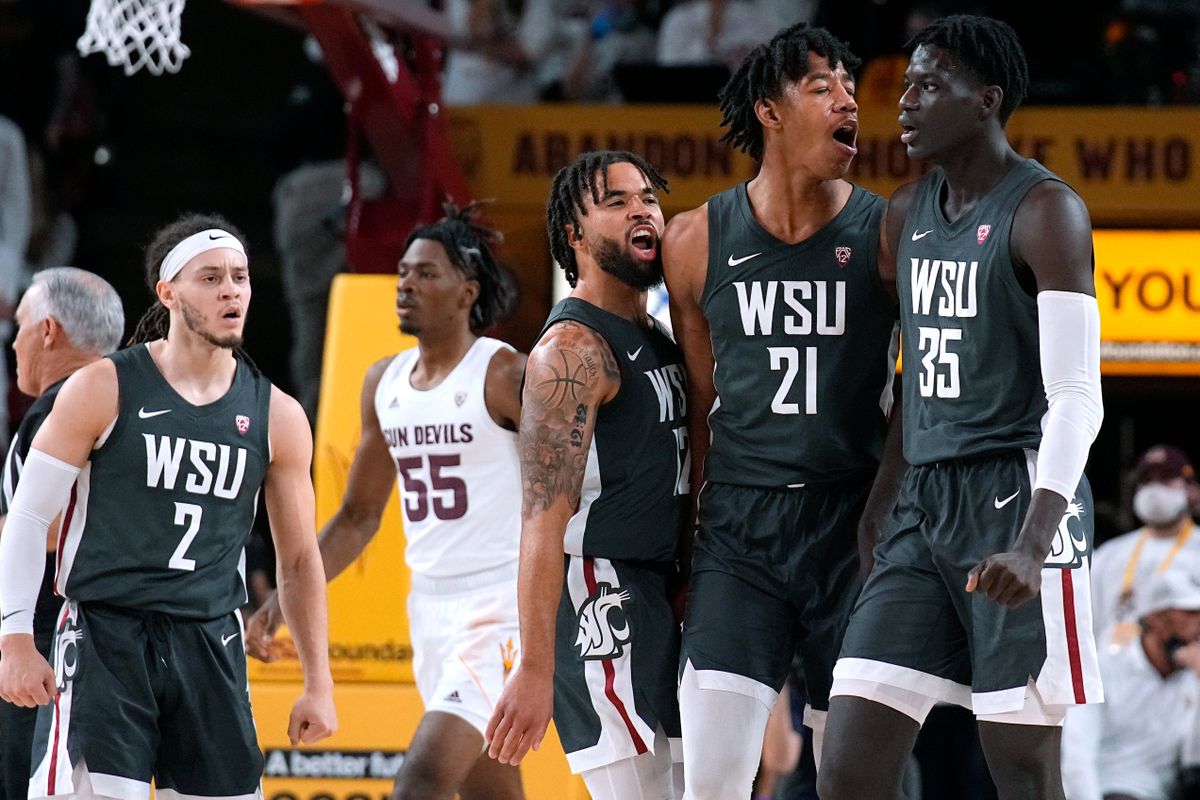 We’re sending this sentiment out this morning to Bobby Hurley, the seventh-year coach at Arizona State. See, last night Kyle Smith, in his third year at Washington State, watched his Cougar put an Oklahoma State-like beating on ASU, 51-29 in Tempe to open Pac-12 play.

Do you think Smith turned to assistant Jim Shaw during a first half in which the Sun Devils scored 10 points and asked, “Do you think they will ever score again?”

Probably not. Coaches are not wired that way. More than likely up to the final few seconds, Smith was worried about some sort of breakdown that would inspire a legendary comeback. Instead all that happened was ASU was chased from the court by boos as the Devils headed back to their locker room, having scored fewer points than any game since 1946.

Washington State blew a nearly 20-point lead its last time out and lost, at home, to Eastern Washington. It was its first loss of the season. If Smith had envisioned a bounce-back game in which his Cougars would score just 18 first-half points, he probably figured there was some hangover. Instead it was fueled by some anger. 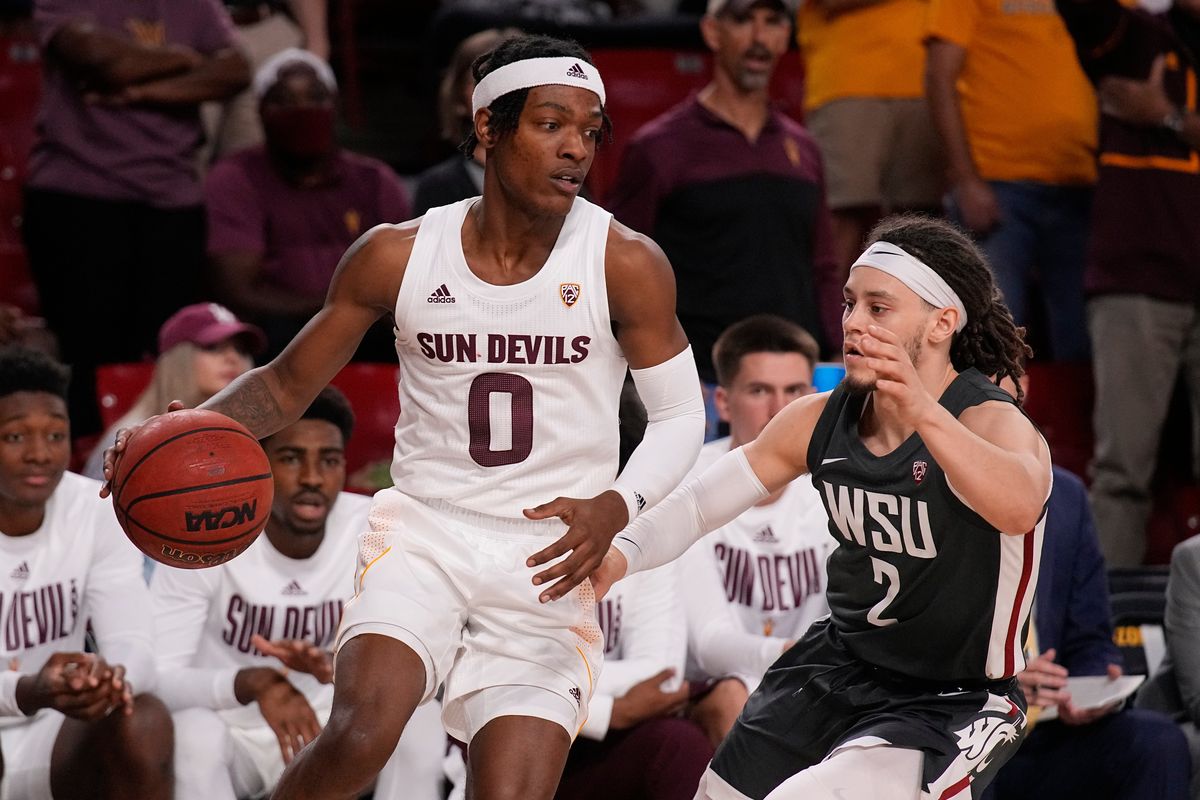 And the Cougars played angry until the final buzzer, holding Hurley’s Sun Devils to their worst offensive performance of his tenure. They may have lost the other night, but there were lessons learned.

The beatdown came at the perfect time for WSU. After the Eastern loss, it was OK to wonder if its six-win start was a product of schedule, not ability. But last night the Cougars showed there is substance there as well. With 20th-ranked USC coming to Pullman on Saturday, Smith’s team has a chance to make a splash in the national consciousness.

It may not take another 29-point defensive performance, but that wouldn’t hurt. After all, scoring 30 to win and start the Pac-12 play 2-0 would be an accomplishment even Cowgill could appreciate.

• Major League Baseball teams earmarked more than $1.4 billion in new salaries yesterday, then locked out its players just before midnight.

Seems like two things at odds with each other, doesn’t it?

The system is broken. Everyone agrees on that. It is a system that has roots in the 19th century and never really got away from that history of owner dominance, even when the Supreme Court pulled out its underpinnings almost a half-century ago.

Ever since, ownership has done everything it could to control player movement, all the while using the same movement to help build teams. Players have made mistakes in negotiations, allowing unforeseen consequences and limiting their power and earning capacity. Both sides want change. It’s just they have different ideas of what that would entail.

So for the first time since the Clinton presidency, there is a work stoppage. The next couple months it doesn’t really matter. But come February, it will. Let’s hope it’s over by then. 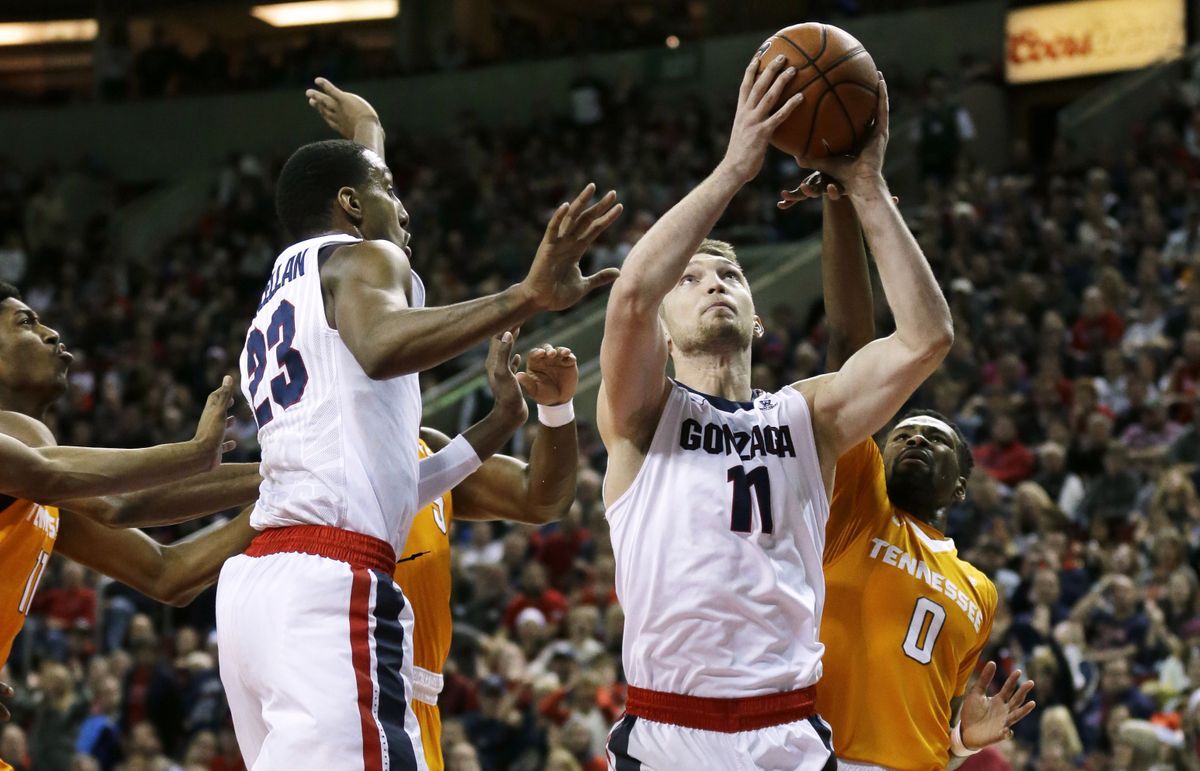 Gonzaga: Tommy Lloyd spent more than 20 years in Spokane, all but a little bit of it as a GU assistant. Now he’s the head coach of Arizona. The undefeated head coach of Arizona. Jim Meehan caught up with Lloyd in Las Vegas last week right after the Wildcats had upset Michigan to catch the national eye. This story is the result. … This Saturday the Bulldogs return to what was once known as Key Arena for what was once known as the Battle in Seattle. Neither survived into the coronavirus era. But the memories have. Theo Lawson delves into them in this story. … Did you watch Gonzaga’s loss to Duke on TV? The Dickie V Return Game as it shall forever be known? If you did, you were not alone. The numbers were staggering. Jim has that story as well. … Around the WCC, No. 12 BYU lost at Utah Valley State and suffered another loss that will probably resonate all season. … USF is riding high and Todd Golden is reaping the benefit. … San Diego couldn’t get shots to fall and lost at Fresno State. 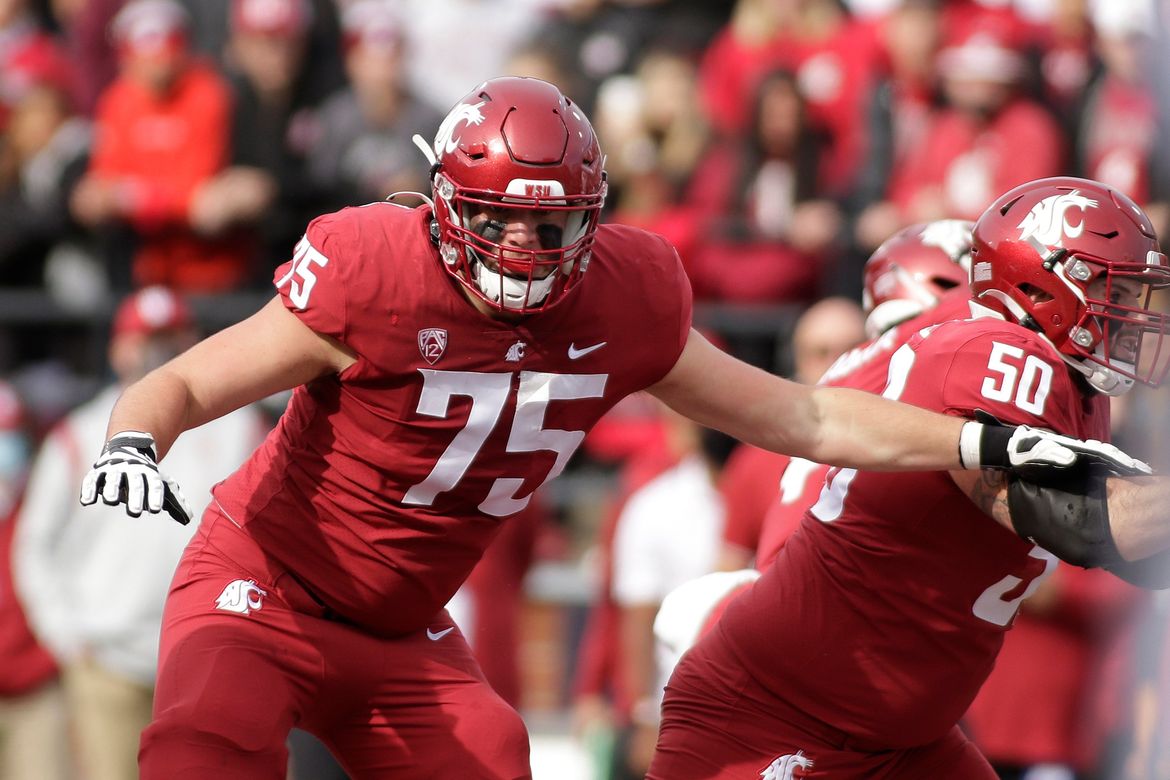 WSU: Cade Beresford, who has started some games on the offensive line this season, and his linebacker brother Jack, have entered the transfer portal. Colton Clark has a story on the brothers leaving Pullman. … Don’t forget, WSU plays Northern Colorado today in the first round of the NCAA volleyball tournament. … Elsewhere in the Pac-12 and college football, relentless is the word new Washington coach Kalen DeBoer hopes everyone uses to describe him. Will he use that trait to lure Jake Haener back to the Emerald City? … The rematch with Utah in Las Vegas will force Oregon to change directions. After all, the Ducks path in the first meeting against the Utes ended up in defeat. … Former Washington State linebacker Johnny Nansen, from the Palouse Posse days, is leaving UCLA and taking over as defensive coordinator at Arizona. … In basketball news, Washington had to postpone its trip to Tucson for its conference opener. The Huskies have COVID-19 issues. … Oregon State is dealing with an awful start to the season. … Oregon has stumbled some too but not last night against UC Riverside. … UCLA opened Pac-12 play by grinding out a win over visiting Colorado. The Buffs couldn’t crack the Bruin defense often enough. … Utah dropped its opener against USC and Boogie Ellis. The visiting Utes also lost another player. 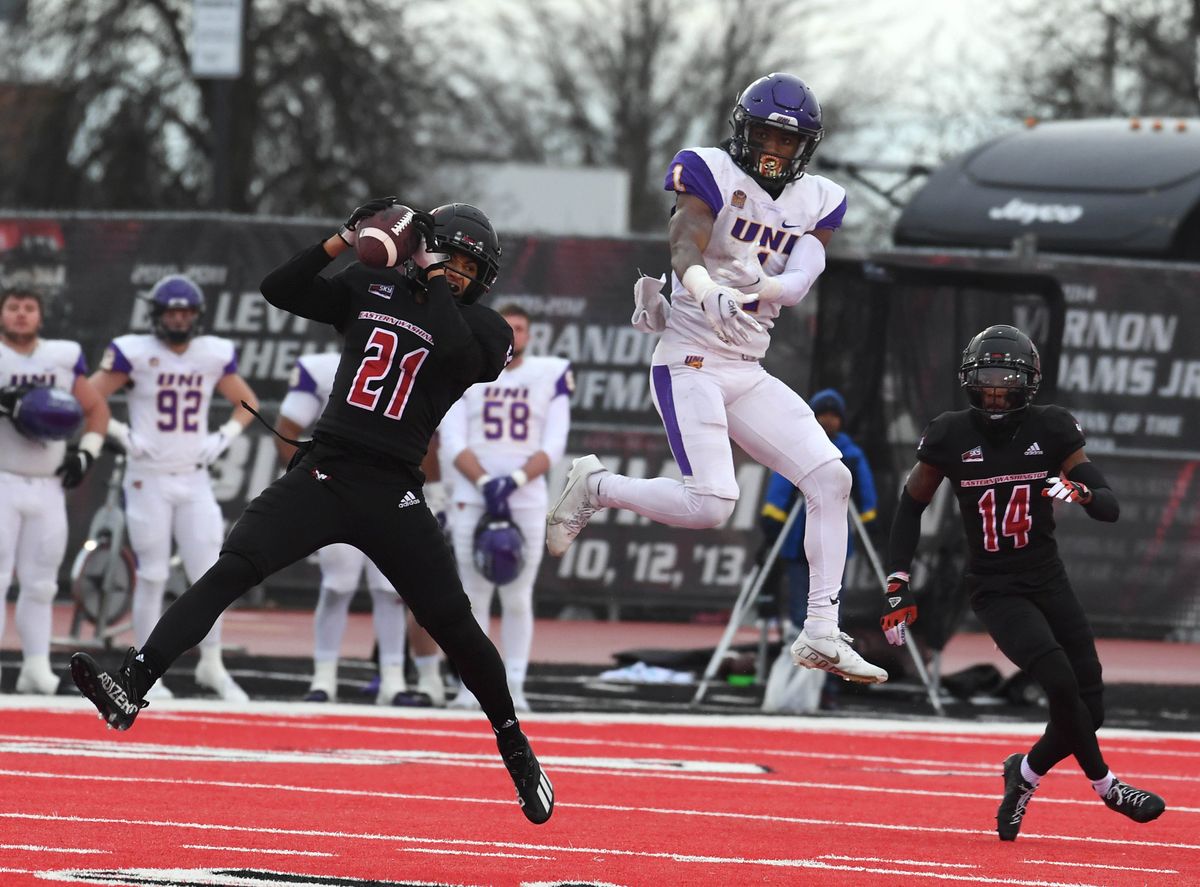 EWU: We’ll start with Friday night’s game in Missoula (fixed from earlier). Though Eastern has a win over Montana already this season, the Eagles know this one, in the FCS playoffs, will be a different animal. Dan Thompson has more in this piece. … Dan also previews tonight’s Big Sky opening basketball game against Southern Utah. … Speaking of a playoff preview, Larry Weir has one in his latest Press Box podcast. … Back to football around the Big Sky, Cam Humphrey has always been a leader at Montana. … Montana State’s Troy Anderson has a intriguing future. … In basketball news, Montana hopes to get this season’s first road win at Sacramento State. … Defense travels, which is what Montana State is counting on. … Weber State enters conference play undefeated.

Preps: There were some high school hoops last night. Dave Nichols has a roundup.

Seahawks: A decade ago, signing Adrian Peterson would have been front page news. Now it’s just another transaction as Seattle tries to resurrect its near-comatose running game. … Russell Wilson can play and heal at the same time, according to Pete Carroll. … The 49ers are headed to town. 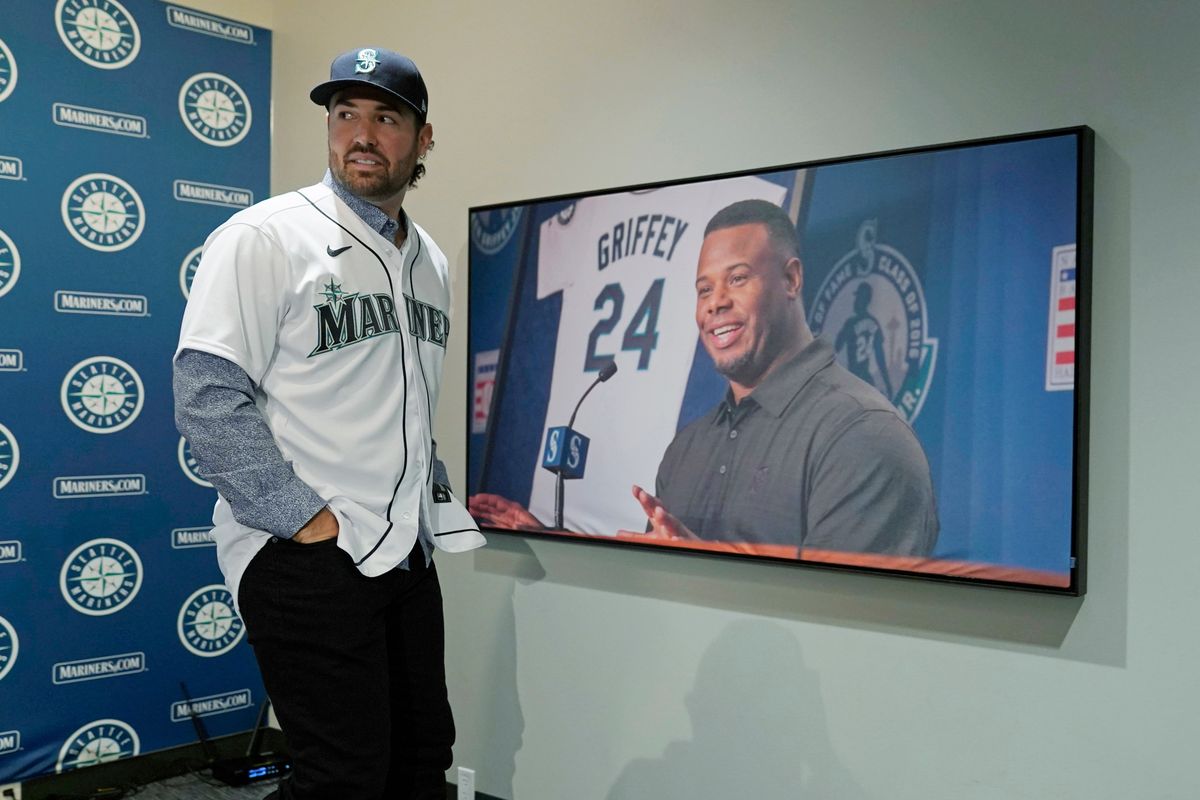 Mariners: How did the M’s entice Robbie Ray to leave Toronto, where he won a Cy Young last season, and head south (and a long way west) for next baseball season? It’s a long story, told more than once. … The M’s also signed a relief pitcher yesterday. … The Ray signing is just another sign the Mariners are about to take over the Seattle sports scene.

Sounders: There will be a minor league soccer team in Ballard.

• There was no way I was going to work this morning. Not after getting home at midnight and in bed near 1 a.m. But the puppy had other ideas. Sleep past 6? Hah. Get up. I’m the baby. Gotta love me. Yes, he survived the early morning wakeup call. Barely. I’m not sure my syntax and grammar did, though. By the way, Kim and I drove to Walla Walla last night. The team took a bus, which happened to break down in the parking lot. I’m not sure when they got home. The ongoing adventure that is high school sports folks. Until later …