By Eli Francovich and Colin Tiernan The Spokesman-Review

NESPELEM, Wash. – While surveying a stand of blackened ponderosa pines on the Colville Reservation, Shay Logue considered the changes he’s seen during a 27-year-career fighting wildfires.

“It’s definitely gotten worse,” he said Sunday. “Even in 1994, a large fire was 10,000 acres … but now, it’s tenfold. A large fire is 100,000 acres and they’re more frequent. Call it climate change or call it whatever, something is definitely different on the landscape.”

Logue is a forester for the Bureau of Indian Affairs now, but when the Chuweah Creek fire started last week, he was on the front lines protecting homes and buildings. On Sunday, he was surveying some of the timber that burned during last week’s fire.

As he surveyed, more than 300 firefighters continued to fight the 35,413-acre Chuweah Creek fire, which started on July 12 near Nespelem, Washington. 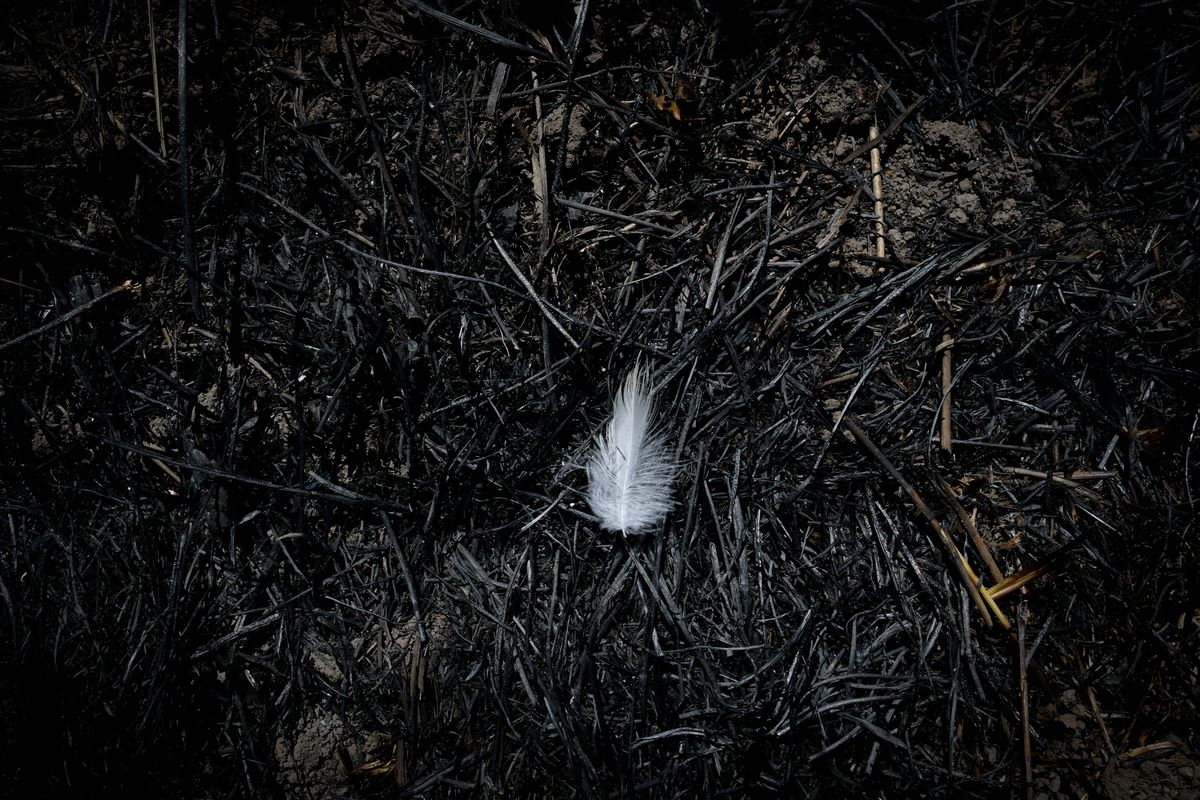 As of Sunday afternoon, the fire was 35% contained, according to fire spokesperson Liv Stecker. Despite the increased containment, winds grew the fire in its northeast corner where it was burning in heavy timber.

“It has grown some,” Stecker said. “I’m sure we will see a little bit of an increase in acreage tomorrow.”

Crews from the Chuweah Creek fire have been assisting on the Summit Trail fire, a reflection of how thinly stretched western wildfire agencies are, Stecker said

That’s because fire season started earlier than normal, meaning many crews weren’t ready to go. Additionally, fires have started in Oregon, Washington, Idaho and Montana – all at the same time. Finally, the fire season in the southwest has lasted longer, limiting the overall number of resources that can be shared between regions.

“This is a whole different scenario where everything has taken off at once,” she said.

There are about a dozen fires in our region that haven’t been contained and are larger than 1,000 acres.

The Red Apple Fire near Wenatchee in Chelan County has burned 11,952 acres and is 78% contained. The U.S. Forest Service estimates the fire will be 100% contained by the end of the day Monday.

Warner Canyon evacuation notices have fallen from Level 3 to Level 2, meaning residents can return to their homes but should still be prepared to leave. Residents in Nahahum Canyon are in Level 1, meaning they should stay up-to-date on the fire.

The Cub Creek 2 fire has burned 4,690 acres in the Okanogan National Forest five miles north of Winthrop, in the Cascades. There are 152 people fighting the fire.

The Cedar Creek Fire has burned 4,080 acres six miles west of Mazama. There are 256 people fighting the fire. People living south of the Methow River and west of Lost River Road are at the Level 2 evacuation notice and should be prepared to evacuate.

The Forest Service has closed the entire Umatilla National Forest due to a handful of fires.

The Lick Creek Fire (formerly known as the Dry Gulch Fire) in the Umatilla National Forest of southeastern Washington has burned 68,153 acres in Garfield and Asotin counties. The fire is 40% contained and 589 people are fighting the fire.

The Green Ridge Fire in the Umatilla National Forest in Washington has burned 1,067 acres and is 15% contained. There are 292 people fighting the blaze.

The Elk Creek Fire in the Umatilla National Forest on the Oregon side of the state line has burned 10,941 acres and is just 10% contained.

The Snake River Complex Fire has burned 103,907 acres just 20 miles south of Lewiston. The fire is burning parts of southeastern Washington, but is mainly in west-central Idaho. It is 44% contained. There are 400 people fighting the burn.

Nez Perce County residents along Redbird Road, Waha Glen, Waha Road and all roads off of those roads are under Level 2 evacuation orders, meaning they should be prepared to leave. Stagecoach Road residents are also in Level 2.

Residents on Zaza Road and Deer Creek Road are under Level 3 orders to evacuate the area.

In Lewis County, residents of the Forest, Marek and Morrowtown areas are under Level 2 orders, meaning they should be prepared to evacuate.

The Summit Trail fire on the Colville Indian Reservation has burned 2,031 acres 17 miles west of Inchelium. The fire is 0% contained. There are 139 people fighting the fire.

The Confederated Tribes of the Colville Reservation have closed all forest roads to the public. County and state roads remain open.

The Character Complex fires have burned 3,692 acres in the Coeur d’Alene National Forest north of Kellogg. There are 342 people fighting the fire. The fire is 0% contained. Many roads and trails in the area are closed.

The Cougar Rock Complex fires have burned 4,066 acres northwest of Dworshak State Park. There are 401 people fighting the fires, and the fires are 15% contained.