Police arrested a man Friday in connection to the arson that destroyed part of St. Charles Parish School March 18, according to a Spokane Police Department news release.

Forensic evidence collected at the scene also connected Mirabal to the burglary and arson, according to the release. Mirabal has two prior misdemeanor convictions and does not have a permanent address, the release said.

Mirabal was still in Spokane County Jail as of Friday evening, when about 80 parishioners gathered in the church’s parking lot to pray the rosary in response to the arson and for Rev. Esteban Soler, who was sleeping as the fire grew. A passing police officer saw the flames and woke Soler up by banging on the building’s windows.

“By the grace of God he was saved,” parishioner Ashley Osborne said Friday. 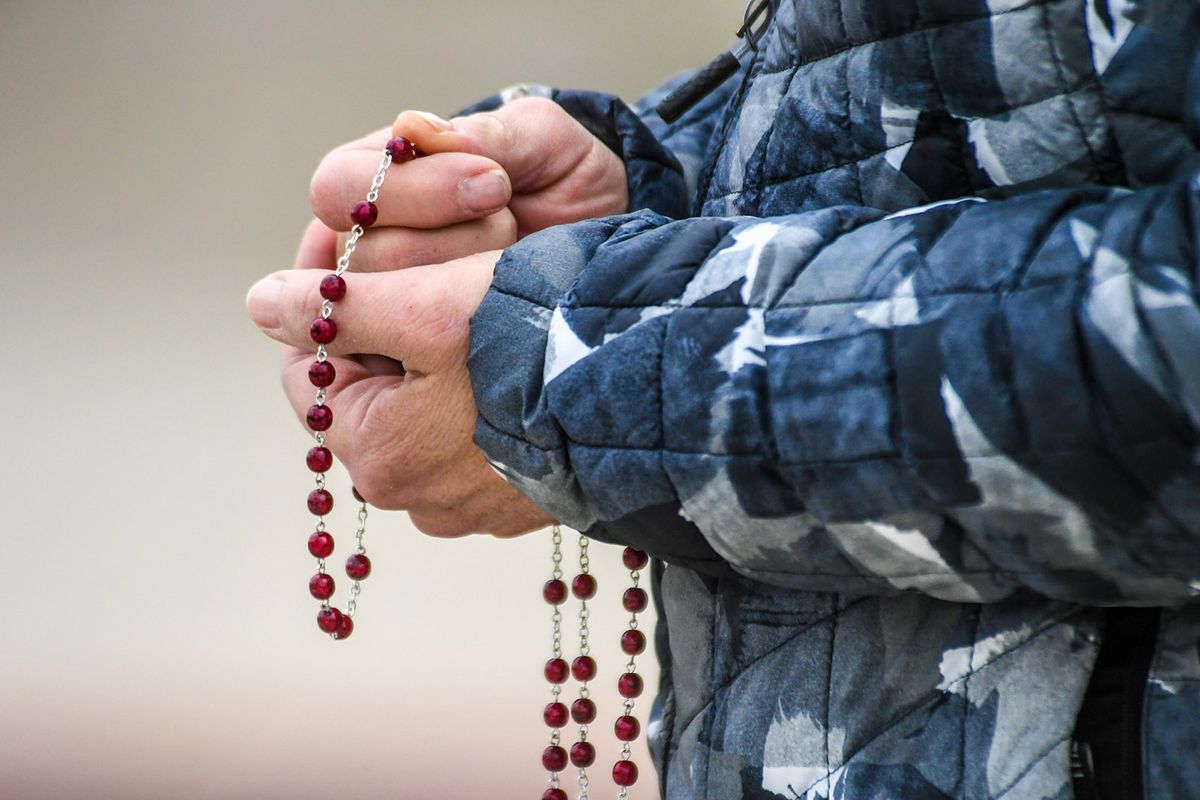 Parishioners hold Rosary beads and pray during a gathering at St. Charles Catholic Church, Friday, March 26, 2021, in Spokane. The service was to pray for the parish following last week’s arson fire at the school building (DAN PELLE/THE SPOKESMAN-REVIEW)

After the prayer, Soler took the microphone and reminded parishioners to also pray for whoever set the fire.

“Every difficulty, as heavy as it may seem, is an opportunity for God to work with his grace and to empower us with the same grace,” Soler said. “Let us never be discouraged, let us look forward, let us keep rebuilding and let us keep growing with the grace of God.”

For Emelie Braxton, whose children include one first grader and two preschoolers at St. Charles, the fire has meant even more teaching from home. She’s reminding herself that the situation is temporary as the school looks for an alternate space .

She’s also been reminding herself that, “God teaches us to forgive even when it’s hard.”

Osborne is equally hopeful about rebuilding and called the arrest Friday, “a little closure.”

“It just makes me sad that they lit the school on fire because I love the school a lot,” Norton said.