A GRIP ON SPORTS • You want to know why Washington won the Apple Cup last night? It’s simple. The Huskies were the better team. No other explanation is needed.

• The simple explanation for UW’s victory is also an indictment of the former coaching staff. Working with many (read: most) of the same players who lost at home to the Cougars by 27 last season, Kalen DeBoer and his staff have engineered a remarkable turnaround. 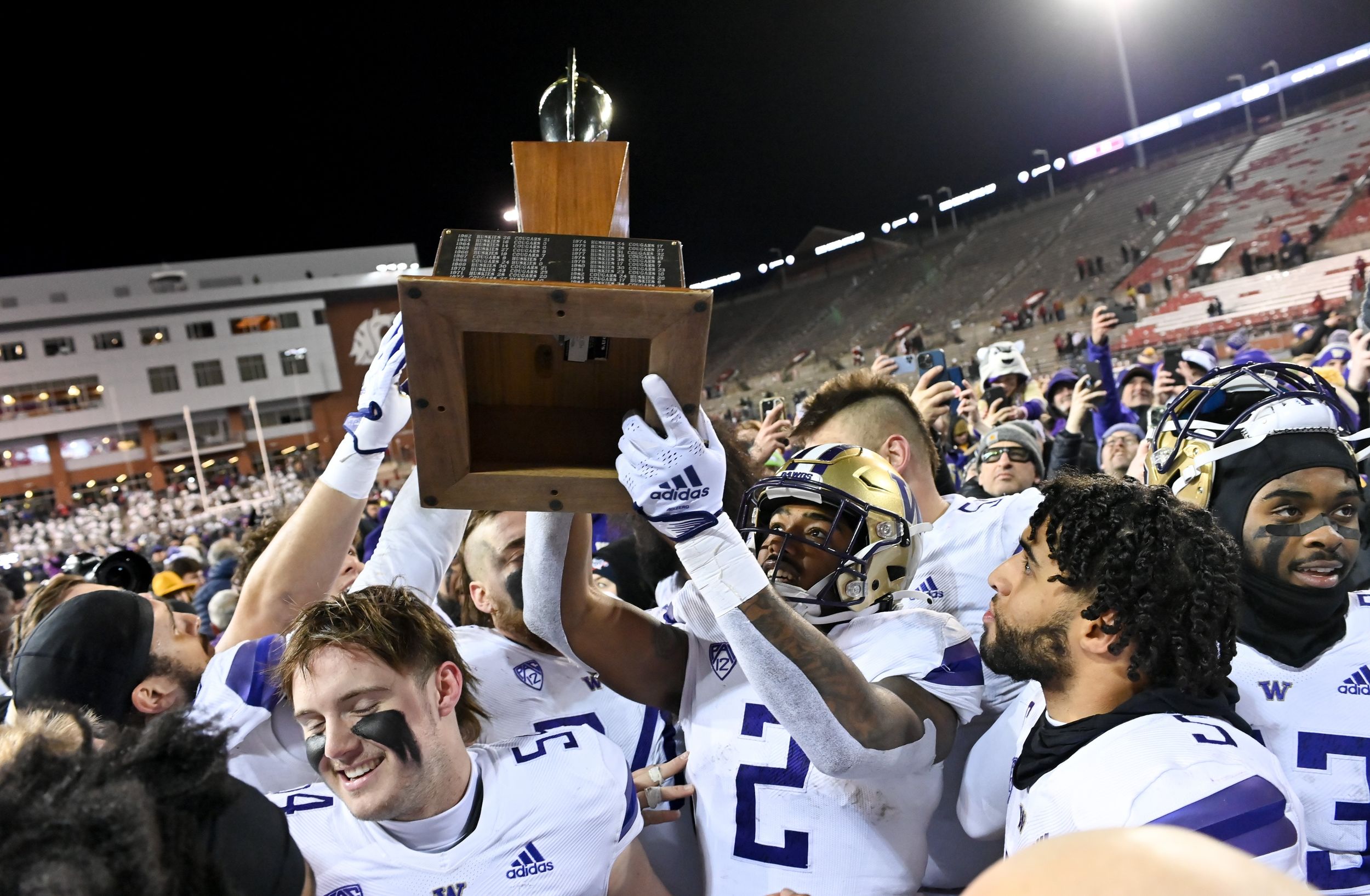 But the foundation was always in Seattle.

The Huskies’ offensive line was the biggest reason they had more than 700 yards of total offense last night. It’s a group that doesn’t feature a bunch of transfers. Sure, they are working in front of a better quarterback, but Michael Penix Jr. wasn’t a sure-fire NFL prospect when he transferred from Indiana. He is now.

Or, at the least, looked like one Saturday night.

The defense isn’t overpowering. But the Washington staff found a way to cover for a secondary that has trouble doing that. It’s just remarkable this group of Huskies is one bad loss in the desert – the Arizona State debacle seems so odd now – from being in the CFP picture.

How does that happen?

• A quick thought for a Sunday morning. The World Cup may be the most screwed-up sporting event in the, well, world.

And here is the main example: The tournament starts with group play. Four teams. Three matches. Everyone plays everyone. Three points for a win, one for a draw. Two teams move on, two teams are eliminated. Straight forward. Simple.

Take the group the U.S. is in. England leads with four points. Iran has three. The U.S. has two and Wales one. Simple. Iran and the U.S. play. If the U.S. wins, it moves on no matter what. Same with Iran. Simple.

But it gets tricky with the other match. What if Wales plays incredible, gets a late goal and defeats England 1-0. Both countries would have four points. Logic dictates Wales would move on, right? Only makes sense. It won the head-to-head battle.

Uh, no. The first tiebreaker for this messed up tournament is score differential. Not head-to-head.

In every other competition logic is used. A win between teams is the first tiebreaker. It’s even used in major soccer competitions like the Champions League. But not in the World Cup. With its twisted logic, England’s 6-2 win over Iran would end up meaning more than a loss to the team it tied with in the standings.

No wonder this tournament is being played in a country with the same population as Kansas or Mississippi. The people who make the decisions don’t know how to make a decent one. 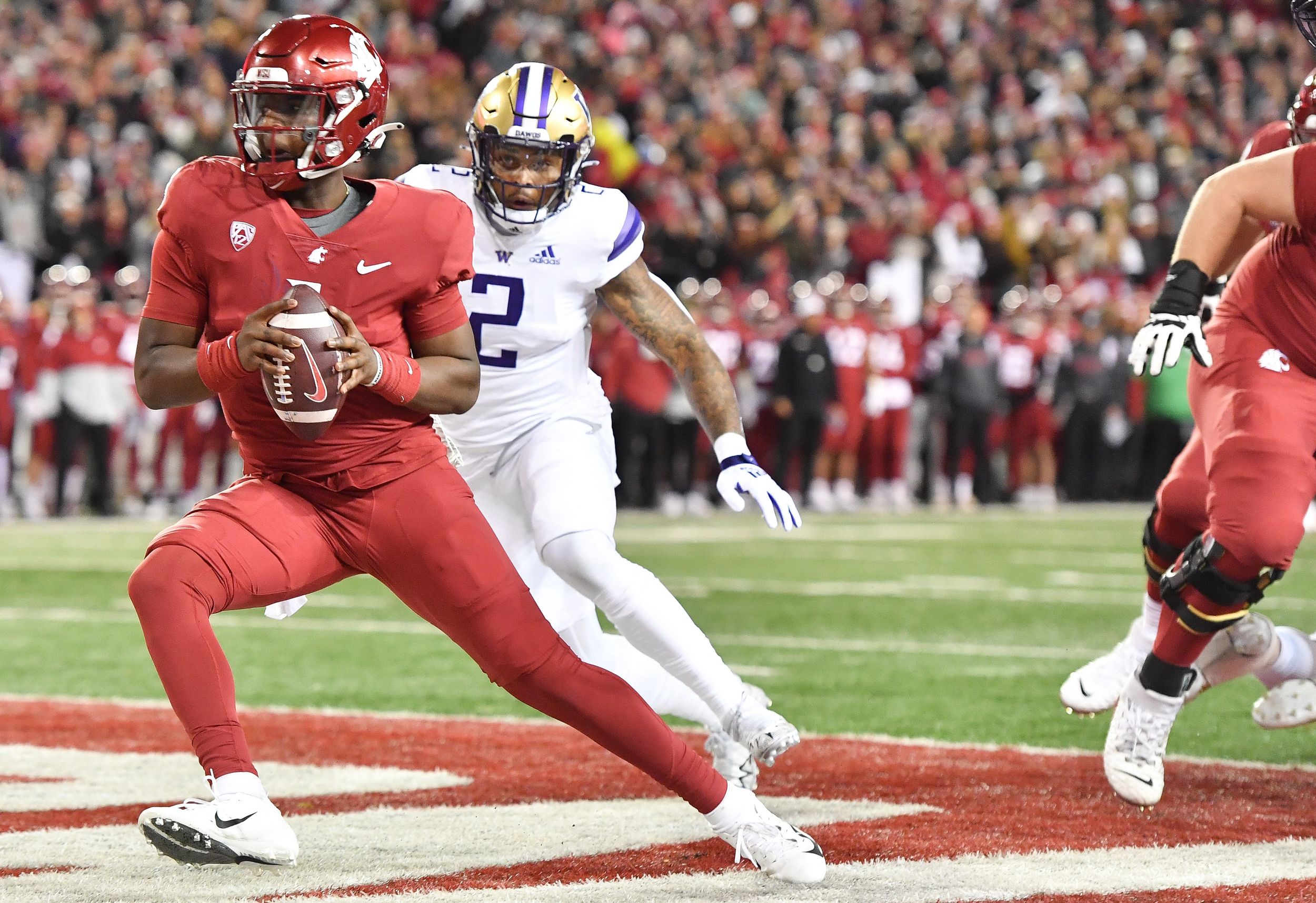 WSU: The coverage of the Apple Cup begins with Colton Clark’s game story. Actually, it began with his story on some unexpected injuries, one of which really hurt the defense. … He also has the difference makers. … Dan Thompson has a column from Pullman on the Cougars’ defeat. … Tyler Tjomsland has the game in photographs. … The folks in the office took care of a recap with highlights. … We watched at home as ESPN’s second-stringers brought us the broadcast. … There is plenty of coverage from the West Side of the state, including the accurate description DeBoer’s turnaround was special, the game was special and the Huskies’ season was special. … Elsewhere in the Pac-12 and college football, the biggest news last night wasn’t the game results. It was Stanford’s David Shaw stepping down, saying it was time to move on. He announced his decision after a season-ending loss at home to BYU. … Jon Wilner has his usual Saturday night column. … Dan Lanning once again made an odd fourth-down decision and, once again, it cost him in a come-from-way-ahead loss at Oregon State. The Beavers ran over the Ducks when the game mattered most but Oregon contributed greatly to its demise. … Caleb Williams made a huge Heisman statement in the Coliseum as he led USC to a convincing win over visiting Notre Dame. The Trojans have one more chance to make a CFP statement – and avenge its lone loss. … Utah will be their opponent Friday night in Las Vegas after the Utes rolled over the Pac-12’s worst team, Colorado, in Boulder. It was never close. One wonders if even Deion Sanders can turn it around for the Buffs. … UCLA has a bowl game to play. … Arizona State has hired going to hire Oregon’s offensive coordinator Kenny Dillingham as its new coach. Don’t let him call fourth-down plays. … Arizona has turned a corner. … In basketball news, Colorado faces off with Yale. … Utah picked up a win Saturday.

Gonzaga: The Zags will try to put its Purdue loss in the rearview mirror against Xavier today. Jim Meehan has a preview and the key matchup. … Theo Lawson takes some time to look at what’s happened thus far in Portland. 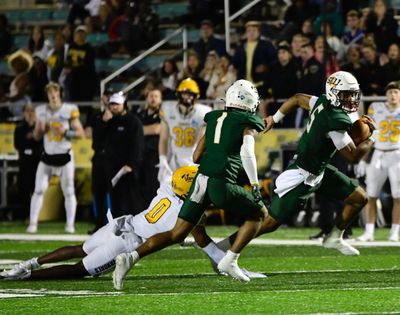 Idaho: It all came down to a medium-length field goal to tie. After a key late-game turnover, after a few hours of hard-hitting football, all the Vandals needed was a 39-yard field goal with 11 seconds left to tie its FCS playoff game at Southeastern Louisiana University. It missed. And UI’s season ended in a 45-42 defeat. Peter Harriman has the details in this story. … Elsewhere in the Big Sky, Montana was given the gift of a first-round game at home and it certainly helped the Griz defeat the visitors from Missouri. … Weber State also picked up a home win, holding on to defeat North Dakota 38-31 … In basketball news, Montana State lost again. … Northern Colorado picked up a win. … Northern Arizona begins a homestand. … Montana is set for a road trip.

EWU: The Eagles head into an odd offseason. Dan Thompson has some thoughts on what needs to be done. 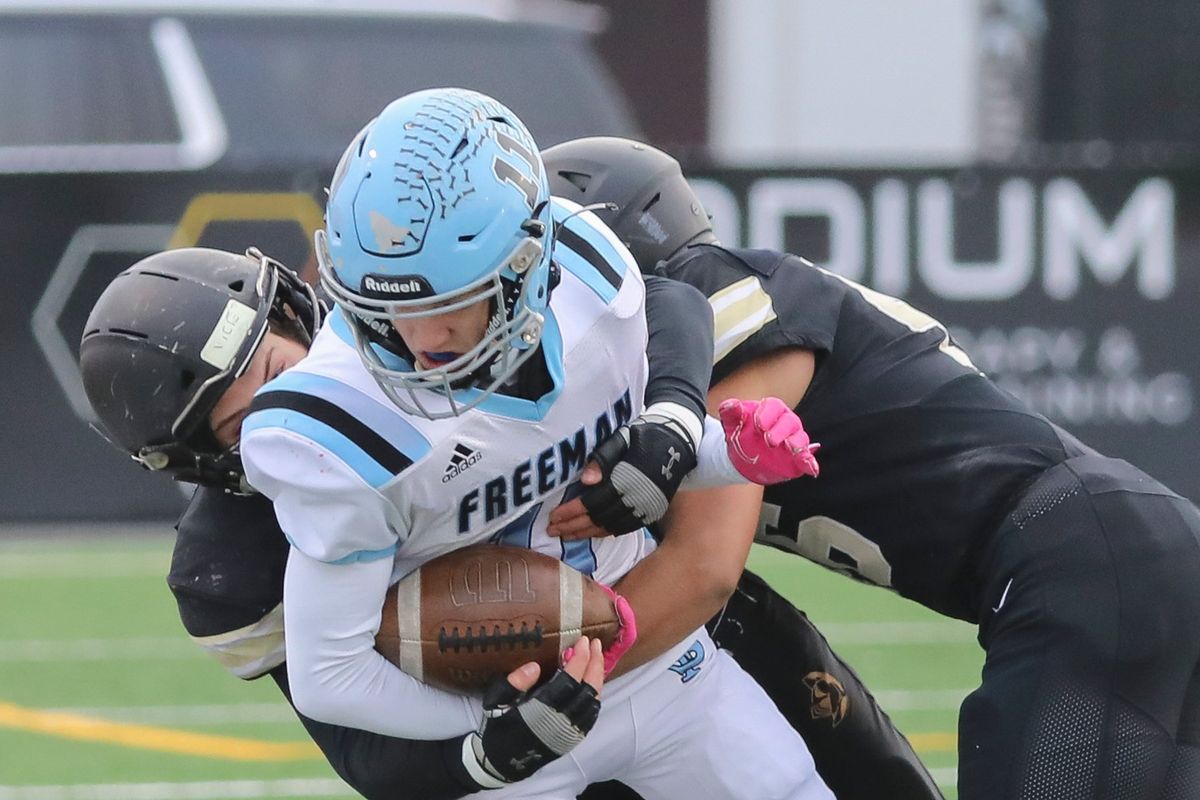 Preps: None of the area football teams won State semifinals Saturday. Dave Nichols was at two of them but has the results in all three in this roundup.

Chiefs: Spokane had a quick start and finished well. In between, it gave up four goals and lost 4-2 against Tri-City in Kennewick.

Seahawks: The Raiders. Enough said. … As expected, Dee Eskridge is on the injured reserve list.

Mariners: Just who may Seattle look to acquire to help its run next season?

World Cup: It’s simple. If the United States wins Tuesday, it moves on into the knockout rounds of the tournament. Any other result against Iran means the U.S.’s World Cup is over.

• Now that the Raiders play in Las Vegas, we had to figure out a new meal for our eat-from-the-opponent’s-city plan for watching the Hawks. What do you identify with Vegas, food-wise? For us, it’s Italian food. Whenever our dad would make the trip in the 1960s, it wasn’t the shows or gambling he talked about. It was the off-the-strip Italian place he knew off that all the mobsters ate in. He loved the food. Hated the clientele. Or at least he said he did. Maybe he was at a meeting or something. Until later …