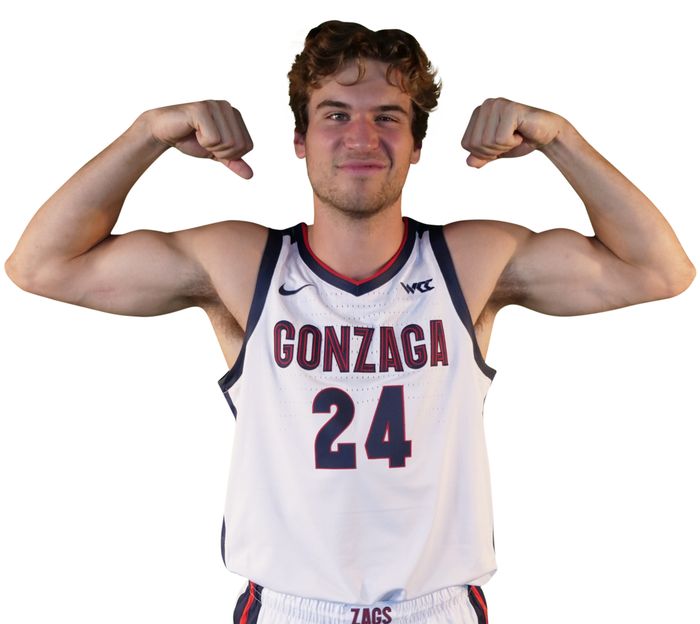 Bio: Helped King’s High win a pair of Washington 1A state championships. Missed second half of his senior season with broken bone in right foot. Averaged 23.9 points, 6.8 rebounds, 3.4 assists and 2.3 steals as a junior. Rated as a four-star recruit and No. 72 nationally by Scout.com. Rated No. 81 by Rivals.com. Ranked as a two-star recruit by ESPN.com. Earned 3.96 grade-point average. Picked Gonzaga over Virginia and Notre Dame.
Sr. Scouting report: Kispert made leaps in his game over the offseason, bumping his scoring average from Against Virginia, he scored a career-high xx, and is one of three Zags on the Wooden Award watchlist. One of five finalists for the Julius Erving Trophy and the Senior CLASS Award. Second on the Zags and in the WCC in scoring with 19.0 points per game and fourth-most efficient in the league by percentage (.556).
Jr. Scouting report: Named to WCC First Team and the Julius Erving Small Forward of the Year Award finalist after starting in all 33 games. Finished 11th in the WCC in points per game at 13.9. He led the team in three-point made field goals with 78, made 81% of his free-throws and shot 43.8% from 3-point range.
So. Scouting report: Started 36 games. Averaged 26.1 minutes, 8.0 points and 4.1 rebounds. Shot 37.4% on 3-pointers and 61 of 104 field goals came behind the arc. Led team at 87.5% from the free-throw line. Committed just 32 turnovers in 37 games. Season-high 17 points vs. North Dakota State. Hit four 3-pointers and scored 16 points against BYU and Baylor. Named Academic All-West Coast Conference.
Fr. Scouting report: Started at wing in first seven games before suffering sprained ankle against Incarnate Word. Scored in double figures in first six games. Missed two games with ankle injury. Averaged 6.7 points, 3.2 rebounds and 19.4 minutes. Made 46 percent from the field, including 35 percent beyond 3-point arc. Posted first double-double with season-high 23 points and 10 rebounds in win over Portland on Jan. 25. Played 46 minutes and scored 15 points in double-overtime loss to Florida. Scored 10 points in regular-season rout over Ohio State. 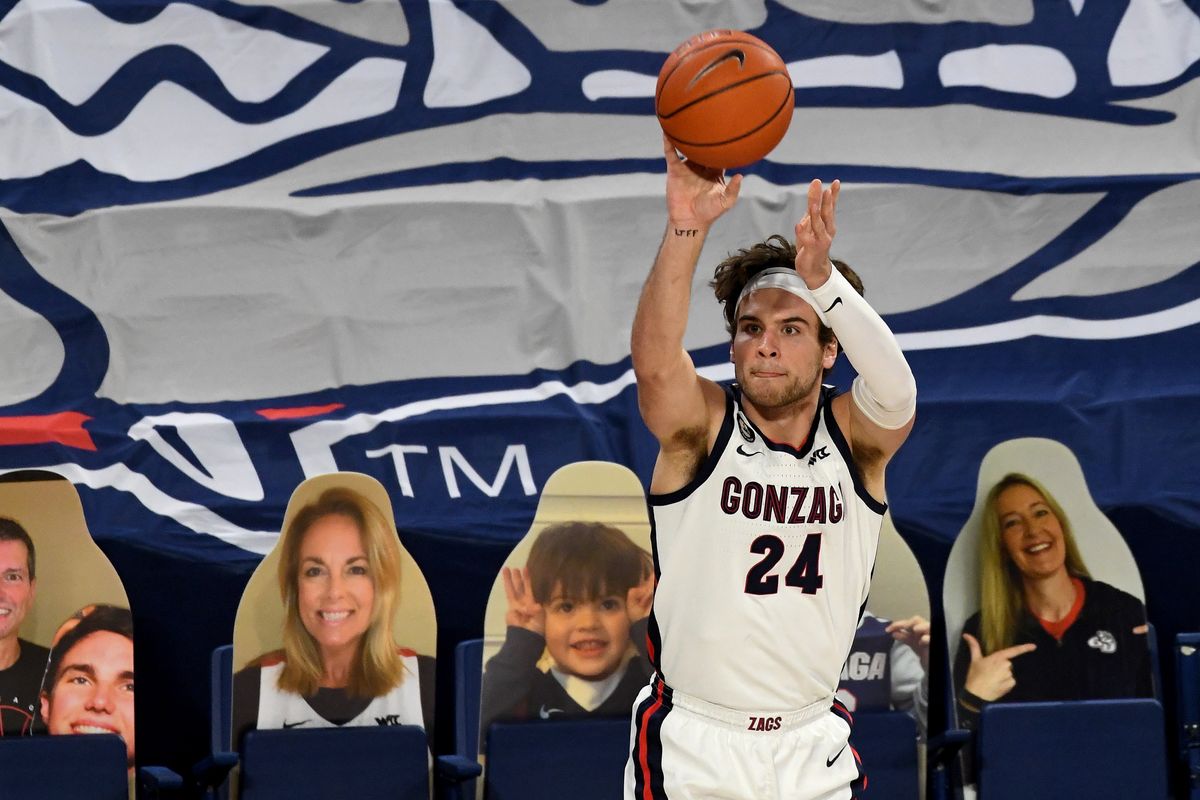