A GRIP ON SPORTS • There are some days I feel a bit like Indiana Jones. Digging through boxes of items in my office, occasionally I’ll run across one of my old baseball scorebooks. Why is that front and center this morning? Mainly because John Blanchette went down the same path with Spokane Indian fans recently and discovered there are still some people that like to keep their own scorebook.

• Who taught you how to keep score? For me, it was my dad. For my boys, it was their mom. Mainly because scoring a baseball game involves numbers and mom was always the go-to person in our family for anything involving numbers. Words? Ask dad. Numbers? Mom has your answer.

Kim used to keep the scorebook at our kid’s games as well, and it is those books I run across every once in a while. Heck, I occasionally search them out.

You never know when the name of that kid who hit a big home run that one time will slip your mind. It’s in the scorebook, along with everything else you may have forgotten.

Big games, small victories. Great plays, learning moments. It’s all there in a code only those of us fluent in scorebookese understand. The stories they tell will be available to be handed down to a next generation, though for the life of me I can’t figure out why they would ever care.

There is an odd aspect of the old scorebooks, however. Rarely, if ever, did the boys play enough games to fill up the old C.S. Peterson Scoremaster – you may remember it from its brown cover and small little boxes – let alone those newfangled Glover ones – the orange books that have been around for only about a half-century or so.

Having been taught waste-not, want-not, the old books will have the odd three-game Mariner home series in the back. Why not? The pages were available, we had the book in the car – why, I have no idea – and we were sitting down the left-field line. Let’s keep score.

One of our personal notations is contained in the whitespace next to the M’s lineup, just to the left of the names. It’s just a single letter, a K, a J or whatever. It denoted which one of the Grippi clan had picked that player to be his representative in our personal home run derby.

Each person drafted one player before the game began. Jack always had first choice because he was youngest, then Tyler, then Kim and finally the curmudgeon. If your player hit a home run during the course of the game, the old man would open his wallet, shoo away the moths, and buy a souvenir – $20 limit, no exceptions even if dad wanted that really nice pullover. 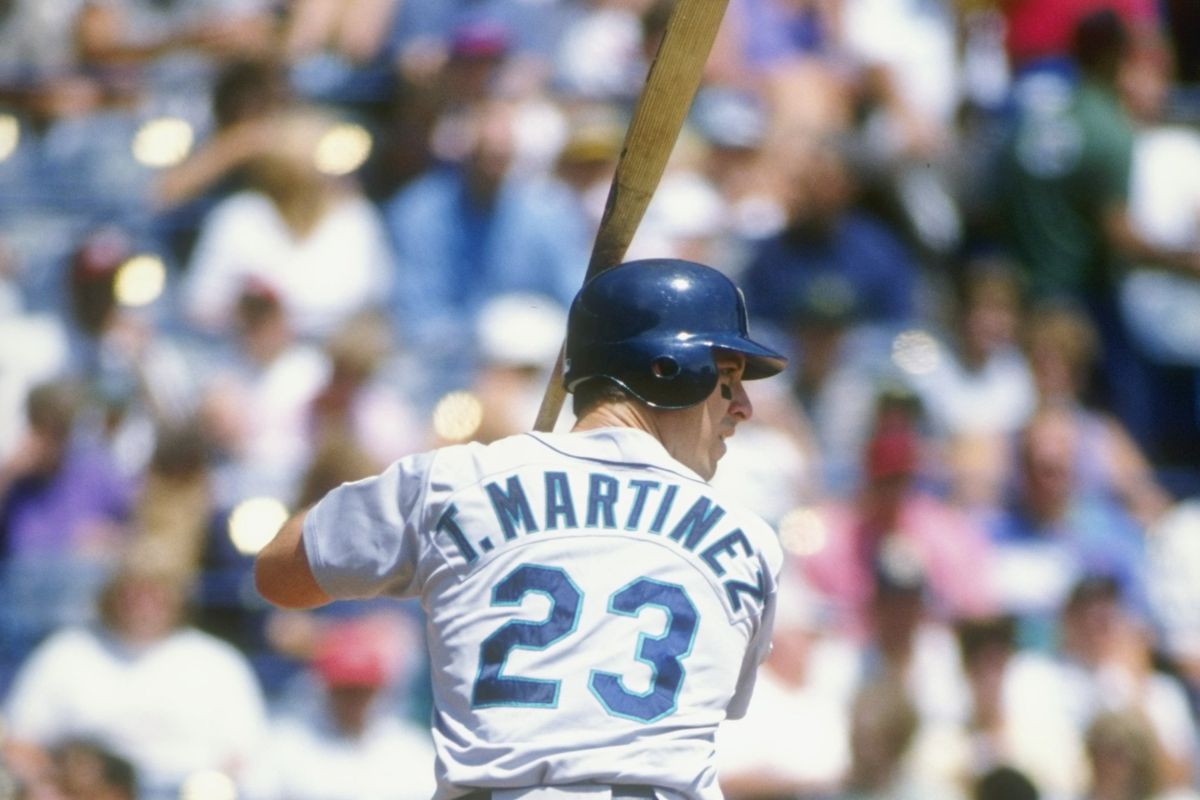 The winner usually chose a hat or one of those small wooden bats or a baseball card at the end of his postgame visit to the souvenir store, though once Jack picked an inflatable bat he used to hit Ty every chance he had until it mysteriously developed a 7-inch gash that looked suspiciously like it came from his dad’s pocketknife. Another one of life’s unsolved mysteries, I guess.

The game took a sudden and loud turn once at the Kingdome, when the 2- or 3-year-old Jack picked Tino Martinez pregame, Tyler took Edgar Martinez and Edgar hit a home run midway through the game. The young Jack exploded in joy when Martinez drove it out to left-center, sure that was his player. His older brother was more than willing to point out his mistake, leading to surprise, anger, tears, screaming and, finally, his dad caving in, spending another $20 to buy some silence.

It’s all there in the scorebook, illustrated by the water stains in the sixth inning and mom taking over the seventh and eighth innings as dad wandered around looking for a place to abandon his youngest … I mean buy his youngest son a souvenir. It’s a day we will never forget. How can we? It’s in the book. 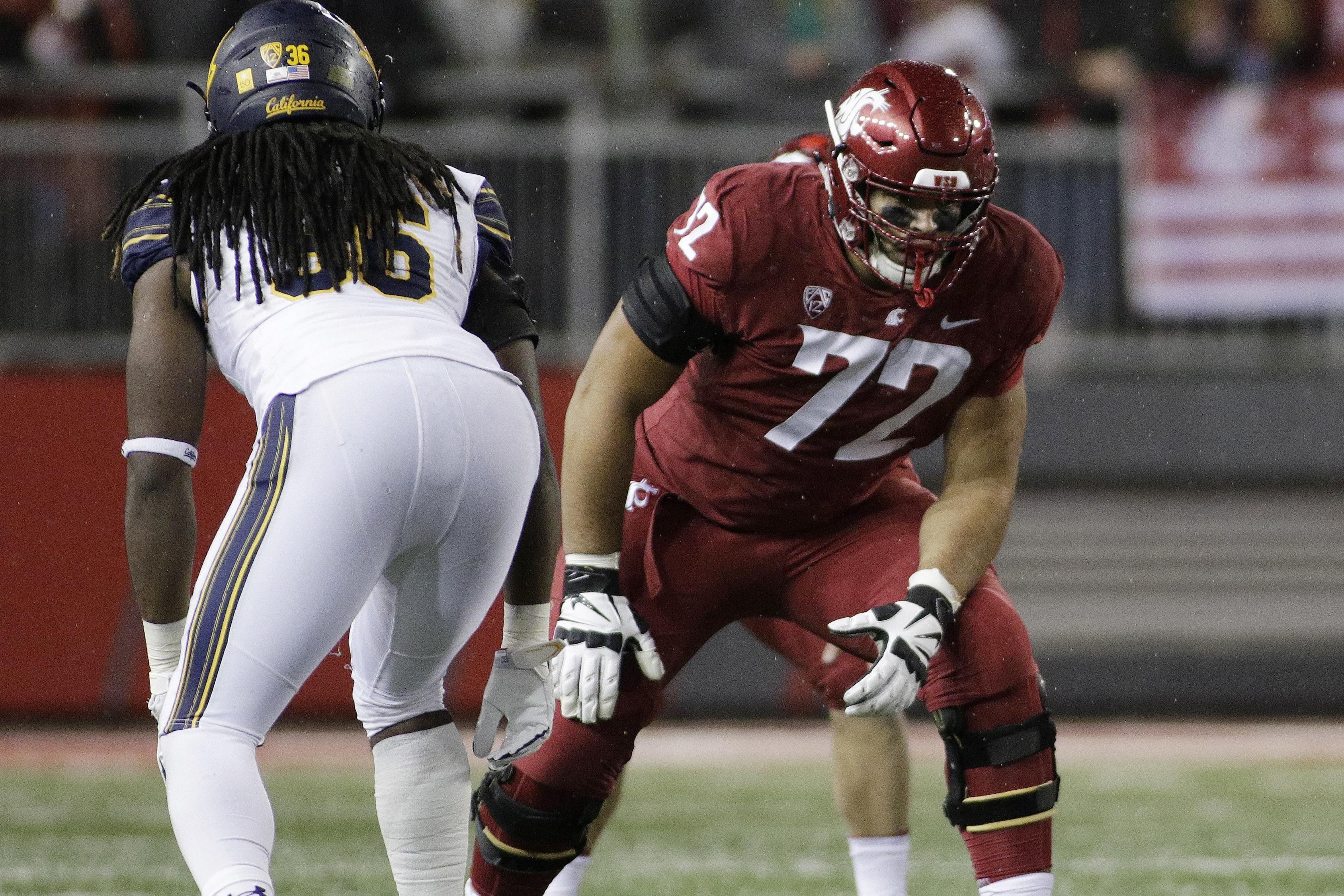 WSU: The opener is a week away – plus a day. This time next Friday there will actually be people in the Seattle area packing for a weekend trip to Pullman. How fun. Who will be playing where? Theo Lawson has his feelings about that and he shares them today. At least about the offense. … Theo also chatted with Mike Leach and special teams coach Matt Brock yesterday after practice. … The Times has a piece on transfer defensive lineman Lamonte McDougle. … Elsewhere in the Pac-12, the Seattle Times is reporting Washington has decided on Jacob Eason as its starting quarterback. You know, the guy everyone expected all along. … There was some good news out of Oregon State as the Beavers begin Oklahoma State prep. … The strength of the Oregon offensive line is the experience. The shared experience. … Colorado has made some decision on its lineup. … Britain Covey is looking forward to leading Utah onto BYU’s home field. … How many games will Stanford win? … With the quarterback decision made, USC moves onto other battles. … UCLA may start a true freshman on its offensive line. That’s usually not good. … Arizona State has named a true freshman one of its captains. That’s usually not done. … There is one player who powers the Arizona offense and it may not be who you think.

Gonzaga: We can’t go a week without some GU basketball news, can we? I think the Spokane City Council passed an ordinance to that effect recently. So Larry Weir covers the gap by chatting with Steven Karr, who writes for The Slipper Still Fits. It’s Larry’s latest Press Box pod.

Indians: As we mentioned above, John has a column and a story on keeping score at Indians’ games. But that’s not the only news in today’s paper. Dan Thompson has a piece on the team’s recycling efforts. … On the field, in Everett, the Indians picked up another win. It sure looks as if they will win the second-half race as well, though all that assures them is, well, nothing. The playoff schedule is set and they will play the second-half runner-up. … Elsewhere in the Northwest League, Hillsboro picked up another win in Eugene.

Chiefs: Dan also continues his coverage of Spokane’s training camp. He’s got a story today on the relationships built up around the team. … Around the WHL, Everett is also in camp and the Silvertips have the typical large contingent of players.

Seahawks: Though L.J. Collier returned from injury yesterday, the Hawks’ draft class has had a rough start. … Though the preseason is winding down, there still are a bunch of roster and lineup questions to answer.

Mariners: The M’s return home tonight with Justus Sheffield, their top starting pitching prospect, on the mound. Then it’s Felix Hernandez’s return Saturday. In other words, a decent weekend to watch. … When the M’s play the Yankees next week, Ken Griffey Jr. is going to be part of the ESPN broadcast.

Sounders: Jordan Morris is trying to show a more of an edge. I’m pretty sure Seattle fans would rather see more goals. Especially tonight against Portland. … Why did Russell Wilson get involved with Sounders’ ownership? He says it’s because he didn’t want to see the team move. Wait, what? One of the most financially successful MLS franchises moving? Anyone else hear rumblings of that? … If the Timbers win or draw tonight in Portland, they win the Cascadia Cup.

• Kenny Poppe. That’s the name of the kid who hit the big home run. It was more than 20 years ago. Still in the book. Until later …