The four were welcomed with raucous applause before Hachimura, Perkins and Rice were appointed honorary judges for the preliminary dunk competition.

“It is unreal. It is the best time of the year in Spokane, good vibes everywhere,” Perkins said. “People are lovely, and like I said, if you want to be in Spokane anytime, be there in the last weekend of June. Enjoy it.”

Perkins only had one dunk in college, so he was unsure if he fit the bill for dunk contest judge, but he was happy to help wherever he could. He even tossed an alley-oop to himself for a dunk after the competition.

Former @ZagMBB guard @JoshPerk13 getting up to slam it down after a pass to himself off the backboard #Hoopfest2019 pic.twitter.com/p5FyJooiSd

“Yeah, I had to, my legs were feeling good,” he said. “It’s the summer and I didn’t get many dunks in college, so I gotta get them now.”

While Perkins had planned to parade around Hoopfest weekend, Hachimura was just planning on visiting his alma mater before the rigor of an NBA season locks him in Washington, D.C. But he didn’t know the best basketball weekend on Earth was happening the same weekend he planned his trip.

“It was the only time I could come back to Spokane, so I called Tommy (Lloyd, Gonzaga basketball assistant) and said I want to come back here, and he said it was Hoopfest.”

But Hachimura needed to get back to his U.S. home after the busiest week of his life, even if that meant he would be the honorary guest of Hoopfest.

“It has been a crazy experience, especially the draft week,” Hachimura said. “It was the most fun and busiest week I have ever had, but it was very fun. My family came all the way from Japan and there were a lot of events and I was drafted by a good team, so it has been great.”

After spending three years at GU and in Spokane, Hachimura was excited to get back, if only for the weekend.

“I miss Spokane so bad, you have no idea,” he said. “I wanted to come back so bad and I finally had the time – two days – so I came back.” 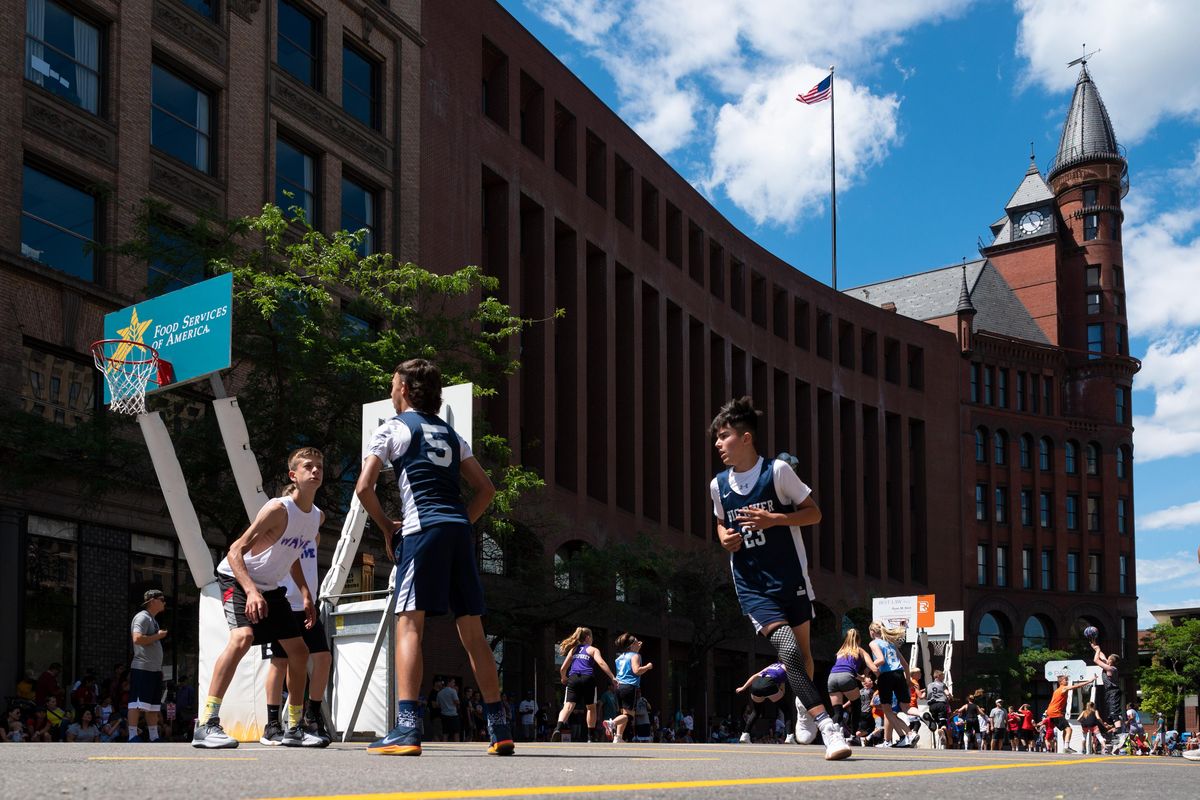