A GRIP ON SPORTS • Do you ever make your own hot sauce? Not from scratch, but by mixing a little of one sauce with a little of another, along with a dash of a third? That’s sort of where we are today.

• We watched much of yesterday’s pandemic-delayed Indianapolis 500. Too bad the ending didn’t match the taut racing that occurred throughout. It just seems weird when cars that reach well beyond 200 miles per hour all day coast across the finish line at speeds you can reach in your own Honda or Chevrolet.

Takuma Sato won his second Indy 500, with this one finishing under a yellow caution flag. The ending was almost as surreal as the race itself being run with no fans in the cavernous Indianapolis Motor Speedway.

One thing I didn’t miss? The hot dog wrappers occasionally wafting over the track. With no fans in the stands, such things were happily absent.

But so was the ambiance. And, more notably, the overwhelming noise. I’m not sure if the microphones were turned down around the track for the broadcast, but it didn’t sound the same. The roar of the engines just wasn’t as dominating. So much of Sunday’s race didn’t seem like the Indy we know.

Except the racing. That was classic. And maybe next year, so will be everything else.

• Speaking of odd experiences, Art Thiel found Saturday’s mock game at CenturyLink completely unnerving. Football without fans is different, he concluded, than baseball without fans. And a diminished product. 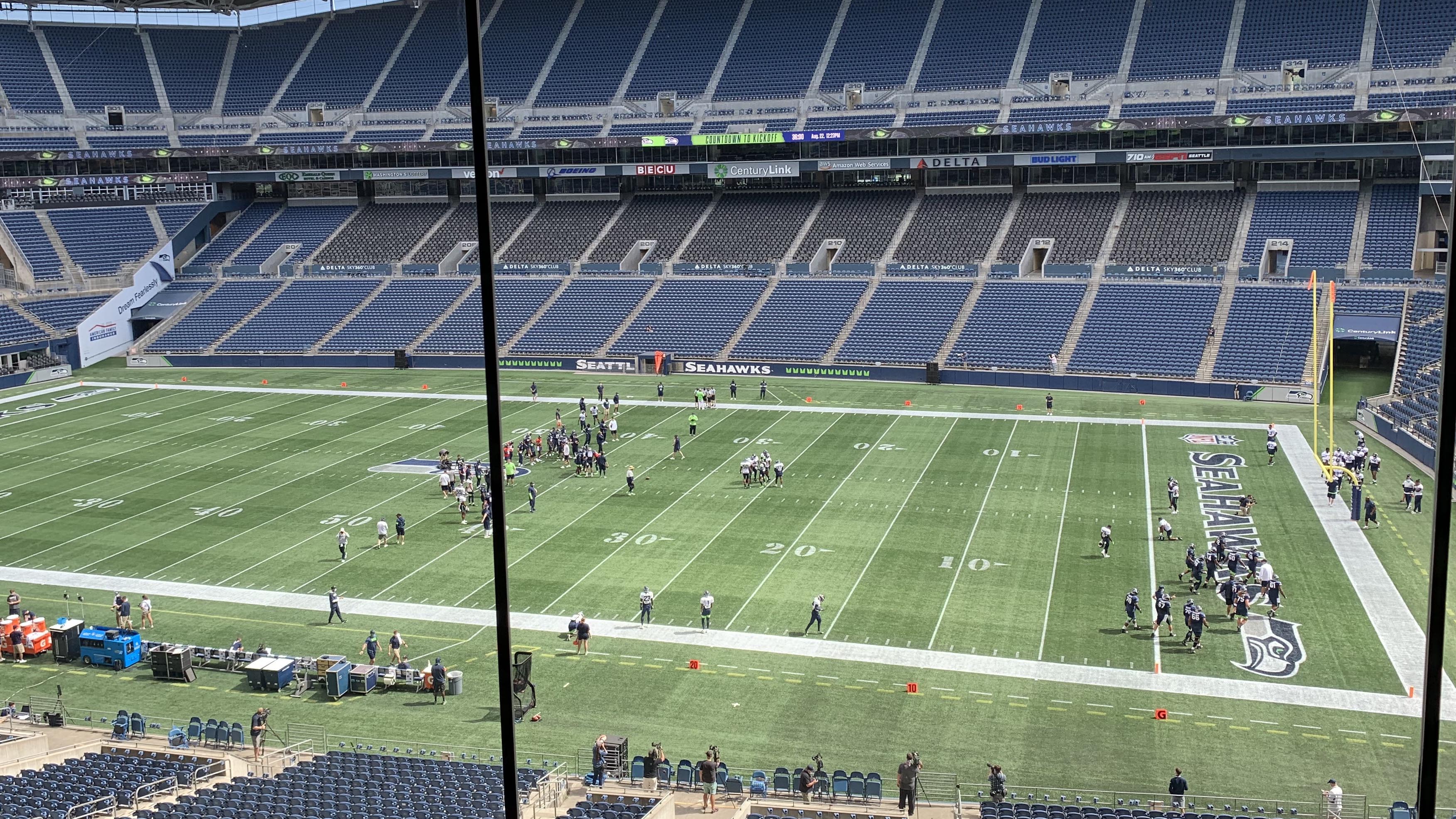 It’s easy to understand. Part of football’s appeal is the fan noise, which comes in waves – as opposed to the fans doing “The Wave” – and builds to a crescendo each play. CenturyLink is usually death on opposing offenses, what with the 12s’ collective voices overwhelming the ability of a quarterback to make himself heard.

We have an idea. The NFL will allow each home team to pipe in crowd noise this season if there are no fans. That’s good. But there should be a limit – or there will be some teams trying to recreate an Apollo launch on each play.

A solution is simple, however. Determine each team’s high decibel level over the past five years and establish that as that stadium’s top point, one that the sound people can hit a certain number of times each game. Other than that, force them to keep it at the team average, also determined by decibels over the past five years.

Such a rule would allow franchises with a true home-field advantage, like Seattle and Kansas City, to recreate it to some degree. Places like Miami and Washington? They will be out of luck.

• We watched one other thing yesterday that also had an odd finish.

(And, no, Luka Doncic’s game-winning 3-pointer for Dallas should never be labeled as odd. Expected would be more like it.)

Dustin Johnson just crushed the field at The Northern Trust. And it was a stellar field. Yet his 11-stroke victory – yes, 11 strokes – was a bit anticlimactic as lightning forced the final three groups off the course with only a hole or two to finish. When they returned, and Johnson finished lapping the field, CBS had left the course, the Golf Channel had taken over and, I’m sure, much of the viewing audience had moved on to other events.

• A long time ago – we’re talking almost 40 years – a wizened journalist told me “anyone can file a lawsuit – and allege anything.” His point? Don’t take allegations in a civil suit at face value.

We pass that along because of the allegations contained in Rob Spear’s lawsuit against his former boss, then-Idaho president Chuck Staben, and the university. They are pretty damning, alleging Staben launched a “smear campaign” against Spear that ultimately led to his firing as athletic director.

There is one aspect of the allegations in Colton Clark’s story for the Lewiston Tribune I found interesting. According to the suit, others witnessed much of what Spear alleges. If that is true, it will come out at trial, a trial that would lay bear the dysfunction prevalent at the time in Moscow.

If there is a trial. The school has already settled with Spear, not admitting any liability but sending about $100,000 his way. Whether the rest of the suit moves forward before a settlement is reached is worth following.

WSU: Former Washington State golfer Derek Bayley had another good week on The Dakotas’ Tour. That information leads off our weekly local briefs column. … Around the Pac-12 and college sports, Arizona needs to improve its special teams.

EWU: Man, how time flies. It’s been six years since Eastern Washington’s red turf played host to the first college football game of 2014, an event that served to showcase the school’s then-dominant football program. Ryan Collingwood showcases the event itself in this oral history of the day “College Football Start(ed) Here.”

Mariners: Is Kyle Lewis good? Seems like it. But we can saw without any qualification he’s having a good season. The rookie outfielder hit another home run, his seventh, as the M’s finished a sweep of the Rangers with a 4-1 victory Sunday. … The Blue Jays will send some money Seattle’s way. The M’s will send them Daniel Vogelbach. The Mariners decided to cut ties with last year’s All-Star earlier but Jerry Dipoto was able to find a trading partner. It seems a bit surprising. … Sam Hagerty, filling the utility role with Dylan Moore out, hit his first major league home run.

Sounders: After a scoreless first half in Portland, Seattle’s Raul Ruidiaz scored twice, the Sounders added another and routed the rival Timbers 3-0. The match, Seattle and Portland’s first since the MLS’ tournament in Orlando, was played in quiet conditions as no fans were there to watch.

Seahawks: Branden Jackson, was knocked unconscious Saturday, ending the Hawks’ mock game, was released from the hospital Sunday. He returned to the training facility. … Without preseason games, most NFL teams, including the Seahawks, are trying to keep what they are doing under wraps. Which means reporters at practice have been handcuffed in what they can write and talk about.

• We’ll be here tomorrow. We will not be here on Wednesday. Taking the day. Not sure yet about Thursday. Until later …