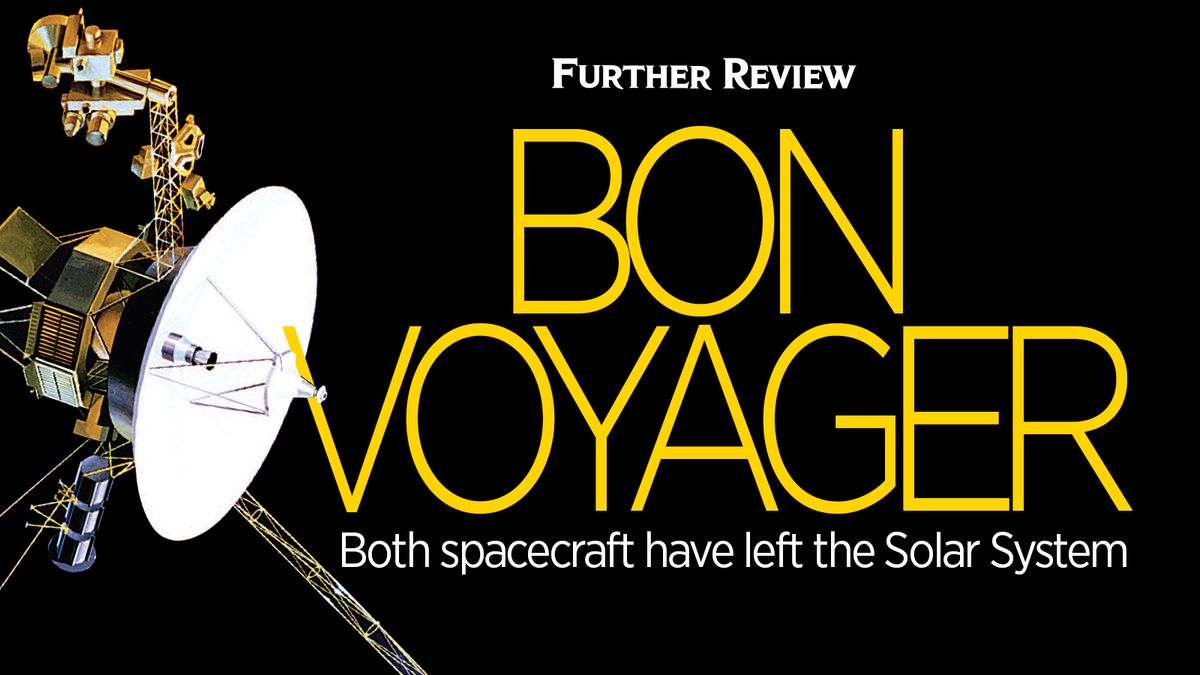 Launched 43 years ago, the two Voyager space probes have left our solar system and are now traveling in interstellar space. Both probes should continue to communicate with us for another five years.

Time it takes for a signal from the probe to reach Earth: 20 hours

Time it takes for a signal from the probe to reach Earth: 17 hours 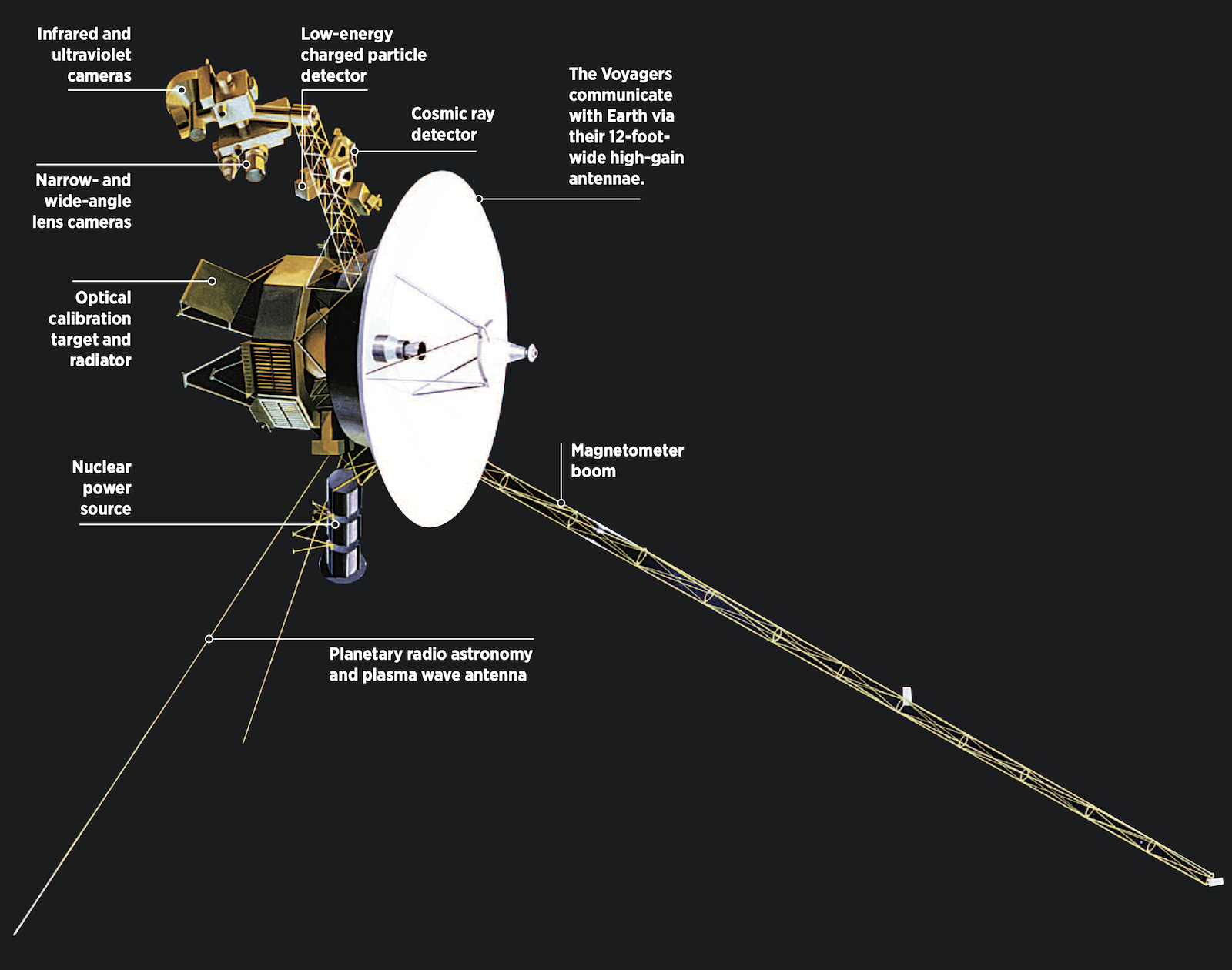 The Voyager missions were designed to take advantage of a certain alignment of outer planets occurring in the late 1970s and 1980s that takes place about every 175 years. The probes approached a planet, photographed it and its moons and then used that planet's gravity to slingshot itself to the next planet. Voyager 2's time to Neptune was reduced from 30 years to just 12, NASA says. 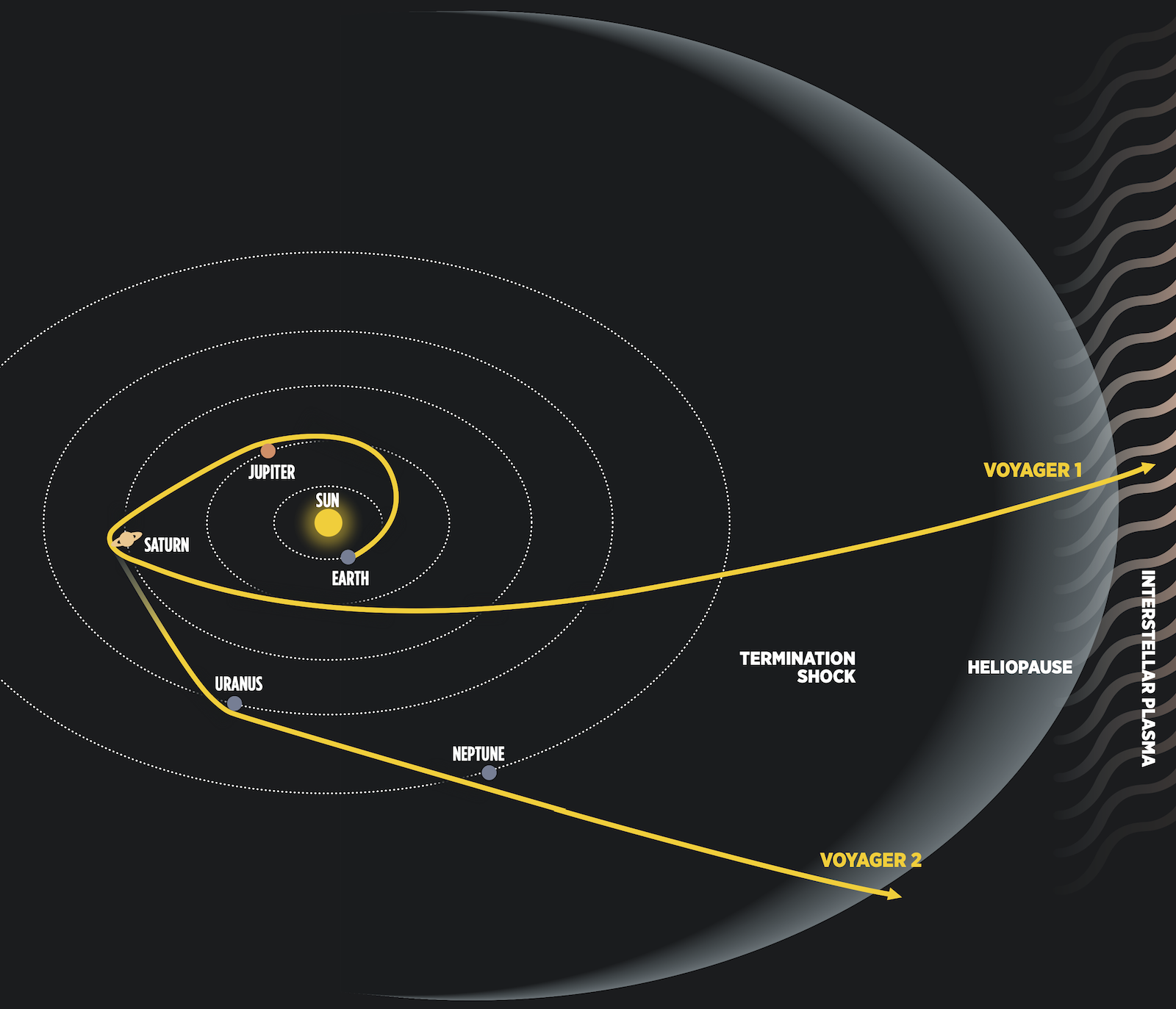 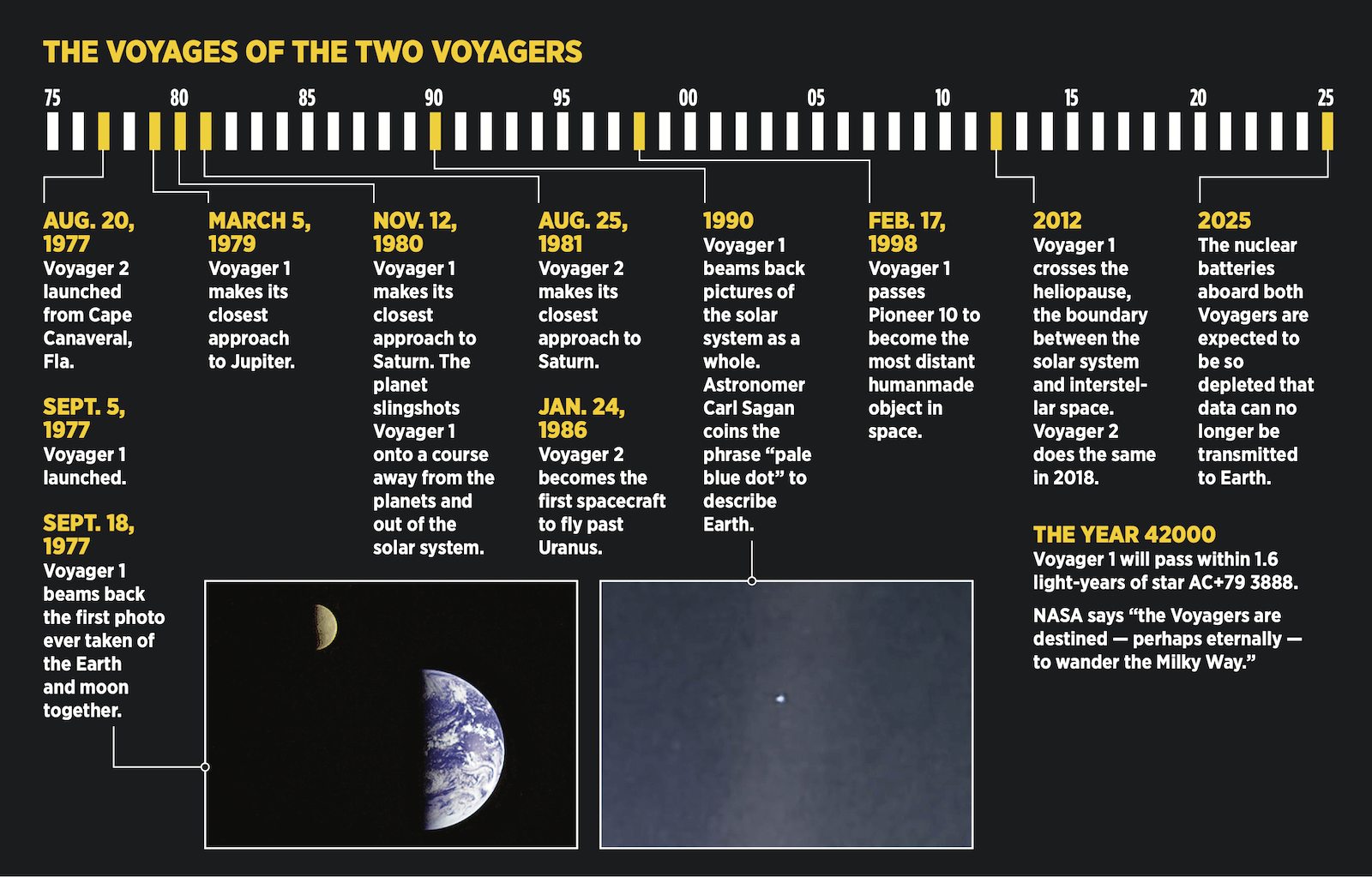