Petrusev appeared to hurt his right ankle early in the second half. He was eventually helped to the locker room by two trainers. Coming into the game he lead GU at 16.7 points and 7.9 rebounds per game.

Corey Kispert added 19 points, scoring 16 in the second half, for Gonzaga. Admon Gilder and Joel Ayayi each scored 14 points and Ryan Woolridge had 11.

Jake Toolson was BYU’s only other scorer in double digits. He had 16 points.

Behind the 6-foot-10 Tillie’s strong performance inside, Gonzaga dominated the glass, outrebounding the Cougars 37-21. GU grabbed nine offensive rebounds and held BYU to just one offensive board.

The Zags drew 21 fouls on BYU and committed just 13. This led to a big difference at the foul line. Gonzaga made 19-of-25 free throws. BYU only attempted 10, making five.

Ayayi, who is having a breakout season for the Zags, again filled up the stat sheet. The redshirt sophomore guard from France had six rebounds and team-highs with six assists and four steals.

Gonzaga has seen way too many of these this season: Another painful victory. | Read more »

Dan Thompson: Gonzaga again refuses to shrink in the big moment, even when its number of healthy players does

Yoeli Childs took the floor during warmups looking the part of someone who was going to play Saturday night, only to occupy one of the first three seats on the BYU bench for the entirety of Gonzaga’s 92-69 victory at the McCarthey Athletic Center. | Read more »

Gonzaga’s frontcourt absorbed another blow Saturday when sophomore forward Filip Petrusev went down with lower right leg injury in the second half against BYU. | Read more »

Gonzaga-BYU: 3 keys to the Bulldogs’ victory over the Cougars 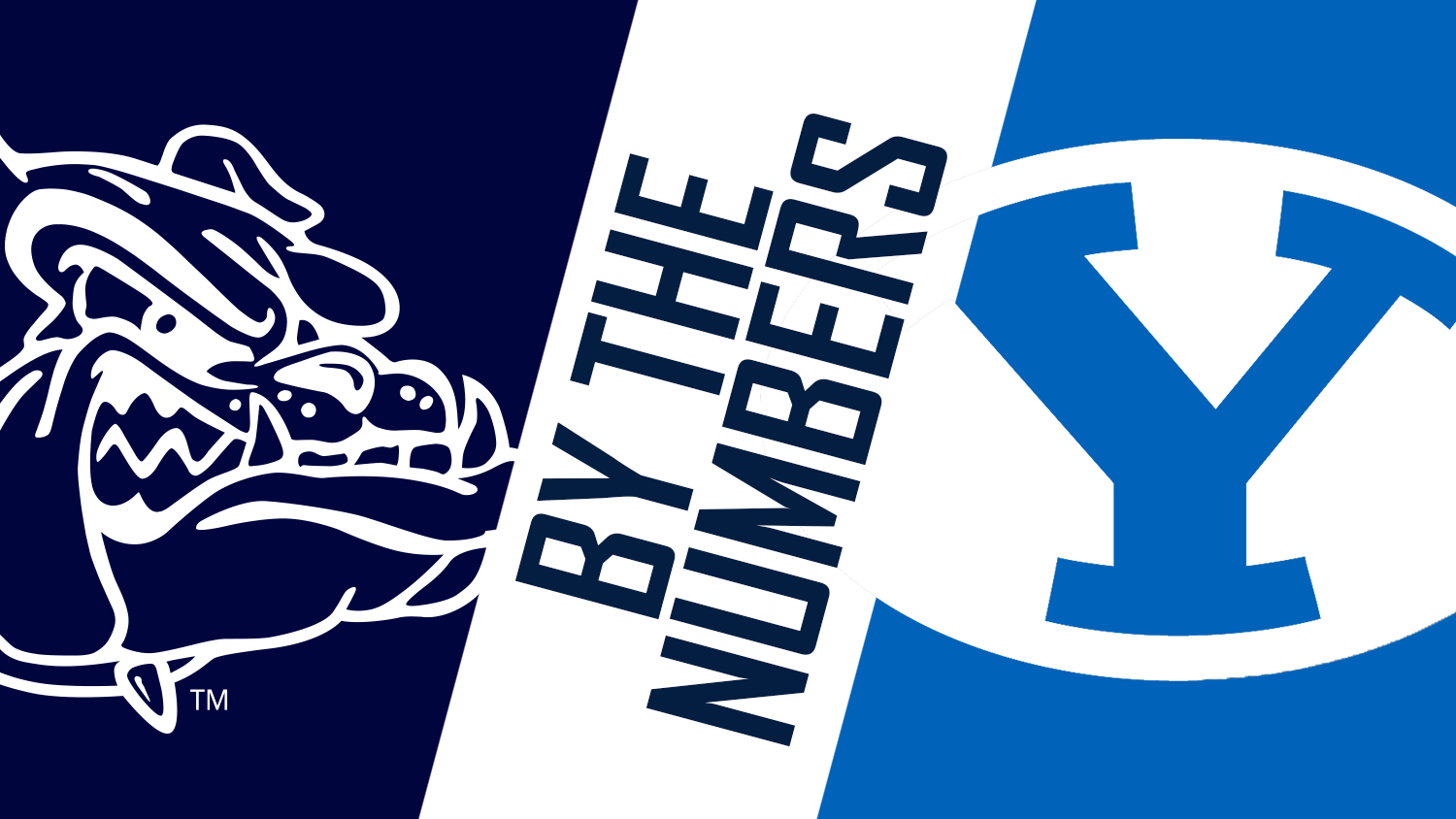 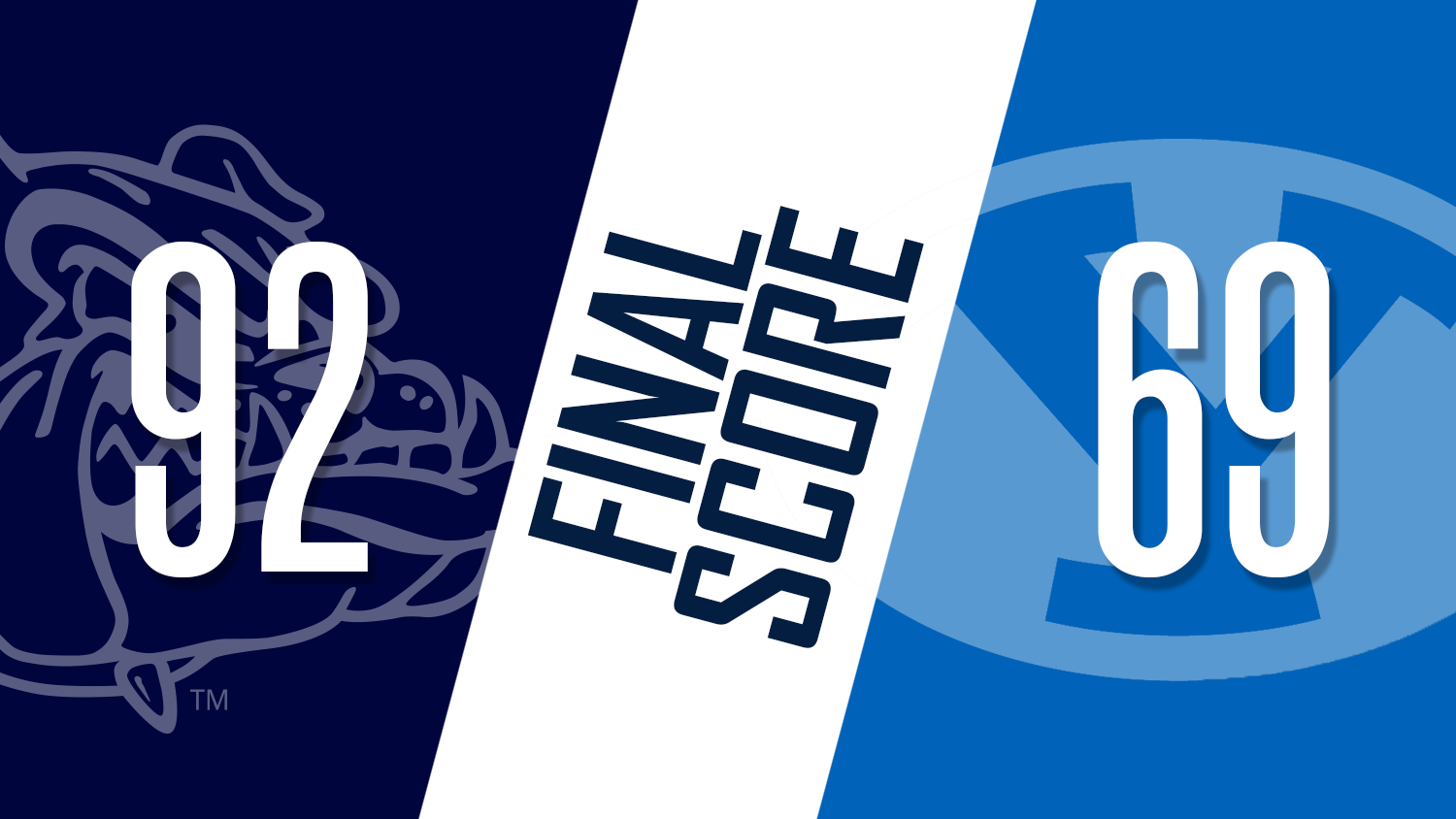 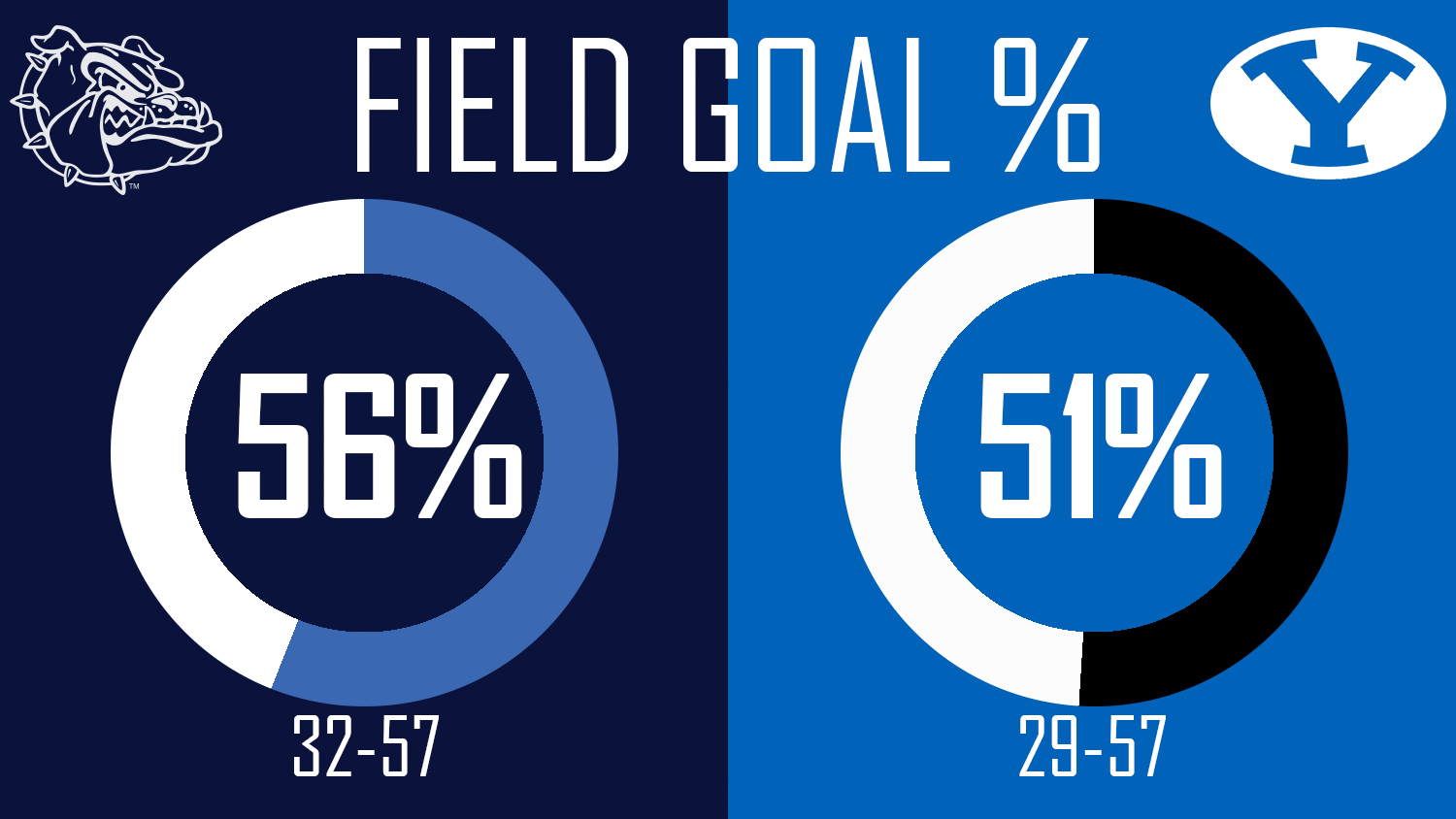 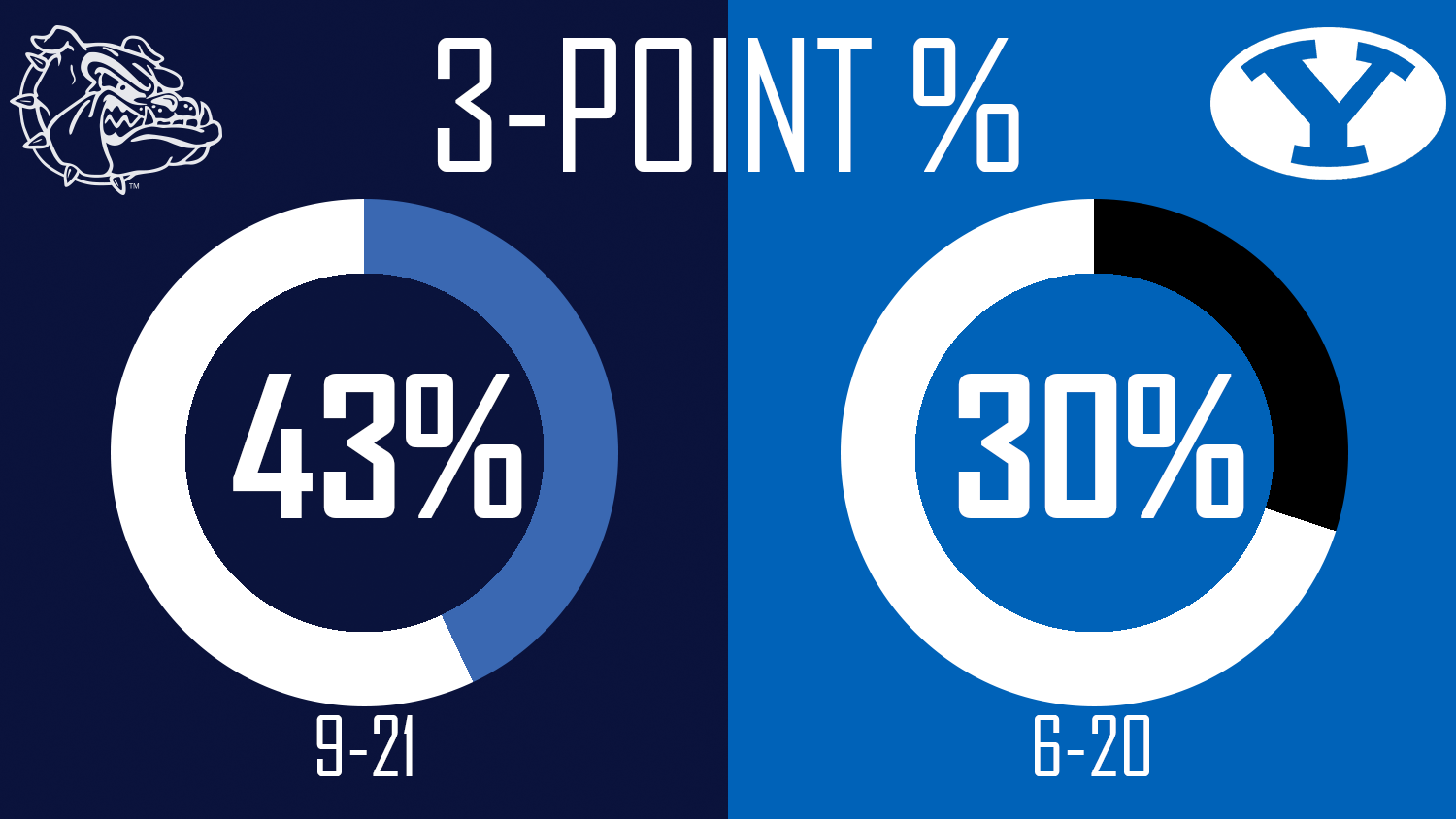 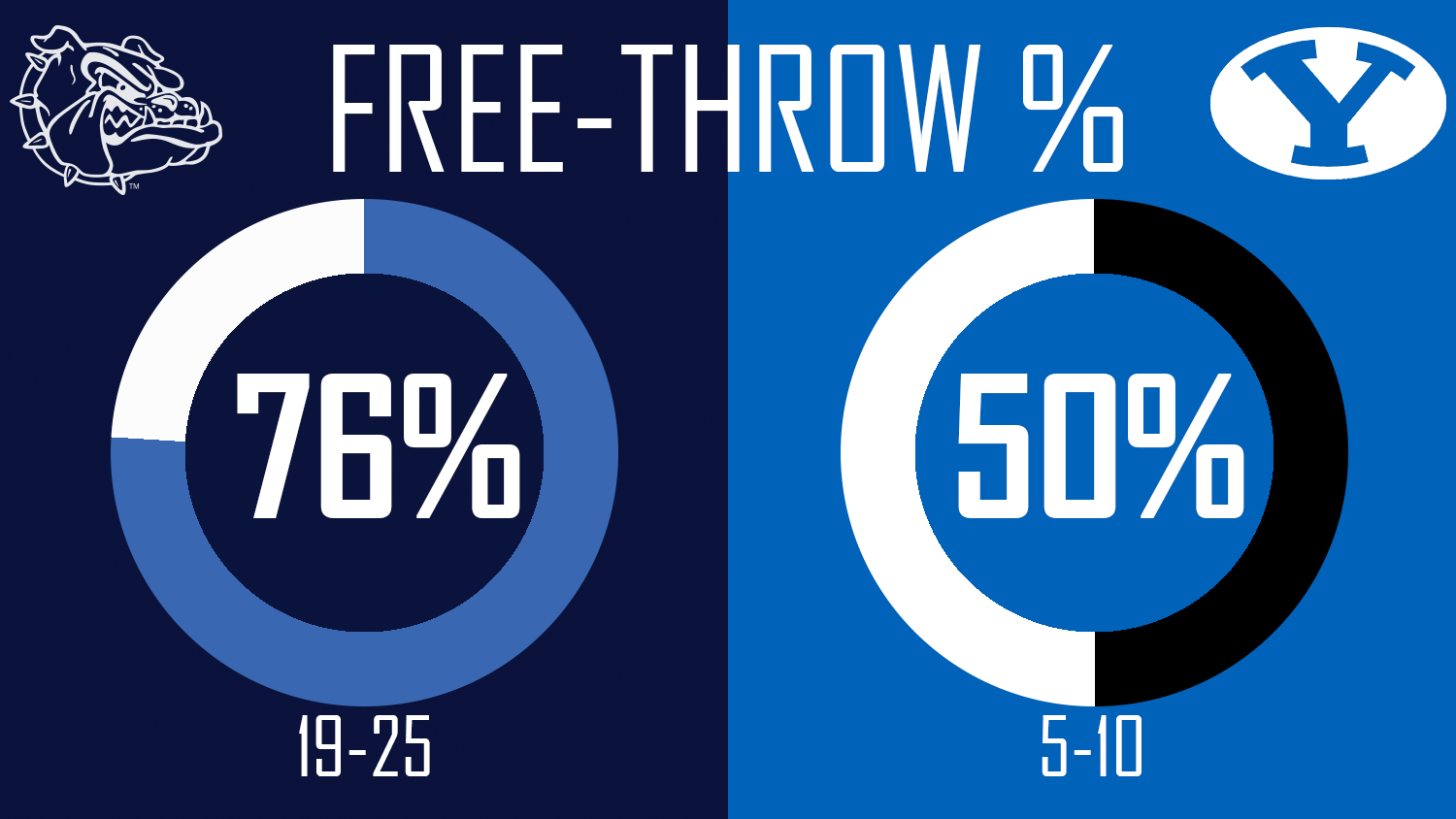 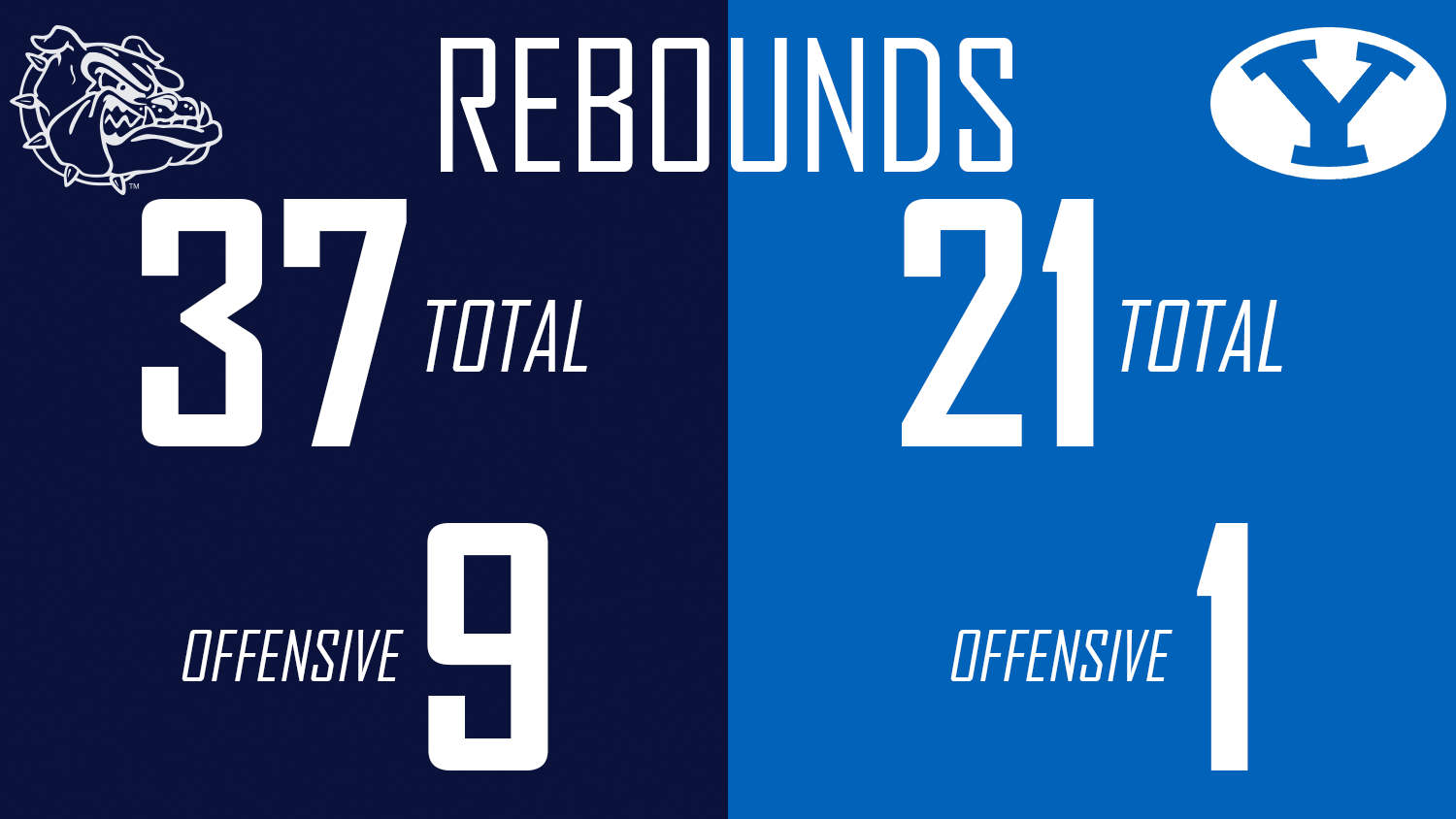 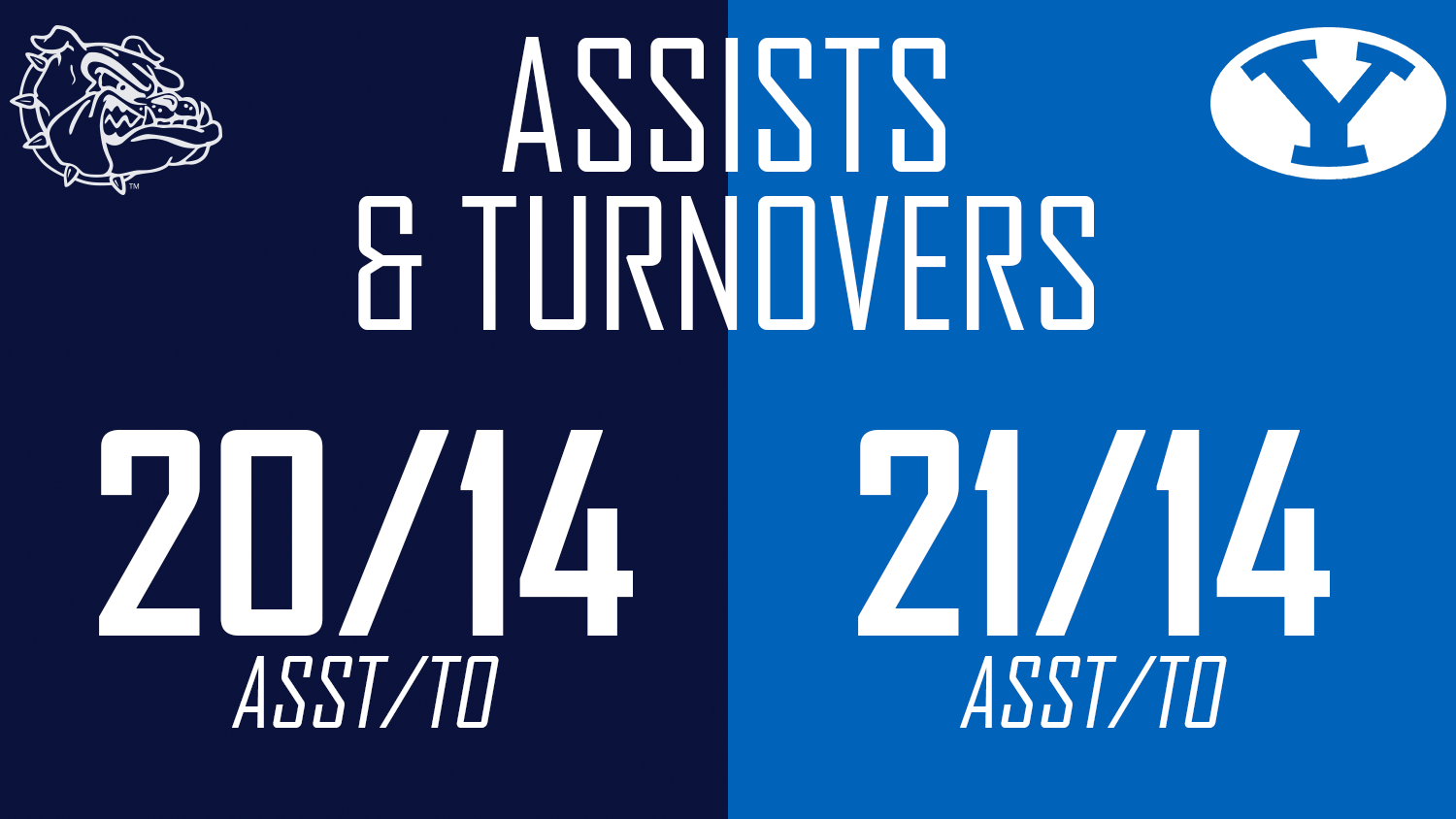 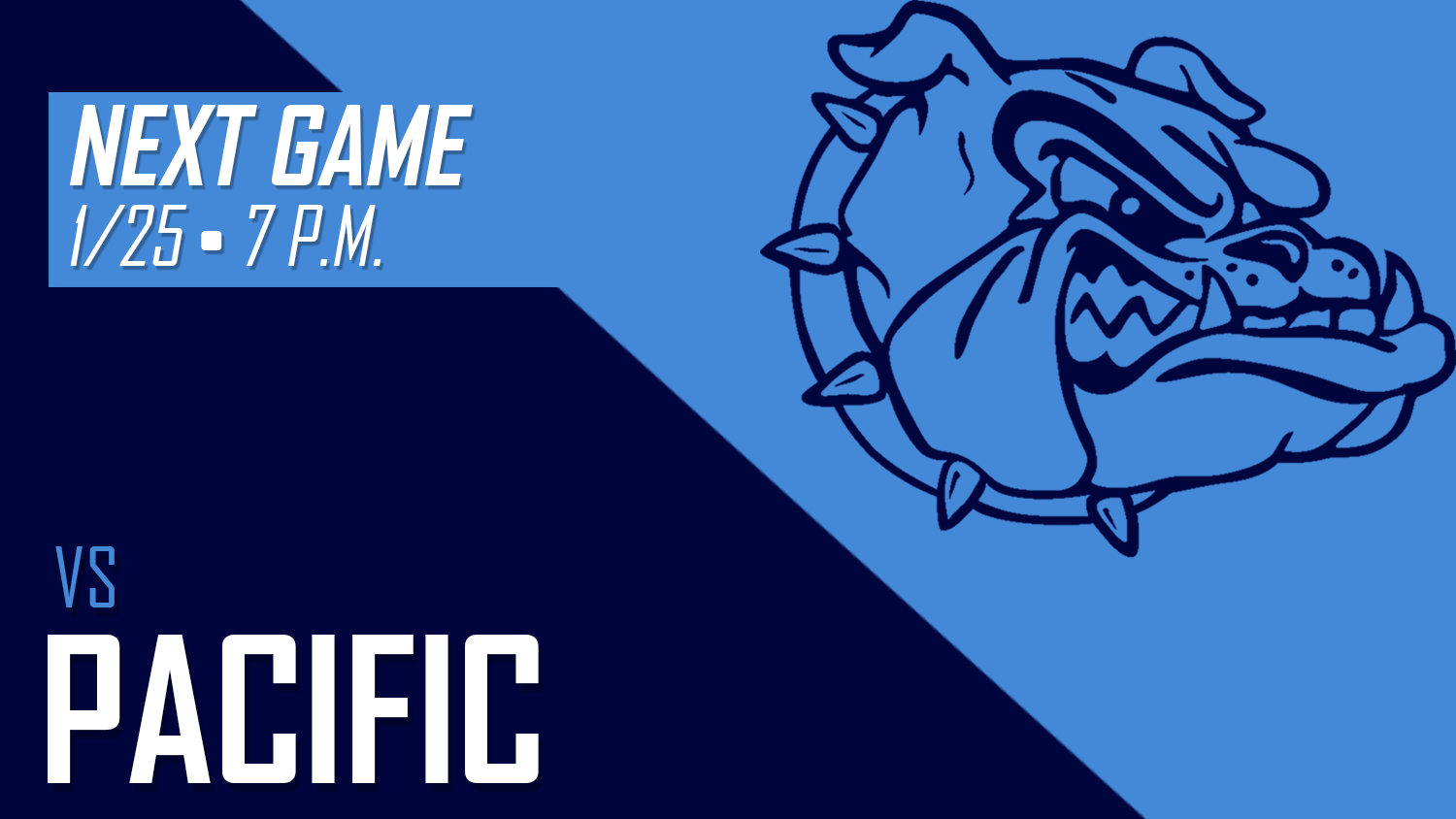 15:53 – BYU 8, Gonzaga 7: The Cougars hold the early edge over the Bulldogs thanks to some good shooting.

BYU has shot 67% and has four scorers with two points each.

Gonzaga is led by Joel Ayayi’s three points. He hit a slick, step-back 3 from the corner to put the Zags up 7-6.

BYU answered right back as guard TJ Haws got in the lane and laid off a nice pass to Dalton Nixon for a layup.

Killian Tillie has four points for GU along with three rebounds and one assist.

Gilder stepped into a 3 to start the Zags’ run and then hit a layup to put GU up 3 before the under-12 timeout.

7:37 – Gonzaga 23, BYU 17: Both teams have shooting troubles heading into the under-8 media timeout.

The Cougars are hanging around despite being 0 of 5 from 3-point range.

Tillie is 4-of-9 shooting and has four rebounds.

All seven Zags who have played have scored.

Kolby Lee and Jake Toolson each have four points for BYU.

Corey Kispert scored his first points with a 3 off an inbounds play to put GU up 9. Later, Tillie drilled a 3 after an offensive rebound by Joel Ayayi to push the lead to 13.

Half – Gonzaga 38, BYU 31: Killian Tillie has 14 points and six rebounds as the Bulldogs take a 7-point lead into halftime.

Admon Gilder and Joel Ayayi have each chipped in five points for GU. Filip Petrusev, the Zags’ leading scorer this season, has been held to just three points and has taken only two shots.

BYU leading scorer Yoeli Childs went through warm-ups with the Cougars, but has not entered the game due to an injured finger. He spent the half on the bench, but in uniform.

Gonzaga has pulled down eight offensive rebounds and lead the Cougars 10-2 in second-chance points.

15:05 – Gonzaga 45, BYU 38: Gonzaga leads by 7 but timeout was just called to tend to an injury to GU’s leading scorer this season, Filip Petrusev.

Petrusev jumped to challenge a shot in the corner and landed awkwardly on his right ankle. He immediately crumpled to the ground and play was stopped. The sophomore forward was then helped to the locker room by two trainers.

3:25 – Gonzaga 81, BYU 60: Gonzaga has five scorers in double figures and the Zags look on their way to big win over the Cougars.

Killian Tillie leads the way with 18 points, Corey Kispert has 16, Joel Ayayi 14 and Ryan Woolridge and Admon Gilder each have 11.

TJ Haws has 17 points for BYU.

Gonzaga starters: Woolridge, Ayayi, Kispert, Tillie and Petrusev. Yoeli Childs not listed as a starter for BYU., but he went through warmups like a guy that plans on playing.

How to tune in tonight vs BYU

The five-star recruit is coming off a stellar performance last night.. 16 points, 14 rebounds, and 10 assists.

This is his official visit to Gonzaga. Kid is bound for great things. pic.twitter.com/qtUHgFQKXs

Paolo Banchero, considered a top-five recruit in the 2021 class, has Gonzaga among his top nine schools. | Read more »

Not only is it gameday, it's also Gonzaga Day! Be sure to show your Zag spirit today, Zag fans! 🎉🐶#UnitedWeZag pic.twitter.com/rYeWIwWlxc