A GRIP ON SPORTS • Welcome to our version of “Sesame Street.” The word of the day on this last Thursday of November is “thanks” of course. And the number? Not sure just yet. We may have to count all the links and give you a total later.

• After checking my contract with the S-R this morning, I realized I am obligated to share a “what-I-am-thankful-for” column this morning. It’s right there in the fine print. If I had read the stupid contract more carefully, there was no way I would have signed.

Ah, who am I kidding? I sign dumb things all the time. And I am thankful for this opportunity every day.

Don’t tell the guy who signs the paychecks, but I love doing this column every morning. (Well, not every morning, but enough to make it worthwhile.) And I would do it for less than the $2.35 million they pay me every year. Wait, that’s the contract I signed about 3:30 in the morning the other day. The one where I was tasked with coaching the Lakers. Though, come to think of it, that might have been a dream.

Anyhow, I’m thankful every day for you folks, the 17 of you who are faithful readers and the other 117 who check in every once in a while. You’re the best. You even overlook my grammar mistakes (most of the time).

And I’m thankful there are sports to write about these days. I’m still not convinced it’s the wisest course for our society to be taking, but it’s the choice we’ve made and I’m happy to be able to watch like everyone else. Yesterday was a perfect example. I figure, through the course of the day, I watched parts of more than a dozen college basketball games. It’s my favorite pastime.

There was excellent play, ragged play and hard-to-explain play. There were favorites rolling, underdogs coming through and the best of the best nearly losing. There were well-officiated games – and the other kind. In other words, a typical day of college hoops. Except for the atmosphere. Sadly, that was missing.

One of my fondest memories in sports viewing dates back to the mid-to-late 1980s. My sons were young. Like most babies, they occasionally dealt with colic. How they dealt with it is no one’s idea of fun. But the indoor swing used to help. Many a nights during the cold winters I would sit on the floor near the unbelievably huge 25-inch Sony, the volume low, one of the boys by my side, one of us watching a Big East game from Pittsburgh’s old barn or somewhere, letting the atmosphere wash over us as I tried not to fall asleep. An exhausted Kim slept in the other room. Every few minutes I would have to reach up and crank the swing to keep it moving. (In those days we couldn’t afford one of those modern battery-operated ones.)

Occasionally – probably during a commercial for another miracle Ronco product – I would look over at my son’s face as he moved back and forth. And I would smile. Life wasn’t easy back then – but it was perfect.

As long as the cable worked.

There. That’s what I’m thankful for this day. Those type of memories. And the opportunity to share them every morning. 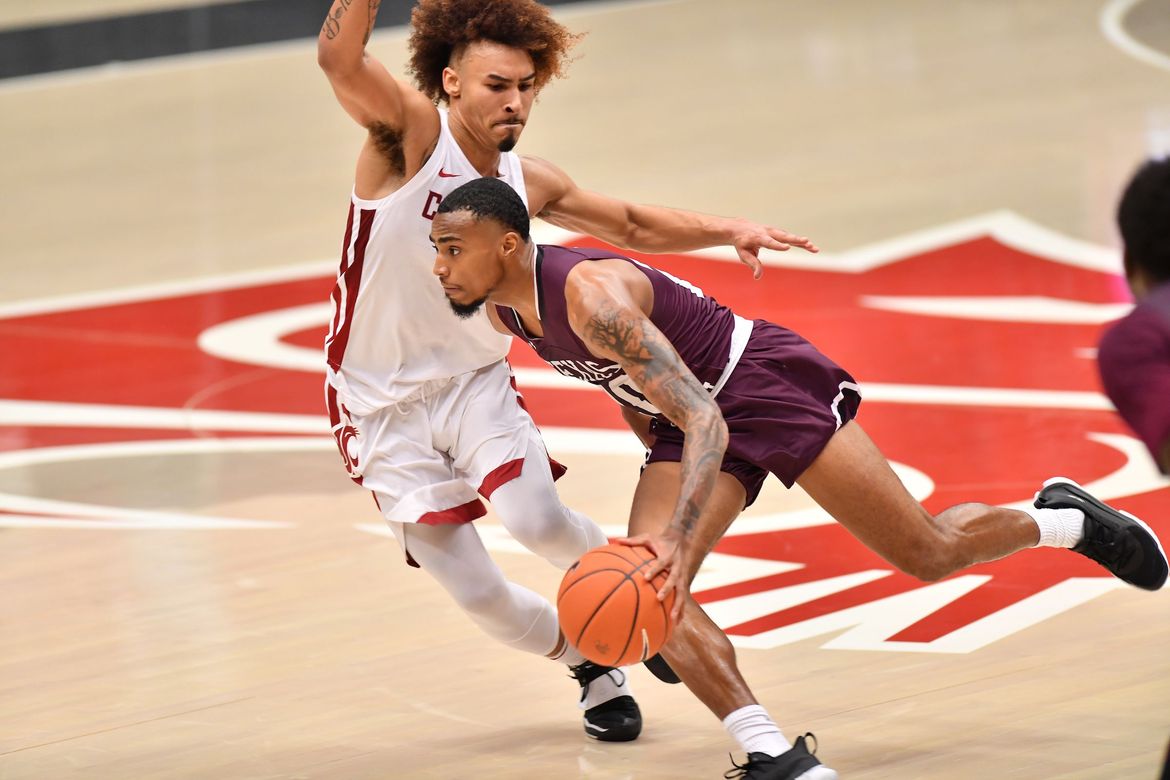 WSU: The Cougars didn’t build much in the way of fond memories last night, edging Texas Southern 56-52 in Pullman. But Kyle Smith won’t forget it, or the past couple weeks. Theo Lawson tells us why in this story. … Theo also explains why losing a trio of football commits isn’t the end of the world for Washington State. It’s part of his mailbag. … The Cougars are back at practice. And Nick Rolovich talked about Max Borghi’s status afterward. Theo has that covered as well. … Around the Pac-12 and college football, there was some good news and bad news for the conference this week. … Should the conference season be extended? … Will the Apple Cup be played this year? It may depend on Oregon winning the North, actually. … Washington prepped for a lot of opponents early this week. Turns out Utah was the choice. And the Utes need a win. … Husky Stadium is 100 years old. … The Big Game is tomorrow. California won last year as Chase Garber had a big game. Stanford has revenge on its mind. … The Oregon/Oregon State game tomorrow doesn’t have a fancy nickname. It used to but it was determined to be too divisive. So this year it’s just a game between two schools that hate each other. Nothing divisive about that. … USC and Colorado meet Saturday. The Buffs healed up some in their week off. Trojan fans are wondering if Kedon Slovis will ever heal (and if he is hurt). … Yes, UCLA will probably have Chase Griffin at quarterback again when it faces Arizona. The Wildcats have lost three secondary defenders in the past few days. … In basketball news, Jon Wilner looks at individual awards. … The conference could still add a couple more games if need be. … Oregon State played California in a nonconference game last night. The Beavers won. … Colorado defeated South Dakota. … San Diego State had little trouble with shorthanded (and unimpressive) UCLA. … USC had a little trouble with Cal Baptist. … Arizona State also struggled against Rhode Island. The Sun Devils play Villanova next. … McKale will be different this season. … Finally, Larry Weir has a Press Box podcast up this morning. You can be thankful for that as well.

Gonzaga: If you happen to pick up the print version of the S-R today, you’ll notice something different. Every Thanksgiving, the editor likes to print an old-timey looking newspaper. You know, how the paper used to look back when James Naismith was the basketball coach at Kansas. Yep, the guy who invented basketball coached it in Lawrence, Kansas. And was run out of town. Not really. He stayed for three more decades doing other jobs but is the only coach in school history with a losing record. I wrote this short fiction piece once about Naismith visiting Spokane and running into Bing Crosby. It was as bad as it sounds. Anyway, the two schools meet this morning in Florida, which seems about perfect for 2020. Jim Meehan has a trio of stories to share, including one about the 1998 meeting between the schools, the key matchup in today’s game and an overall preview. … The paper’s editor, Rob Curley, grew up a Kansas fan and has this column to explain the school’s mascot. And how and why the schools are so different. … Charles Apple put together a Further Review page on the two schools’ basketball records since the turn of the century. … Elsewhere in the WCC, Pepperdine defeated my alma mater, but, thankfully, I was unable to find a link to a story. Who really cares, anyhow? … BYU routed Westminster, which was to be expected. … Saint Mary’s got run over a bit by Memphis.

EWU and Idaho: Around the Big Sky, Portland State is allowed to practice again. Better late than never, huh?

Seahawks: John Schneider is making smart moves once again. … Everyone should be thankful Russell Wilson has been able to stay healthy this season. … Has the defense turned the corner? … With Chris Carson back, the Hawks should be able to run it better.

Sounders: Brian Schmetzer’s contract is expiring. Win or lose this postseason, Seattle would be silly to let him go.

• You think it’s awful to not be with family today? You’re right, it is. But I once spent a Thanksgiving alone in the Newark Holiday Inn, just so I could cover Washington State basketball. And many of our recent ancestors spent more than one Thanksgiving in the South Pacific and Europe and all over the world so we could have the freedoms we enjoy. All in all, I think I had it worse. (I kid, I kid.) Happy Thanksgiving everyone. And happy birthday Jack. … By the way, If you are counting this morning, there were at least 12 links. I lost count after that. Until later …