A GRIP ON SPORTS • Sitting in a pile of papers on my desk is a worn yellow legal pad. On it is a whole bunch of lines, circles and squiggles. The type of scratches that is actually informative if you know how to break the code. Tommy Lloyd’s code.

• Last night I spent a couple hours in a warehouse teaching 14-year-old boys how to run a continuity ball-screen offense. Most of what I know about that offense and how to teach it comes from those scratches on the worn legal pad. And more than one conversation with Lloyd over the years in places as varied as restaurants on the South Hill to hotel rooms on the other side of the mountains.

I’m going to miss Tommy Lloyd. So will Gonzaga. And Spokane. 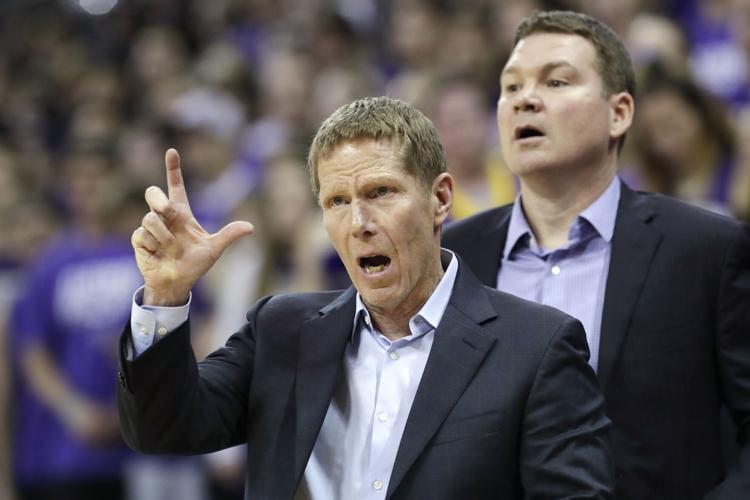 If all you know about Lloyd is what you see on TV, you’ve missed out. The guy who would get up and walk to the end of the bench multiple times during a game. The guy who would stand up to whisper in Mark Few’s ear. The guy who would spend key moments in a timeout instructing Drew Timme or Joel Ayayi. That’s the TV version of Lloyd. It’s a picture of a, seemingly, life-long Gonzaga assistant coach. But it was an incomplete picture as there ever has been drawn.

Like many in the Spokane basketball community, I met Lloyd years ago. Then, he was the young guy on the staff with the energy, the guy who worked exceptionally hard on player development and even harder developing Gonzaga’s reputation and connections overseas.

He is also the guy who got married (he and his wife Chanelle tied the knot while he was still playing) and raised a family in Spokane. In a lot of ways, he was just another guy with a family, living on a South Hill street. Though, come to think of it, the hoop on the front driveway was a lot nicer than most.

As his eldest, Liam, grew up in the Spokane AAU system, our paths started to cross more and more often. We would talk. Basketball, of course. By the time Liam’s team had run mine out of the gym in the AAU eighth-grade championship game, we had talked often. Basketball, of course. And then, as Liam spent the summer playing in our travel program, Tommy would chip in at practice. And it was easy to see why he was so good at developing players – and not just in basketball. Of course.

Look, Lloyd is a man generous of his time if you are invested in hoops. After Liam moved on, spending his high school summers playing with John Stockton’s group of year-older players, Lloyd was still accessible.

If I needed advice about anything related to the game, Lloyd was someone to whom I reached out. It might take him a while to get back in touch – hey, Lithuania isn’t next to North Dakota you know – but he would get back to me. Sometimes it was a text. Sometimes it was a call. And sometimes it was an hour or two at a local watering hole as I asked questions about slipping screens or court balance or some such thing and he would explain how to teach it.

It’s a weird thing about the game. True lifers, like Lloyd, don’t care what level you are teaching. If you care about helping players get better, they care too. I’ve found the same trait over the years with people as varied as Tony Bennett and Kelly Graves. If you want to learn, they are willing to teach.

Lloyd was a bit different though, having come up from the middle school ranks along the volunteer and do-anything-asked path to the pinnacle of the game in America. It’s a road few take. And he never forgot the potholes, the hills or the importance of staying connected with people who helped keep you moving along the path. Heck, he’s never forgotten to stay connected with people who are just hitchhiking the same road as well.

For the past few years, I’ve stuck my thumb out a few times and Lloyd has offered a ride. Our destinations are different. Way different. But the roadmap we shared was a love of teaching a game that challenges our youth in immeasurable ways.

Not many people in Lloyd’s former position – I have to write that now – are as willing to share of their meager resources of spare time. It’s part of what made Tommy, Tommy.

It’s all there. All on that worn, coffee-stained legal pad.

• Years and years ago I used to compete against an L.A. Times writer when we both covered the UC Irvine basketball program. And by compete, I mean it. Every day was an opportunity to out-work, out-write and out-report each other. But we were also friends. And shared our pasts as friends do.

One night in Stockton, Calif., as we consumed an adult beverage or two after competing in the city’s old “arena,” we talked about teachers who meant something to us.

He brought up his P.E. teacher (and tennis coach) at Marina High in Huntington Beach, Calif. A young teacher who seemed destined to be a high-school lifer. Some guy named Lute Olson. Turns out, Olson was actually destined to be the guy who turned around Arizona’s basketball program.

And now that mantle is passed on to another teacher. There was a time, not all that long ago – hey, when you’re my age, time is relative – when Tommy Lloyd was working at a middle school in Spokane. He wanted to be a college basketball coach. He pestered and pestered and succeeded.

Good for him. Good for Arizona. Good for Tucson. Bad for Spokane. 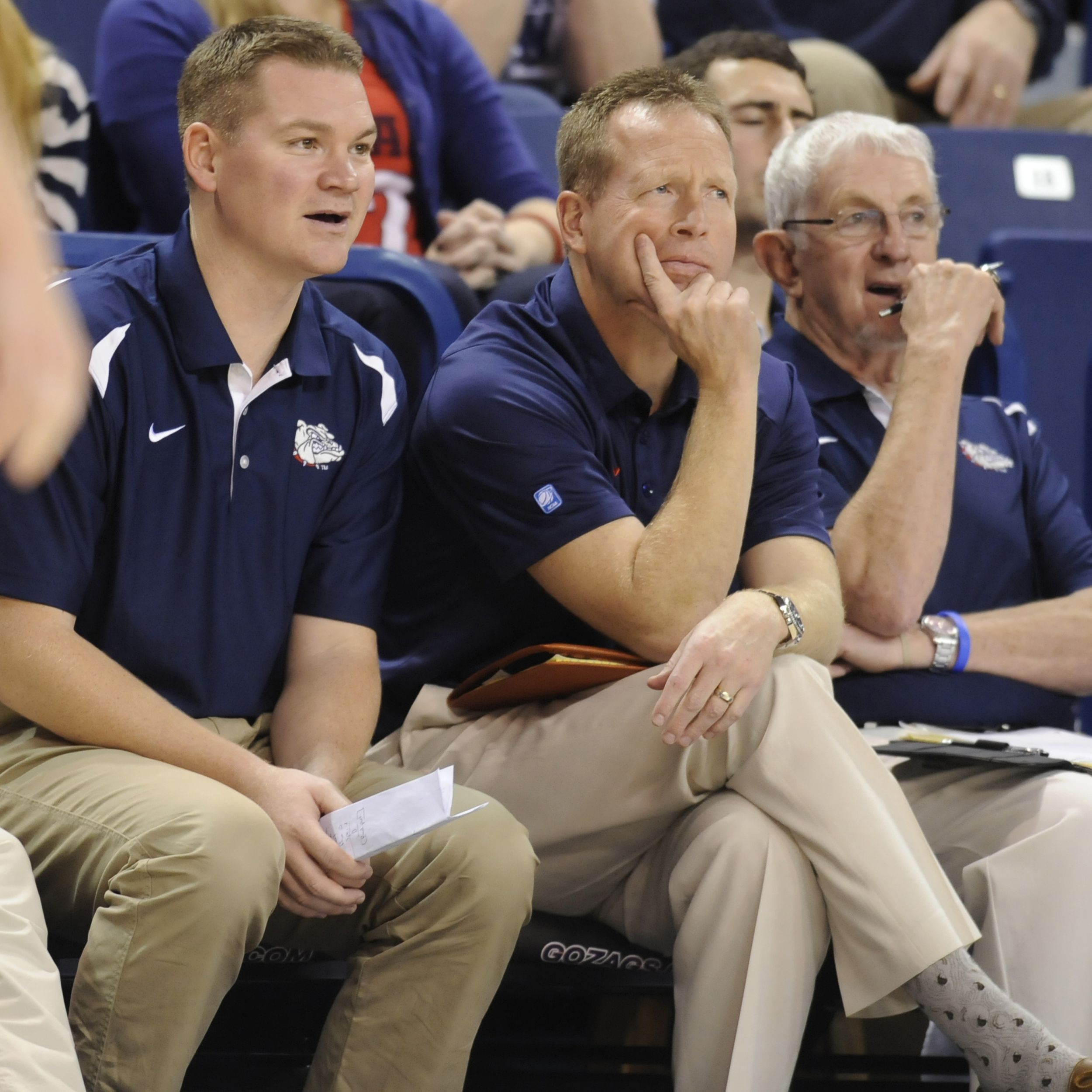 Gonzaga: The Lloyd news broke, officially, last night. Jim Meehan had his first story up in the afternoon. And he kept adding to it. … Yes, Lloyd will be missed at GU. For multiple reasons. John Blanchette, however, explains why the program will withstand the change. … Oops. We messed up yesterday concerning the WNBA draft. It starts tonight at 4 p.m. If you want to catch up, Jim Allen had a story yesterday concerning the Gonzaga trio awaiting the results. … This is related to the Lloyd news. Just passing it along because it makes me laugh. … There are almost innumerable stories out there related to Lloyd’s hire by Arizona. It is, after all, one of the two-or-three highest-profile jobs on the West Coast. Lloyd will have to re-recruit some players in the transfer portal as well as connect with the alumni that wanted one of their own to replace Sean Miller.

WSU: Around the Pac-12 and college sports, the NCAA moved forward yesterday with the plan to give athletes one free transfer during their time competing. … Washington went live yesterday at spring practice, with real hitting and everything. It’s how everyone gets better. … CJ Verdell is feeling better and that’s good for Oregon. … Colorado is looking for a starting quarterback. … So is Utah. … There has been a lot of coaching turnover at Arizona. … In basketball news, the Oregon and Oregon State women made some roster news yesterday. … So did the Oregon State men. Big news. … Oregon hired a new assistant. … Another Arizona State player is in the portal.

EWU: Though a lot of players have left the Eastern basketball program after Shantay Legans moved on to Portland, new coach David Riley has enticed a talented wing to Cheney. Ryan Collingwood has the story of Rylan Bergersen’s commitment. … Larry Weir’s latest Press Box podcast features a roundtable with Big Sky broadcasters. … Around the Big Sky, Portland State is going to study how to improve its athletic programs.

NIC and CCS: Basketball in the spring? Yes. Ryan has this story on the weird, coronavirus-impacted spring season for the local community colleges. 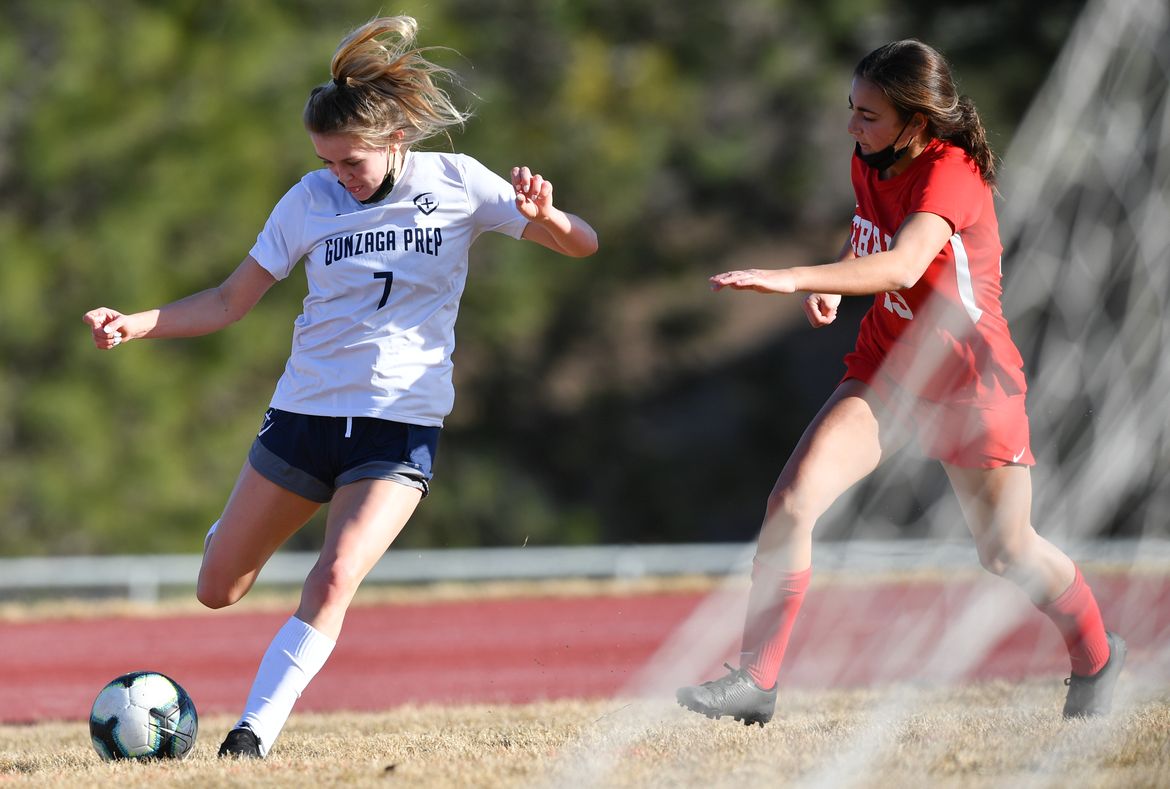 Preps: It is your typical busy Thursday in the paper as it relates to prep coverage. That’s a good thing. Dave Nichols starts it off with a feature on Freeman’s longtime volleyball coach stepping down. … Dave then moves to soccer, with a story on the rivalry this season between the Gonzaga Prep and Central Valley girls. Without a state tournament, it was the pinnacle of the sport. … Dave also has a story on the first day of the spring NCAA signing period and a roundup of Wednesday’s action.

Chiefs: Spokane seems to have figured some things out. The Chiefs picked up another win last night, this one in Portland. Kevin Dudley has the particulars.

Mariners: Rain hit Baltimore again yesterday. That means another doubleheader today, the second in three days. … Baseball is going to experiment with moving the mound back a foot in the independent Atlantic League. It’s about time.

Seahawks: The Hawks’ president, Chuck Arnold, will be with the club for a few more years. … Voluntary workouts are going to stay virtual for a while. … Another pass rusher visited Seattle.

Sounders: Stefan Frei has agreed to a two-year contract extension.

• If it isn’t clear, what I wrote today was my way of saying thank you. Publically. When I retired from the S-R, I wanted to pay back sports for all they had given me. I’ve coached high school baseball. I’ve done other things. But what has been my passion is basketball on the youth and high school level. It’s a tough game to teach well. Others know so much more about that than I. So I’ve tried to tap their expertise. Some don’t want to share. Others are willing to help in any way they can. Tommy Lloyd was in the latter category, big time. Thanks so much. And enjoy Tucson. Until later …