A GRIP ON SPORTS • Let’s see what is on tap for today. Spend some time reading the Sunday paper. That’s a given. Wait for the eldest son to return from his second vaccine shot and hope he feels well enough to enjoy his scheduled round of golf. Turn into ESPNU and see where Eastern Washington is headed in the FCS playoffs. Watch the M’s and the Astros. That’s more than enough, isn’t it?

• Sure it is. After all, baseball is usually all we really have in late-April. The addition of some drama related to football is a bonus – Eastern is vying for an at-large berth after Weber State earned the Big Sky Conference’s automatic bid. 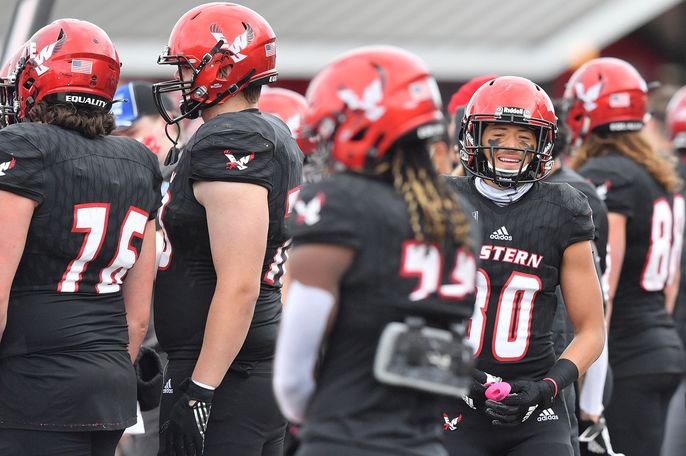 We’re guessing, however, whoever has to line up across from the Eagles next weekend won’t consider it a bonus.

EWU is 5-1 and should probably be 6-0. The Eagles’ offense is among the best on the FCS and it features, in quarterback Eric Barriere, one of the division’s best players. The defense can be stout when needed, as it will over the next four weeks.

In other words, as at-large teams go, Eastern is a load.

The journey toward the first spring FCS title game in history (and hopefully the last) begins this morning at 8:30 a.m. In fact, as we write this we have already decided to wait to see whom Eastern will play, if in fact the Eagles get into the tournament. (Spoiler alert: they did.)

The Eagles’ first-round opponent is a doozy, however. They will travel to perennial power North Dakota State next Saturday. It doesn’t seem like a fair matchup for either school.

• Speaking of announcements, Chet Holmgren, the best basketball player in the 2021 class that hasn’t signed a letter of intent (or the best player, period), will announce his college choice Monday morning.

If you are a Gonzaga fan, you probably should be up in time for ESPN’s morning SportsCenter. Just about everyone who predicts these sorts of things is saying Holmgren, a 7-foot-1 wing with outstanding shot-blocking skills, will attend GU.

• The Astros are a bit beat up, if you consider dealing with COVID-19 protocols “beat up.” Some of their better players, including Jose Altuve and Alex Bregman, aren’t available this weekend. But Zack Grienke was last night and that was basically enough.

The veteran righthander with the assortment of junk shut out the M’s over eight innings. Ryan Pressly completed the whitewashing and the Astros won 1-0. All is right – or wrong, depending on your perspective – in the world.

One positive for the M’s came in the form of another strong outing from Chris Flexen, the 26-year-old former Met that the M’s signed out of the Korean League. In 16 innings over three starts, Flexen has 14 strikeouts and a 3.38 earned run average.

• The transfer portal has flexed its way into the nation’s consciousness over the past few years. In fact, saying someone is “in the portal” no longer conjures up Star Trek images and references, though we still like to use our Scotty voice when talking about it.

Anyhow, Dan Thompson delved into the portal this morning, an NCAA-created entity that not only helps transferring college athletes find new homes, but helps coaches restock their roster. Never forget, when you hear a coach begin complaining about “all the transfers out there” or “kids never stick it out anymore,” they are more than likely perusing the portal for players as well. 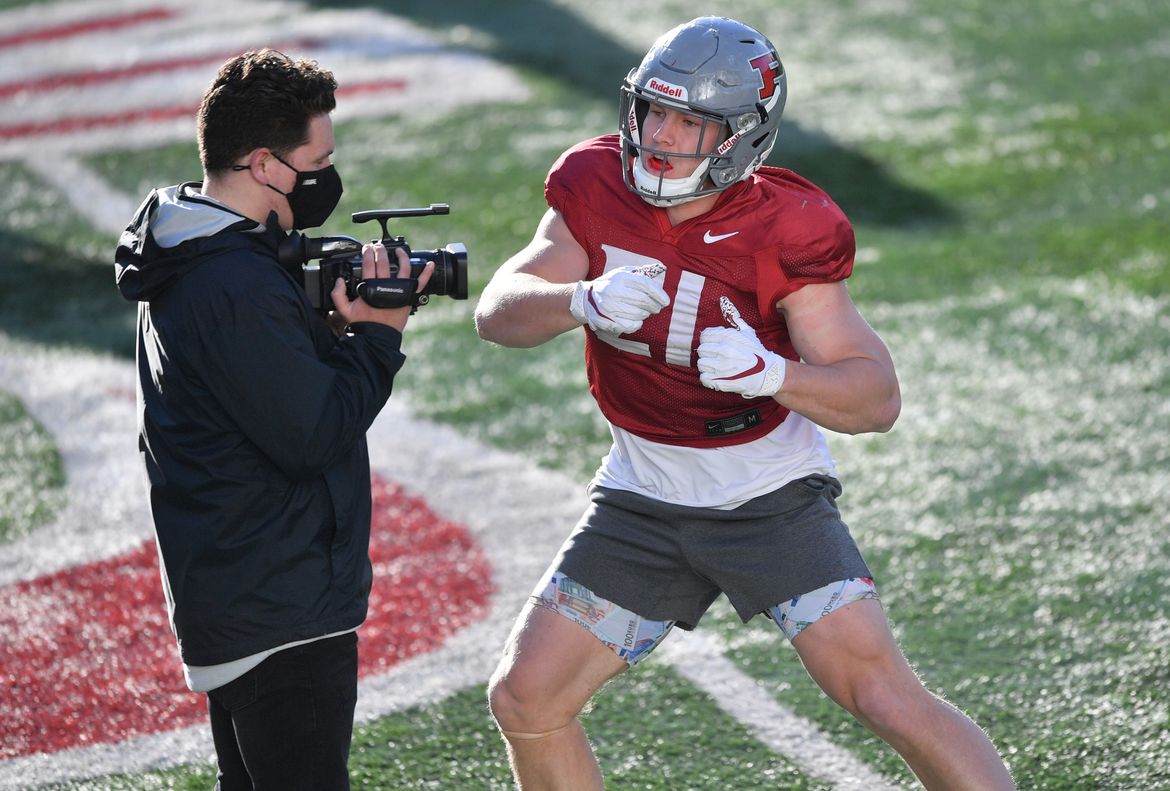 WSU: Max Borghi was out to prove something last fall. Then he never really had a chance due to a balky back. Now he’s really out to prove something. Theo Lawson has this story on the best offensive weapon the Cougars have. Theo also covers their second scrimmage of the spring in the piece. … The baseball team fell at No. 13 Arizona yesterday but will try to win the series’ rubber match today. … Elsewhere in the Pac-12 and college sports, it was scrimmage day around the conference. Washington held one that was mainly an add-on to practice. So did Oregon and Oregon State, with the Ducks’ offense shining and the Beavers’ defense dominating. There was also a scrimmage at Colorado and another at Utah, where the Utes may have found their starting quarterback. USC held one too but, being it was the Trojans’ last scrimmage, they called it their spring game. Arizona just called its a scrimmage. … In basketball news, USC’s elder Mobley, Isaiah, is going to test the NBA waters. … Colorado is happy to have a transfer in the fold. 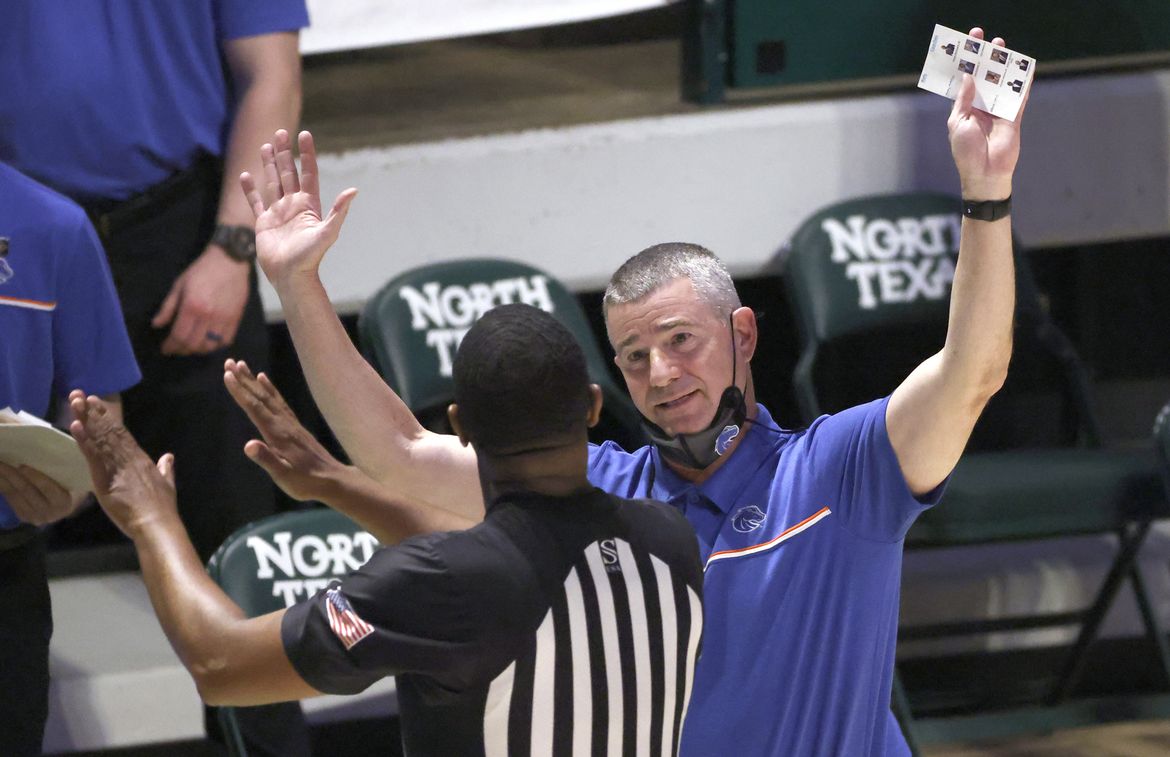 Gonzaga: As Tommy Lloyd leaves the GU nest to take over the Arizona program, Jim Meehan took some time to examine the other times Mark Few’s top assistant left for another job. Though the track record is spotty, none of the others every had the opportunity at a West Coast blue blood as Lloyd will enjoy. … Speaking of Arizona, the folks in Tucson have tried to share every piece of information they could find about Lloyd and the players he is recruiting. … We mentioned Holmgren above (and linked Jim’s story, which we link again here).

EWU: Another thing we mentioned above is Eastern’s FCS playoff destination. … Elsewhere in the Big Sky, Montana and Portland State played a football game in Missoula on Saturday. It was not a conference game, just a friendly between two conference schools. The Griz pounded out a 48-7 victory. … Montana State may have found its quarterback already.

Idaho: The Vandals finished out their spring football season yesterday in Flagstaff. Northern Arizona clamped down in the second half and earned a 19-9 victory.

Preps: The Spokane Schools’ board of directors will be making a stadium decision soon. Jim Allen takes some time to examine another issue pertaining to a downtown site, Spokane’s Civic Theatre.

Chiefs: Spokane’s two weekend games with Tri-City were postponed due to COVID-19 issues among the Americans. In lieu of a game story, Kevin Dudley has these observations.

Mariners: Yep, Greinke was almost impossible to decipher last night, especially for the usual hot-hitting top of the M’s lineup. … Considering the outcome Saturday night, maybe this was not the best time to run this story. … The Mariner fans have had no problem booing the Astros thus far. Good for them. … The organization is trying to educate the players on the benefits of the COVID-19 vaccine. … How do you feel about the extra-inning, baserunner-on-second rule?

Sounders: Despite so many roster changes, how has Seattle been able to keep it rolling, at least for one match?

• How do you define sore? If your right leg hurt so badly you had trouble sleeping last night, would that suffice? How about a tight back that makes it hard to bend over to pick up the cat’s hacked up, well, you know? Or a left shoulder that doesn’t seem to want to move correctly as you type? All of those things are in play here this morning. Then again, the yard looks great. At least the part of it we finished yesterday before succumbing to the aches and pains of middle age. OK, old age, but who’s counting? Plus, we had to stop. Found water under our kitchen sink in the mid-afternoon. After clearing everything out, we discovered our garbage disposal is leaking like a sieve when we run it. Ah well. It’s a senior citizen too. Time to bring in a replacement. Hopefully, that won’t be the attitude Kim has this morning when I start complaining about being sore. Until later …