A GRIP ON SPORTS • Smoke can really ruin a late summer can’t it? As well as forest habitat, our lungs and college football preseason practice.

• It would be really cool to be sharing Theo Lawson’s assessment of Washington State’s first scrimmage leading up to the 2021 season. Finding out which quarterback did well Saturday, and not just statistically. What defensive linemen stood out. The way the offensive line meshed together. Who looks like they will win the punting battle.

That’s how reporting of first scrimmages are supposed to go. And did up and down the Pac-12 footprint yesterday. But not in Pullman. 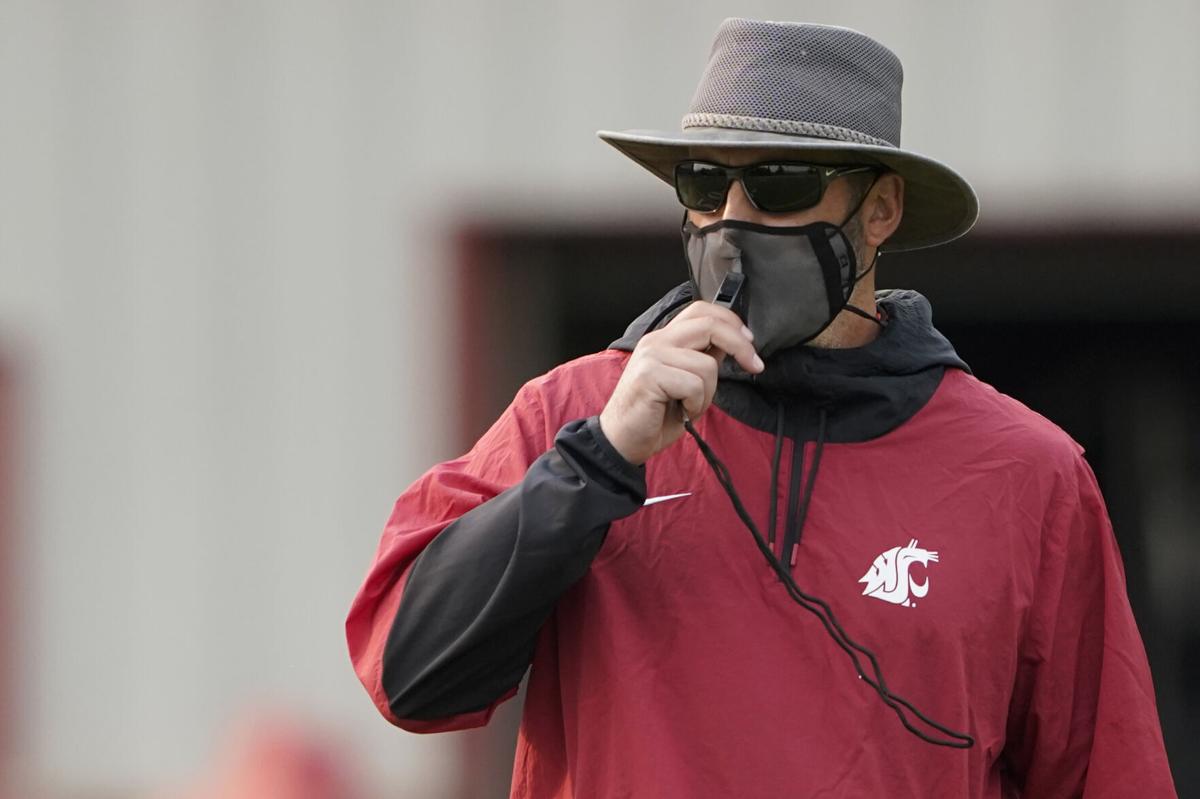 Not because Nick Rolovich was playing the “it’s too important to let anyone watch” card that has been played before among the paranoid variety of college football coaches. And not because declining budgets forced news outlets to skip reporting on the local FBS team.

Nope. Blame this one on dirty air. Air that looks more like French onion soup than chicken broth. Air that is the consequence of the wildfires burning throughout the region, threatening homes, threatening health, threatening our idyllic Inland Northwest way of life.

The air outside was unhealthy to breathe Saturday. It forced the Cougars into the practice bubble just south of the baseball field, a facility equipped with filters that can catch at least some of the fine particulates from the air before they can cause damage to the players.

Whether there is room enough for the media to watch and document what was going on Saturday is up for debate – we used to watch cold-weather practices in there all the time back in the day – but in this period of a pandemic, when indoor crowds are to be avoided if possible, we understand the caution.

But that means the 2021 Cougars’ first chance to show what they can do wasn’t a chance at all. At least not to anyone outside of the coaching staff.

Rolovich shared with the media that group’s impressions following the workout. And, like just about every college coach we were able to survey this morning, it wasn’t positive as far as the offense was concerned.

Which is probably a good thing. Whenever a college offense dominates its defensive counterparts in the preseason’s first scrimmage, it’s usually a foreshadowing of a tough season ahead for the defenders. Offense often takes a lot longer to fine tune, especially at the college level, so one would expect the defense to be ahead.

Even though we can’t attest to it with our own observations, it certainly seemed that way in Pullman yesterday.

Maybe soon the smoke will lift and we’ll be able to, you know, actually watch.

• What were you watching last night? A meaningless preseason NFL game in which few, if any, starters actually played, or a mid-August baseball showdown between two teams involved in the American League wild-card chase?

I’m guessing when the TV ratings are tallied, the Seahawks game will have garnered more eyeballs. But, despite that, the Mariners’ come-from-behind win over Toronto will prove to be more important. And even more so if the M’s can complete a series sweep this afternoon.

The M’s have made up two games on the Blue Jays by winning the past two nights. Win today and Seattle jumps past them into fourth in the wild-card race, a race only two teams will win. But fourth is better than fifth, where the Mariners were going into Friday’s game – and they will be if they lose today.

The two wins have given Seattle a heck of an opportunity today. The question is, can Logan Gilbert and the M’s take advantage? 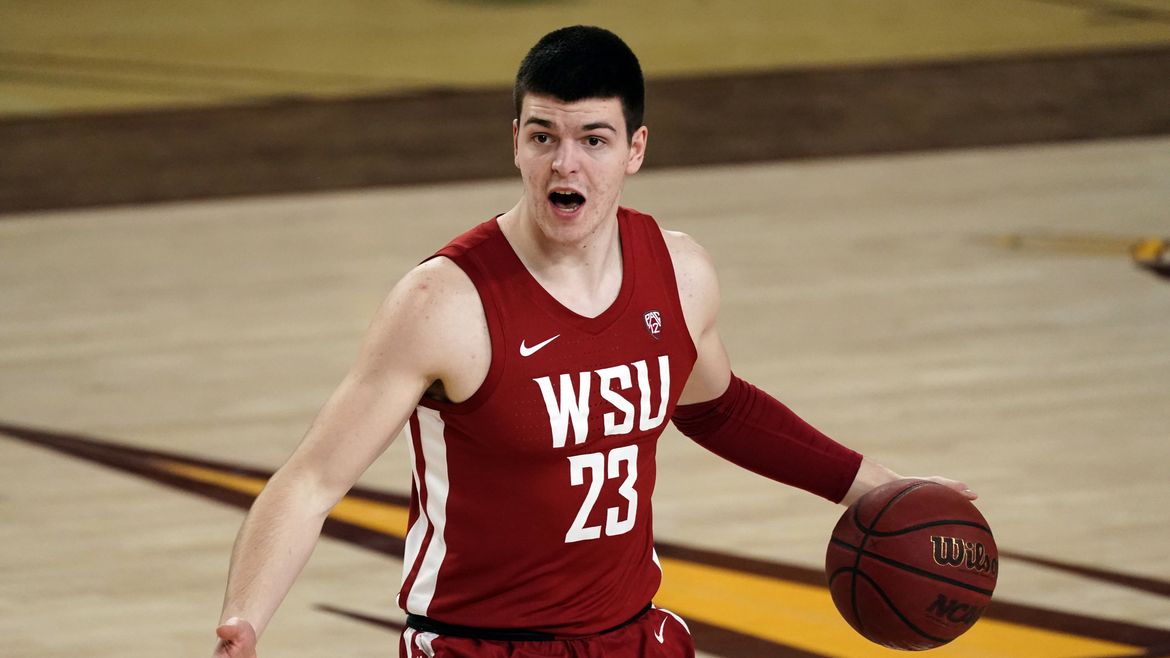 WSU: As we said, Theo passes along Rolovich’s impressions of the scrimmage in this story. There is three weeks until the season opener against Utah State. … There was basketball news yesterday as well. Andrej Jakimovski is not leaving after all. Just after Kim Aiken announced he was transferring from Eastern Washington to Washington State, Jakimovski entered the transfer portal. Aiken didn’t get accepted into the WSU graduate program he wanted so instead headed to Arizona. A week later Jakimovski announces he’s staying in Pullman. (Or returning, however you want to look at it.) Theo has more in this story. … Pat Chun is happy with how WSU’s athletic programs are performing. … Elsewhere in the Pac-12 and college sports, we pass along Jon Wilner’s thoughts on the best teams of the Pac-12 decade. … There was not enough smoke in Seattle to move Washington’s first scrimmage inside, so we can pass along impressions. … The Huskies have stockpiled offensive linemen. … What is your impression of Mario Cristobal as a coach? Not a recruiter but as a coach? That’s the big question as Oregon tries to inject itself into the national title hunt. … The Ducks’ defense was on point. … As was the Oregon State defense in the first scrimmage. Notice a trend here? … The thing no one wants during preseason practices is an injury. A Colorado quarterback suffered one yesterday. … The offense, with many starters returning, shined in Utah’s scrimmage. … Freshman backup quarterback Jaxson Dart had a solid scrimmage for USC. … Arizona has work to do on the offensive side of the ball. … In basketball news, Colorado won another game on its Costa Rica trip. 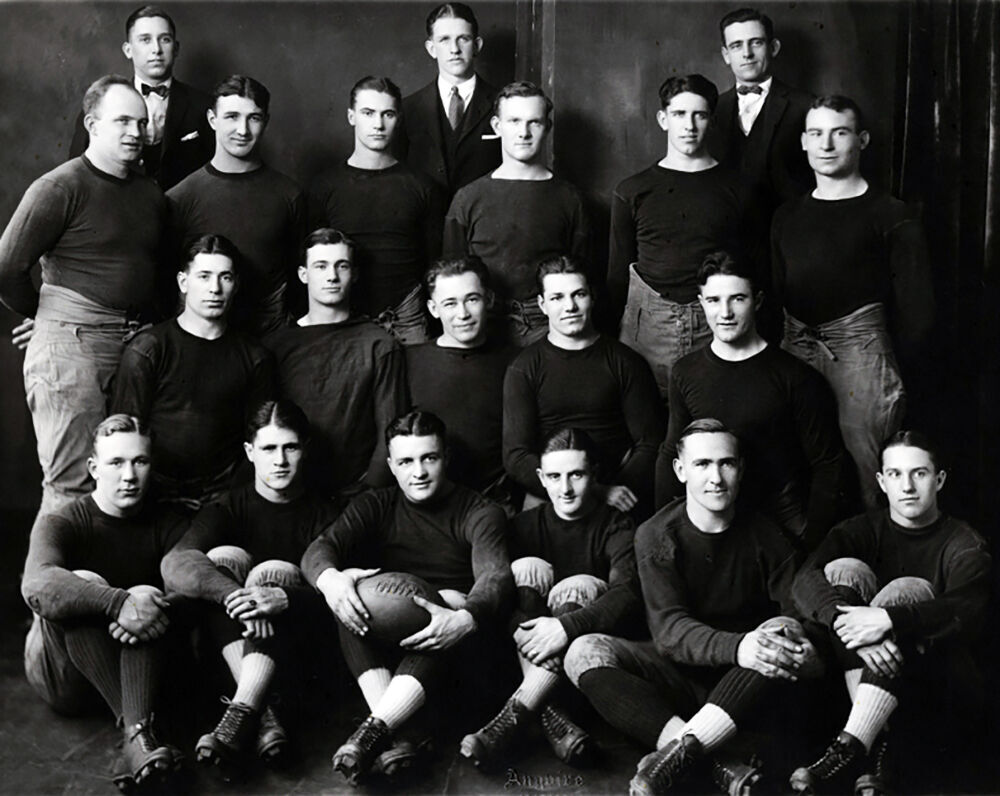 Gonzaga: Did you know Gonzaga once played football? That John Stockton’s grandfather was a star player? And Jalen Suggs was the quarterback? OK. We made that last one up. But John Blanchette doesn’t make anything up as he looks back at the GU football program and the exemplary season of 1924. It’s the latest chapter in the S-R’s Gone But Not Forgotten series. The Bulldog’s football program certainly hasn’t been forgotten, especially considering they haven’t played a game in 80 years. … A bunch of former Zags and Cougars played yesterday in the NBA summer league.

EWU and Idaho: Around the Big Sky, Northern Colorado’s new look coaching staff is making strides. … Montana’s offensive line has made strides as well. … UC Davis may have goals beyond the Big Sky. … Montana State will feature a deep group of wide receivers.

Indians: Another solid pitching performance, another Spokane win over Tri-City. Dave Nichols has this story of the Indians’ 2-0 victory in Pasco. No, this is not a broken record. Just another in a series of outstanding pitching performances from Spokane as the High-A West season winds down.

Mariners: Though Yusei Kikuchi didn’t have his best outing, the M’s bats bailed him out in the 9-3 victory. … The Blue Jays may have lost centerfielder George Springer for a while. … Seattle practiced some before their games this weekend. It paid off. 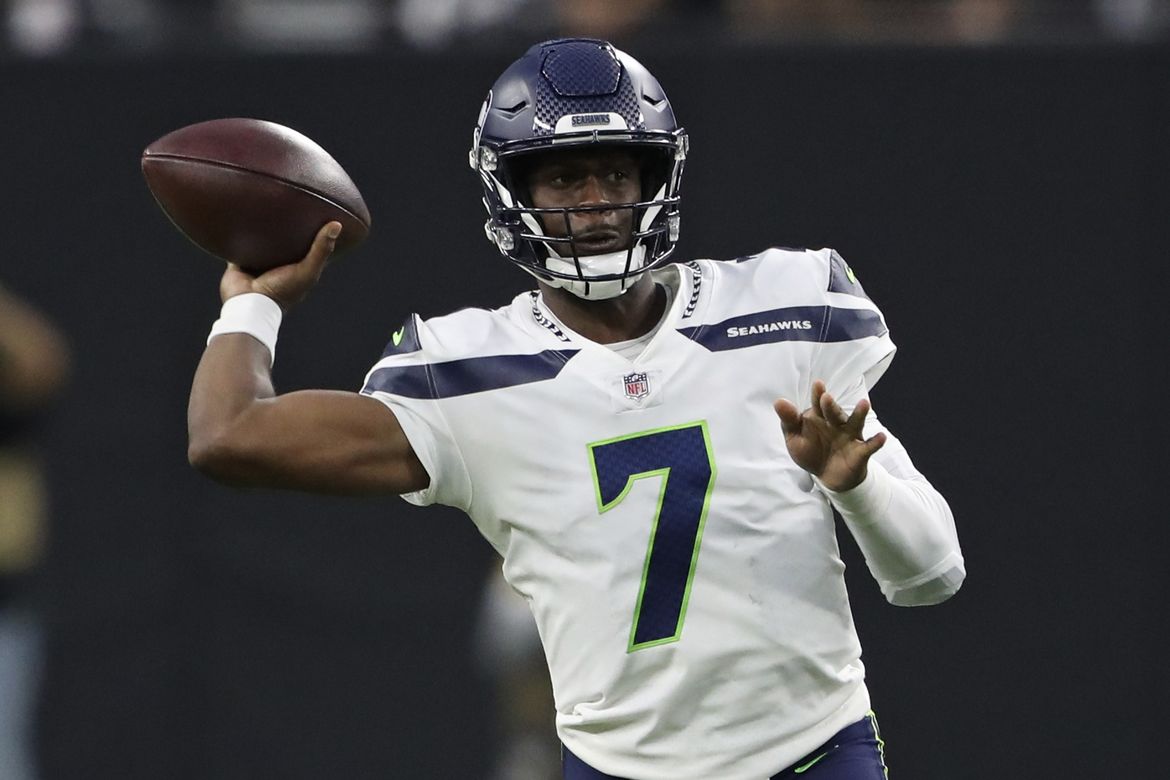 Seahawks: Nathan Peterman? Yep, Nathan Peterman. The laughing stock of the NFL when he played in Buffalo, Peterman is the Raiders’ third-string quarterback. And the guy who led Las Vegas past the Hawks 20-7 on Saturday night. … The offensive line was made up of backups. Who didn’t play all that well. … Then again, how the team played last night is not as important as how individual players did.

Storm: Sue Bird and Breanna Stewart, who have had a busy past couple weeks, will get a rest as Seattle plays Chicago.

• Is it just me or is hard to get excited about football when it’s 100 degrees outside? And it’s hard to see to the end of the block? Luckily, the weather is supposed to cool down and the smoke to clear out a bit the over the upcoming week. Oh, that it will be so. High school football practice has already started in Idaho and those teams will be joined by the Washington schools this week. It’s past time for the air to turn from mud to pristine. Until later …