A GRIP ON SPORTS • Let’s start the week by looking around from here to there, shall we?

• Rivalry games are usually tight, taut affairs. OK, not recent Apple Cups, but you get my drift. Anyhow, Sunday night’s rivalry match between the Seattle Sounders and Portland Timbers took on the look of a Mike Leach-Chris Petersen matchup, with the Sounders playing the Husky role. 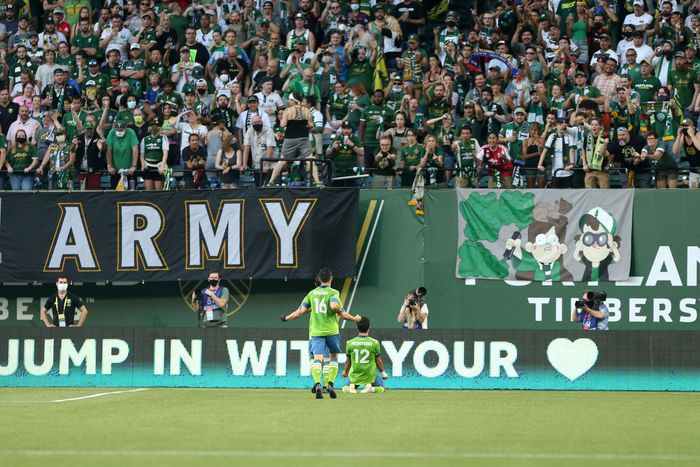 The Timbers’ defense, one of the most porous in Major League Soccer, came apart in the second half, allowing the Sounders four goals after halftime. One of them came in stoppage time, which didn’t seem to make Portland coach Giovanni Savarese too happy. He had to compose himself before shaking Brian Schmetzer’s hand.

But he might not have been as upset with newest Sounder Nicolas Benezet’s late score as he was with the lack of effort his team showed against Seattle’s potent counterattack. It was nearly non-existent all night.

The Timbers, barely above the playoff cut line, have dealt with injuries all season. But they are now healthy. The Sounders have dealt with injuries all season as well, but have been able to handle them better. After 19 matches, they are second in the Western Conference standings with 36 points – one behind Sporting Kansas City – and third in the Supporters Shield race – New England has 43 points in 20 matches.

The Cascadia Cup? Sunday was the first matchup in that competition since Seattle won in 2019. The Portland fans were ready, making Providence Park as loud as its ever been. Their team? Not so much.

• We mentioned yesterday morning how important Sunday’s game was to the M’s postseason hopes. It didn’t go well. Not for Logan Gilbert and not the M’s overall.

The 8-3 loss to the Blue Jays means Toronto leaves the West Coast still a game ahead of Seattle in the American League wild card standings. That’s bad enough, what with 43 games remaining, but the Mariners are also trailing Oakland, Boston and New York.

Not only will they have to play well in the final stretch, Seattle will have to hope three of the four teams ahead of them don’t.

That’s a lot to ask. A win yesterday could have made it that much easier, considering the Mariners were facing one of the teams they are in direct competition with.

• High school football in Washington begins Wednesday. All of the other fall sports kick off next Monday. Why is that important?

Mainly because it is normal. Or at least as normal as 2021 is going to get.

Sure, masks are going to be needed for indoor sports, at least as long as the COVID-19 numbers are skyrocketing. But the football players don’t need them. At least not for the virus. And as long as they are practicing outdoors. But maybe they could use something for the other part of the new normal in August around here: smoke.

Today is supposed to be a pretty good day, considering how bad it’s been. So what’s the air quality index number for this morning? Yep, at 7:35 it was 141, unhealthy for sensitive groups – and just nine point below the unhealthy for everyone category. That’s not as good as we hoped when we made our plan to cut the lawn this morning. Well, at least it’s not in the 300s.

• Something else normal will be happening this weekend. The Inland Empire Softball Hall of Fame will induct its 2021 class. And hand out its “Pop” Bender Award to University High’s Abby Boden.

You can read more about that and other local accomplishments in today’s local briefs column. 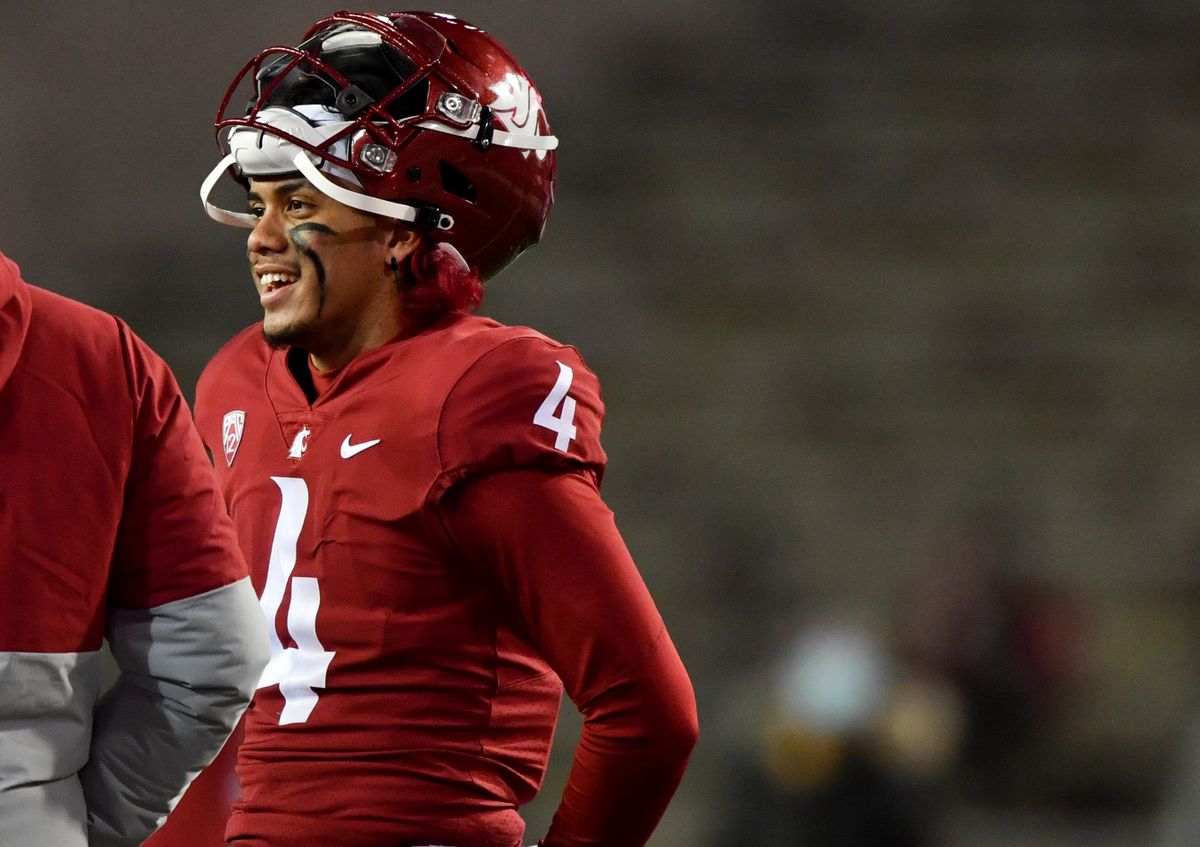 WSU: Want to know who is going to be the Cougars’ starting quarterback? So does everyone, probably including Nick Rolovich. Well, Theo Lawson takes his shot at divining who will start there and at four other key spots up for grabs. … Elsewhere in the Pac-12 and college sports, ever heard of the Four Million Club? Me neither. It’s a club made up of college football games that draw at least four million viewers. As one might expect, the Pac-12 hasn’t had many members recently. One reason: The conference’s best games start so late (due to network requests), the most populous part of the nation is left behind. Another reason: The games just aren’t as important to the national title race. … Sometimes a trip to the bench can restart a career. It seems to have happened for Washington’s Richard Newton. … There is a lot going on in Corvallis via the Oregonian, from some thoughts on Oregon State’s offense to a depth chart. … How did Oregon’s quarterbacks do in their recent scrimmage? … It’s a defensive day from Colorado. … A Utah defender not only makes plays, he mentors other players. … For Chip Kelly and UCLA, everything good about offense starts with the line. … The Bruin defense has a good group of linebackers. … Arizona has already scrimmaged but the Wildcats are still adding to the roster.

EWU and Idaho: Around the Big Sky, the schools are preparing for new overtime rules. 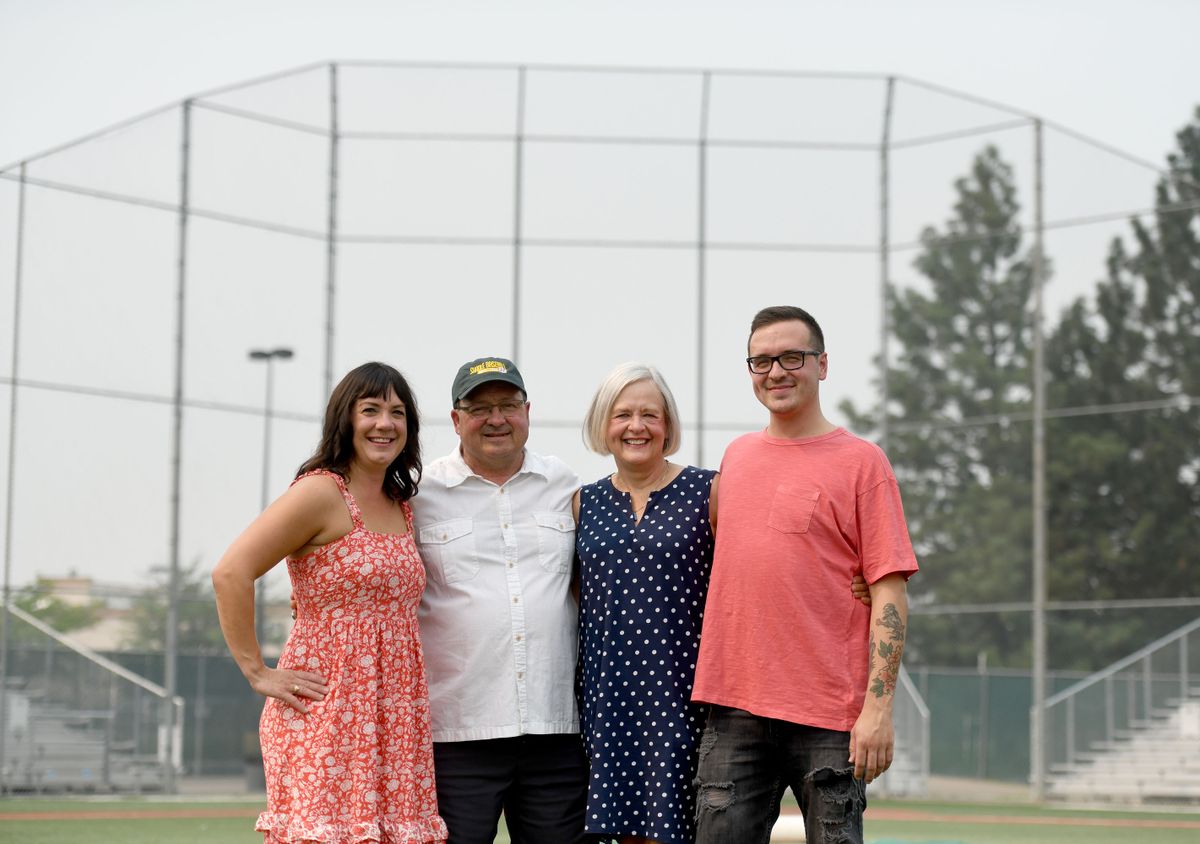 Preps: One of our favorite high school baseball coaches ever called it quits after last season. Shadle Park High’s Ron Brooks has retired, leaving behind a hole in the GSL that will be hard to fill. A bunch of Brooks’ old players, friends and admirers got together Friday to say goodbye. Dave Nichols was there and has this story.

Indians: For once Spokane didn’t receive a solid pitching performance against Tri-City. No matter. The Indians rallied late for another win, this one 6-5. Dave has all the particulars from Sunday’s contest.

Mariners: The Blue Jays pounded out four home runs against the M’s staff in the 8-3 rout. Seahawks: Even though only a few starters played, we did learn a few things from the Hawks’ first preseason game.

Sounders: As we said above, Seattle routed Portland 6-2. The Sounders’ margin was a record for the series as were the goals scored.

Storm: Maybe Seattle should have used one of Breanna Stewart or Sue Bird and given the other the day off. A little bit of a boost would have meant a lot as the Storm lost to Chicago in overtime as the WNBA regular season restarted.

• We have our biannual (that means twice a year, right?) dentist appointment today. Luckily, I’m friends with my dentist or I would be nervous. However, my favorite hygienist retired – she was exceptional – and I’ll have a new one today. Hello anxiety, my old friend. Until later …