A GRIP ON SPORTS • Surprise isn’t a word we use all that much. But we are genuinely surprised this morning. Surprised so many college sporting events went off as scheduled last night. Actually, one probably would have surprised us and there were many more.

• The ways things are going around the world these days, just getting to the starting line is pretty impressive. Take the Las Vegas Bowl last night. It went off. With Wisconsin winning 20-13 over Arizona State. That’s a win for the Big Ten, a loss for the Pac-12 and a no-show for nine Sun Devil starters. 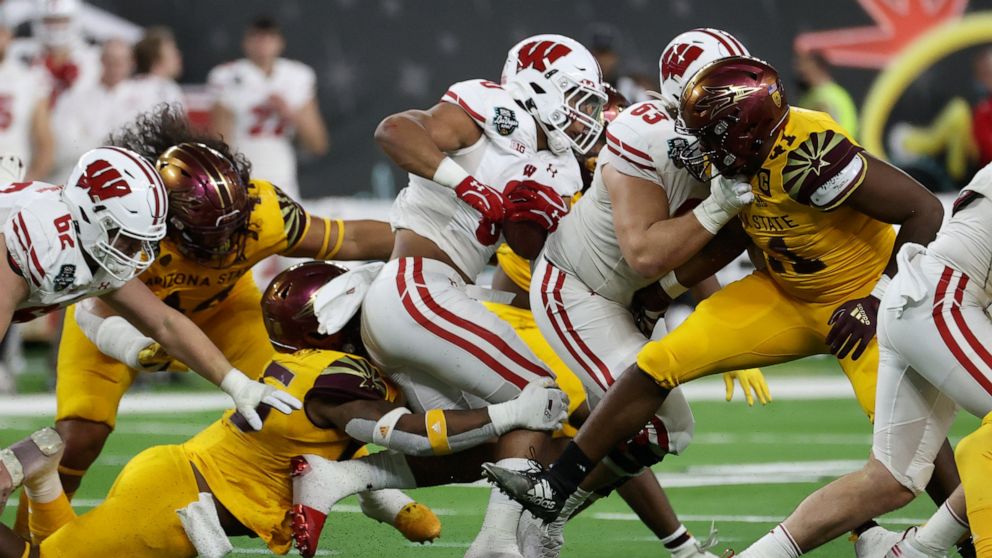 That’s almost half of their starting group.

But considering neither Gonzaga basketball team was able to play last night (and both were scheduled) nor were the Whitworth men (they lost a game due to travel issues for their opponent, Wisconsin-River Falls), then just being able to turn on ESPN and watch a little football seems like a victory.

Or CBS this morning. In less than two hours (as we write this), Washington State is slated to face (checks notes in case there were any last-minute changes) Central Michigan in the Sun Bowl. We can say with some confidence an event from El Paso, Texas has never been so eagerly anticipated in the Inland Northwest. 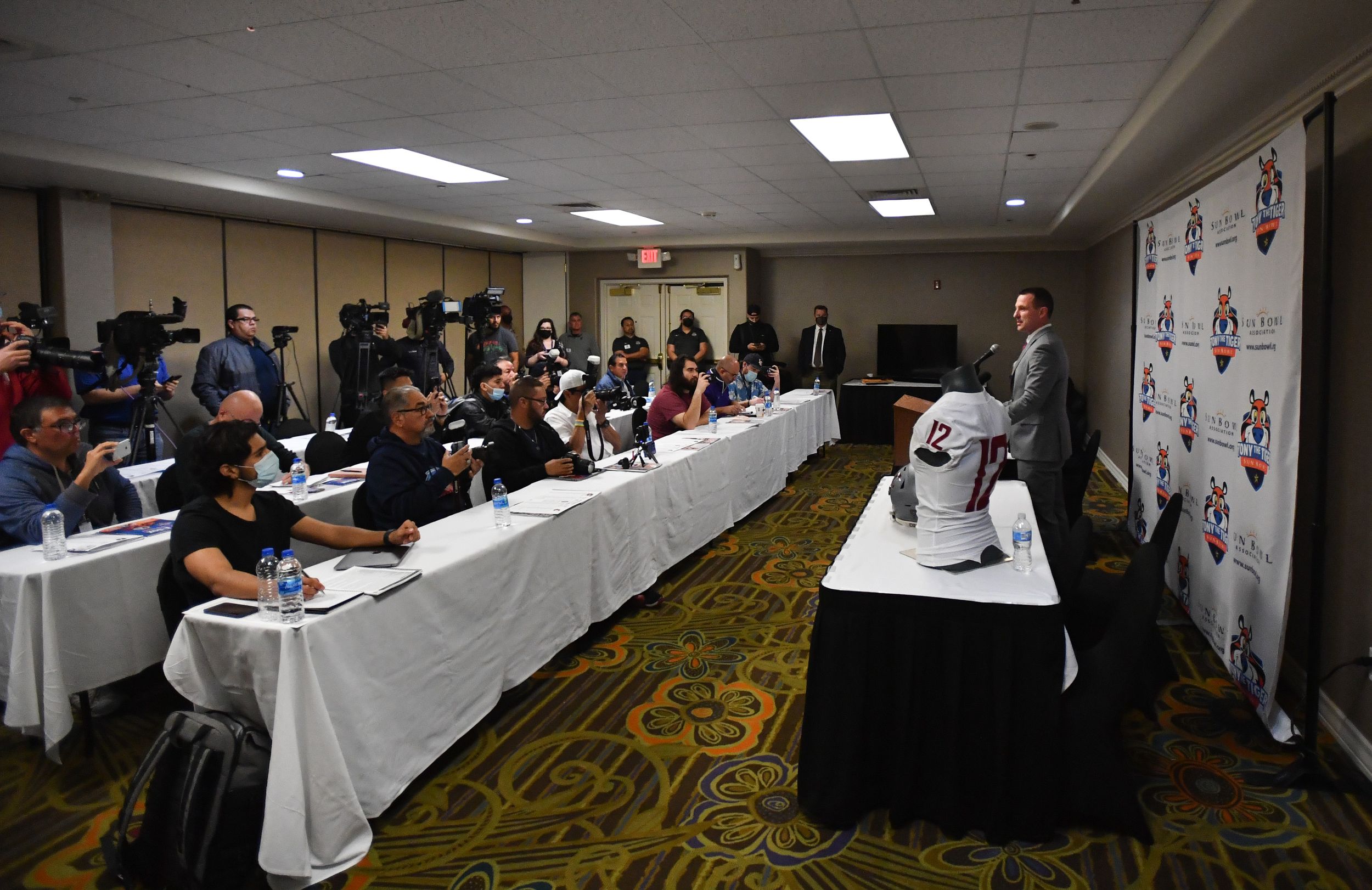 Make no mistake about it. The road to kickoff has been paved with broken glass – for both teams. Central Michigan was slated to play in Tucson, until Boise State had to withdraw. WSU was slated to play Miami, until the Hurricanes blew that matchup to smithereens. And the Cougars are taking the field this morning without a handful of usual starters themselves, including both offensive tackles and 67 percent of their running back corps.

Again, though, just playing seems impressive. Ask UCLA. Or a handful of other schools.

Or any WCC or and just about any Pac-12 basketball team this week.

This December has been chopped to pieces. Will January be the same? We wouldn’t be surprised.

• The two college football playoff semifinals are slated to be played this afternoon and evening. Perennial favorite and top-seed Alabama matching up with No. 4 Cincinnati, the first outsider to crack the Power 5’s exclusive dance. That Cotton Bowl battle kicks just before 1 p.m. on ESPN.  Then No. 3 Georgia vs. No. 2 Michigan, from the Orange Bowl, will follow right after.

We expect both games to be played. However, we can’t predict how many players the virus will sideline. It seems likely at least a few will be out. And that could decide who wins.

Our heart would love to see Michigan play Cincinnati in the finals but our head is sure that game will match up the two SEC schools. Darn it brain, we aren’t listening to you today. We’re going with our heart.

Gonzaga: Both the men and women were hit with more COVID-19 postponements – when will there be so many as to become cancellations? ­– with Jim Allen telling us the women lost a Jan. 8 home game against Loyola Marymount and Jim Meehan sharing the news of Saturday’s game at LMU has been pushed back because of GU’s virus issues. 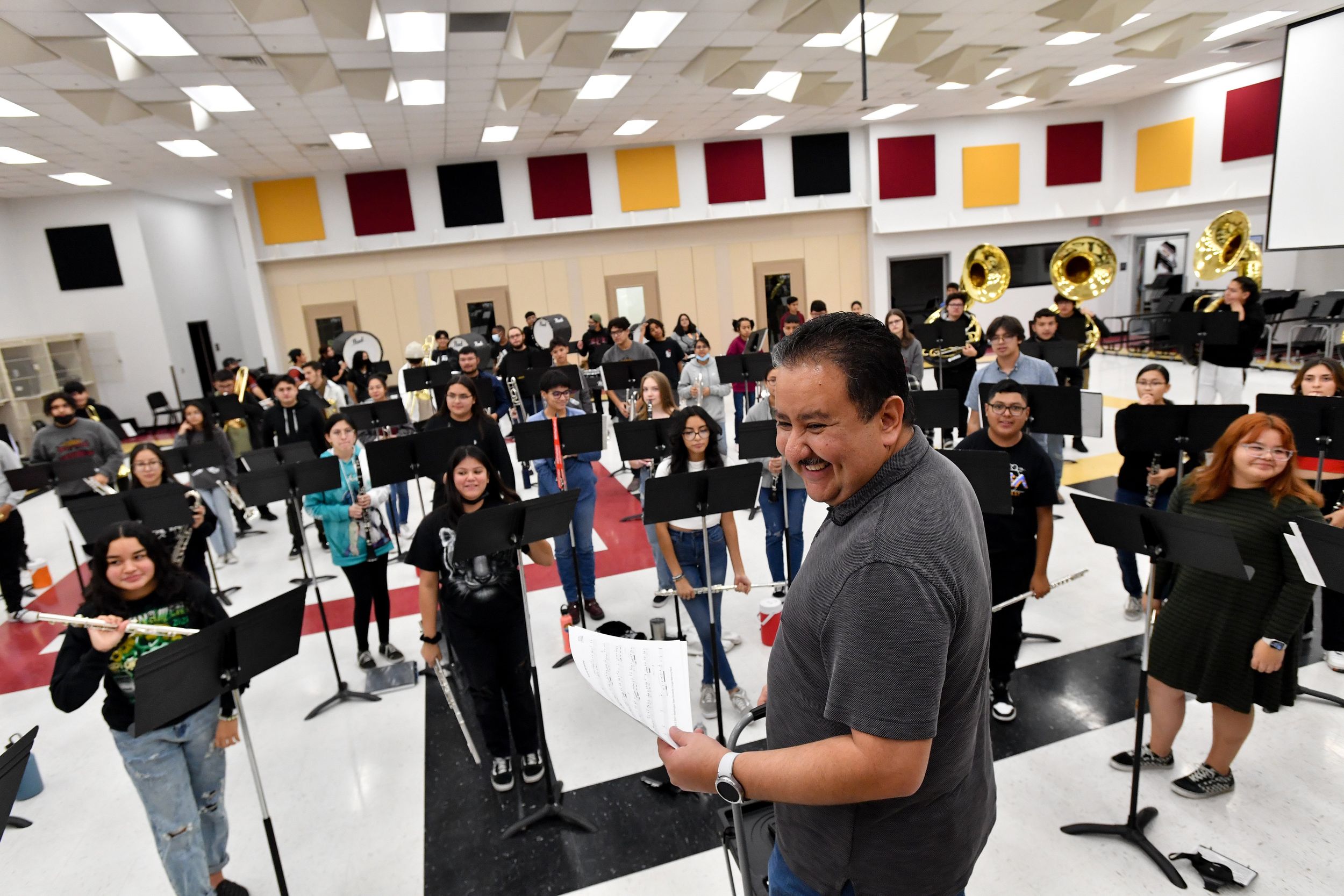 WSU: Yep, the Cougars kick off in just a bit. Colton Clark is in El Paso and has a bunch of stuff, including a preview of the game, the two-minute drill and his pick of which team will win. After today, the 2021 football season will be over. Though it will echo through the years, we are pretty sure. … John Blanchette made the trip and talked with Central Michigan head coach Jim McElwain, who cut his coaching teeth in Cheney. … Theo Lawson is also in Texas and his big story hits all the right notes (sorry, couldn’t resist). It’s about the high school band that is accompanying the Cougars this week. … That story is accompanied by these Tyler Tjomsland photographs, one of three photo galleries Tyler has and we pass along. … There is one more Theo story for you. It is about the (Robb) Akey clan and how it came together for this bowl game. … Before we leave Pullman, Jim Allen has this preview of the conference basketball season ahead for the Cougar women. … Elsewhere in the Pac-12 and college football, 2021 has been a year of upheaval for the NCAA. … Utah (and to a lesser degree WSU) will carry the banner for the conference as the rest of the Pac-12 schools have been whitewashed in bowls. … The Utes have one more sleep until its first Rose Bowl appearance. Now all they have to do is bring their physical nature into their matchup with Ohio State. … Oregon was one of those losing teams but that doesn’t matter now. The Dan Lanning Era is all that matters for the Ducks. … As we mentioned above, Arizona State lost to Wisconsin. … Colorado is rebuilding its coaching staff. … In basketball news, Oregon State and Utah were actually able to play Thursday night, with the shorthanded Beavers winning their first conference game, 88-76.

EWU: The Eagles took eight players to Portland last night and figured out a way to get past host Portland State 63-58. Dan Thompson watched and put together this story on their first conference victory. … Around the Big Sky, Weber State handled Montana State in Ogden. … Montana used a balanced offense to top visiting Idaho State. … In football, the Bobcats switched quarterbacks before the playoffs and it paid off.

Preps: A bunch of holiday tournaments finished up yesterday and Dave Nichols has this roundup that includes basketball and wrestling.

Chiefs: Spokane was back in action Thursday night against Seattle. The Chiefs fell 6-2 at the Arena. Kevin Dudley was there and has this story. 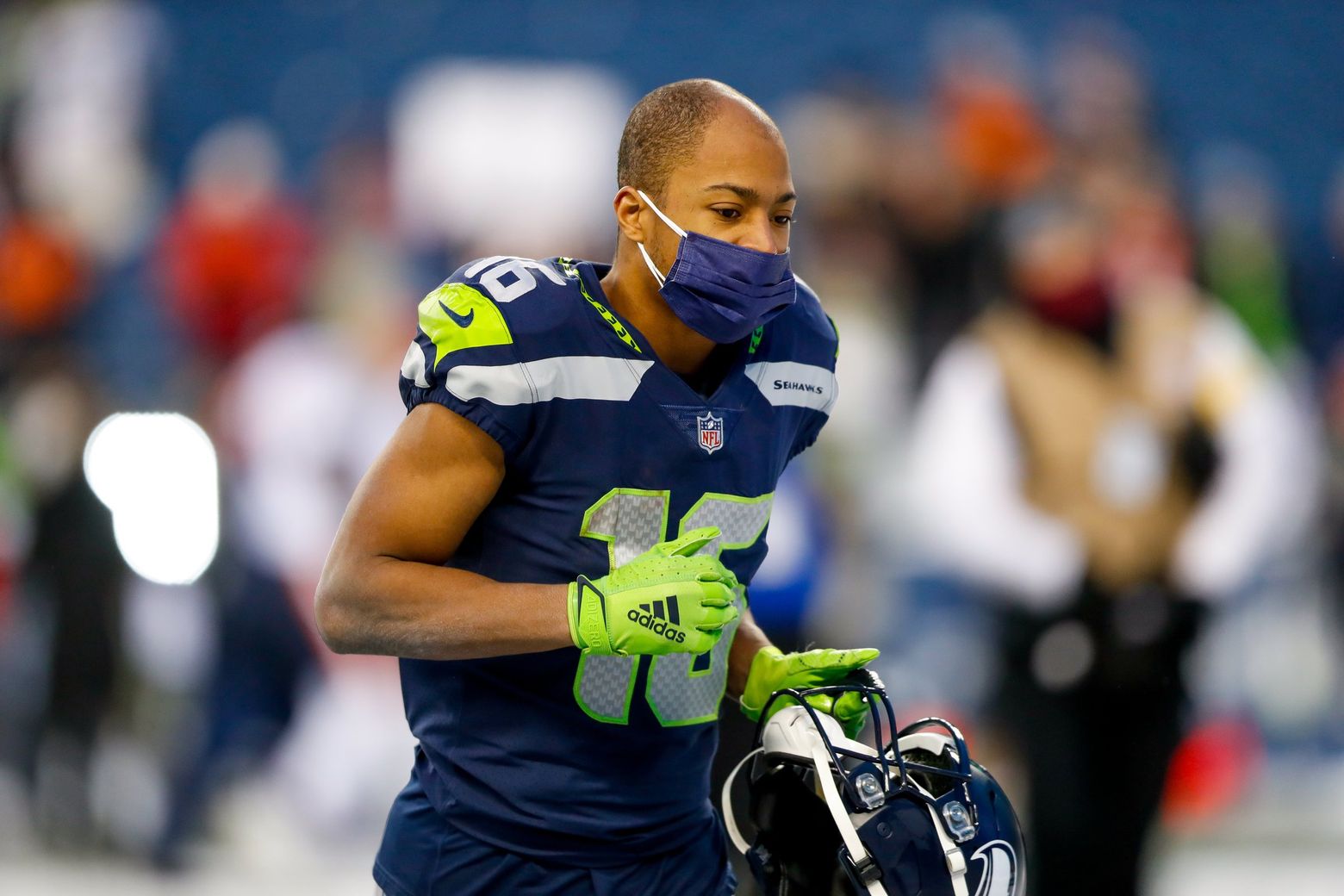 Seahawks: Tyler Lockett missed some time with COVID-19. He’s back. And he wanted to share his experience. A quick summary: It was awful. … Russell Wilson dropped a couple of bombshells yesterday that seemed to almost disappear into the ether. He has a goal of winning three more Super Bowls (good) and is not sure that can happen in Seattle (not so good). … The Hawks are the NFL’s worst third-down team.

Mariners: If you have questions about the M’s, we have found a few answers, including one about a New Year’s resolution.

Kraken: A back-and-forth third period led to a typical result for Seattle. The Kraken lost again, this one 6-4 to visiting Calgary.

• We’ll be back here tomorrow for a couple reasons. We don’t stay up late anymore for New Year’s Eve. And there is no morning S-R delivered to Spokane doorsteps. We want to fill that void what with the Cougar game (fingers crossed) and the college football playoffs (same). And we want to start of 2021 the way we did 2020, with a column hoping the year will see the end of this pandemic. We did not get our wish from a year ago. Until then …