A GRIP ON SPORTS • Mondays are usually pretty quiet around the Pac-12 overall and the Pacific Northwest in particular. Nothing much happens, especially in the evening. As the past year has shown us, though, you can’t take any day for granted, including the quiet days. 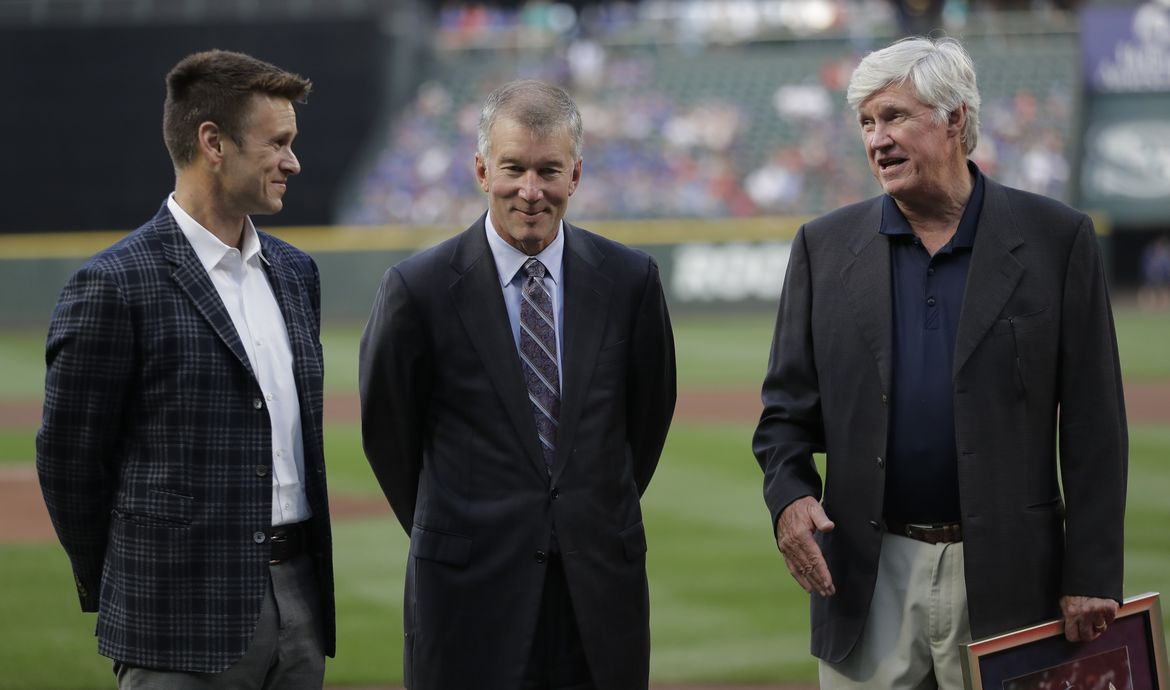 Over in Seattle, Sunday morning dawned with the Mariners’ biggest questions revolving around the opening of spring training. Less than 48 hours later, the organization was reeling, having lost its president and CEO, along with whatever was left of its good name. Now that’s a wild weekend. Reminds me a bit of a Ray Milland movie (look it up kids).

The Pac-12, however, decided 48 hours was too much time. It shrunk a whole bag of news into a lunch box during the past 24 hours. From basketball schedule changes to two showdowns (one concerning each gender), Monday served up a full Monty of news for the conference.

On the court both league leaders won home games against momentum-filled foes. USC scored the first 15 points, made Oregon look as is it was stuck in mud – Dana Altman’s view, not just mine – and routed the Ducks to stay atop the men’s standings. Stanford welcomed Arizona to it pastoral campus and buried the Wildcats, clinching the program’s first conference title in a long while.

But it was off the court where the biggest news was made. The conference office announced a planeload of makeup games and then sent a jet to Pullman to pick up the Cougars. At least figuratively.

Their upcoming road trip to Arizona will now include three games: two with Arizona State and one with Arizona. See, steering clear of COVID-19 (a crapshoot at best, we admit) is its own (and only) reward – at least in the Pac-12.

WSU missed a home game with ASU because of the Sun Devils’ coronavirus issues. With the game rescheduled in Tempe, Washington State will finish the conference season having played 11 of 20 games on the road. (Arizona State, which has been struck with virus-caused pauses multiple times, may just end up with 10 home and seven road games.)

It’s really the only choice the Pac-12 had, but it still made the road to respectability that much tougher for the Cougars. The bright side? Another couple days in Arizona, where In-n-Out and Chick-fil-A roam.

• Speaking of respect, Howie Stalwick put together a list of 10 teams, seasons or people who had as bad of years, athletically, as 2020 had. His sad-sack group is a walk down memory lane – if memory lane is akin to the pockmarked Spokane roads during March. 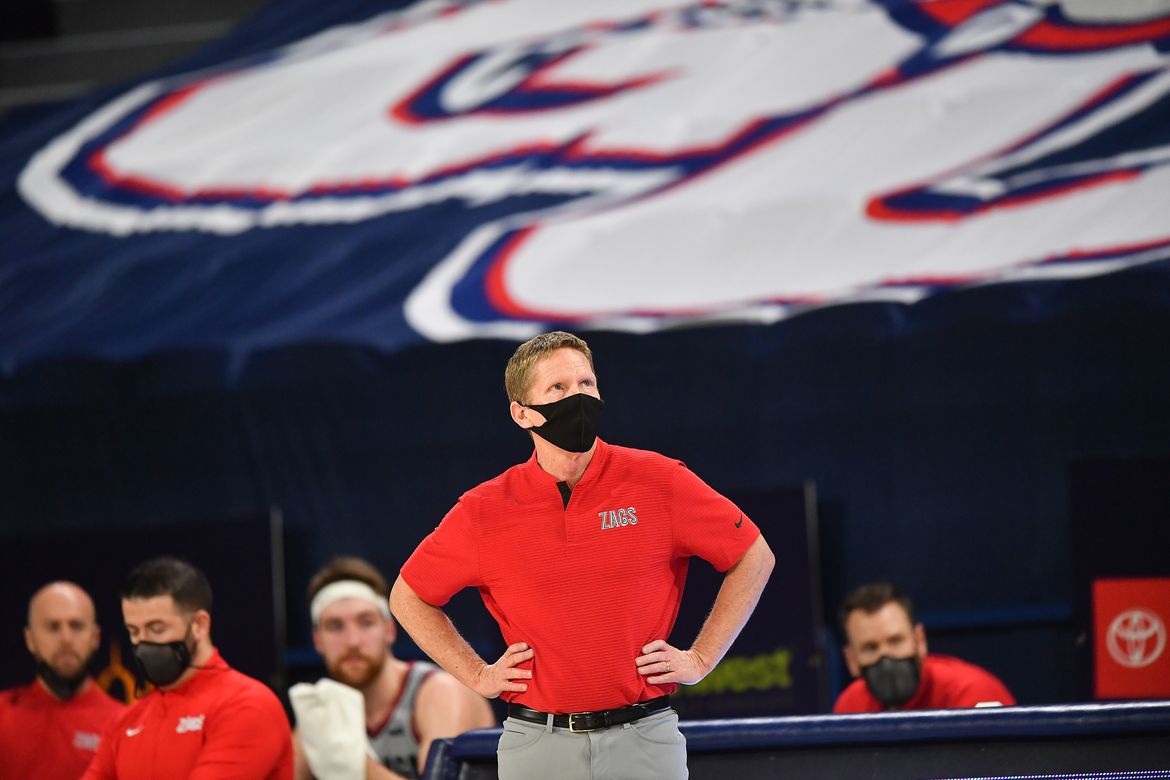 Gonzaga: Speaking of a lot of news (and we were), the same can be said the Zags. Jim Meehan, who took time yesterday as usual to record the latest Press Box podcast with likable host Larry Weir, starts our morning with a story on Mark Few ascending to the top of the winning percentage list among all college coaches. Ever. Considering how many years Few has been at this, it’s one heck of an accomplishment. … Or maybe Jim’s first story is about Few’s continuing feeling Las Vegas isn’t the appropriate place to hold the West Coast Conference tournament. … Then again, it could be the one about Jalen Suggs and the Cousy Award or the one about the poll results from yesterday. Take your pick. … Jill Townsend is a finalist for the prestigious CLASS Award. Jim Allen has that story as well as one on the Zag women’s tumble in the polls after the BYU loss. … They are still represented in these power rankings, however. … Elsewhere in the WCC, Saint Mary’s picked up a key win against Pepperdine. … Is BYU ready for the NCAA Tournament? … The Cougars will allow a few fans into their final games. 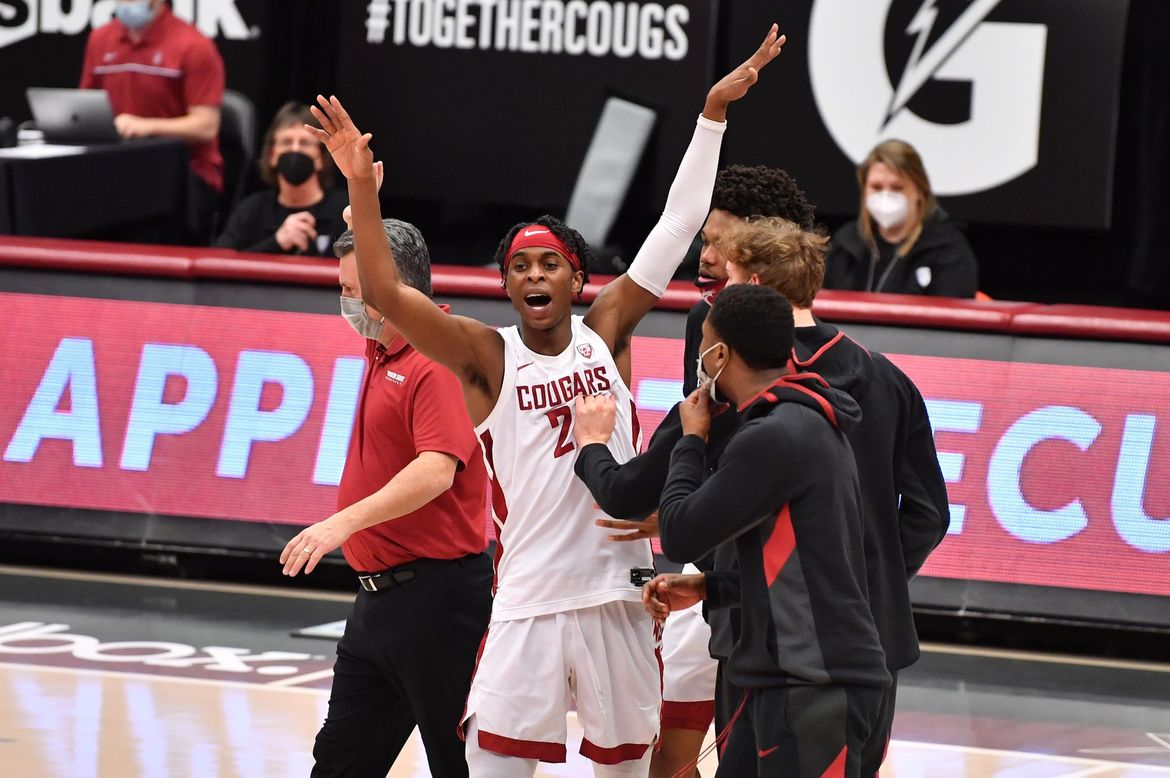 WSU: We joked about Noah Williams’ 72 points over the weekend not being enough for him to win the Pac-12 Player of the Week Award. Thankfully, they were. Theo Lawson has the story. … And yes, Theo has a story on the revised Washington State schedule. … Around the Pac-12 and college basketball, a recent ruling from the NCAA selection committee not only helps Stanford, it helps the conference. … USC looked the part of the conference’s best team, especially while breaking out to a 15-0 lead over visiting Oregon. The Ducks’ five-game winning streak is over. … The game changes will give Washington a busy week ahead. Just what the Huskies didn’t need. … Oregon State will be adjusting as well. … Arizona State has the most games to make up, including one with Colorado. … Maybe UCLA and Oregon will actually get to play. … Arizona may just finish a full schedule. … In football news, Elijah Molden was always going to play his senior season for Washington. … Oregon State filled a hole on its coaching staff. … Former Oregon quarterback Tyler Shough is headed to Texas Tech.

Mariners: Yes, there are thoughts about Kevin Mather’s “resignation.” (If you believe Mather resigned, I have a baseball card to sell you. It is of me in an Oakland A’s uniform. From an A’s Fantasy Camp. All I want is $1.3 million for it. It’s totally worth it. I swear.) Just about everyone who is anyone in the Seattle-area media weighed in again. The main thrust? The M’s have to rebuild trust. … In another incident that caused a franchise black eye, the Mariners and Lorena Martin have resolved her wrongful termination case.

Sounders: Jordan Morris’ injury will cause him to miss all that 2021 has to offer. How does his injury impact the national team, the Sounders and, most importantly, him?

Seahawks: K.J. Wright is a free agent. And he won’t be giving out any discounts. … Chris Carson is among a large group of free agent running backs available. How are the Hawks looking at free agency? … The S-R report Mike Iupati is retiring was acknowledged and confirmed yesterday.

• It’s amazing how 24 hours of well-above freezing temperatures can change the Spokane landscape. Not only is most of the snow gone on the roads – the snowplow-built piles are still around of course – but it’s also melted off the grass except in the extremely shady spots. The angle of the sun also gives the whole area a different look. The world seems, not to project too much, happy. Until later …