• USF has caused GU problems in recent years, though most of the issues have occurred in San Francisco. But the undefeated Bulldogs went into Saturday night’s home game down one of their best defensive guards (Aaron Cook, missing due to an injury) and facing a Dons team with confidence in what they do. 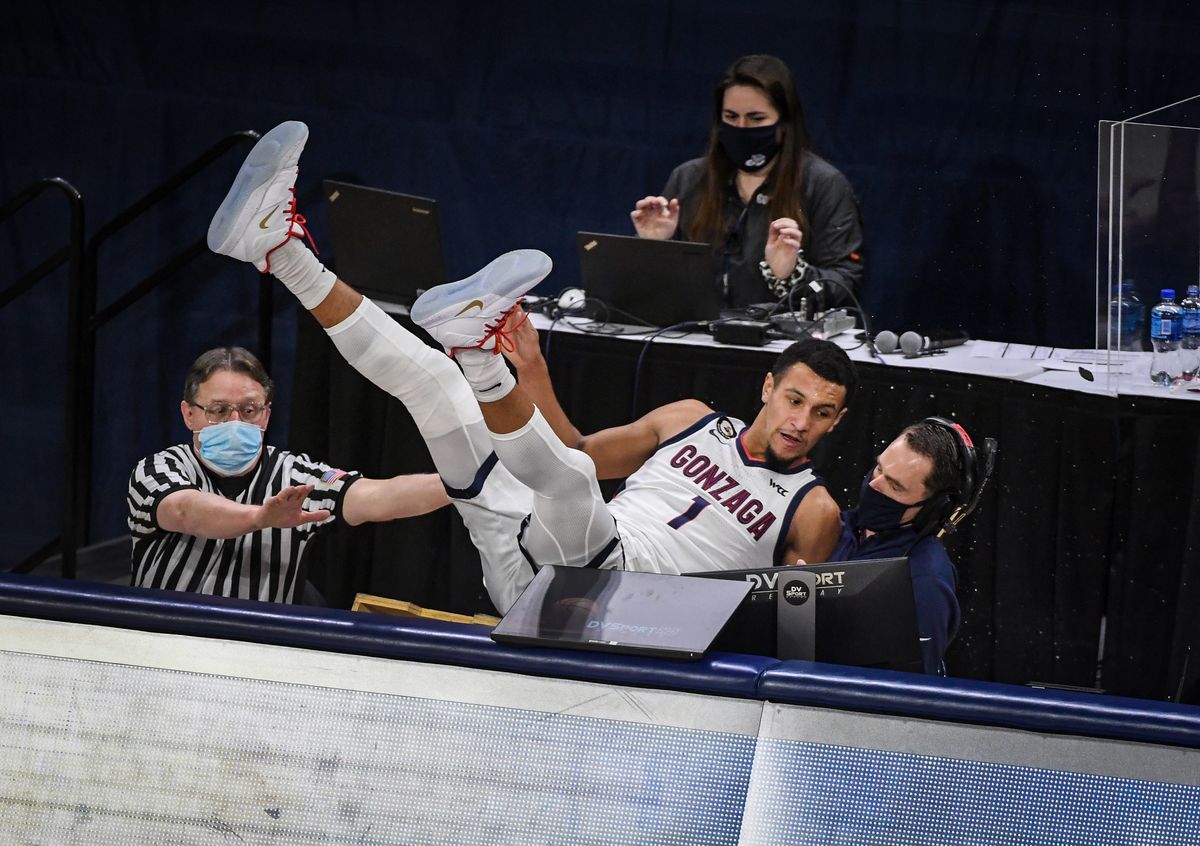 That confidence faded quickly. A 7-0 late first-half run – capped by Corey Kispert’s near-halfcourt buzzer beater – and an improved GU defensive effort to open the second ripped the Dons’ heart out. The Zags rolled 85-62.

It was a lot easier than expected. Or just as easy as ESPN’s personalities thought it would be. (Check out our TV Take for more on that.)

• The Gonzaga game was the only West Coast Conference contest played Saturday night. One out of five. Not good. John Blanchette delved into that in his column, revealing the conference’s athletic directors will be getting together (virtually) to talk about all the issues Tuesday.

The start-and-stop-and-start-again nature of this season is just another challenge. And another reason if the Bulldogs roll through undefeated they will have done something extra special.

• The Oregon Ducks entered the Fiesta Bowl with the mantle of “Pac-12 Champion” draped on their shoulders. Sort of like Richard III, the reign is a little a suspect. And, also like the Richard of historic lore, the Ducks’ ugly flaws showed a bit too much.

Yes, the 34-17 beatdown wasn’t pretty. And it added another black mark to an already dark season for the conference. It also added a glimmer of hope for those Pac-12 fans who aren’t enamored with Oregon as the conference’s marquee franchise status.

• Speaking of hope, did you watch any of Washington State’s 86-82 double-overtime home loss to Arizona that capped the night?

If you did, sorry. The Cougars’ bricked free throws probably gave you a bad case of indigestion. But the way their three starting freshmen played was enlightening.

WSU was hit with some COVID-19 issues yesterday, so Kyle Smith had to scramble against the Wildcats. He started a front line of three freshmen: Dishon Jackson, Efe Abogidi and Andrej Jakimovski. Though they committed the typical freshmen mistakes – Jackson and Abogidi eventually fouled out – they also did enough impressive things to make it clear the Cougars are on to something.

The next few months should be interesting as heck for WSU fans. And they may be only the beginning. 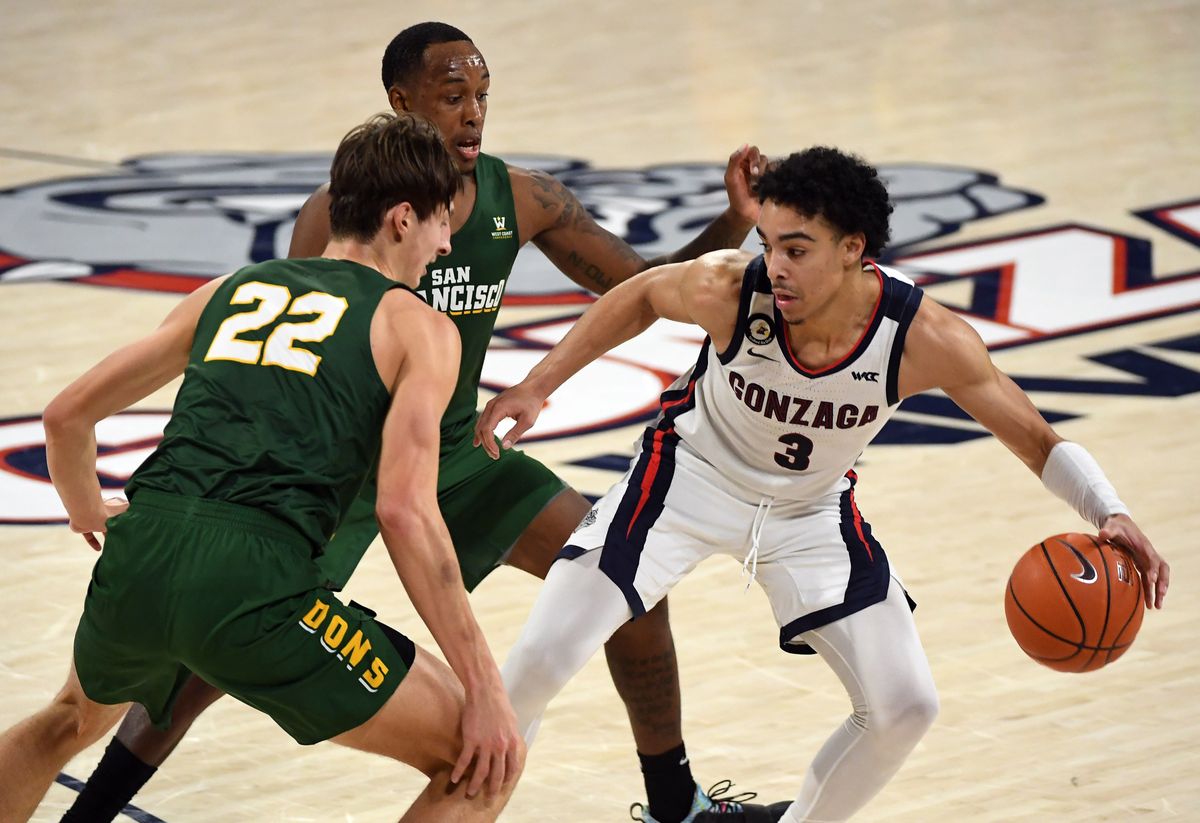 Gonzaga: Jim Meehan documents the Zags’ WCC opener as only he does, with his game analysis and the difference makers. … We mentioned John’s column above, but it’s worth mentioning again. … Yes, we watched last night and put together a TV Take. The praise is getting pretty thick. … We also observed the recap with highlights being put together. … Colin Mulvany has a photo report for you as well. … Before the men played, the women returned to McCarthey and blew out Saint Mary’s. Jim Allen has the game story and Colin has another photo gallery. My wife was bummed out to see a cardboard cutout in her seat. … Elsewhere in the WCC, former BYU coach Dave Rose has been hospitalized after suffering a stroke. 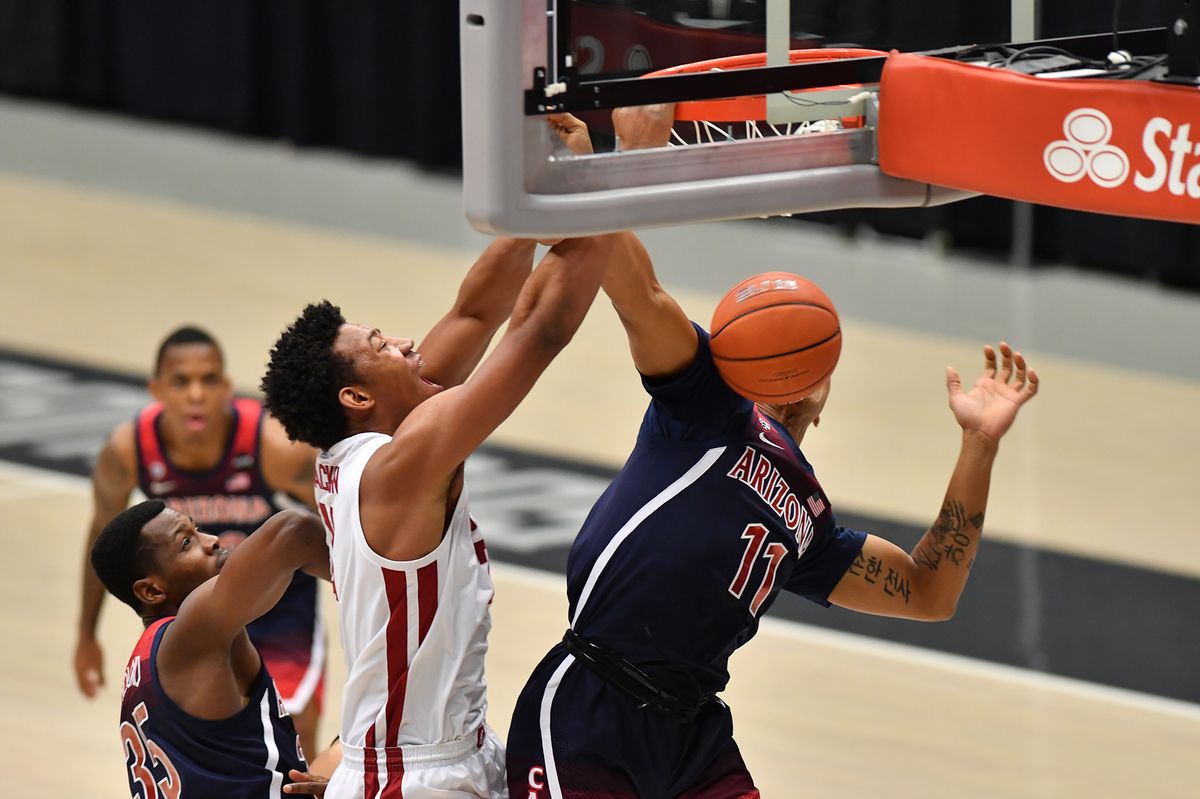 WSU: The tough-to-swallow loss came down, as many basketball games do, to missed free throws. The Cougars barely topped the break-even mark. Theo Lawson has that and more in this game story. … River Cracraft has spent years trying to earn his big NFL chance. He’s beginning to get it with the 49ers, who play the Seahawks today. Ryan Collingwood looks at the local players helping San Francisco. … Around the Pac-12 and college football, not only did the Ducks play poorly, Iowa State did what it does, which is play solid, efficient football. … Oregon has a lot of work to do before next season as this year’s Fiesta Bowl outcome shows. The Ducks’ quarterback rotation was a mess. As was, according to John Canzano, the entire performance. … USC, which lost a wide receiver to the NFL draft, has really helped itself on the recruiting front, picking up the nation’s top defensive lineman. … Arizona is delving into its history after fans expressed their disappointment with the hire of Jedd Fisch as coach. … In basketball news, UCLA found out it had lost its senior leader, Chris Smith, to an ACL injury then went out and topped Colorado at Pauley Pavilion with a late run. … USC bounced back by running Utah out of the Galen Center. … The Utes are recruiting for all over. … Oregon may be the conference’s best team. At least the Ducks looked that way in rolling over Stanford. … Oregon State is trying to prove it’s not the worst, rallying to get past California, which now holds that distinction. 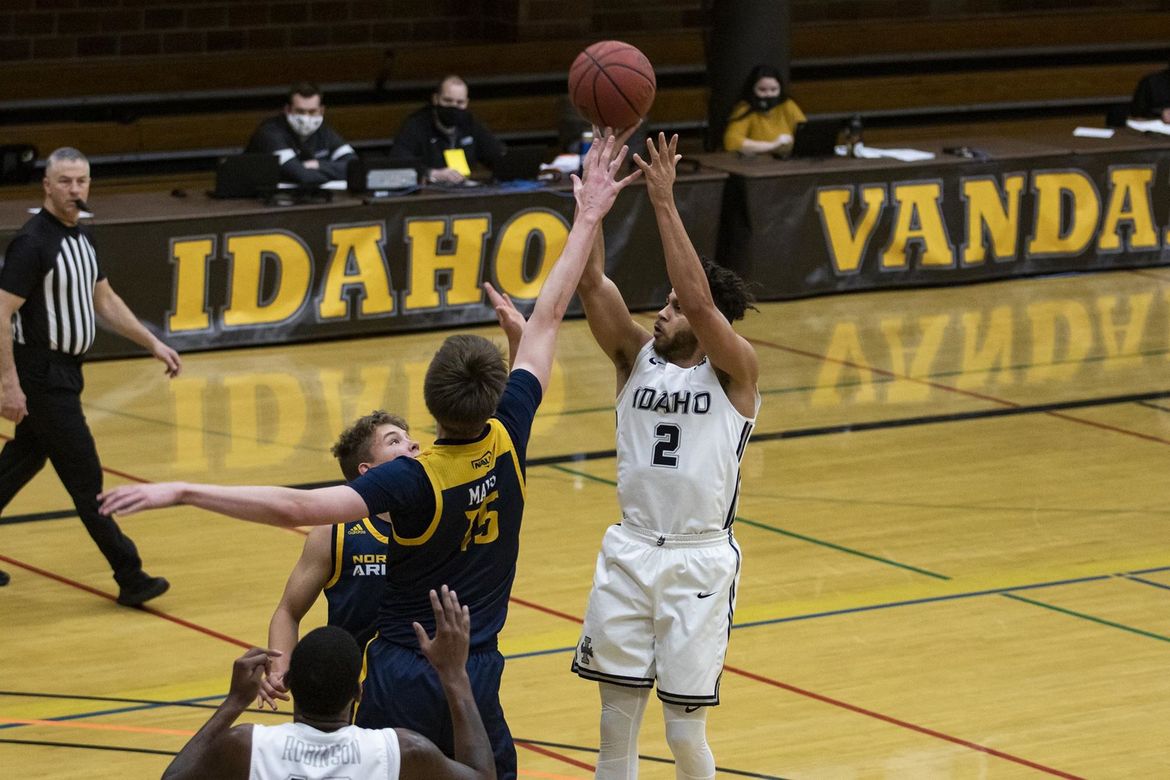 Idaho: The Vandals couldn’t get the stops it needed in another loss, this one to Northern Arizona in Moscow. Peter Harriman was there and has this game story. … The UI women picked up a win in Flagstaff. … Around the Big Sky, Montana is 0-3 in conference play after another late loss to Northern Colorado. … Weber State picked up a fill-in, nonconference win.

Seahawks: The chances the Hawks earn a first-round playoff bye are remote, even if they win. But that doesn’t mean today’s game against San Francisco, in Arizona, means nothing. … The defense needs to keep playing at a high level as it has recently. … For the first time this season, Seattle is missing players due to the coronavirus protocols. … DK Metcalf will probably break Steve Largent’s club receiving record today. But the NFL mark is out of reach. … Chris Carson is playing for his future.

• I must admit I overslept today. Thank goodness my cat alarm clock worked. I woke up staring into Stella’s face as she seemed to be saying “Vince” over and over. I now firmly believe my mother has been reincarnated as a cat. Until later …