A GRIP ON SPORTS • The future is not now for the Mariners. But, behind the plate at least, it’s getting closer. And should be in Seattle soon.

• If any of you wonder who will be the Mariners next long-term catcher, wonder no more. Cal Raleigh is the guy. It’s obvious.

The Rainiers’ catcher has been hitting the heck out of the ball in Tacoma, driving it into places rarely seen and making solid contact often enough to have a current 20-game hitting streak. He’s hitting .354, with an OPS of 1.056. And he’s a switch hitter, which means his backup can hit from either side of the plate and still give the M’s balance at the position.

Sure, his work behind the plate needs refining – almost every catcher in Triple-A does – but he’s been working on it and he is a lot better than just a year or two ago. Besides, defensive ability isn’t a huge priority at the position anymore, what with the death of the running game. Keep the ball in front, be reasonably able to frame pitches and hit. That’s the job description these days.

And there is one more reason he belongs in the bigs, one illustrated last night in Tacoma. He stands up for his pitchers. If you don’t think that’s a big deal, you really don’t know the interpersonal dynamics of the game.

What did the 6-foot-3, 220-pound Raleigh do last night? Watch this video. The pitch was a strike. That’s obvious even without a computer-generated box or a robot umpire. But Lew Williams, the guy making the final determination, didn’t think so. And he has the last say.

But we’re guessing he knew he blew the call. Why else would he have such a quick trigger? Raleigh stood up and threw the ball back to the mound, making his disgust with the call obvious but not overtly so. There is a 99.9 percent chance he said something untoward, but he did it in the time-honored baseball tradition of not turning toward the umpire, which means no one but Raleigh and Williams (and, possibly, the hitter) knew there was anything being said. By doing it that way, the two can disagree and the game can go on.

Nope. Williams just tossed him, violating the unwritten rule of catcher/umpire confidentiality, built through more than a century of trial and error.

Which makes us wonder if Raleigh was more ticked about that or the missed call as he turned and got into Williams’ face. As someone who had multiple “discussions” with umpires over a more than 30-year baseball/fastpitch catching career, at no time do I remember being tossed if I didn’t turn my head – no matter what I said.

What does Raleigh’s ejection in the ninth inning of a blowout win tell the Rainiers’ pitchers? That he has their backs no matter what. That he is willing to stand up for them until the final pitch of the final at-bat in the final game. It builds trust. Camaraderie. Confidence. And, most importantly, a winning culture.

That’s needed in Seattle. Not just soon but now.

• Eastern Washington University’s Board of Trustees voted yesterday to keep the athletic status quo. Up to a point.

The Eagles will stay in Division I. They will stay in the Big Sky Conference. They will continue to play FCS football. But they will have to figure out a better way to pay for it.

That’s the million-dollar (or more) question, isn’t it? Has been ever since Eastern left the NAIA ranks and became a member of the NCAA. Over the decades, a viable and consistent answer has yet to be found. But one has to be discovered soon or the pressure to make cuts, to pare back, will continue to build among the faculty and student body.

Greg Mason was at the Trustees’ meeting and has this in-depth story. 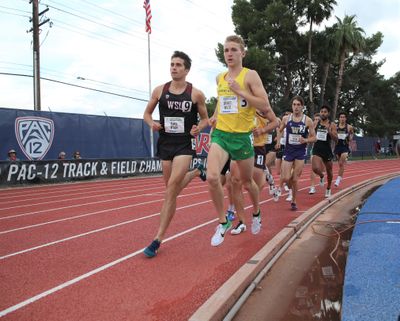 WSU: The Cougars’ Paul Ryan finished eighth in the 1500 meters on the last day of male competition at the NCAA Track and Field championships. … Elsewhere in the Pac-12 and college sports, if you have questions about the proposed playoff expansion, this Athletic story has a lot of answers. … The changes confound some. … Larry Scott is trying, and failing, to scrub his history as he leaves. … In baseball’s Super Regionals, Stanford routed Texas Tech in Lubbock and Arizona rallied from an early three-run deficit to win 9-3 over Mississippi. … Arizona State has hired Willie Bloomquist as its new coach, despite Bloomquist having never coached at any level before. … In football, former Colorado starting quarterback Sam Noyer is transferring to Oregon State, where he is expected to compete for the starting spot. … The Beavers will play a game in Portland in 2022. … Is this the year Utah wins the conference championship? … An Oregon defensive back can also rush the passer. … On the basketball side, recruiting is somewhat normal these days. … A Colorado player had to learn how to come off the bench. 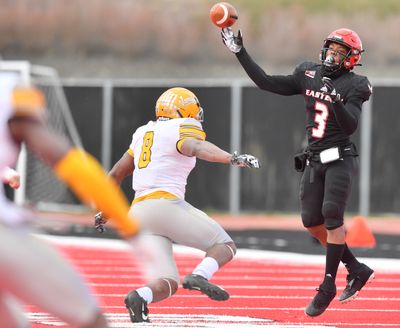 EWU: As we mentioned above, Eastern’s athletic future will not change. We also don’t change our usual pattern, linking Greg’s story here again as well. … Larry Weir delved into some Big Sky news in his latest Press Box podcast, which features a conversation with commissioner Tom Wistrcill. … Around the Big Sky, Joslyn Tinkle is the newest Montana women’s basketball assistant coach.

Preps: It’s not often a Greater Spokane League boys soccer player is named the state’s Gatorade Player of the Year. As in never. Until this week, when Lewis and Clark High’s Thomas Vlasak earned the honor. Dave Nichols has more in this story. … Dave also has a roundup from last night’s GSL basketball action. … Former Shadle Park High wrestler Terrance McKinney will make his UFC debut this afternoon in Arizona. Ryan Collingwood’s story delves into the circumstances that led to today’s chance.

Indians: Will Ethridge’s High-A debut wasn’t what he wanted, as he was knocked around a bit early by Vancouver and left later with an injury. But he was pretty good between those two points. Dave has more in the game story from the Indians’ 8-4 defeat. 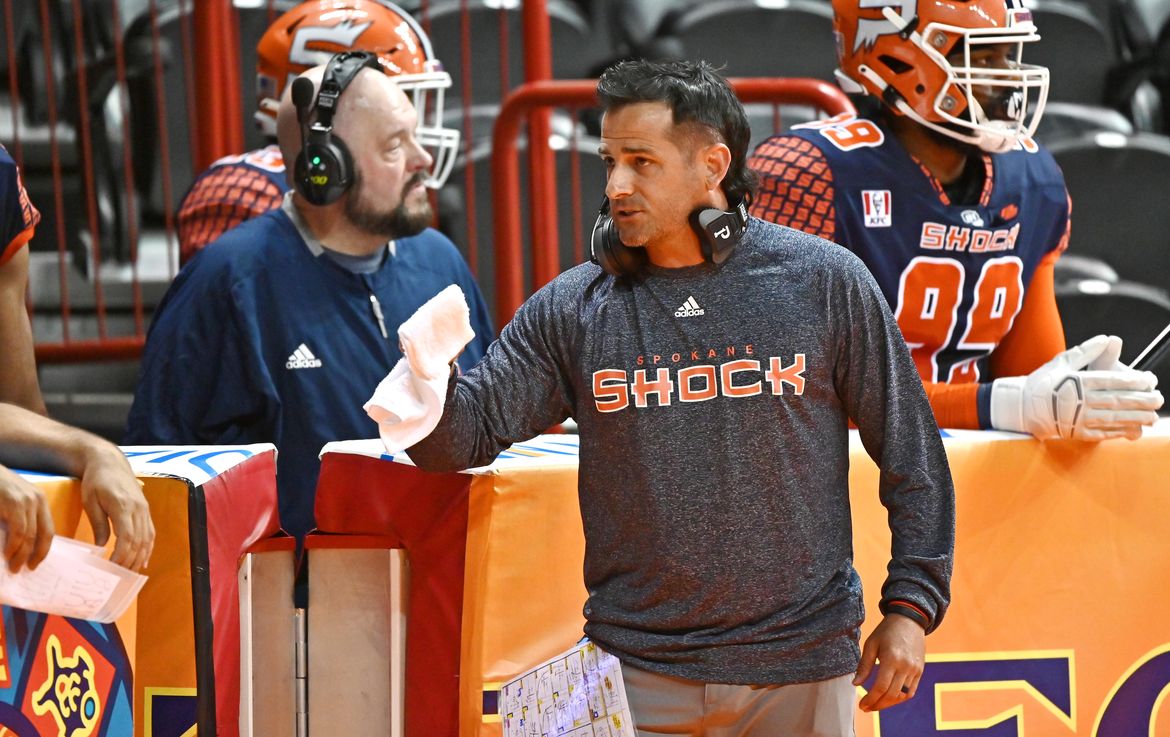 Shock: Tonight’s game in Sioux City, Iowa, will tell Spokane just how good it is. That’s the opinion of coach Billy Back, as related in this preview story from Ryan.

Mariners: The pitching wasn’t good yesterday, yielding seven runs in the series opener at Cleveland. But it wouldn’t have mattered. The M’s didn’t score. … Kyle Lewis had to have surgery on his knee. He’s out a while.

Seahawks: The Russell Wilson saga isn’t going away anytime soon, is it? … Richard Sherman would like to see sports help more with mental health issues.

Storm: Seattle won in Atlanta for the second time in just a couple days, winning 86-75 on Friday.

• Maybe Lew Williams, the plate umpire in Tacoma last night, just had enough. He had already tossed Rainier Eric Filia in the fifth inning. Manager Kristopher Negron was giving the heave-ho in the ninth. And Raleigh must have hit a nerve. But no matter what, the way he ejected the catcher had a Joe West vibe to it and no one with aspirations of umpiring in the big leagues wants that type of reputation. Until later …