A GRIP ON SPORTS • “How could the Pac-12 do that to (fill in your school’s name here)” seems to be the game of choice every year when the football schedule is released. That happened yesterday. You know who got the short end of the stick this year? Yep, once again whatever school is shown on the front of your well-worn sweatshirt. That’s it. That’s the list.

• Doesn’t matter if you are a fan of one of the conference’s blue bloods or a perennial also-ran. The Pac-12 office doesn’t want your team to win the title. That’s the only conclusion you are able to draw from the way they schedule your school’s game every year.

Look, we have to play back-to-back road games? Our bye is when? A Friday night? Couldn’t we skip them this year?

If you want, we can help. Forget about the schedule. Everyone in the Pac-12 plays nine conference games. The teams in the opposite division your squad misses are pre-determined. Home and road as well. Games are played. Sometimes the schedule is fair, sometimes it isn’t. No one is ever completely happy. At least it isn’t like the old days, when it was assumed someone in the USC athletic department put the darn thing together.

That has changed. At least now everyone knows it is done in Eugene.

• We didn’t get all the West Coast Conference men’s awards right yesterday, mainly because we didn’t try to name them all. But we also forgot the conference now names a newcomer of the year instead of a freshman (smart), so we missed an entire category. Still, no one is surprised the Zags dominated. 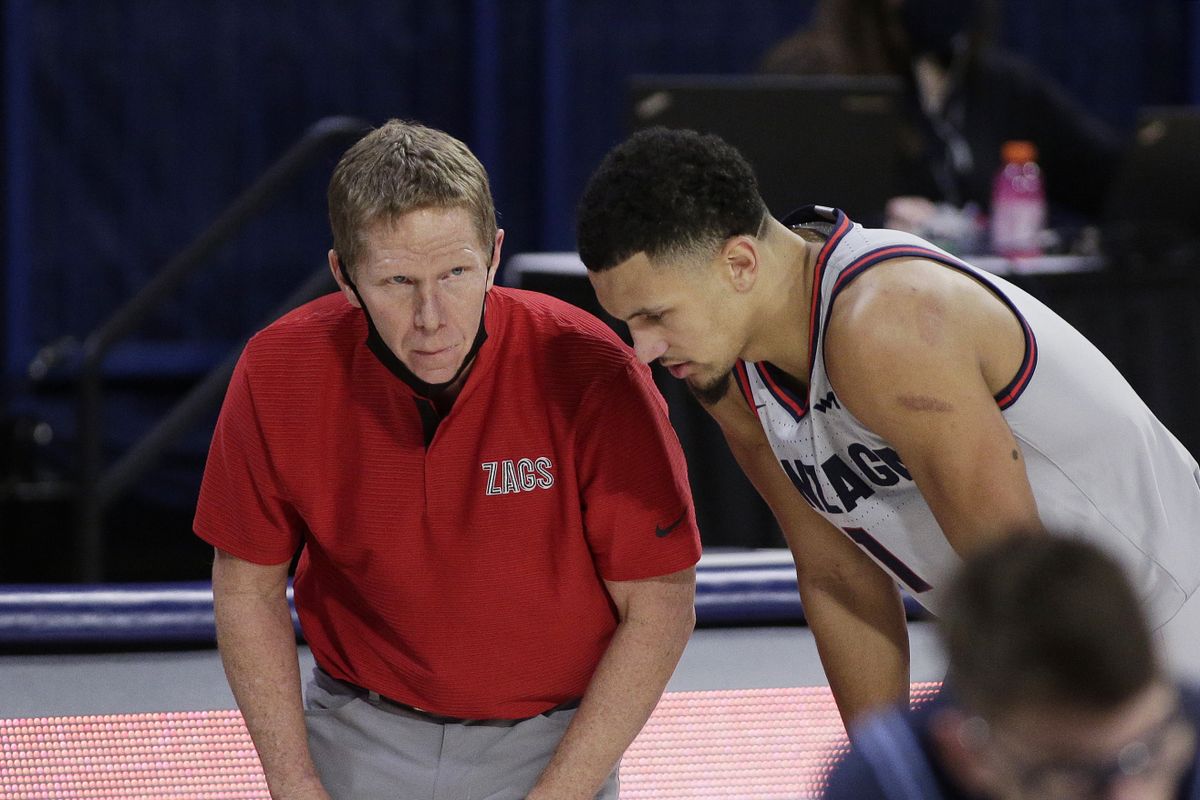 With Corey Kispert winning player of the year, that makes it three consecutive years a Gonzaga player has won it, following Filip Petrusev last season and Rui Hachimura the year before that.

Impressive. But it also pales in comparison to the early part of the century when a Zag won the award nine consecutive years (2001 through 2008). Sure, Derek Raivio shared the 2007 award with Santa Clara’s Sean Denison and Blake Steppe won back-to-back (2003 and 2004) but Gonzaga’s name was on the trophy for almost a decade.

Just six more seasons of dominance before that can be repeated. Who doesn’t think it can happen?

By the way, though there have been back-to-back winners before (not next year, though, as Kispert is a senior), only one player has won three consecutive awards. We will give you the name at the bottom of the column.

Gonzaga: Jim Meehan covers all the West Coast Conference news concerning the men’s awards. That’s taken care of in this story. … Jim Allen takes care of the awards on the women’s side. The one not-so-surprising news there? Gonzaga didn’t dominate as much as the men’s. Still, Jenn Wirth and Melody Kempton picked up major honors. … The Zag women are still part of this power ranking. … Elsewhere in the WCC, there are a couple of awards stories out there, especially from BYU. … The Cougars do not want to get the virus now. 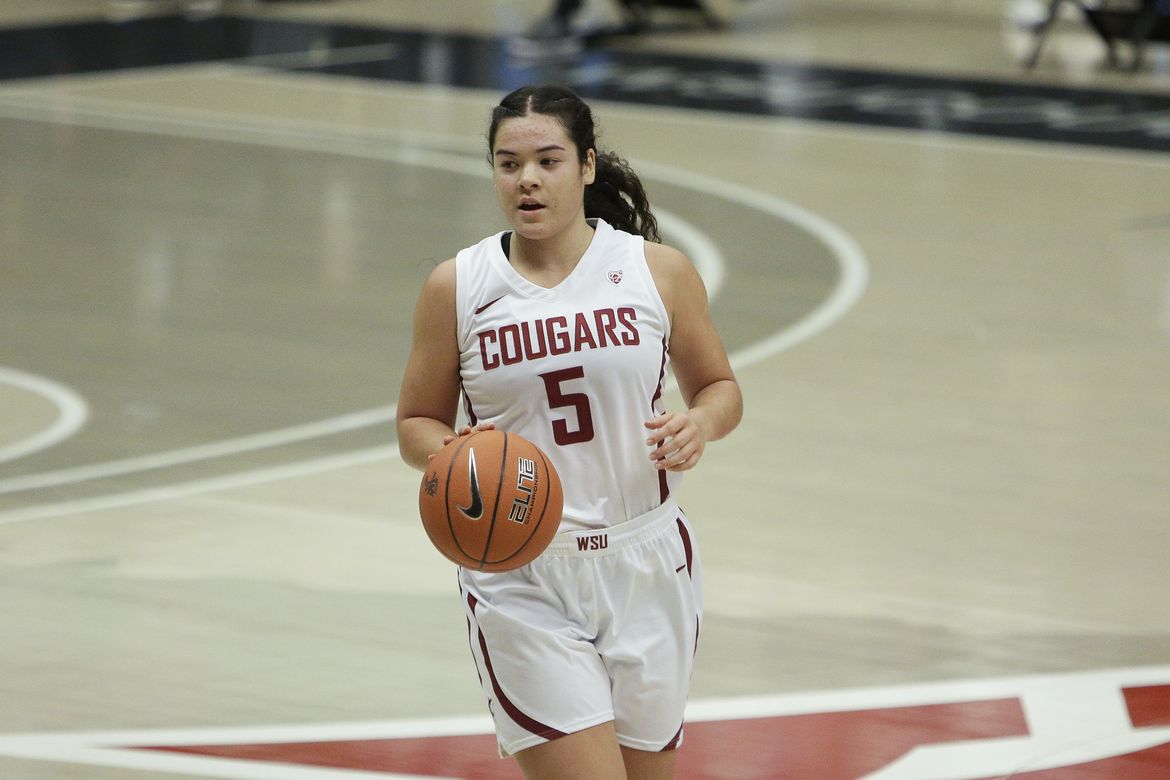 WSU: The Cougars’ football schedule is front-loaded with home games. In fact, 75 percent of the first eight games will be played in Pullman. That means only one of the final four will be, though. Theo Lawson has more in this story. … The Pac-12 announced its women’s basketball awards yesterday and, as expected, Charlisse Leger-Walker was the conference’s freshman of the year. Theo looks at that as well as the Cougars’ first-round matchup with Utah in the upcoming tournament. The Utes have been hard hit with COVID-19 and almost didn’t make the trip. … Around the Pac-12 and college basketball, Oregon and UCLA are actually expected to play tonight in Eugene. Cross your fingers. … The Bruins have played a lot of road games recently. … Oregon State is playing better right now. … Despite an injury, so is Utah. … What is Arizona going to do with Sean Miller now that the Wildcats’ season is over? … The season is winding down for Colorado. … USC needs to get its act together. … In football news, the fall schedules are all the rage throughout the conference. We pass along stories from Arizona and Arizona State, multiple ones from USC and the UCLA Bruins and quick ones from Colorado and the Utah Utes. In the North, there is coverage of California and Stanford as well as lots from Oregon State and the Oregon Ducks. And, yes, we have more than one look at Washington’s schedule. … A key Colorado player is well into his rehab. 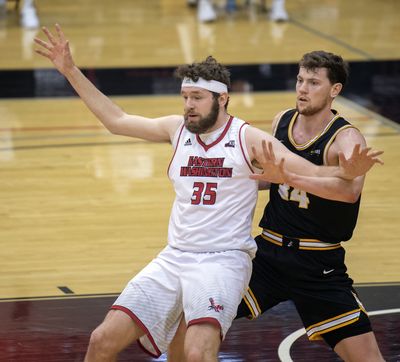 EWU: Another Big Sky regular-season title is on the line this weekend when the Eagles host Idaho State. Ryan Collingwood looks at the final series as well as the standings, which shows Eastern (11-2) on top but Weber State (11-3) and Southern Utah (10-2) still in contention. … Larry Weir spoke with a FCS expert yesterday for the latest Press Box podcast. … Elsewhere in the Big Sky, Montana and Portland State are sitting out the spring. Except they will play. Odd. … Weber State, which defeated Idaho State last week but doesn’t play Saturday due to coronavirus issues at Cal Poly, is ranked second in the nation.

Idaho: The Vandals won their first game of the season last Friday. Peter Harriman looks at that win and concludes UI is on an upward trajectory.

Preps: Dave Nichols has a roundup of the high school competitions Tuesday.

Mariners: Baseball is putting off the start of the Triple-A season. That is not good for some of the younger players. … What if the M’s had spent James Paxton’s money on other players? … This former general manager gives Seattle a C for the offseason. Kevin Mather’s blabber mouth played into that. … Finally, spring training is the right time to write an ode to the team.

Seahawks: Could there be more thoughts available about Russell Wilson’s future? Sure there is, including from New Orleans.

Sounders: It should be an interesting season no matter what.