A GRIP ON SPORTS • Some Saturdays there is nothing to write about. Others are like today. Two subjects, both crucial. What’s a columnist supposed to do?

• Write about both, of course.

We start in Los Angeles, where the Pac-12 held its football media day. And where the L.A. Times published a story of betrayal, something we will get to in a minute. 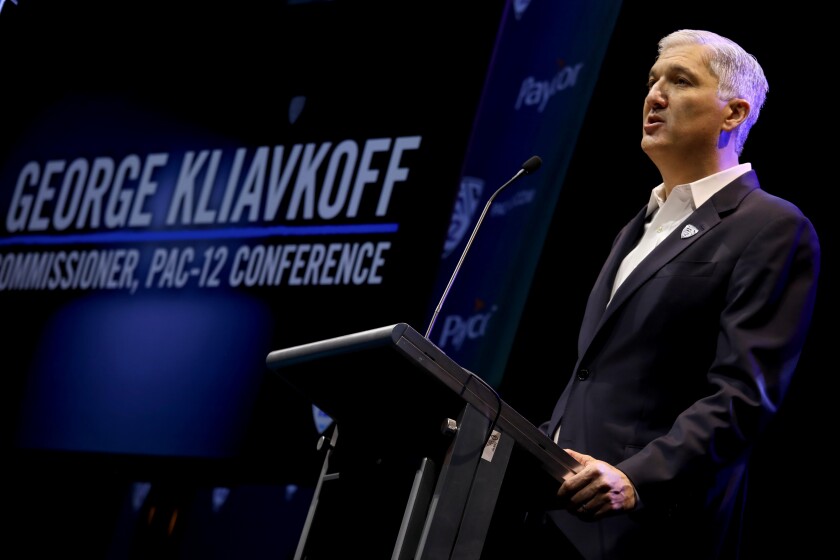 Before that, however, we want to grade Pac-12 commissioner George Kliavkoff’s performance. And that’s the right word to describe his appearance to kick off the conference’s day in the spotlight.

The Pac-12 needed something more than a performance. More than a pithy soundbite about shopping. It needed substance. Not financially. That’s still up in the air, though the first landing should be soon. It needed a splash, something that told everyone in college athletics the conference was not going meekly into the good night.

It didn’t get it. A little rage, sure. But nothing of substance. Maybe it was impossible. Not doable in the timeframe confronting Kliavkoff. Asking for the stars.

But was he even able to deliver the moon?

Are hints the moon? Hints about expansion. Football games in Los Angeles. Digital companies involved in the next media deal. UCLA possibly having cold feet. Sounds promising, right? And also sounds a bit like what, ahem, Larry Scott might have said.

Sorry, but that’s what we heard when Kliavkoff talked Friday morning. The delivery was different, feistier, less holier-than-thou. But the substance? It seemed similar. Then again, maybe Kliavkoff knew what was coming this morning. An L.A. Times story that makes it clear USC president Carol Folt threw a dagger into any expansion plans last year when the Big 12 was staggering. Could it be possible USC, wracked by lawsuits and in need of the financial windfall joining the Big Ten would bring, was already in talks to change conferences?

There has been some reporting that puts the early stages of the Trojans’ Midwestern dance in that timeframe. Pac-12 expansion might have made UCLA hesitant about leaving. And the Big Ten wasn’t about to take just half of the L.A. market. That wouldn’t bring enough value. Expansion might have wrecked USC’s exit strategy.

Funny thing about Kliavkoff’s comments yesterday. He had no trouble talking about the Bruins and their outside issues with the change. But when asked about USC, he told the assembled reporters, “I’m not going to talk about that. We’re going to take the high road and not talk about what happened in the past.”

Maybe Kliavkoff believes UCLA can be persuaded to stay, especially after a $67 million infusion to its athletic budget thanks to a settlement with UnderArmour.

The Trojans, however, are gone. And there seems to be a sense of “good riddance.” If they really did sabotage the conference a year ago, that’s just good sense.

• If all we gave you on a Saturday morning was Pac-12 media day thoughts, that would be enough, right? But we have more. 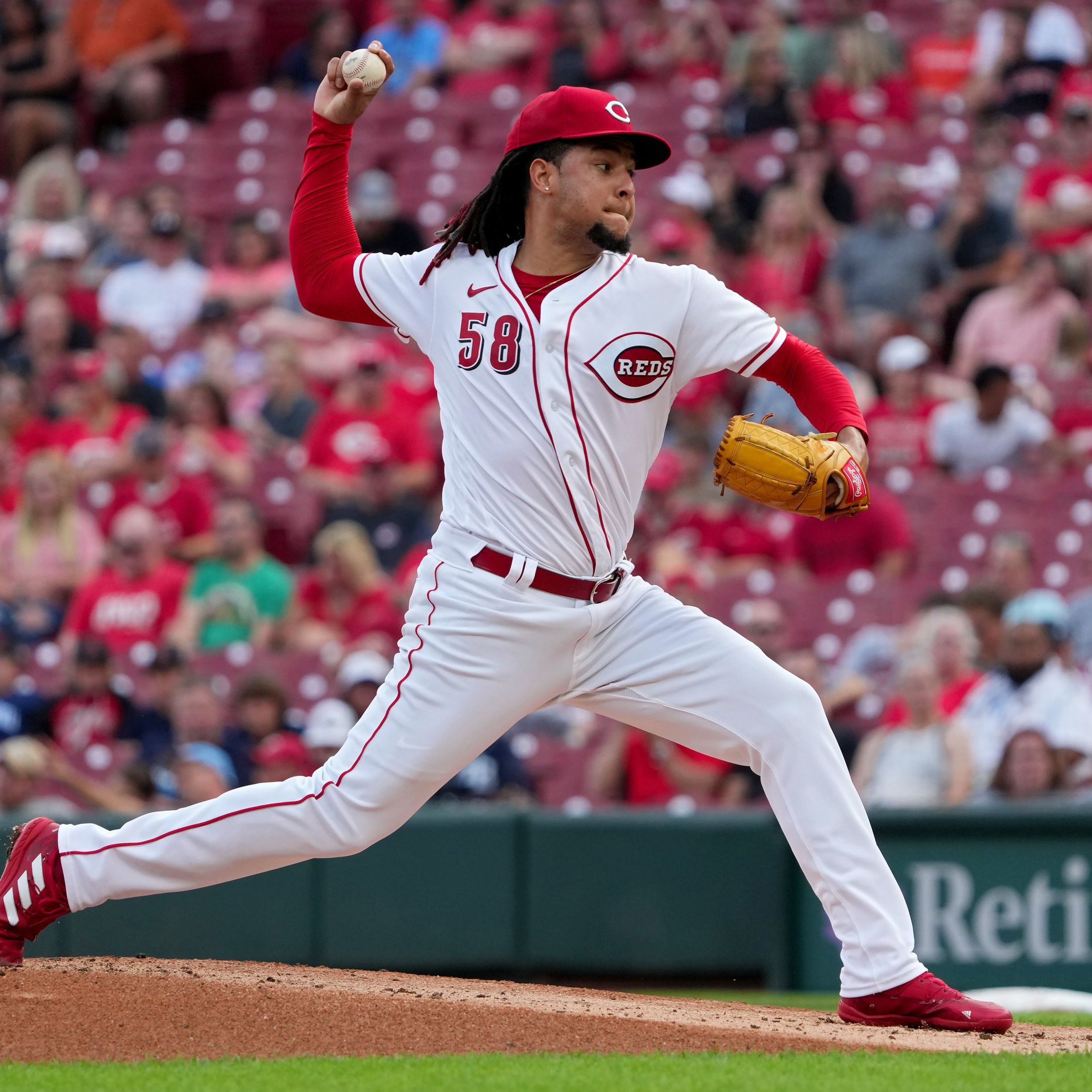 The Mariners actually made a we’re-going-for-it trade Friday evening.

Jerry Dipoto sent a quartet of the M’s best minor league prospects to the Cincinnati Reds and got back one of the National League’s best starting pitchers. It was a win-now-the-future-be-damned deal. And we’re all for it.

Even when Noelvi Marte and Edwin Arroyo become all-stars. Or if Andrew Moore and Levi Stoudt win Cy Youngs.

Yes, the lineup isn’t exceptional, even if Mitch Haniger returns, stays healthy and hits like he can. But it’s good enough to get the Mariners into the postseason.

What acquiring Luis Castillo does is give Seattle a chance to actually advance in the playoffs. He’s a borderline ace. So is, despite his recent troubles, Robbie Ray. And Logan Gilbert. Three starting pitchers who can match up with the best baseball has to offer.

Three is all you must have. A fourth, from George Kirby, Marco Gonzales and Chris Flexen, isn’t bad if needed. The other two in the bullpen strengthens that group.

Would another bat help? Yes. If Dipoto wants one of the lesser lights available at next week’s deadline – enticing the Nationals to give up Juan Soto was going to be tough even with Marte and Arroyo – he still has enough chips to throw in the pot.

But Castillo is a game-changer, not just on the mound but in the clubhouse’s attitude. The M’s didn’t wait. Didn’t react to other deals. They started baseball’s game of musical chairs. Made everyone in the American League wild-card race react to them. That’s uplifting for the current players. They see a commitment. An actual desire to win.

It’s a shot in the arm caused by taking a shot at an arm. 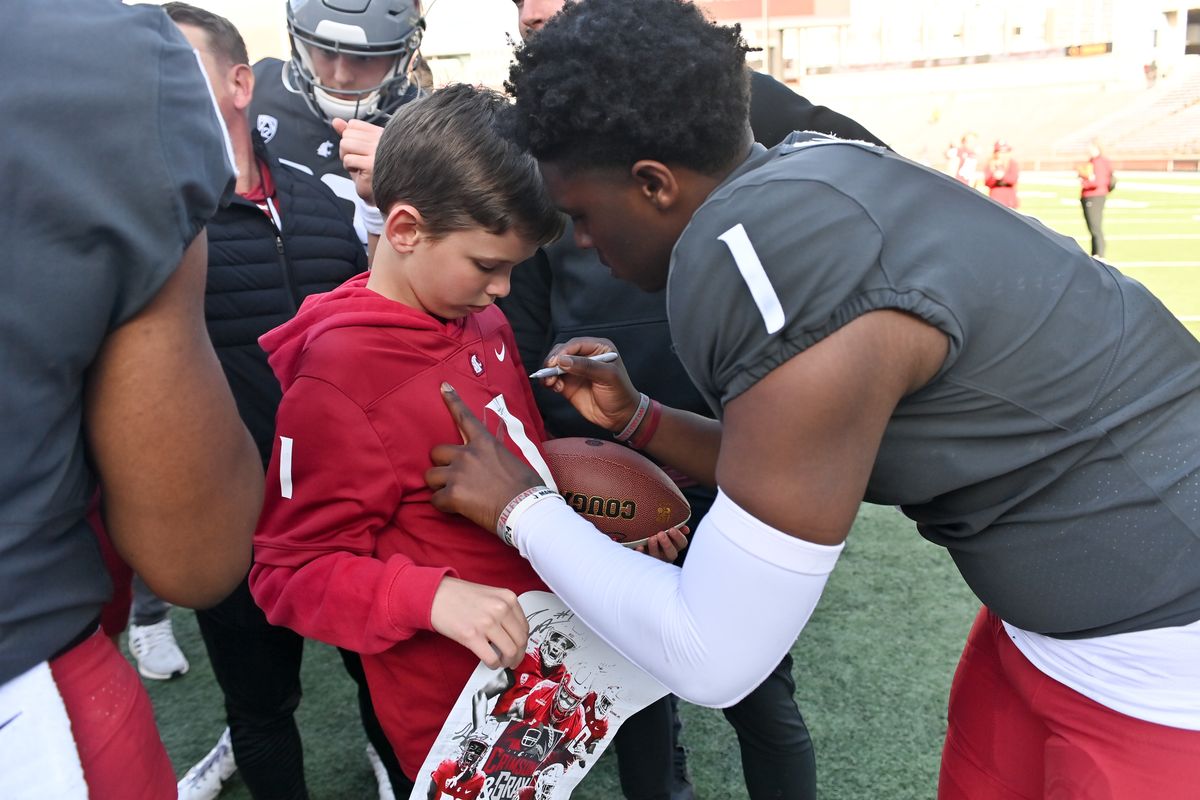 WSU: There are a boatload of stories about the media day from a macro-perspective, some of which we linked above. The micro-perspective concerning Washington State? Colton Clark supplies that. He has the Cougars’ views about the upcoming season – spoiler alert: they are optimistic. … He also covers the macro view as well, which we also linked above. … Elsewhere in the Pac-12 and college football, before we get to the stories that cover every school in the conference, we want to pass along this warning from Jon Wilner in the Mercury News. It’s going to be a while before realignment talk dies down this time around. … Oh, and this Athletic piece about any playoff possibilities. … OK, on to the schools. Yes, we have Washington coverage, from the Seattle Times and from the Athletic. … Stories are available concerning Oregon, one of the contenders, and Oregon State, also one of the outside contenders. … California and Stanford aren’t missed either. … Utah is the real favorite and the Utes have enough weapons to possibly do more than just win the conference for the second consecutive year. … Colorado is at the bottom of the projections, though the Buffs don’t think so. … Arizona State and Arizona have less and more to offer than last season. … UCLA and USC? Why bother? It is probably hard to tell we’re not enamored by their move, isn’t it? 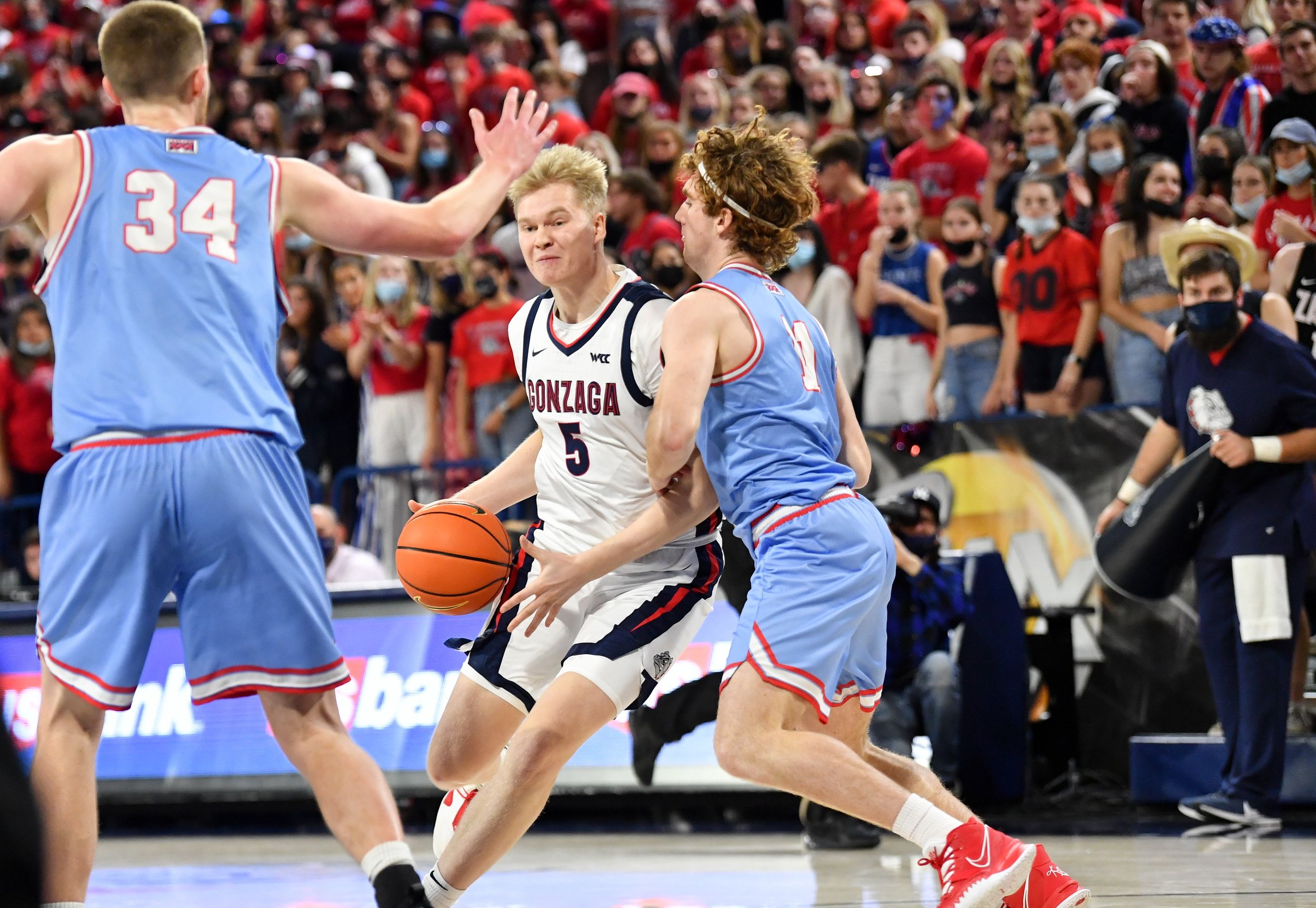 Gonzaga: Martynas Arlauskas never found stardom in his three years at GU. But he found friendship and camaraderie. Now he’s headed back to Europe to explore professional opportunities. Theo Lawson has the story. … Geno Crandall is headed to Europe as well. The ex-Gonzaga guard has signed with a German club. Jim Meehan has that story.

Mariners: With the M’s en route to being blown out 11-1 by the Astros – during a Ray start no less – Dipoto changed the narrative with the Castillo trade. Still, Seattle has lost its last five games with Houston. … Before the trade, there was this Athletic story on the possibilities of one. Afterward, this story on if it was too much to give up.

Seahawks: Signing DK Metcalf is the good news, even after he said he always wanted to stay in Seattle and hinted he may have taken less. The bad news? Jamal Adams has a broken finger and will miss a lot, if not all, of training camp.

Sounders: Another match in July. Another loss. It’s been a bad month. Seattle needs to improve in the midfield and that doesn’t look possible.

Storm: Gabby Williams could be a key player in the postseason. Now is the time to get her ready.

• A busy morning, especially considering there is no print edition of the S-R delivered to folks’ homes on Saturdays anymore. But the future is digital (so we’ve been told) which means we react digitally. Heck, we react digitally every day. Even Sundays. See you tomorrow …