• Let’s be honest with each other. Both the next two statements are true. The Seahawks’ win over Denver on Monday night was fun to watch. Cathartic even. But the Hawks still aren’t going to be very good. And the win might have resulted in them being worse than expected. 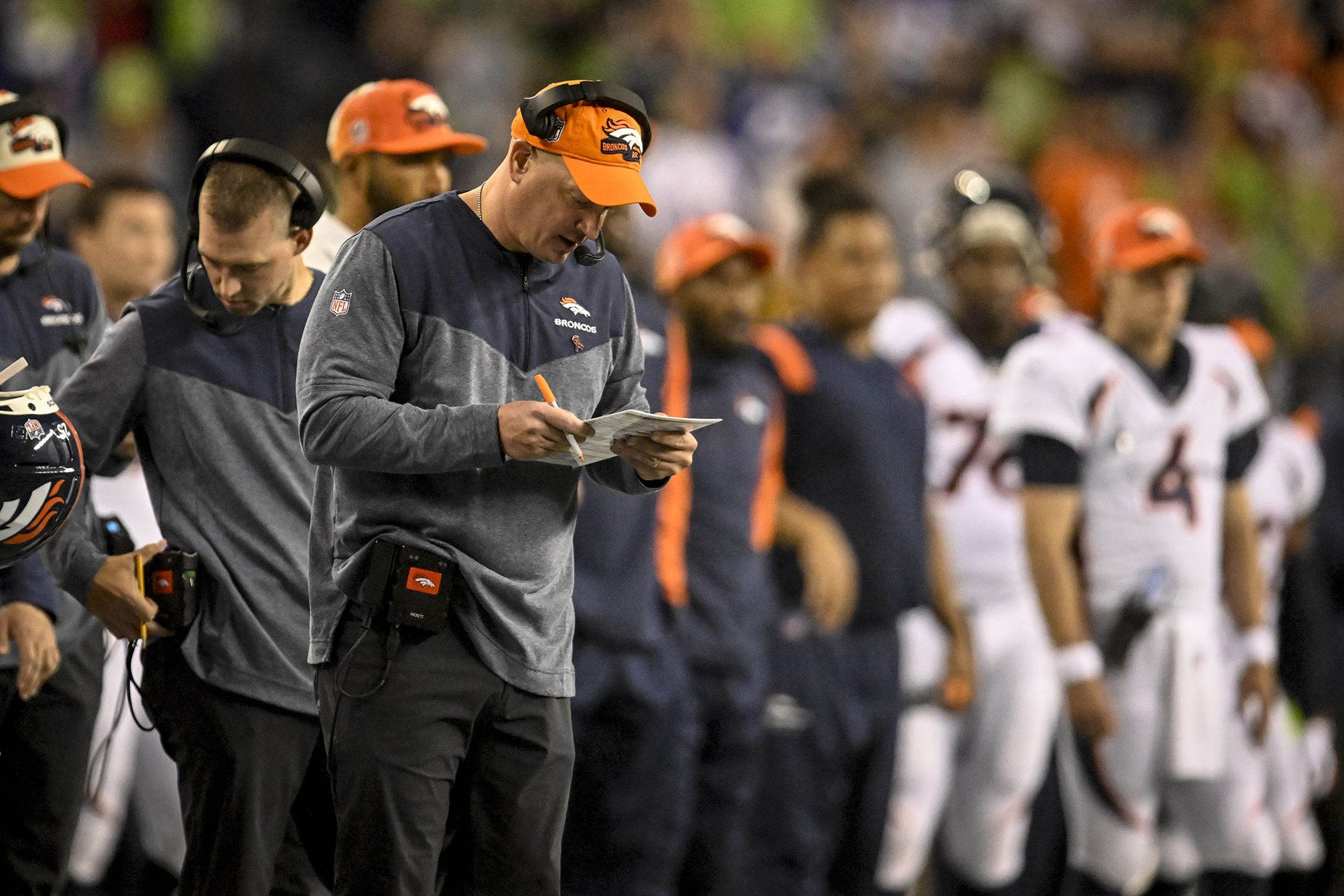 Does that bother you? Too bad. It’s just the way it is.

The offense still has issues. The offensive line will improve as the season wears on (if it stays healthy – more on that in a moment) and Geno Smith will not destroy the team’s chances to win by throwing a few ill-advised picks. The receivers are competent. Kenneth Walker III should help the running game if he gets healthy. But for some reason the Hawks aren’t flashy or explosive. OK, we know the reason. The head coach doesn’t really want it to be. Solid is his favorite adjective when describing an offense. And solid doesn’t move the excitement meter. Don’t expect the offense to lead to six or seven wins.

The defense is going to be the real issue, however. The linebackers are not only suspect, there is no depth. Jordyn Brooks had a statistically impressive season last year but Bobby Wagner was playing next to him. Offenses knew that and planned accordingly. This season it is, for the time being, Cody Barton besides Brooks. Offenses know that and will plan accordingly. Don’t expect Brooks to be the tackling machine he was last season. And if anyone gets hurt? Watch out.

The secondary, despite the infusion of young talent, was always going to be suspect. And that was before Jamal Adams nearly sacked Russell Wilson the other night and, in the process, tore up his knee. Surgery is Adams’ next step and once again the key piece to the defensive strategy, one that cost two first-round draft picks, will watch multiple games while recovering from an injury.

Every team in the NFL suffers injuries. Heck, John Feinstein bought a summer cottage on the sales of “Next Man Up,” his book about it. But the difference between the Hawks and contenders is their next man is, you know, actually talented.

With Adams in the lineup, the Hawks were probably just passable. Without him, they won’t be.

The one win was great. Worth celebrating. But don’t think it is a harbinger of a Super Bowl run. 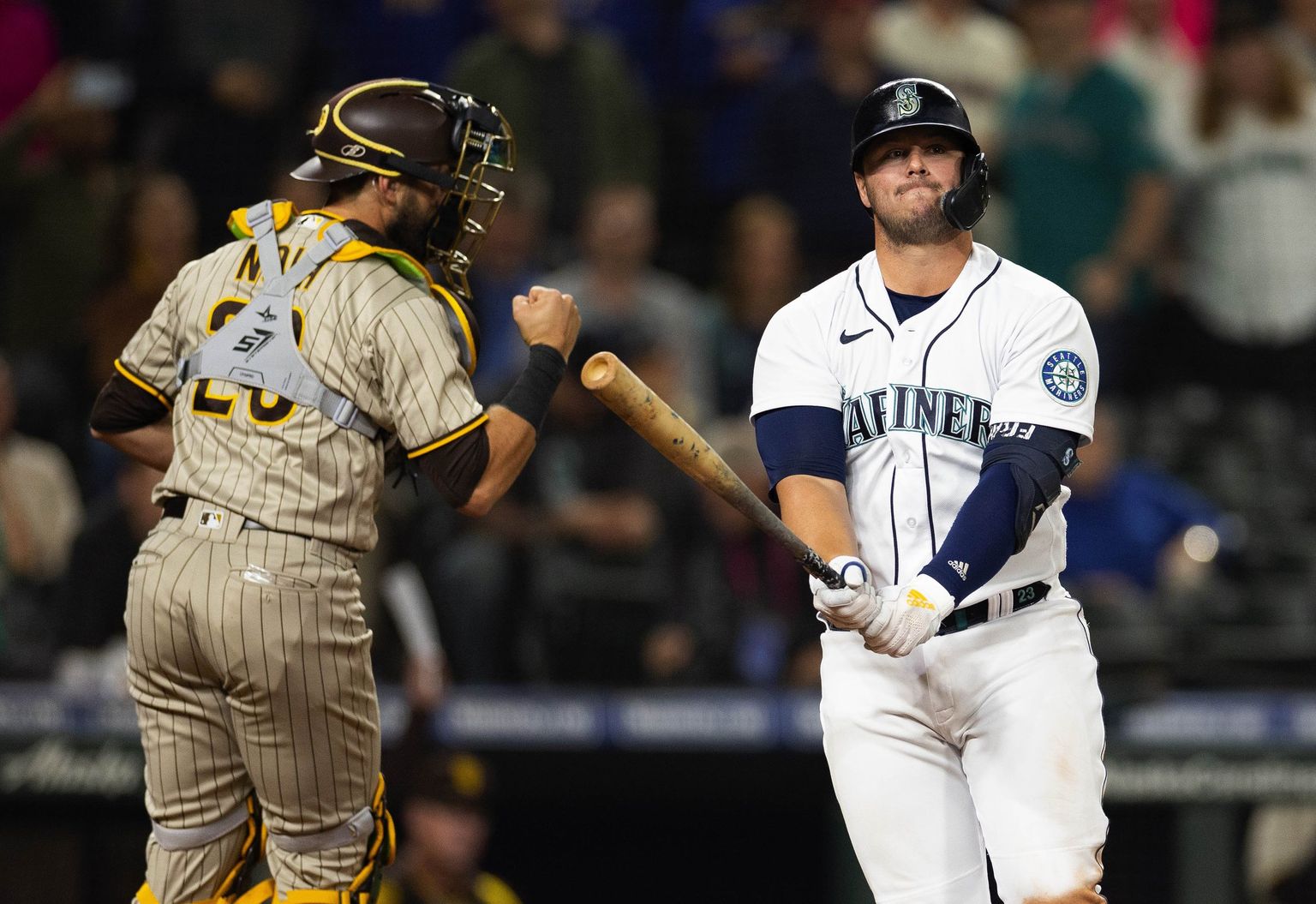 • There is more to be taken from the Mariners’ 2-0 loss last night. But not much. This is a team that has to be nearly perfect on defense and on the mound if it wants to win in the postseason. And yes, there will be a postseason.

Against the best in baseball – San Diego holds the same spot in the National League the M’s hold in the American, the second-best team in the division with the best – Seattle’s offense is going to struggle. OK, everyone’s offense will struggle against the best pitchers, which Yu Darvish was last night. But the M’s lineup – especially if Mitch Haniger’s back acts up – isn’t the Yankees or the Jays or the Dodgers. The potential for an explosion against an ace is less.

Does that mean the Mariners’ can’t win? Nope. But it’s harder. The pitchers have to be near perfect. And the defense has to be the same. That won’t happen with Jesse Winker in left.

His inability to make a routine play cost them a run again last night. He is bereft of speed and when he does field the ball cleanly, his less-than-average arm betrays him. And opponents know it. Jake Cronenworth was waved home last night late in a tie game. He should have been dead at the plate. But Winker’s throw short-hopped J.P. Crawford and there wasn’t even a relay. Mind you, Crawford had ranged even farther down the left-field line to help. It wasn’t enough.

Maybe the M’s offense woes are such they need Winker’s bat. But he can’t be in left in the postseason. That has to be, if Haniger is healthy, Sam Haggerty. 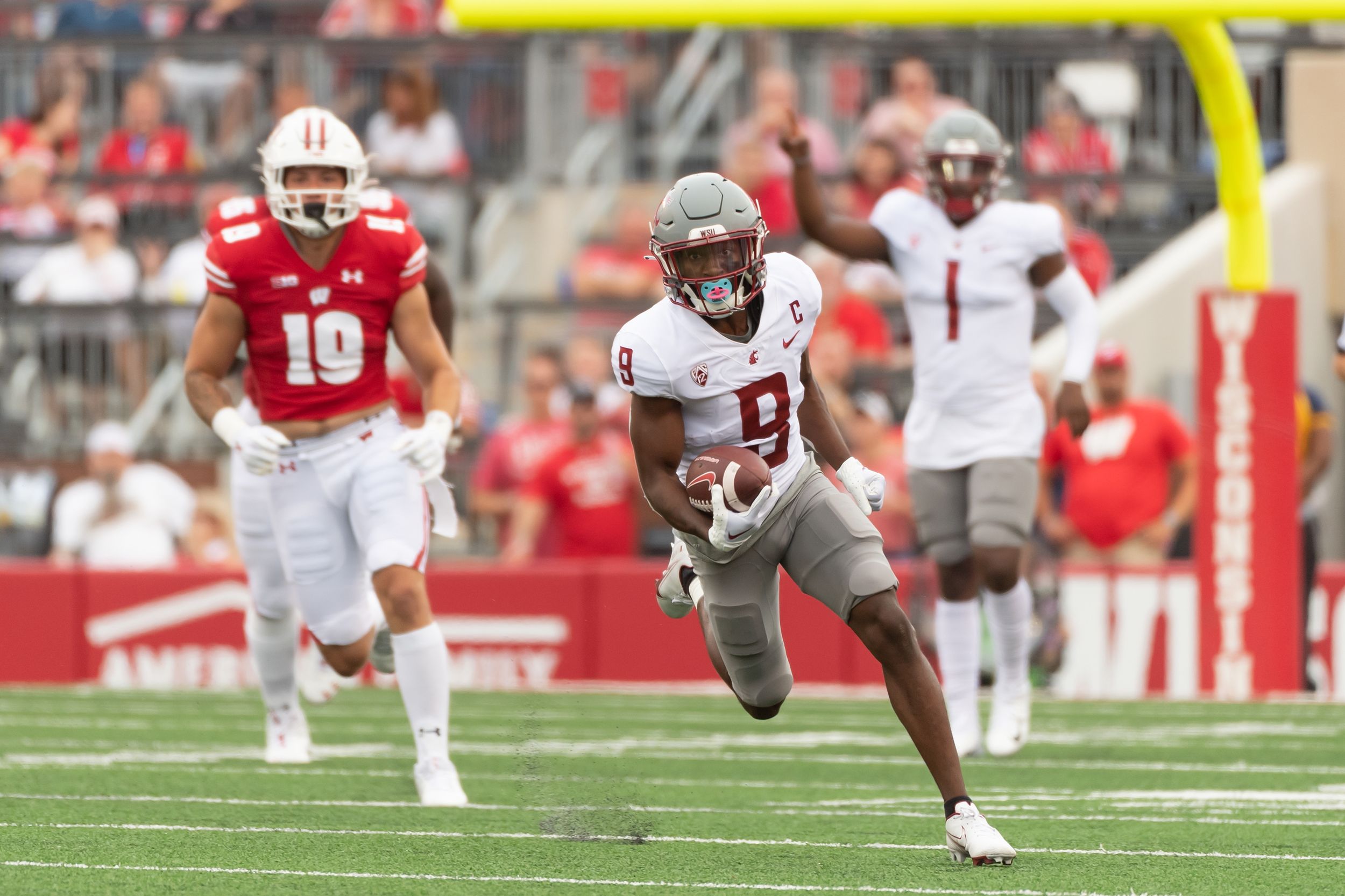 WSU: No more looking back. Colorado State comes to Pullman on Saturday, hoping to set a trap on the Cougars. Colton Clark had his first look Monday as well as news on Pac-12 awards. … In today’s paper, Colton looks at the Cougars’ strongest ability: playing hard. … What a difference one win made for Washington State. At least in Jon Wilner’s Mercury News power rankings. And in the betting lines. … Elsewhere in the Pac-12 and college football, Wilner thinks Thursday night’s NFL game may just be a glimpse into the conference’s future. It’s on Amazon. … Could the conference go back to giving more money to the bigger draws? It is possible. … Washington may just be one of those schools. … The California Board of Regents is not done with UCLA and its move to the Big Ten. … Oregon State won but will have to deal with injuries coming out of Fresno. … The first top 25 matchup of the season in Autzen pits Oregon against a BYU program that owned the Pac-12 last season. The Ducks have areas which they need to shore up. … No rest for Colorado. The Buffs travel to Minnesota. … Overtime rules aren’t among Utah coach Kyle Whittingham’s favorites. … USC isn’t happy its game with Oregon State next weekend will be on the Pac-12 Network but that’s not the conference’s call. … UCLA made early changes last Saturday to keep players healthy. … Arizona State hosts Eastern Michigan this week. … Arizona has a tougher opponent than many of its fans will think.

Gonzaga: Joel Ayayi has signed with the Orlando Magic. Theo Lawson has this story on how the promotion happened. 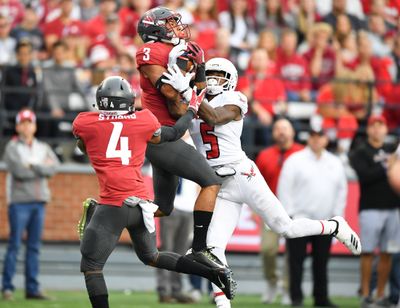 EWU: When you play money games – road contests against FBS schools for a big guarantee – there is the chance of a lopsided loss. It has happened to the Eagles before. And, as Dan Thompson tells us, they have bounced back just fine. … Elsewhere in the Big Sky, Montana faces its first road test, at Indiana State. … Montana State is on the road as well, at Oregon State. … Northern Colorado has to limit its mistakes. … Weber State’s win moved it up the polls. … The last time Idaho State had a great defense was 20 years ago. … UC Davis host the University of San Diego on Saturday night. … In basketball news, Portland State has attracted a transfer from Oregon State. 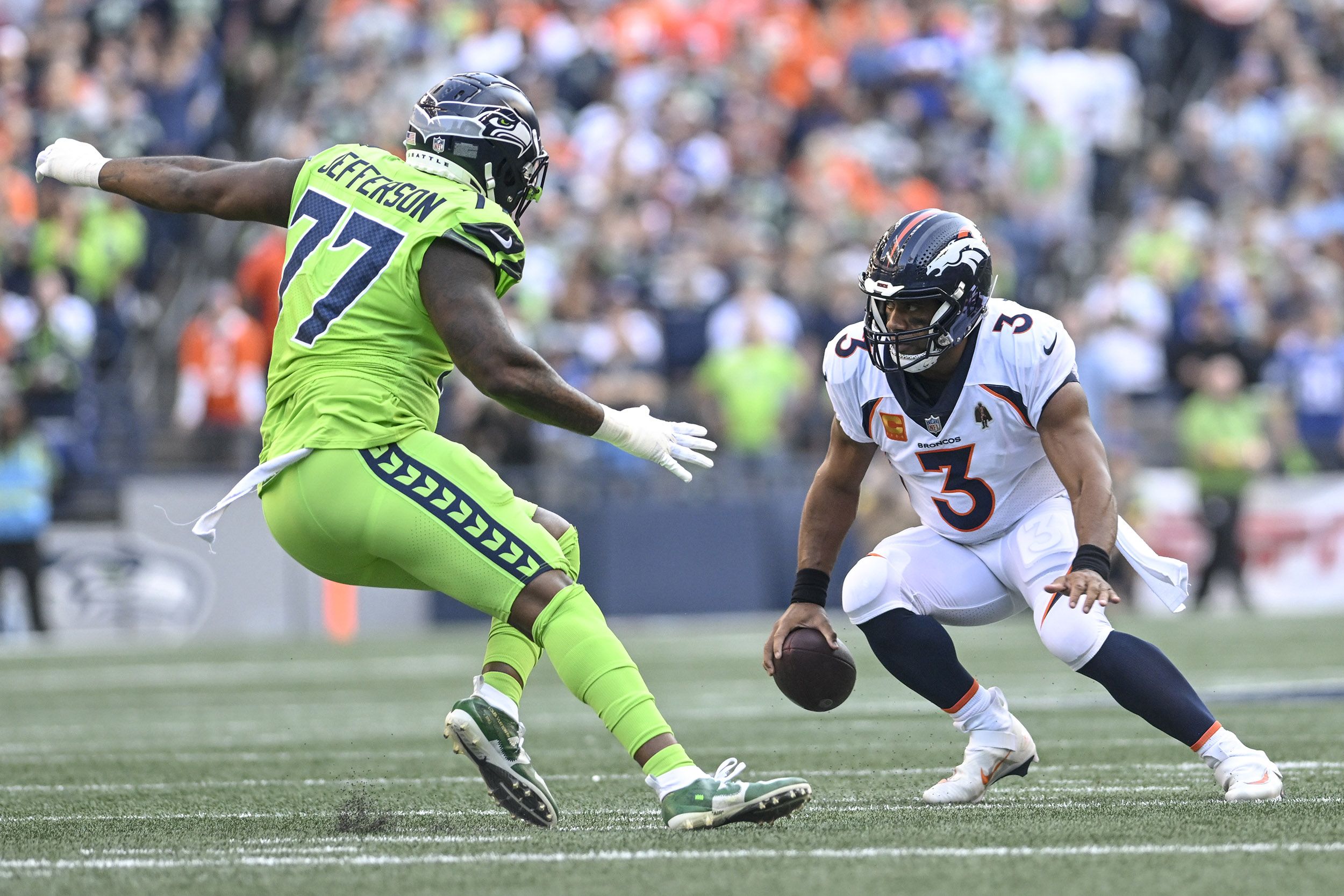 Seahawks: The extent of Adams’ injury is unknown but Pete Carroll termed it “serious” yesterday. … Other Hawks stood out. … The answer to this question is no. At least in our eyes. … We wanted to make sure we passed along Dave Boling’s column from Monday’s game, even if it was day late.

Mariners: The 2-0 loss came on a day when the M’s could have made up ground in the wild-card race. … Others like Haggerty in left as well.

• Thanks for understanding about the day off. We had fun. Explored a place we had not explored before. That is the good news. The bad? It was so fun, we are going to take Saturday off as well. We are – now please do not faint – going to attend a college football game as a fan. Well, we will be in the stands. We will share more when it gets closer but needless to say, we have not done this in more than two decades. Until later …