A GRIP ON SPORTS • Who says late-night football games are such a bad thing? At least no one east of the Mississippi saw the Cougars’ collapse in Berkeley in front of a hostile crowd of about 17 California fans – and one stuffed pig. Read on.

• California’s Memorial Stadium holds more than 60,000 people. It was recently refurbished to the tune of hundreds of millions of dollars. It was also more than half empty last night.

ESPN schedules games like last night’s Washington State loss to the Bears late so that they have the West Coast all to itself.

We mention these items so that, down the road, when someone tells you they were at Cal’s 37-3 upset of eighth-ranked WSU, you can scoff. Or if they tell you they watched it on TV, and it turns out they were in Washington D.C. at the time, you can call them a Pinocchio.

We also mention these items because we can’t figure out what happened, how the Cougars could play like they did after six consecutive wins to open the season, after upsetting a top-five USC team at home exactly 14 days before, after, well, after their best start since 2001.

And how Cal could rebound so explosively after being rolled by Washington last week.

It all defies explanation. That doesn’t mean we didn’t try, on this website and on the radio postgame. But honestly, I’m not sure even Mike Leach had an answer. After all, I’m not sure Leach ever figured out what happened to his 2008 Texas Tech team, a group that opened the season with 10 consecutive wins, including an upset of No. 1 Texas. In game No. 11, though, the then-second-ranked Red Raiders were blasted 65-21 at Oklahoma.

Of course, the Sooners were ranked fifth in the nation at the time, were 9-1 themselves, and en route to a 24-14 loss to Florida in the BCS title game.

California isn’t playing in any championship games this season, though the Bears, with four wins already, may get to a bowl game. After all, they did upset the No. 8 team in the nation.

Whether anyone outside of the Bay Area or the Inland Northwest saw it, it’s hard to tell. Heck, with the smoke in the air last night, I can’t guarantee the folks on Tightwad Hill could see what happened.

And if anyone can explain it, please do.

• OK, one statistical explanation, brought to you by the number seven. Or the number nine. Whichever you prefer.

Either by themselves were probably enough to propel Cal to the upset. Together, they ensured it.

• The stuffed pig reference? Late in the first half the Cougars decided to punt. It went one yard, giving Cal great field position with less than 2 minutes left. And, no, the punt wasn’t the stuffed pig we referenced.

The Bears raced down the field, with Vic Enwere willing himself out-of-bounds with a couple seconds left at the 2-yard line and California out of time outs. But Cal seemed a little flummoxed by its success and unsure of what to do.

Enter the stuffed pig. An animal rights activist rambled onto the field and sat down, holding a stiffed pig. ESPN didn’t show it, but the time took to deal with the protest did allow the Bears to regroup, get together, call a play, execute it perfectly and score a crucial touchdown just before halftime.

It was another gift for the home team in a game full of them.

WSU: Theo Lawson was in Berkeley and he wrote two game stories, one right after the final horn and another later in the wee hours of the morning. … Tyler Tjomsland was also in Strawberry Canyon and has this photo report. … Back to Theo. He had the difference makers, some injury news, a before-the-kickoff story on the unhealthy air and a piece on a visitor. … We watched at home, as well as in the KXLY studios, and put together our three takes on the upset. … You want highlights – and lowlights? They are all in this piece put together by the bright folks in the office. … The Times’ Stefanie Loh battled the smoke and has a game story while also trying to explain what went wrong, which is more a litany of mistakes. … Cal quarterback Ross Bowers learned his acrobatic leaping skills from his mom, who coaches gymnastics at UW. … The Bears’ stunning upset was paired nationally with another stunner, though I’m not sure it was a more surprising result. No. 2 Clemson, the defending national champion, lost at Syracuse, 27-24. Elsewhere in the Pac-12, Washington will travel to the desert tonight, a destination that hasn’t been all that kind over the years. Arizona State would like nothing more than to knock a third Pac-12 playoff contender out of the hunt for now. … Arizona will host a UCLA team that features Josh Rosen and little in the way of run defense. Khalil Tate will be the center of attention. … Colorado, WSU’s homecoming opponent next Saturday, travels to Corvallis today to face the new-look Oregon State Beavers. … USC and Utah will meet in the Coliseum with the inside track for the South title on the line. … Finally, Oregon and Stanford get together in the Bay Area. I’m guessing the Cardinal will draw better than California did – 26,245 were in attendance last night if you count the stuffed pig – but the crowd may not make as much noise.

Gonzaga: The Indiana Pacers traded for Domantas Sabonis in the offseason – for star Paul George, no less – so there was little doubt the team would not pick up his rookie option. As Jim Meehan tells us, the Pacers made it official yesterday.

EWU: The Eagles host Montana State on the red turf in Cheney and another sellout crowd will be in the stands. Jim Allen will be there as well. For today, he has a preview of the matchup. … The Bobcats will counter with a two-way player and a running game that relies on blocking from everyone. … There was a record set in the Eastern women’s soccer victory. … Around the Big Sky, there is the big battle for Utah supremacy, FCS style, today between Southern Utah and Weber State. … North Dakota will try to get its season back on track when it travels to Missoula to face a Montana team on a roll. It’s homecoming for the Griz. … Northern Arizona not overlooking winless Portland State. 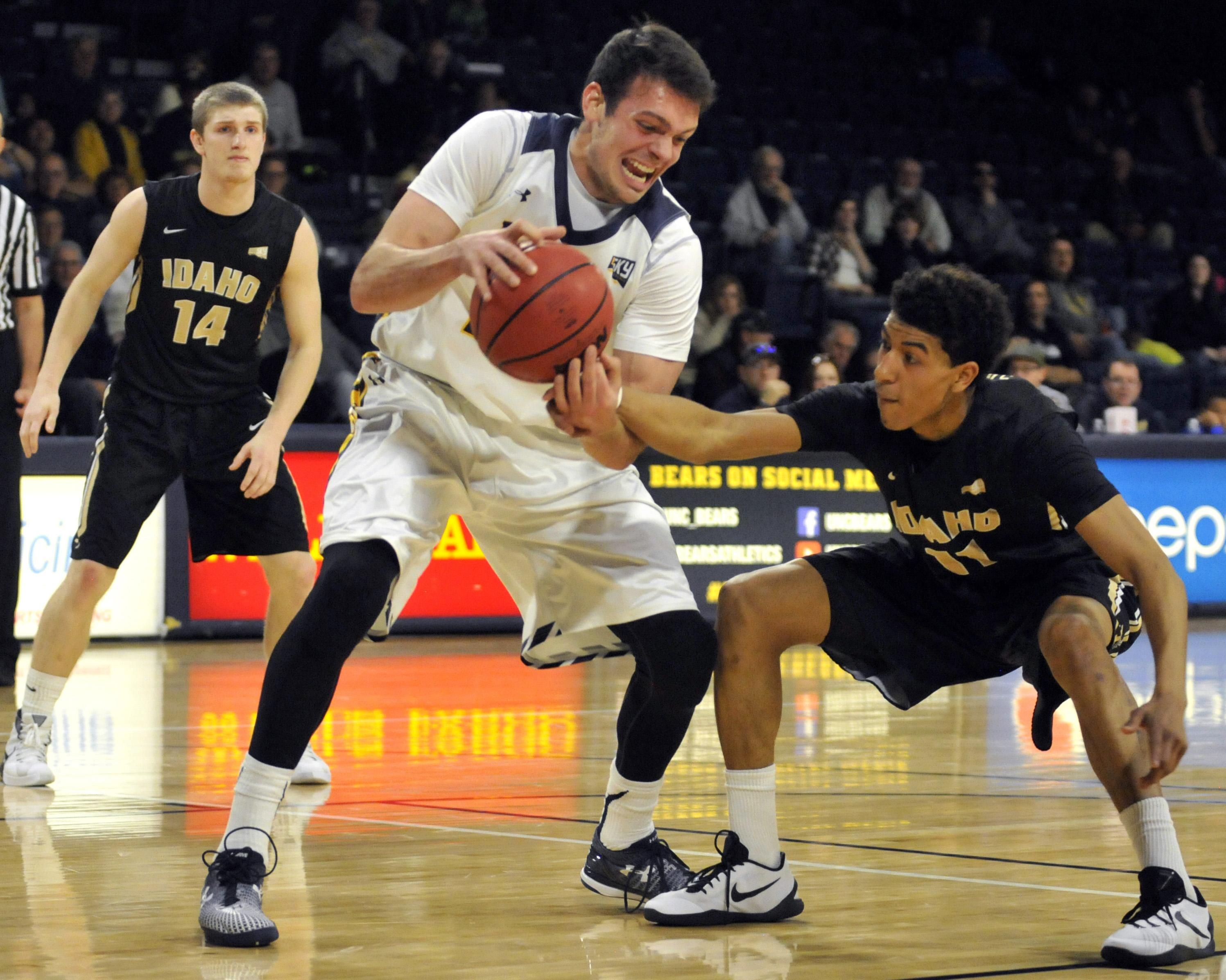 Idaho: Yes, the Vandals have a football game today. They host Appalachian State. Peter Harriman has a preview. But the big news yesterday was the Big Sky basketball polls, with the media and the coaches picking the Vandals to win the title. UI opens it non-conference season Nov. 10. … The basketball polls’ release means there are stories from all around the Big Sky, from North Dakota to Weber State and everywhere in between.

Whitworth: After two consecutive defeats, the Pirates hit the road to face Pacific Lutheran. Whitney Ogden has a preview.

Preps: There was a crucial GSL football showdown last night, as befitting a Friday in mid-October. Dave Nichols was at Central Valley’s 33-17 win over Mead, giving the Bears the inside track to the 4A title. He has the game story and Jesse Tinsley has a photo report. … There is also a roundup of the rest of the local football games as well as from volleyball and girls’ soccer.

Seahawks: Richard Sherman did a really nice thing this week. We pass it along. … You have questions? The Times’ Bob Condotta has some answers. … He can’t answer how the Hawks pick their starting running back because no one knows.

• At least when there is a late-night WSU game on the road, it isn’t followed by a 90-minute ride home. That was last night’s lone saving grace. Until later …