For the third time in as many games, WSU’s defense allowed an opposing player to exceed the 100-yard barrier on the ground. Oregon’s sophomore running back broke off a long touchdown in the first quarter Saturday, going 89 yards untouched, and he had 148 yards by halftime. The speedy Verdell added to that in the second half, with two more TDs, and finished with 257 yards on 23 carries and had four catches for 56 receiving yards.

The longest rushing TD for Oregon since the 2012 Rose Bowl 😳 pic.twitter.com/hjlE8LfiVZ

Oregon’s defense came into the game with 12 interceptions and tacked on two more. Holland was responsible for one of those, picking off Anthony Gordon in the second quarter and returning it 19 yards for a touchdown to put the Ducks up 17-10. The sophomore nickel also had six tackles.

Oregon takes the lead with a pick-six ❗️ pic.twitter.com/2qwBiTgmv6

The senior was again Gordon’s favorite target, reeling in nine passes for 130 yards and two touchdowns, including one on fourth-and-3 with 1 minute left that gave Washington State a 35-34 lead. It was the fourth time in seven games this season that Arconado has gone for more than 100 receiving yards. He has six receiving touchdowns this year after not catching a single pass last season. 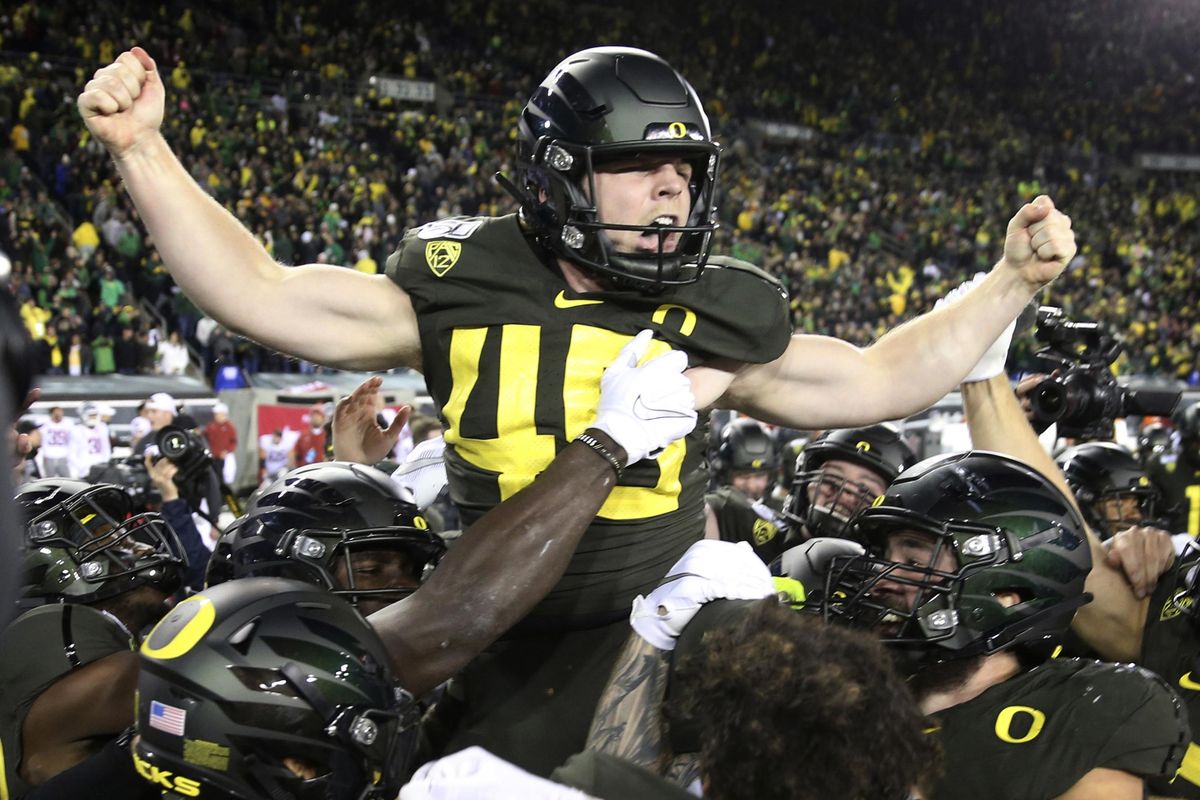 Oregon kicker Camden Lewis is carried off the field by his teammates after kicking the winning field goal against Washington State in an NCAA college football game Saturday, Oct. 26, 2019, in Eugene, Ore. (Chris Pietsch / AP)