Modest Mouse performed a sold-out show at the Knitting Factory on Wednesday night, and the Districts were the opening act.

"Back to the Middle"

“Relax your breath, lean into yourself. Here’s what I know is true.” – “The Sun Hasn’t Left” by Modest Mouse.

The sold-out Modest Mouse concert at Knitting Factory on Wednesday night was one intense congregation of super fans, melody-hummers and people just generally celebrating life after more than a year of canceled events.

Formed in 1992 in Issaquah, Washington, Modest Mouse has come a long way since the release of its first studio album, “This Is a Long Drive for Someone With Nothing to Think About” (1996). Their newest album, “The Golden Casket,” released this summer, leaves listeners thinking band members have found more things to think about in the last 25 years. 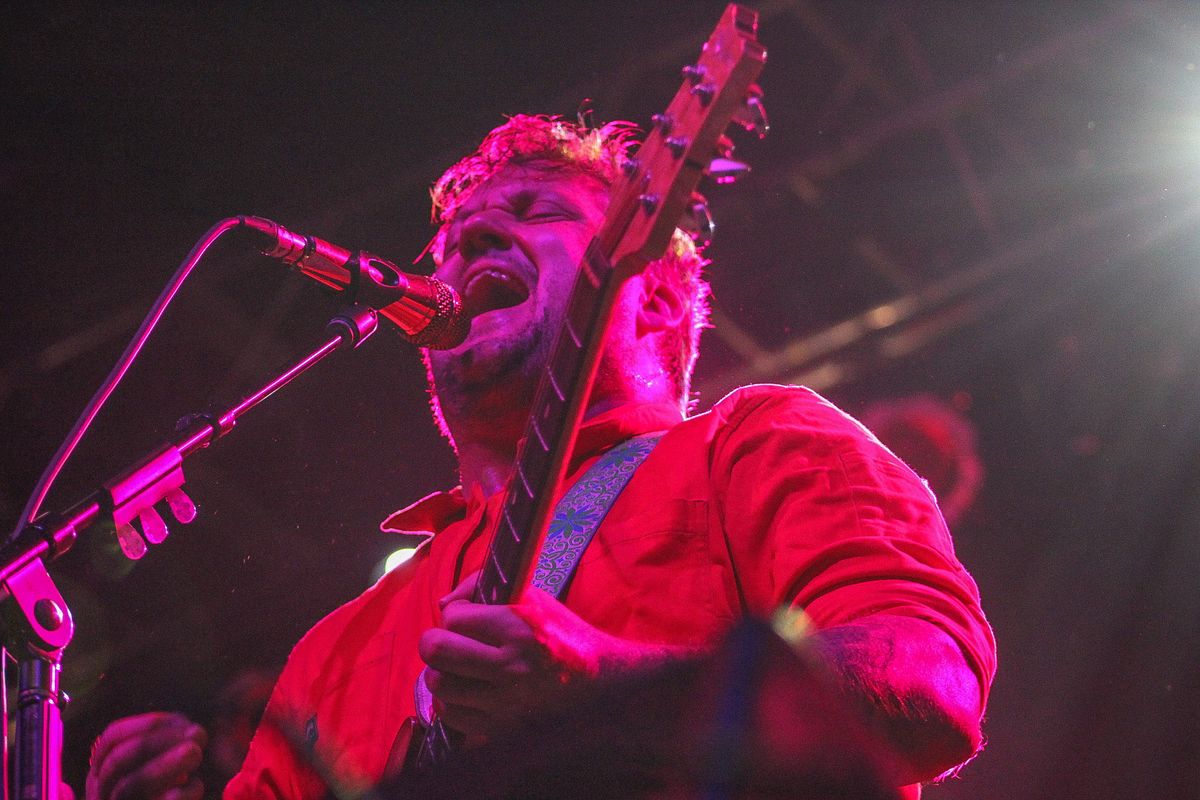 Frontman Isaac Brock appeared onstage wearing a bright red jumpsuit. The greeting from the band was short and sweet, and the transition into the first song, “Broke,” was seamless and organic. The crowd immediately joined in on the lyrics, and several “I love you’s” could be heard from an unspecified place in the crowd. By the time “Fire It Up” started, the audience had elected a body surfer to the top of the heap, and lyrics to songs had reached a screaming level of enthusiasm.

Many of the evening’s songs came from “The Golden Casket,” the band’s seventh studio album and first in six years. Like a lot of indie rock, the lyrics are existential, and the melody is atmospheric and easy listening. Some songs from the album performed Wednesday include “(Expletive) Your Acid Trip,” “We Are Between” and my favorite, “The Sun Hasn’t Left.”

After playing 15 songs, the band left the stage to immediate disapproval. The crowd took up the age-old tradition of demanding an encore, and several minutes later, Modest Mouse returned to play another five songs, including their most widely known hit, “Float On.”

Pennsylvanian American rock band the Districts was formed in 2009 while several of its members were still in high school. The amiable crowd welcomed them onstage with shouts of “I love you!” and “take off your shirt!”

The Districts played a couple songs off their 2020 album, “You Know I’m Not Going Anywhere,” a smooth blending of alternative and classic rock. Between songs, an audience member shouted, “You guys actually rock!” To which a band member replied, “That’s the goal!”