A GRIP ON SPORTS • Let’s see. When was the last time Gonzaga played a West Coast Conference regular season game that began at 4 p.m. on a Thursday? Uh, that would be never, at least in our memory.

• That’s the case this afternoon. When the WCC office rescheduled the COVID-delayed Santa Clara game for today, did it know the CBS Sports Network would want to televise it in the late-afternoon? Probably. After all, college conferences do very little without consulting their media partners. 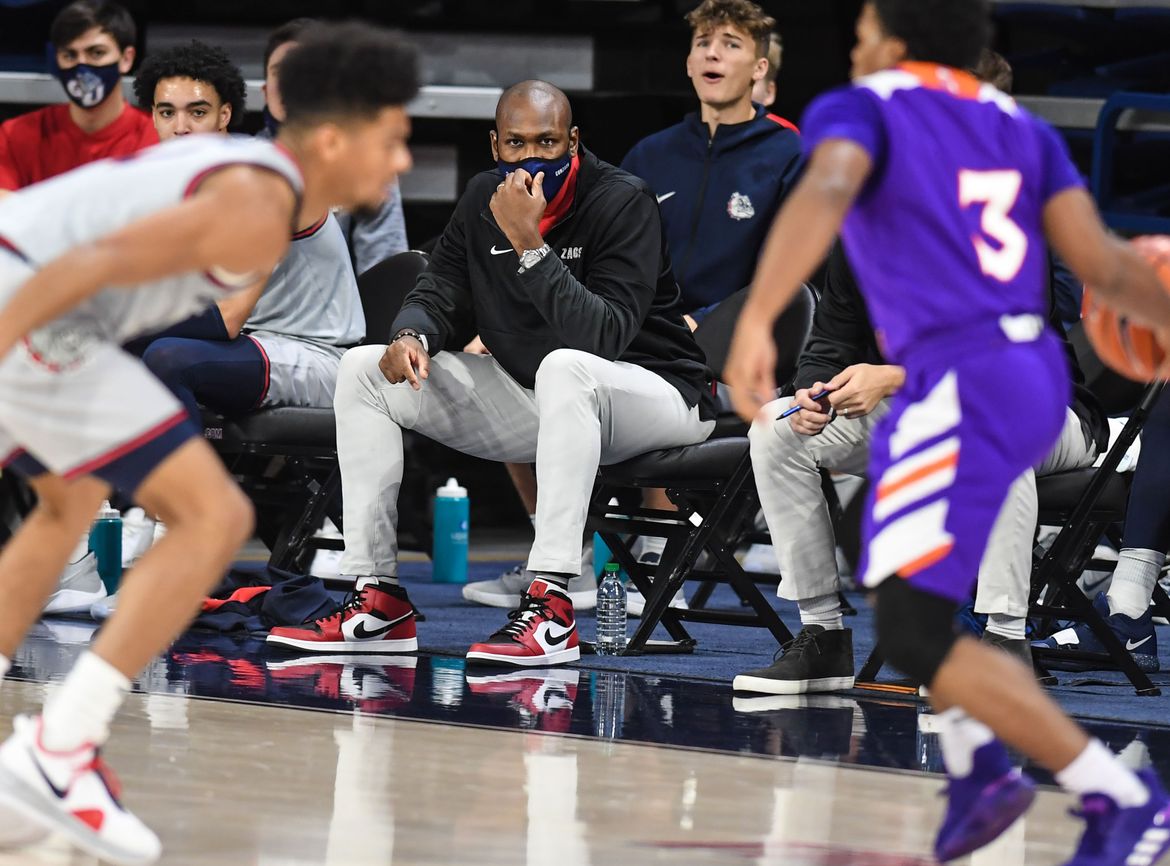 I guess it didn’t matter. And why, in this crazy, coronavirus-addled season, should it? The only fans in the McCarthey Athletic Center this afternoon will be family members. Sure, those who want to watch Rich Waltz and Dan Dickau call the game may have to race home from work or set the DVR and watch when they can.

And, besides, the women already had a game scheduled to today in the Kennel, against Pepperdine, so the early time was going to be necessary for one of the games.

Might as well pick the one that should end up with a double-digit margin. OK, that could have been either game – both GU teams are heavily favored.

All we can say is embrace the oddity. It may be years before there is a Thursday doubleheader in the Kennel again. Maybe not until the next pandemic. And that, hopefully, won’t be soon.

It’s true. As the Idaho boy’s basketball teams prepare for the State tournament, this side of the border preps for football games. The first in some 15 months. After having been watching high school football games for more than a half century, I’ll finally get to watch one in February. And March.

The season should be a little backward. Most high school (and college) seasons begin with the fans in shorts, complaining about the heat. By the final game, they are bundled up and sipping hot chocolate to try to stay warm. This year, that schedule will be reversed, if Mother Nature cooperates, with the shorts popping out for the last game or two.

Talk about embracing the oddity.

• This has been an interesting year for the Washington State men’s basketball team as well. For much of it, the Cougars were as good as Issac Bonton played. When he was on point, so were they. That’s changed. Gradually at first, then suddenly last week as the senior guard was injured and couldn’t play.

Entering the spotlight in his absence was one Noah Williams. Now Williams hasn’t been shy in the past, that’s for sure. But with Bonton sidelined, he has taken a star turn. As in a better than 36-point a game average.

Tonight the challenge on Williams and the rest of the Cougars is even greater. They are in Tucson, where I’m sure the weather is better than it is in Pullman – no blowing snow. But it’s also a tougher place to win for Washington State. The Cougars have won just once in McKale since Sean Miller took over the Wildcats. That was a 69-55 rout two years ago, so it’s possible.

And it won’t hurt if Bonton is able to play, something Kyle Smith said earlier this week is possible. If Bonton can’t go, all Williams has to do is score 56 points. After last week, we aren’t going to say there’s no chance that will happen. 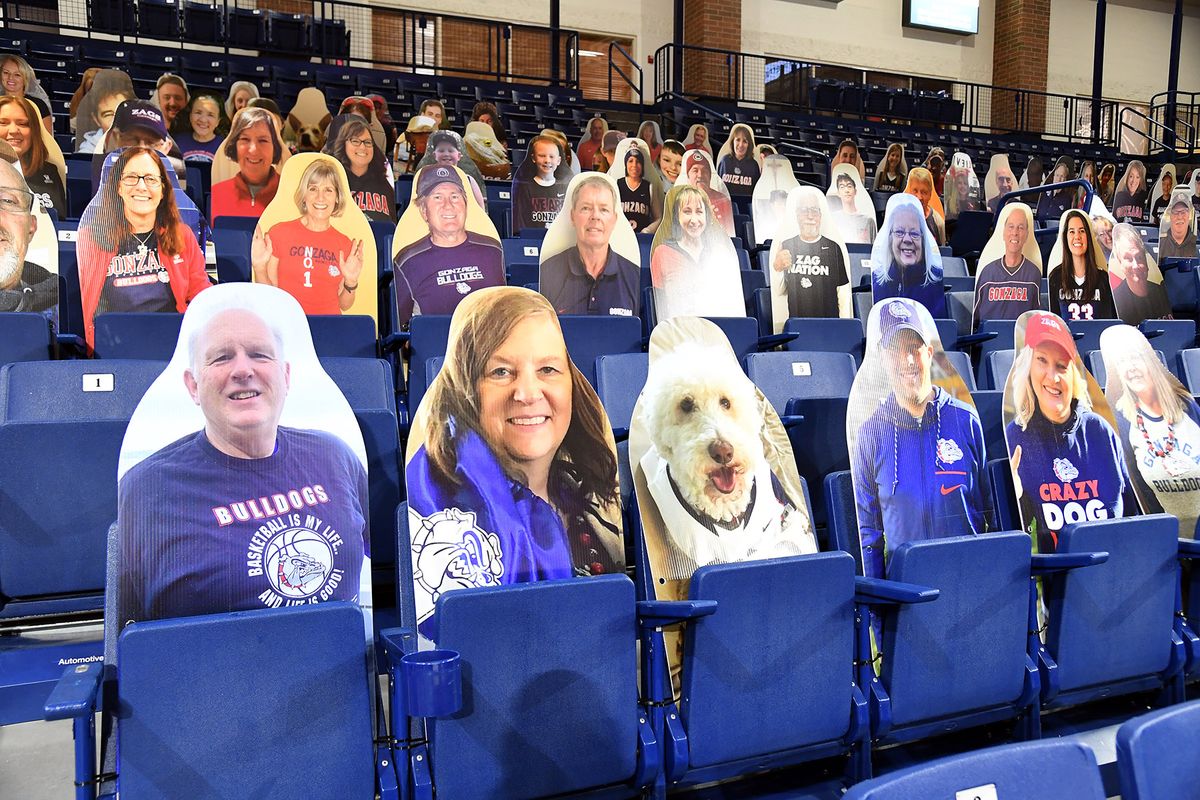 Gonzaga: The Zags have two more home games to close out an undefeated regular season. Jim Meehan looks at that possibility heading into today’s matchup. He also pulls out the key matchup with the Broncos. … Justin Reed wandered among the cardboard cutouts along with Colin Mulvany to come up with this story and photographs concerning the Zags’ two-dimensional fans. … Another day, another awards finalist story from Jim. Today’s Bulldog is Corey Kispert, among the five Julius Erving finalist for the second consecutive year. … The women host last-place Pepperdine tonight. Jim Allen has a preview. … With Baylor returning to action, these power rankings didn’t change. … Elsewhere in the WCC, the BYU women are closing in on a possible NCAA berth. … The men will lose a trio of seniors. 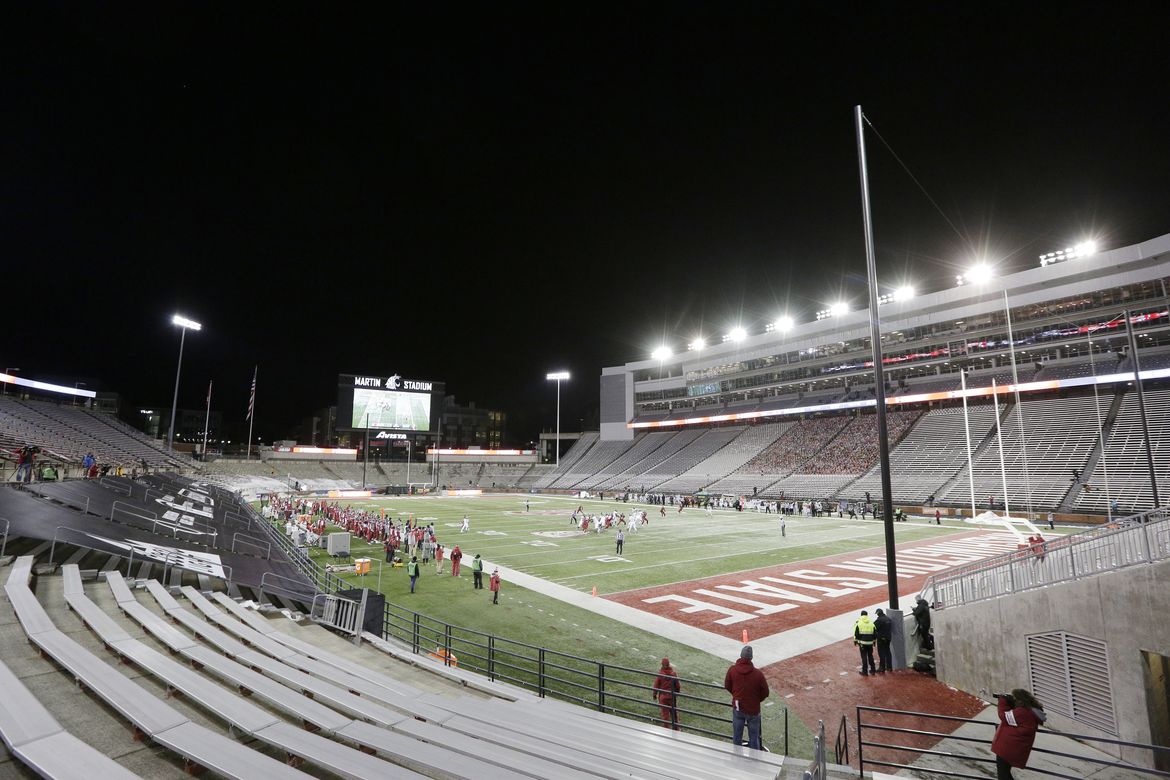 WSU: The Cougars picked up a highly sought-after defensive recruit when linebacker Taariq Al-Uqdah announced his commitment. Theo Lawson delves into the importance of Al-Uqdah’s decision in this story. … The Cougars are almost double-digit underdogs against the Wildcats tonight. … Around the Pac-12 and college basketball, is Oregon State’s Ethan Thompson finally an all-conference player? … The Beavers’ roster may not change as much as usual. … Oregon usually makes a late-season run. That may not happen this year. … Colorado will have to be locked in during the stretch run. … The schedule changes have hit some teams hard – UCLA is playing at Oregon next week – but Utah will get in 19 conference games. … It’s been a long time since USC won the conference. … In football news, the fall football schedule still hasn’t been released. Even Jon Wilner can’t answer the question “why not?” … We can pass along some answers if you have Washington questions. … Colorado now has questions about one of its best players. … UCLA has made some historic schedule additions. 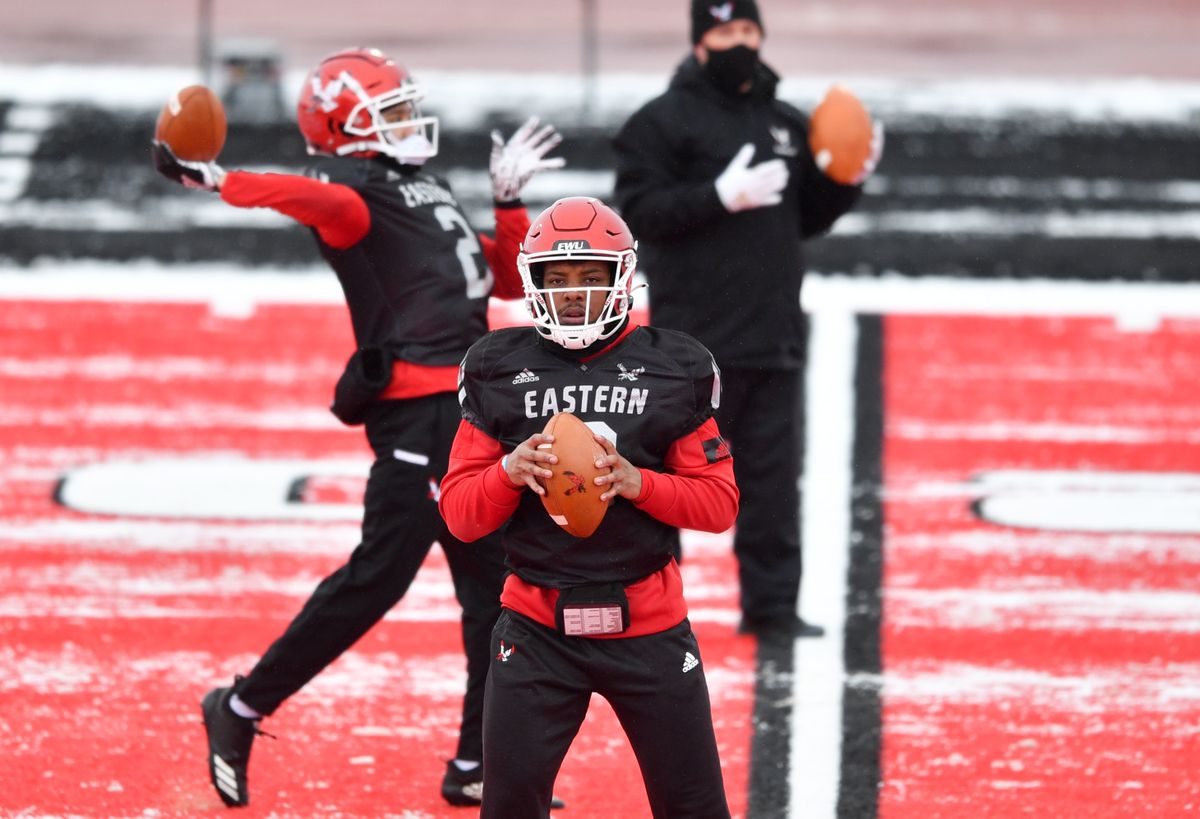 EWU: We mentioned the Big Sky football schedule kicking off this week, with the top game matching the Eagles with their closest rival. Ryan Collingwood takes a look at Eastern as the game approaches. … Basketball coach Shantay Legans joins Ryan this afternoon at 2 for a virtual Northwest Passages event. … Elsewhere in the Big Sky, Southern Utah overcame Northern Arizona last night in the lone basketball game. … Montana hopes to heat up and cool off Idaho State. … Weber State travels to Sacramento State. … In football news, Idaho State has some familiar faces in both backfields.

Idaho: The Vandals are looking to continue their improvement this season. Peter Harriman has a preview of their season in advance of Saturday’s opener. … Larry Weir also chips in, with his latest Press Box podcast containing an interview with Vandal broadcaster Chris King. … The women’s basketball game with Montana State is off. 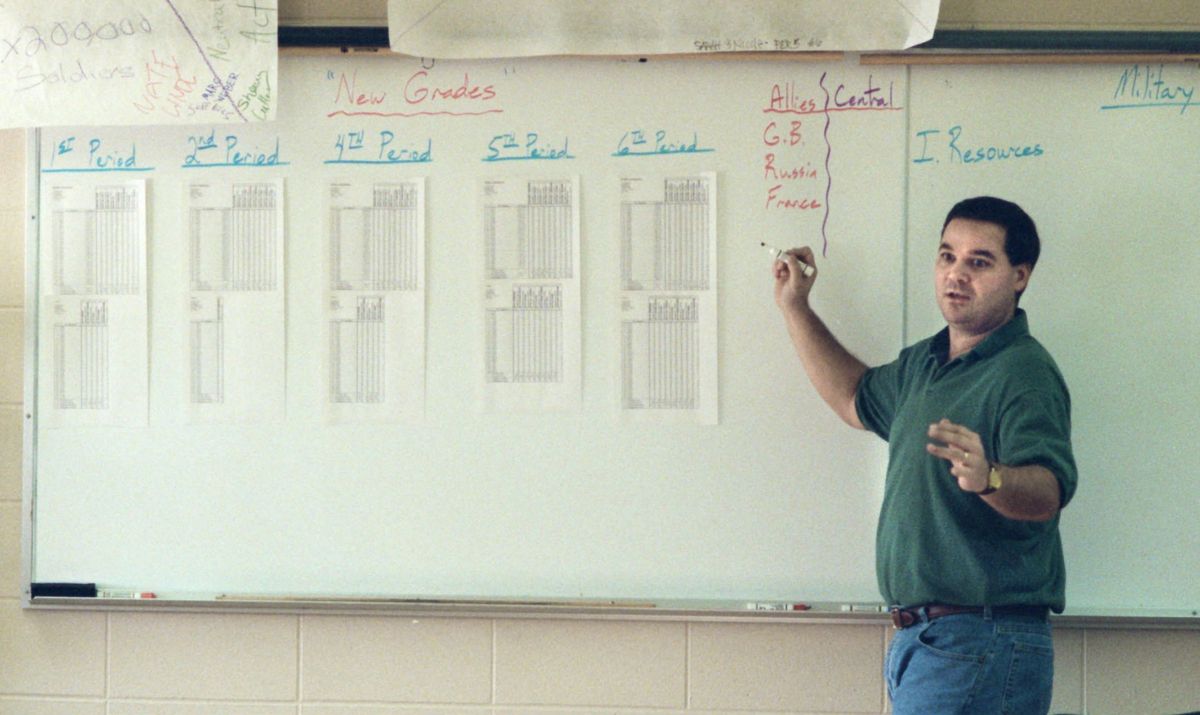 Preps: Dave Nichols has a preview of the Greater Spokane League football teams in this morning’s S-R. One thing we noticed? The GSL lost a lot of senior talent. … Dave also has a notebook which highlights winter awards in Idaho. … Steve Christilaw has a story on the league returning to competition and how it is handling it. We just had to post the photo that was with the story.

Mariners: The worst part of the Kevin Mather comments? How they have poisoned the water with a player M’s fans were pinning some hopes on, Jarred Kelenic. It’s probably always been a bit muddled, but this week has brought the hidden into the light. His opening-day status is now a thing to focus on. … Marco Gonzales is trying to play peacemaker.

Seahawks: The rift between Russell Wilson and the Hawks seems to be pretty deep. And getting deeper. … Seattle re-signed running back Alex Collins.

• A big day for me. No, it’s not that I get to shovel snow. Hopefully, that won’t be big by any definition. Nope. I’m getting out of the house this morning for an appointment. Yep, that qualifies as big. I’ll let you know what the North Side of Spokane looks like these days. It has to have changed a lot over the past year. Until later …