A GRIP ON SPORTS • Like most sports fans, we like to rank things. Who was the Mariners’ greatest draft pick (an easy one). The best player in this year’s NBA draft (another easy one). Where Tyler Johnson falls among Spokane’s greatest professional athletes of all time (ooh, that one is hard).

• The Tampa Bay Lightning won their second consecutive Stanley Cup last night. And Spokane’s Johnson played a role in both of them. Not a star’s role, to be honest, but a crucial one. And boosted the Valley native into the upper echelon of Spokane’s all-time best pros.

At least on the list we put together this morning. 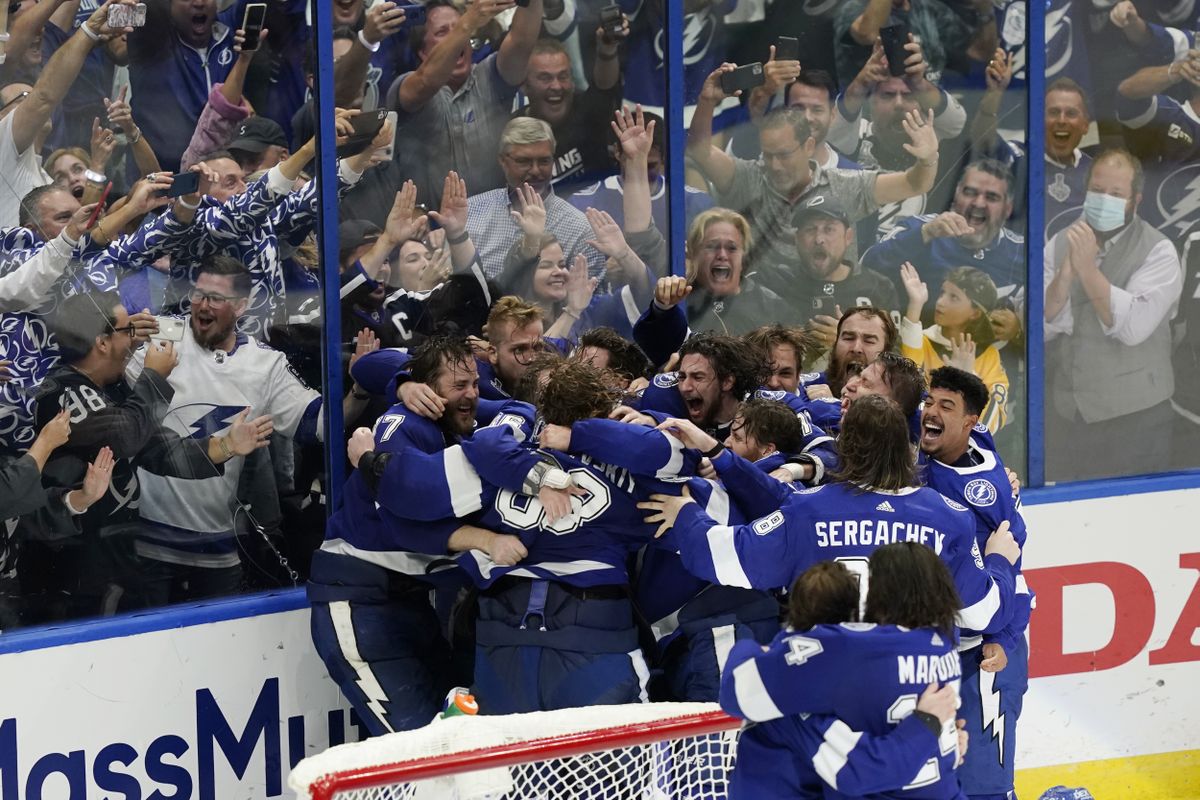 Like all lists, this one has certain criteria. Individual success will play a part but we want to look at those athletes who grew up in Spokane County and went on to help their professional teams win.

How successful the teams were (or, in Johnson’s case, are) matters. So does the contribution the Spokane athlete had. As does the athlete’s longevity. The final ranking will come from weighing all three of those criteria. With that in mind, here is our top four, in no particular order. And yes, we picked four so you can envision Mt. Rushmore in your head. 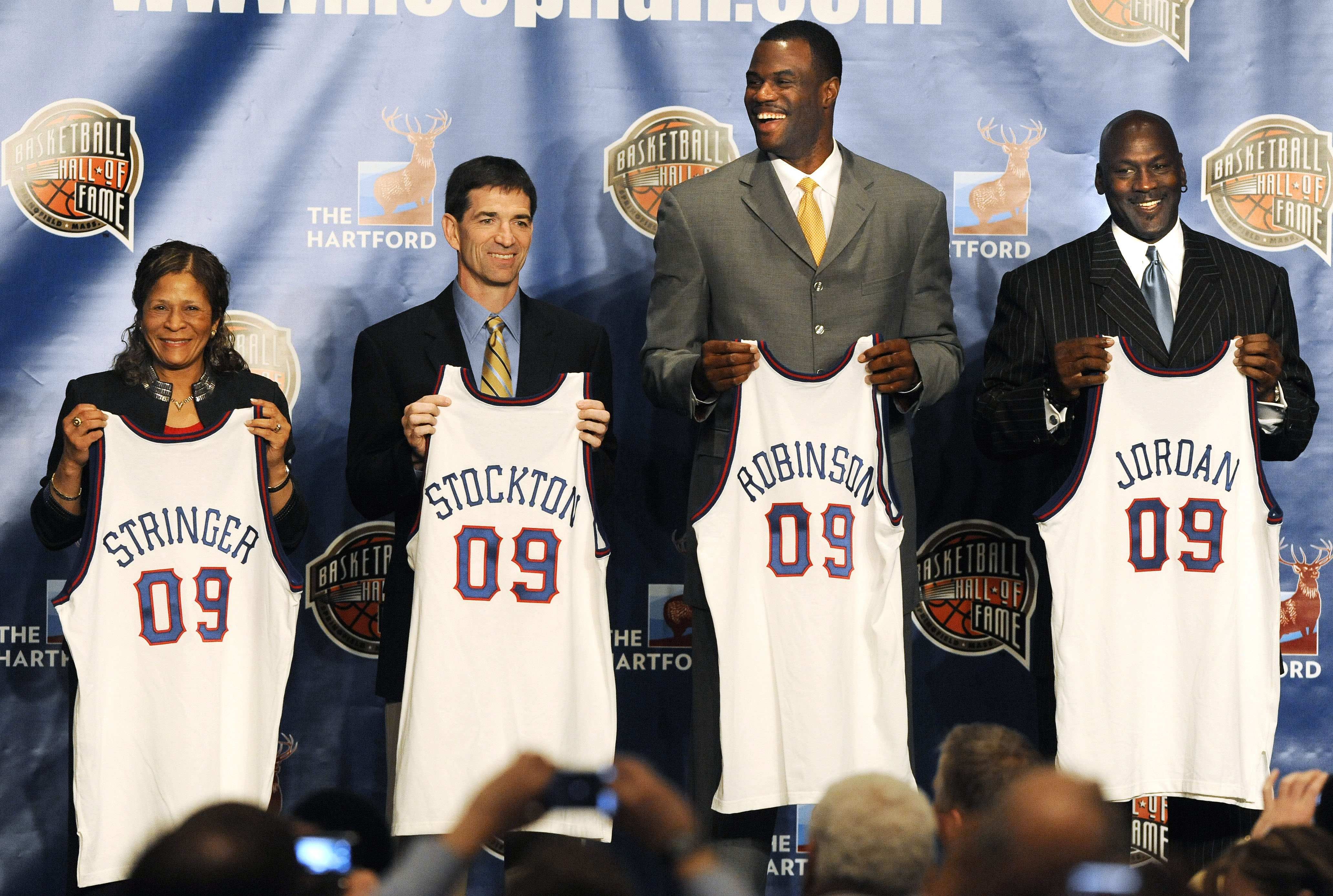 John Stockton: There is little doubt Stockton is the greatest professional athlete Spokane has produced. The Gonzaga Prep graduate is a Hall of Famer but beyond that holds NBA records in assists and steals. And he did it for years, all with one franchise, the Utah Jazz. And therein lies the rub. The Jazz of Stockton and Karl Malone played their best basketball in the Michael Jordan Era, when winning an NBA title was a near-impossible task. Stockton’s Jazz got to the finals twice. Back-to-back years, actually, in 1997 and 1998. And lost both.

Mark Rypien: The Shadle Park High graduate was a standout NFL quarterback for the Washington Redskins for four consecutive years in the late 1980s and early 1990s. In a stretch from 1989 to 1992, Rypien made two Pro Bowls, led Washington to a 39-17 record and threw 69 touchdown passes. But it was the 1991 season in which cemented his place here. Washington was 12-4 in the regular season, won the NFC title and defeated Buffalo 37-24 in the Super Bowl. It was that game, in Minneapolis, in which Rypien really shined, winning MVP honors with two touchdown passes and nearly 300 yards passing for a run-first team. 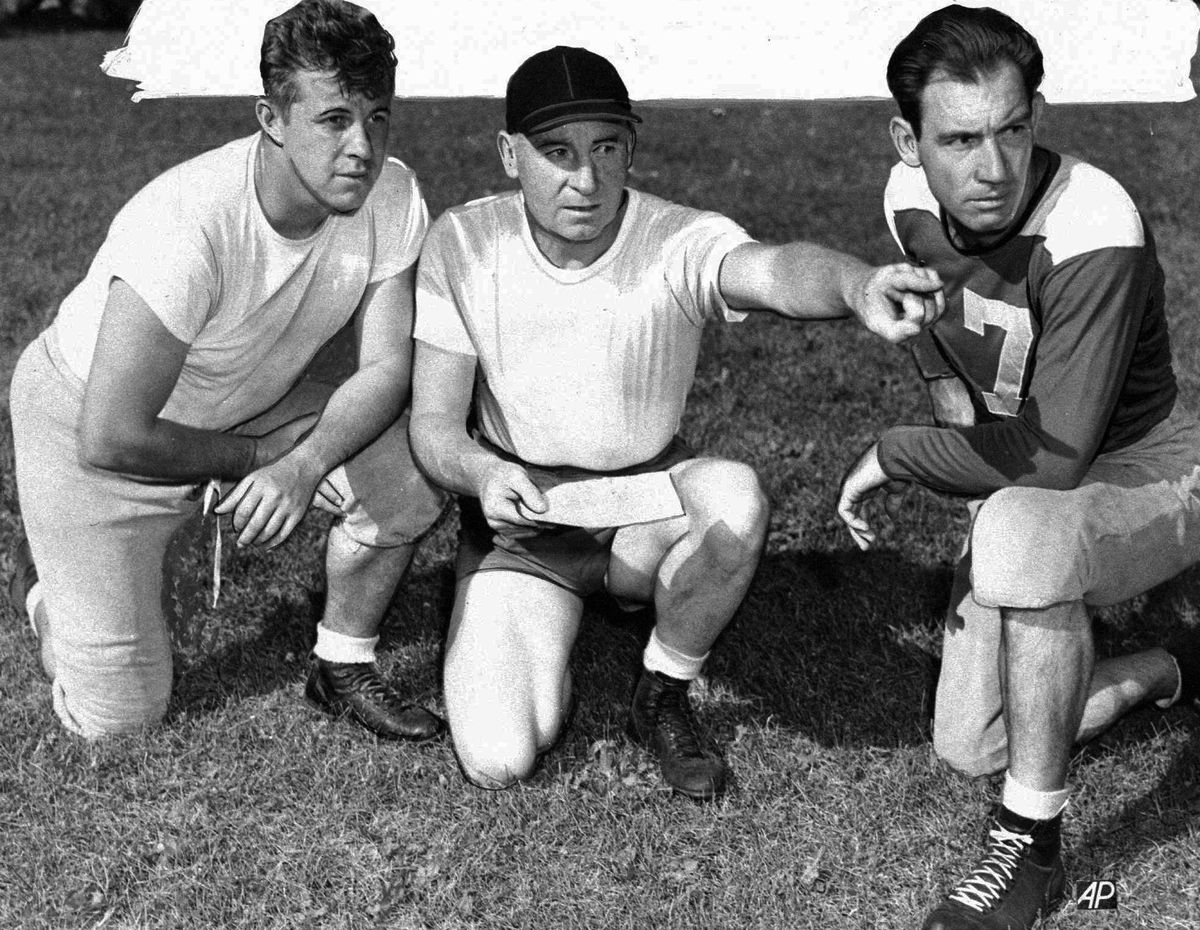 Ray Flaherty: This name might surprise you, mainly because Flaherty made his bones as an NFL champion about 90 years ago. But the Hall of Famer was named All-Pro three times, led the league in receiving in 1932 and helped the New York Giants to an NFL title as a player. He also was the first NFL player to have his uniform number (1) retired. Then, to add more weight to his spot here, he added two more titles as Washington’s head coach. The depth of Flaherty’s resume helped lift him into this position. 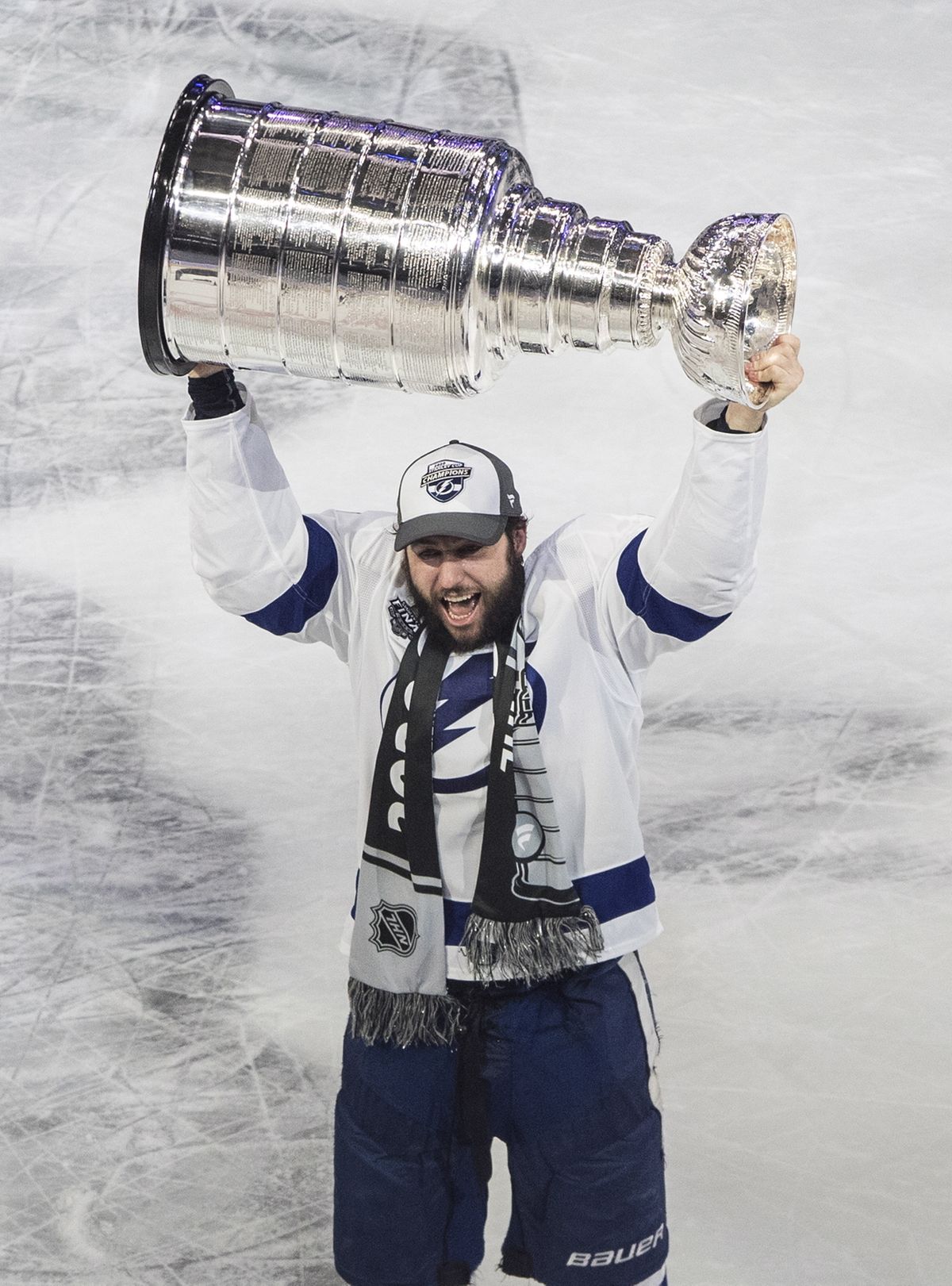 Tyler Johnson: Ever since Johnson joined Tampa Bay, the Lightning have been a Stanley Cup contender. In his second full season with the team, they made the finals, only to lose to Chicago in six games. In that year, Johnson was an all-star, scored 72 points and was considered one of the best centers in the NHL. Individually, it was the Central Valley High grad’s high point. But as his individual numbers have faded a bit, Tampa Bay’s team success has grown. Last season the former Spokane Chief helped the Lightning to their first title since 2004. This year his play on the fourth line gave them depth and helped them win a third. They are only the second team this century to win consecutive titles. And Johnson is the only Spokane-produced professional athlete to be a key contributor to two league titles.

Others given consideration included: Ryne Sandberg, a Hall of Fame second baseman for the Cubs, a snake-bit franchise that reached the playoffs just twice in his career; Adam Morrison, who won two titles with the Los Angeles Lakers but who played minimal minutes in each season; Jason Hanson, who had an exceptional NFL kicking career with the mainly woeful Detroit Lions; and Launi Meili, who won a gold medal in small-bore rifle during the 1992 Barcelona Olympics, helping the U.S. team to a second-place finish in the medal race. WSU: Around the Pac-12 and college sports, this is an important summer for Washington football recruiting, one that hasn’t started as well as Jimmy Lake might have hoped. … The NIL battle is underway as well, with Nike firing a big shot in defense of Oregon. Kayvon Thibodeaux is signing a contract with the company reportedly worth six figures. … Colorado has a bunch of inexperienced receivers. … Arizona lost another linebacker to the transfer portal. … Yesterday was the last day for college players to withdraw from the NBA draft and be eligible for next season. A bunch did, including Johnny Juzang and Cody Riley at UCLA, USC’s Isaiah Mobley and Arizona State’s Marcus Bagley. … Former Oregon State basketball coach Eddie Payne died yesterday at age 69. 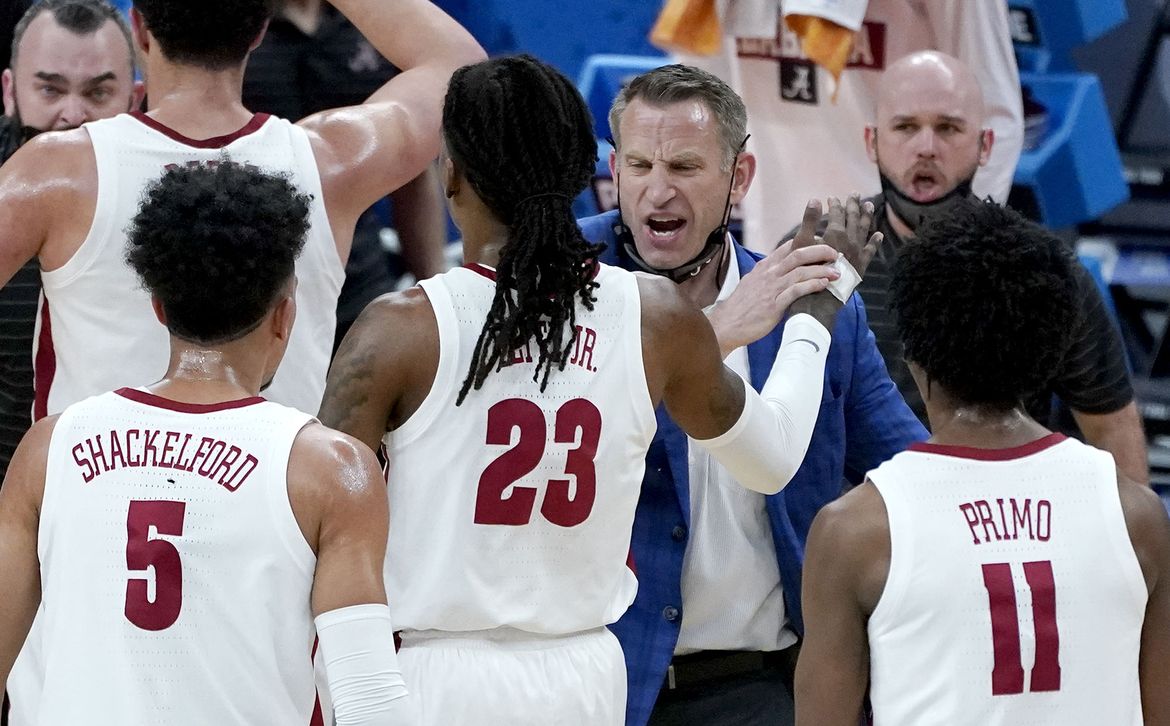 Gonzaga: Hey, the Battle in Seattle is back. Thanks Mike Roth. It’s a nice parting gift for Puget Sound Zag fans. The Bulldogs will face Alabama Dec. 4 in the remodeled Climate Pledge Arena’s first college basketball game. For more, check out Jim Meehan’s story. … Chet Holmgren had another well-balanced game at the U19 Worlds. Jim has that story as well. … Elsewhere in the WCC, Damon Stoudamire left the University of Pacific yesterday, moving to the Celtics as an assistant coach. The Tigers moved quickly and hired former Idaho head coach Leonard Perry to take Stoudamire’s spot.

UFC: A couple of Spokane-based fighters will square off in the “Ultimate Fighter” TV series. Ryan Collingwood has more in this piece. 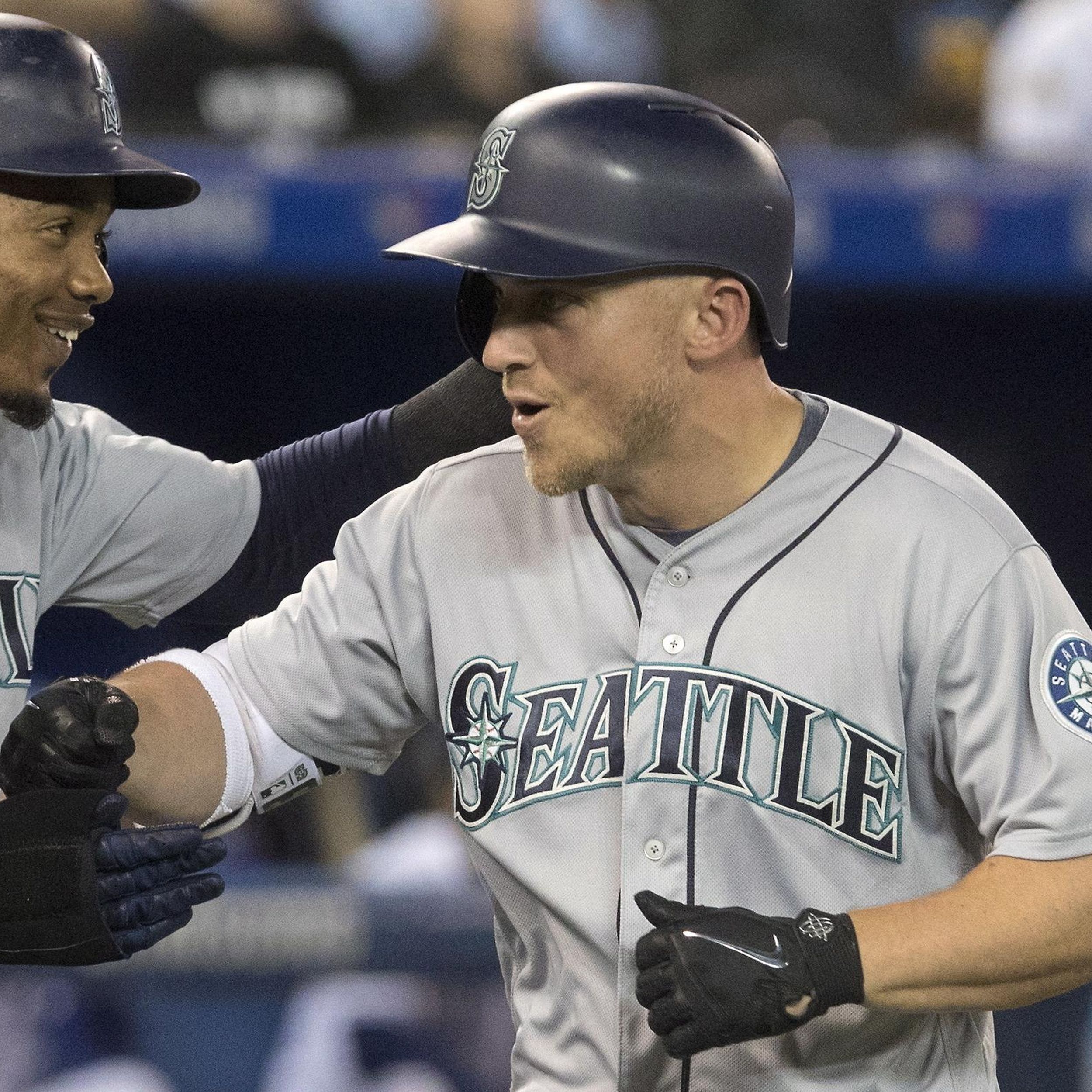 Mariners: Is it fitting that Kyle Seager’s major league career turned 10 years old Wednesday and the M’s lost 5-4 to the New York Yankees. Yes, there is something appropriate about it. … All-Star Yusei Kikuchi struggled in the loss. … Justus Sheffield won’t make his next start. He’s on the injured list.

Seahawks: Their second season is important for any NFL draft pick. That’s certainly the case in Seattle now.

Sounders: After 13 matches, Seattle has yet to lose. The Sounders won 2-0 against Houston at Lumen Field last night, setting an MLS mark for the best start to a season.

Storm: Seattle strengthened its hold on first place with a 71-62 win over Los Angeles and Las Vegas’ loss to Phoenix.

Olympics: No, the Sha’Carri Richardson controversy isn’t the only one for these Olympics. There is a COVID-19 one as well. And that’s worse.

• One last reminder. We won’t be here tomorrow. We have an early morning appointment. Sorry. We will, however, be back Saturday morning. Until then …