A GRIP ON SPORTS • We’re here to look forward. And back. Occasionally sideways. All are in play this morning.

• The Cougars are on the road today. They play in the warmth of Tempe, Arizona (game time temp: 81 degrees en route to a high of 86). They also face a Sun Devil offense, with quarterback Jayden Daniels, that can burn up the turf at times. And a defense that attacks everything. 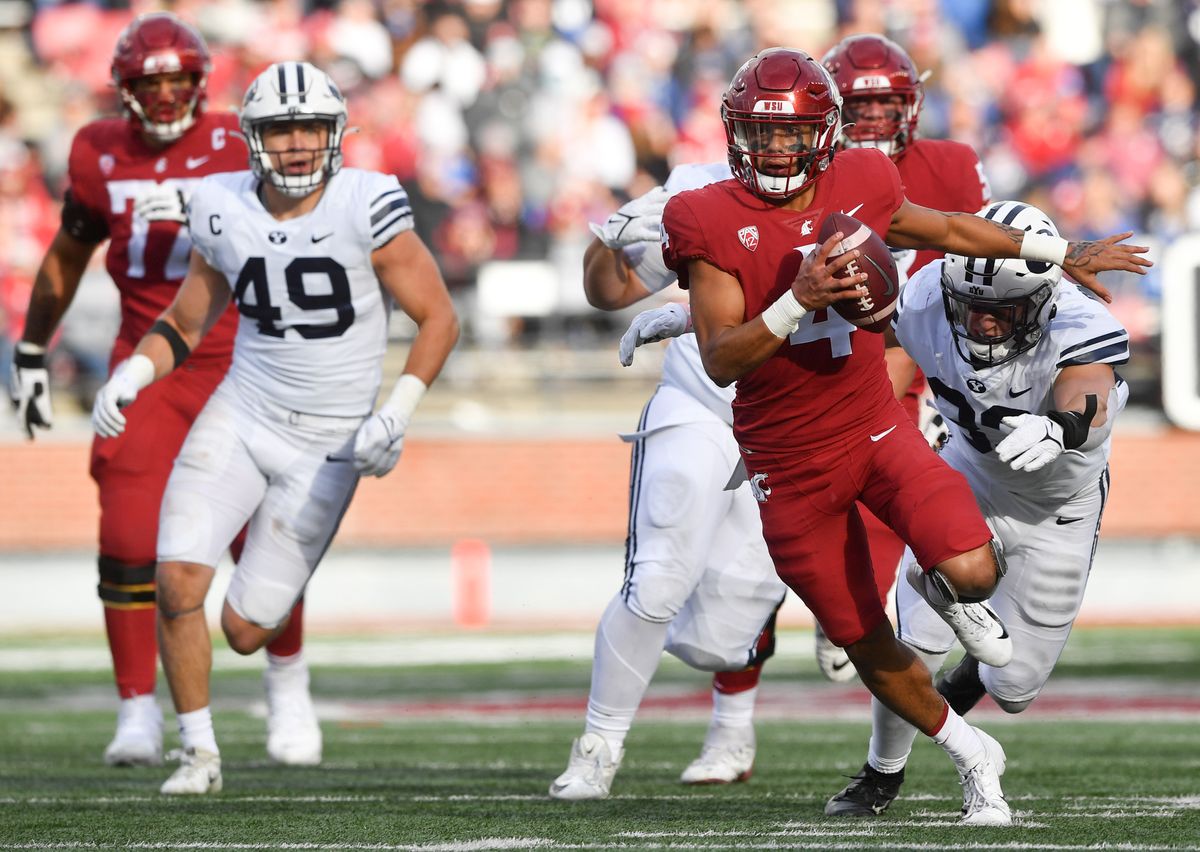 What does that mean? Winning a fifth game, and a fourth in Pac-12 play, will be tough.

So how do the Cougars defeat Arizona State (5-2, 3-1)? A 600-yard passing day from Jayden de Laura would help. Then again, Luke Falk’s series-record 601-yard day in 2014 still didn’t lift WSU to victory. How about a 240-yard rushing effort from Max Borghi, as Jerome Harrison did back in 2005? Wait, that series-best wasn’t enough to top Arizona State either.

We know. If Jahaad Woods can come up with, say, 20 tackles, then the Cougars will win. We guarantee it. After all, when Anthony McClanahan did just that against ASU in 1992, the Cougars won. And that highlights the key to today’s game.

The Washington State defense has to play at its best. We know Arizona State’s will. ASU’s group leads the Pac-12 in scoring and total defense. It also averages three sacks a game – de Laura better be ready to move – and has held teams to 14 points or less five times.

With that in mind, don’t expect a shootout. Expect another low-possession, high-intensity game. Sort of like last week, when a couple special team errors cost the Cougars. 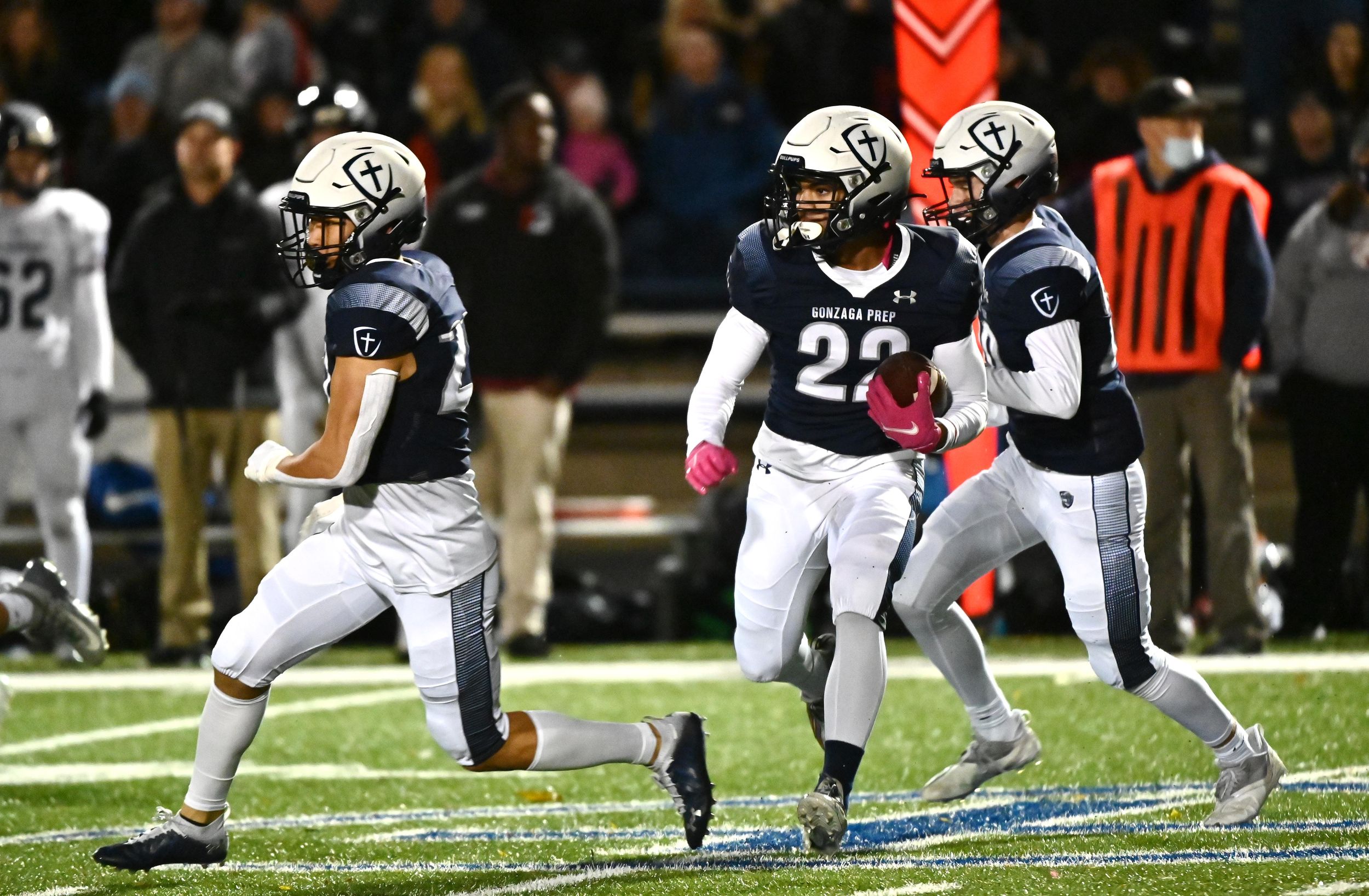 • As long as I’ve lived in Spokane, Gonzaga Prep football has been among the best the Greater Spokane League has to offer. It was that way when Don Anderson was head coach. Same with Dave Carson. And now under Dave McKenna.

The Bullpups are undefeated once more. They finished the regular season that way last night, defeating Mt. Spokane 28-20 to ensure it. Now the question becomes can G-Prep win its fourth 4A State title – and can McKenna win his second to equal Anderson?

We’ll find out starting next weekend, when the GSL teams play crossover games with their counterparts in the central part of the state for berths.

• College basketball kicks off this weekend with a few exhibitions. Actually, it began last night. Idaho hosted Evergreen State College and, behind Mikey Dixon’s 22 points, won 73-56. And it also began at Whitworth, where Carroll College visited and pinned a 73-55 defeat on the hosts.

Sunday, top-ranked Gonzaga plays host to Eastern Oregon – no, the Zags will not lose, even if Mark Few isn’t on the bench – to round out the exhibitions. Real games start next week. 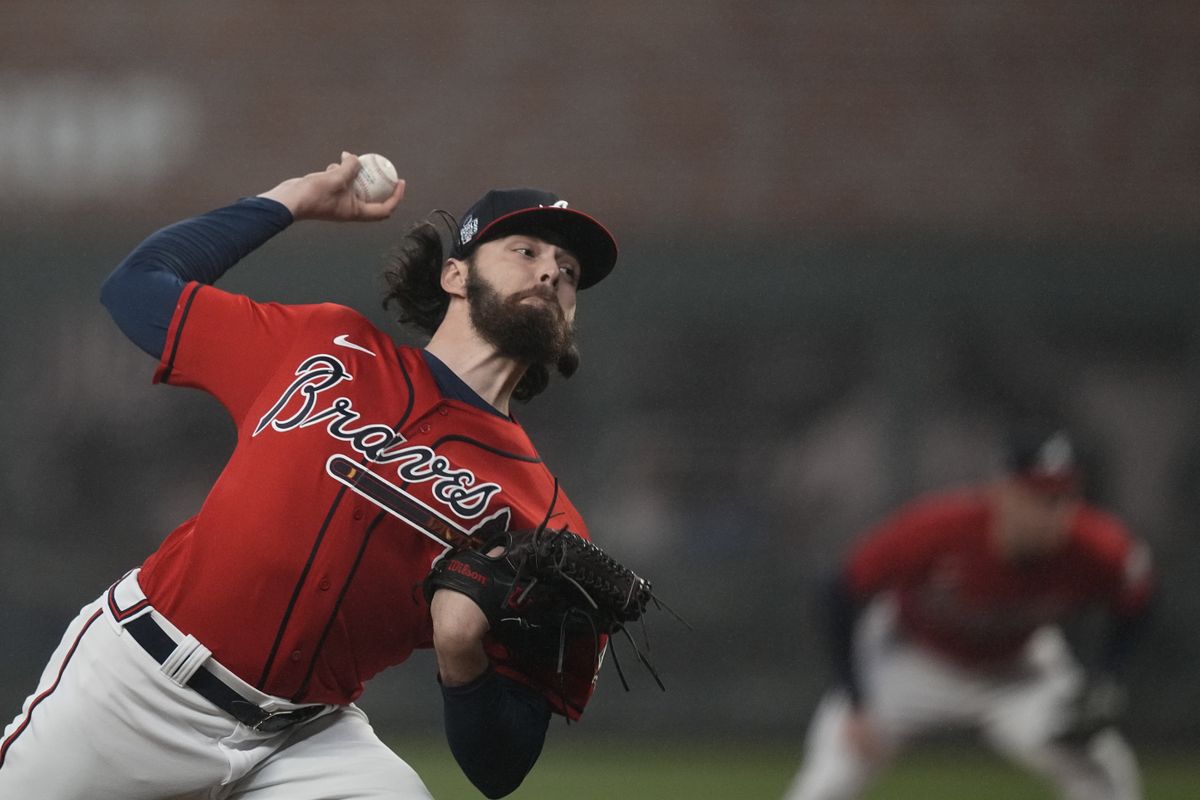 • We peeked in occasionally at the World Series action last night. Or should we say, thanks to overpowering Atlanta pitching, non-action. For a long time it looked as if we would see the second no-hitter in World Series play. Though it wouldn’t have been perfect, as Don Larsen’s was back in 1956, it would have been just as interesting. Maybe even more so, as it was being crafted by a trio of pitchers, not just one.

The Astros ended up with two hits. No runs, though, and Atlanta has a 2-1 lead in the Series. 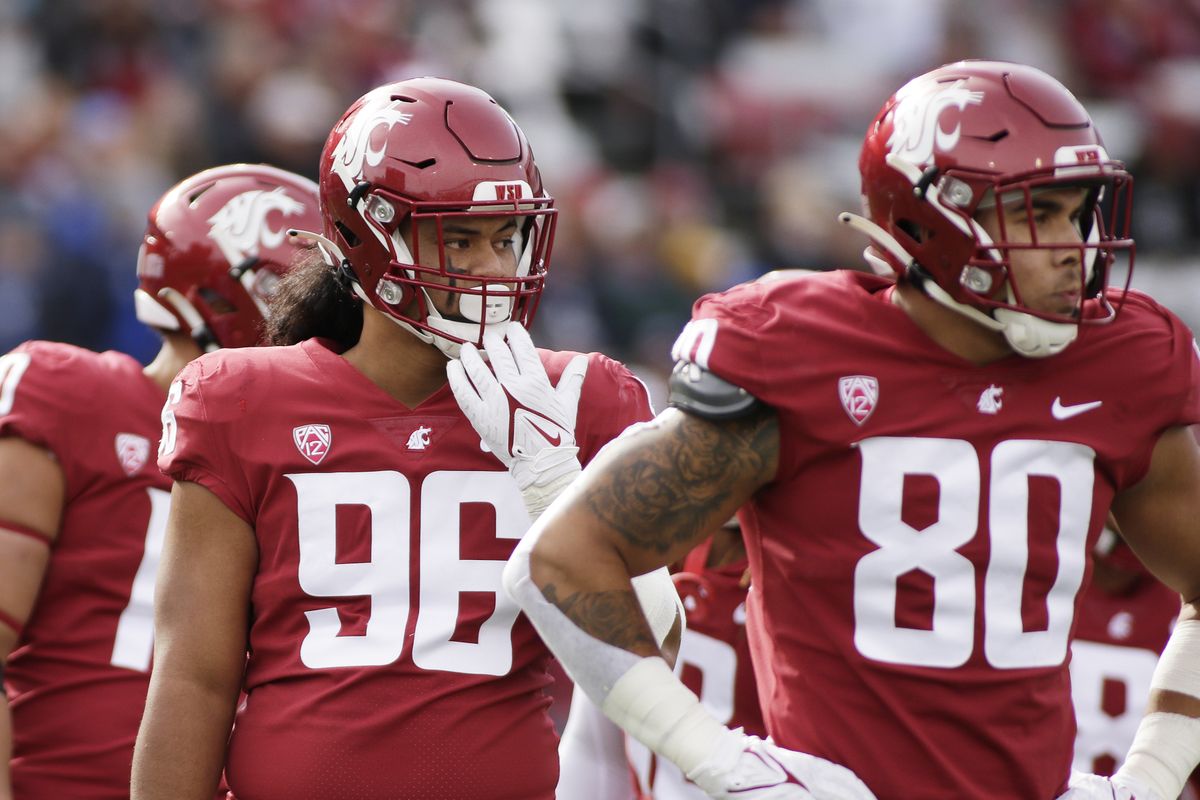 WSU: Usually we link three things on Saturday mornings. We start with Colton Clark’s preview of the game. We have that today. And then we share his pick and his two-minute drill. The latter two items were available yesterday, so we linked them then. We’re not going to do it again today. You’re just going to have to find them yourself. It’s the principle of the thing. … I saw those angry looks. Here is the two-minute drill and his pick. … I’m not sure this basketball preview story isn’t part of a larger group of them, but Colton has it on the web so we will link it. … Arizona State is still in the midst of the South race, so today’s game means a little extra for the Sun Devils. … Elsewhere in the Pac-12 and college football, Jon Wilner has some fun in the Mercury News today at most teams’ expense. Do you see WSU as a Milky Way? … Wilner also posts his mailbag. … Washington travels to Stanford tonight and the Huskies’ secondary should receive its toughest test of the season thus far. … Oregon State is tied atop the North standings. To stay there, the Beavers will have to hold off California, which is coming off its first conference win, and its mobile quarterback, Chase Garbers. … Oregon will win today. The opponent is Colorado, so that’s a given. But can the Ducks score enough glamour points to keep their lofty ranking? … The big question around Westwood is whether or not Dorian Thompson-Robinson will play. Utah expects the UCLA starting quarterback to be on the field. … The South-leading Utes have their own issues to work out today. … Can USC do what its fans expect and blow out winless Arizona? If not, there will be even more angst among the Trojan faithful, if that is even possible. … The Wildcats have a punter who can do more than just send footballs into orbit.

Gonzaga: The Zags men and women finished second in the West Coast Conference’s cross country championships. Chuck Stewart has that news as part of his college cross country roundup. … Around the WCC, Pepperdine is going on the road for its exhibition game with Division II Point Loma. That is unusual. … BYU held an intrasquad scrimmage yesterday. 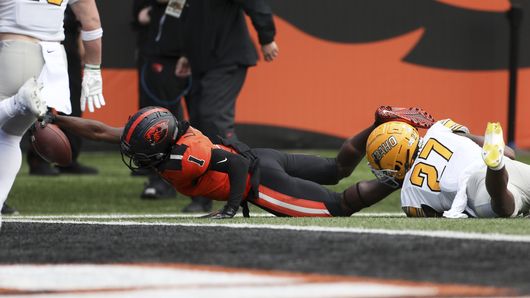 Idaho: The Vandals will have to end the season with a four-game winning streak it they want to finish above .500. Peter Harriman has a preview of the first of those four games, as Northern Arizona comes to Moscow this afternoon…. Around the Big Sky, Sacramento State is undefeated and will face a Northern Colorado group that is hungry for another win. … Montana hosts Southern Utah for the final time in conference play. … Portland State welcomes Cal Poly to the Rose City. … In basketball news, a new-look Idaho State team is about ready to begin its season. … Montana is utilizing a former Idaho standout.

Whitworth: Before last night’s exhibition game, Larry Weir spoke with the voice of the Pirates, Bud Nameck, for the latest Press Box podcast. 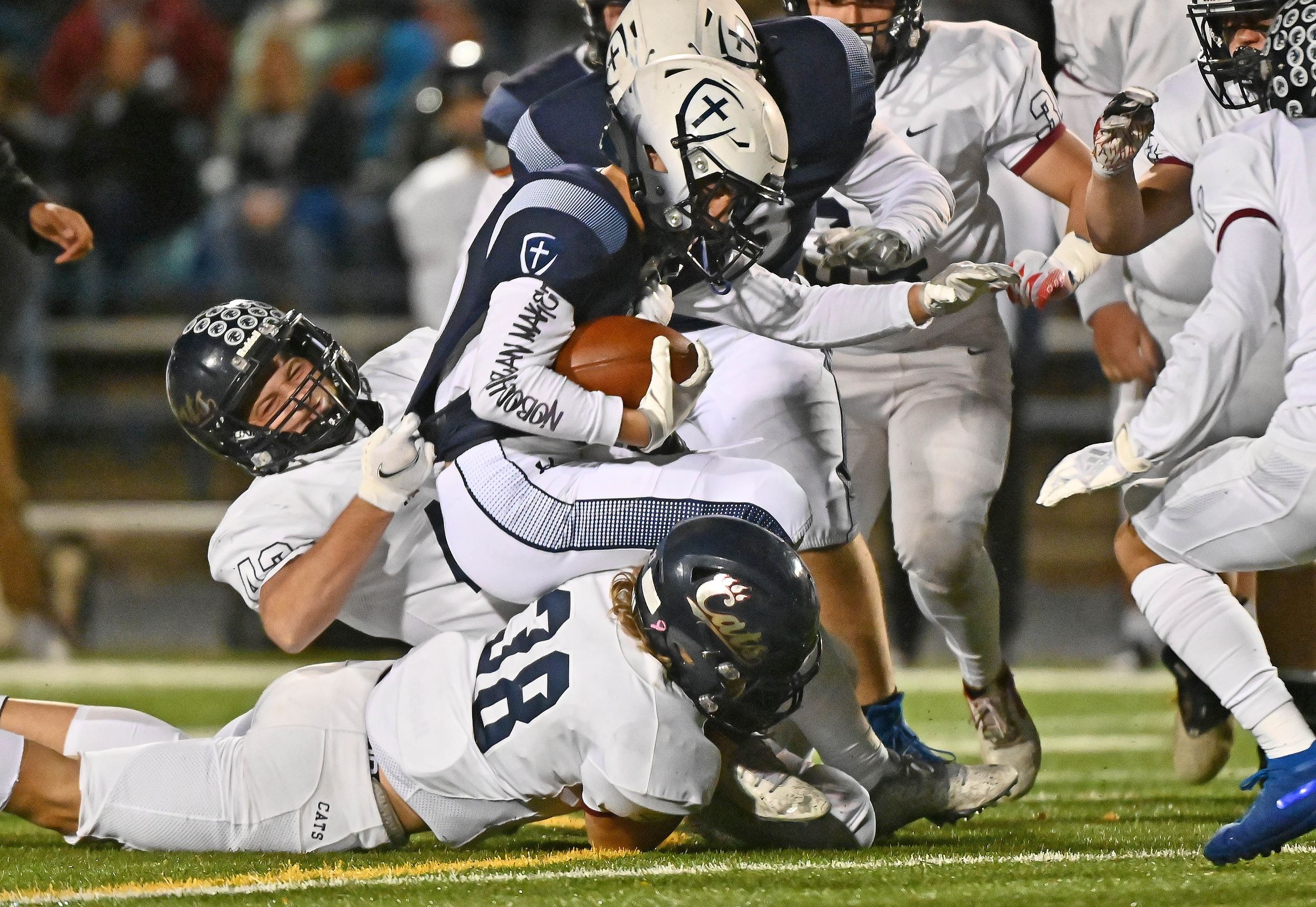 Preps: Of course Dave Nichols was at G-Prep last night for what was a de-facto GSL title game. He has this story while James Snook adds a photo report. … Steve Christilaw covered Mead’s must-win game last night as the Panthers topped Lewis and Clark 21-17 and made the 3A postseason. … Dave has a roundup of the rest of the football action as well as the State slowpitch softball tournaments.

Chiefs: Seattle came into the Arena and handed Spokane a 4-1 loss. Kevin Dudley has the game coverage. 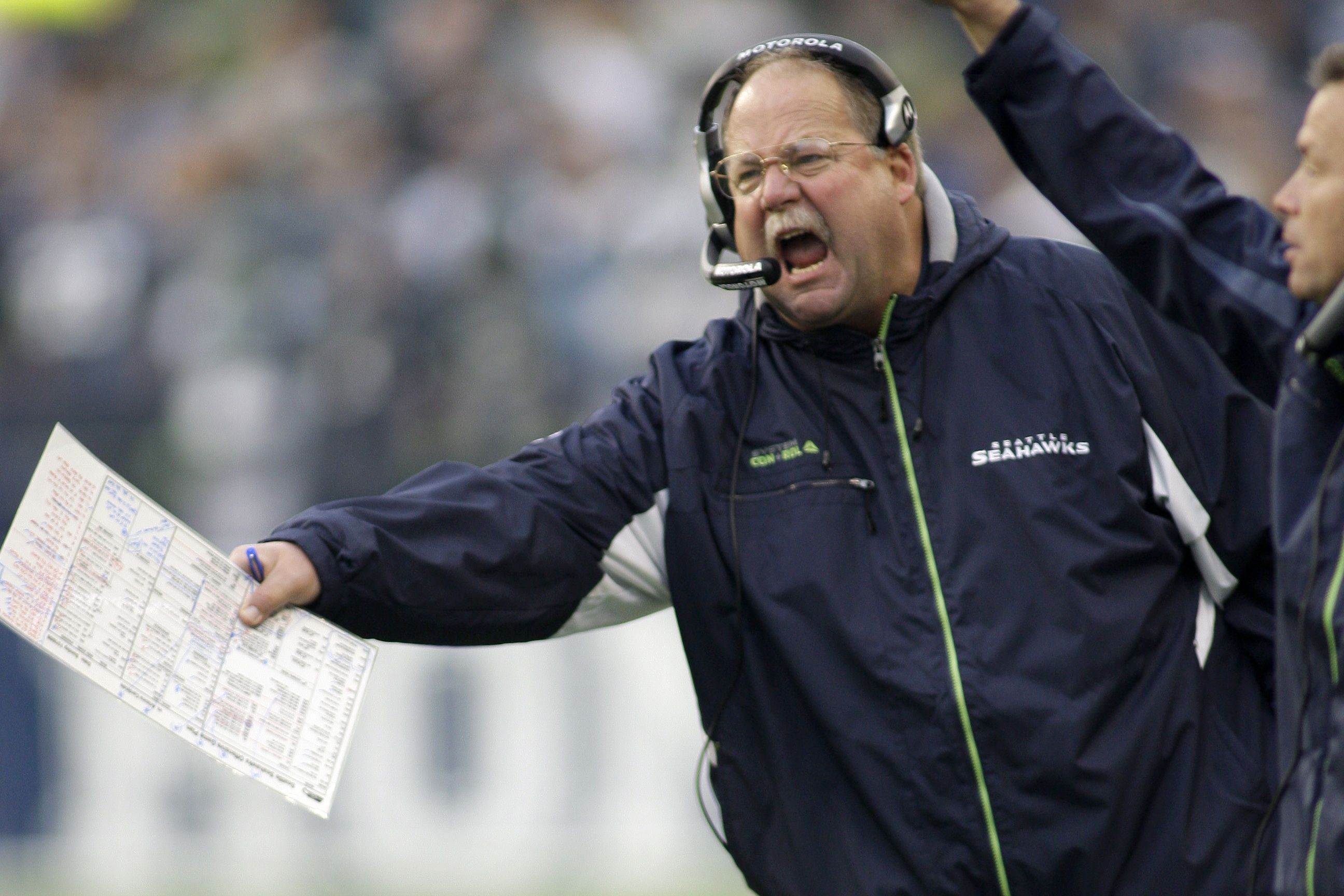 Seahawks: Though Russell Wilson is ahead of schedule – whatever that means – in his healing process, it doesn’t look as if another injured Hawk, Chris Carson, will play at all again this season. … Tickets are plentiful on the secondary market for Sunday’s game. … Mike Holmgren is going into the team’s Ring of Honor. Maybe its time for his induction into pro football’s Hall of Fame, huh? … The Hawks still haven’t solved their cornerback issues.

Mariners: There is a Hank Aaron connection with both World Series teams.

Kraken: Climate Pledge Arena has lived up to its hype.

Sounders: Seattle may have two of its biggest weapons on the pitch together for the first time this season Monday night.

• We’ll be back here this afternoon with our TV Take from the WSU game. With the same two broadcasters from last week’s game on the call, we’ll spend more time examining what happened and less on how they described it. At least that’s our plan anyway. Until later …