By Nina Culver For The Spokesman-Review

After Melody Barker and Natalie Olinger found themselves lost multiple times at Dishman Hills Natural Area, they decided a create a solution themselves.

Their work making the Spokane Valley forest a less confusing place to recreate was one of numerous works from local students recognized by the Chase Youth Commission this week.

After discussion with the Dishman Hills Conservancy Group, which agreed to provide the screws and washers needed for the signs, Barker and Olinger got two grants and raised money to buy hundreds of markers, with a specific color and shape for each trail so that hikers would know where they are. Signs went up on the main trail last fall, and the remaining markers will be installed this spring.

Friends, family and teachers packed the Martin Woldson Theater at the Fox on Thursday night to find out who among the dozens of nominees would be awarded a 2022 Chase Youth Award. The prestigious awards are given out annually to children and teens who have made a difference in the community through their actions. 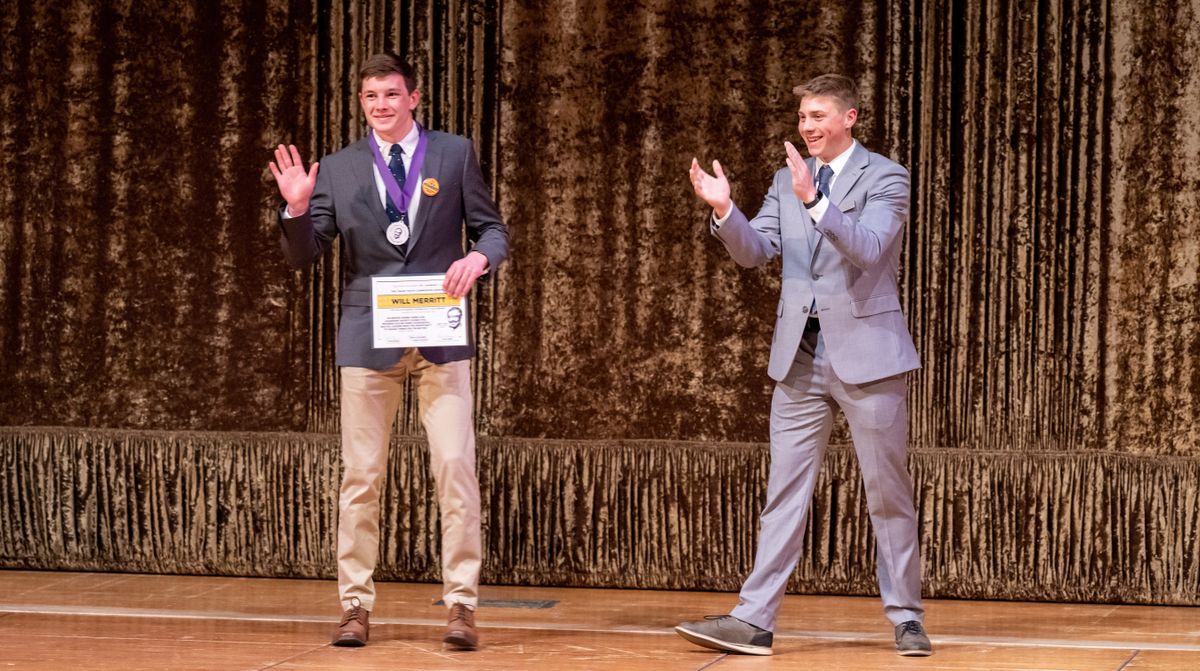 The awards recognized community service, compassion, cultural awareness, arts and creativity, innovation, leadership and personal achievement. The awards, which have been handed out every year since 1986, are named after former Spokane Mayor James E. Chase, who was a champion for youth.

The gathered crowd listened as the reason for each award was explained, then responded with loud cheers and applause to every winner.

An award for compassion went to Kenadie Hunt, a student at Arcadia Elementary School, for her courageous actions after a car crash involving her grandmother and sisters. As her grandmother was trapped in the car, Hunt got her two sisters out of the car and used her grandmother’s phone to call 911. She got a stranger to help her grandmother until paramedics arrived.

“We proudly nominate her as a young person Jim Chase believed his young citizens would become, an incredible young leader of compassion who gave her all for her family,” her nominators wrote.

Karsten Olson, a student at Lewis and Clark High School, won an award for innovation. He has been a dedicated mentor and tutor to engineering students at Sacajawea Middle School. He set up 3D printers and a laser cutter, creating a state-of-the-art engineering space.

The winners came from all over the county, attending public and private schools. Only one award, the James E. Chase Award, was given to an adult. Adam Gangelhoff, a teacher at Shaw Middle School, was recognized for his work as an Associated Student Body adviser and leader in the school’s Character Strong program.

“Adam is motivated by doing the right thing and creating a culture of love, where students and staff collaborate with hearts at peace and a willingness to help each other,” his nominator wrote. “Shaw would not be where we are today if not for Adam Gangelhoff.”