A GRIP ON SPORTS • There seems to be a pattern this spring. Whenever the weekend features a major sporting event, there is rain in the forecast. Maybe the new person at the government in charge of the weather is a sports fan. And she just wants to sit and watch the Belmont.

• Yep, it’s time for the third and final leg of horse racing’s Triple Crown. The last day in 2022, seemingly, when the average person cares even a smidgen about the sport. That’s not even true much anymore. So rarely is one horse trying to win the crown that the Belmont, the grueling 11/2-mile run in New York, often passes into the history books with more of a squeak than a roar. 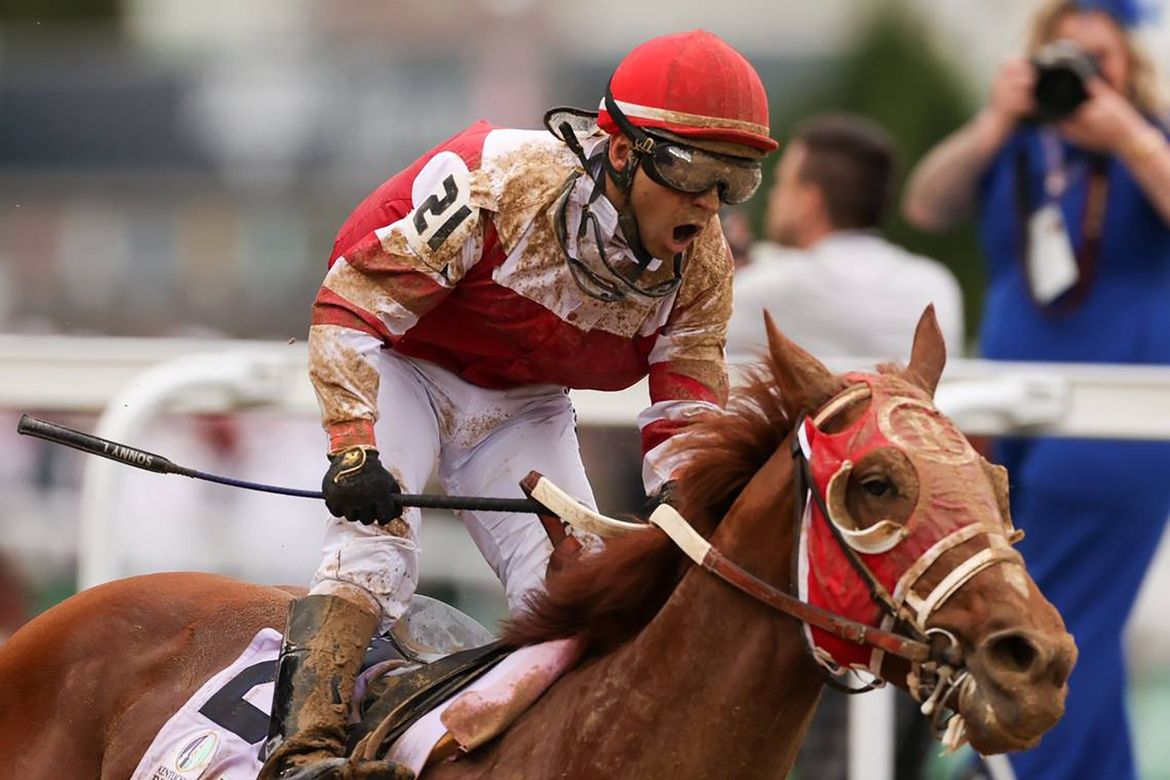 That will probably be the case Saturday – post time is scheduled for 3:49 PDT on NBC – what with the first two races won by the longest of longshots (the Derby) and a late add (the Preakness). The only way this Belmont garners much attention is if the filly, Nest, wins. After all, there have only been three fillies to win the race since just after the Civil War. Yep, in 1867 Ruthless won, followed by Tanya in 1905 and, most recently, Rags to Riches in 2007.

Nest is 8-1 this morning, so it might be worth carving out a couple minutes tomorrow to see if she can become the fourth of her gender to win.

• There are two sporting events today involving teams from Boston, one that interests the national sporting community and the other that only excites the Northeast and Northwest corners. 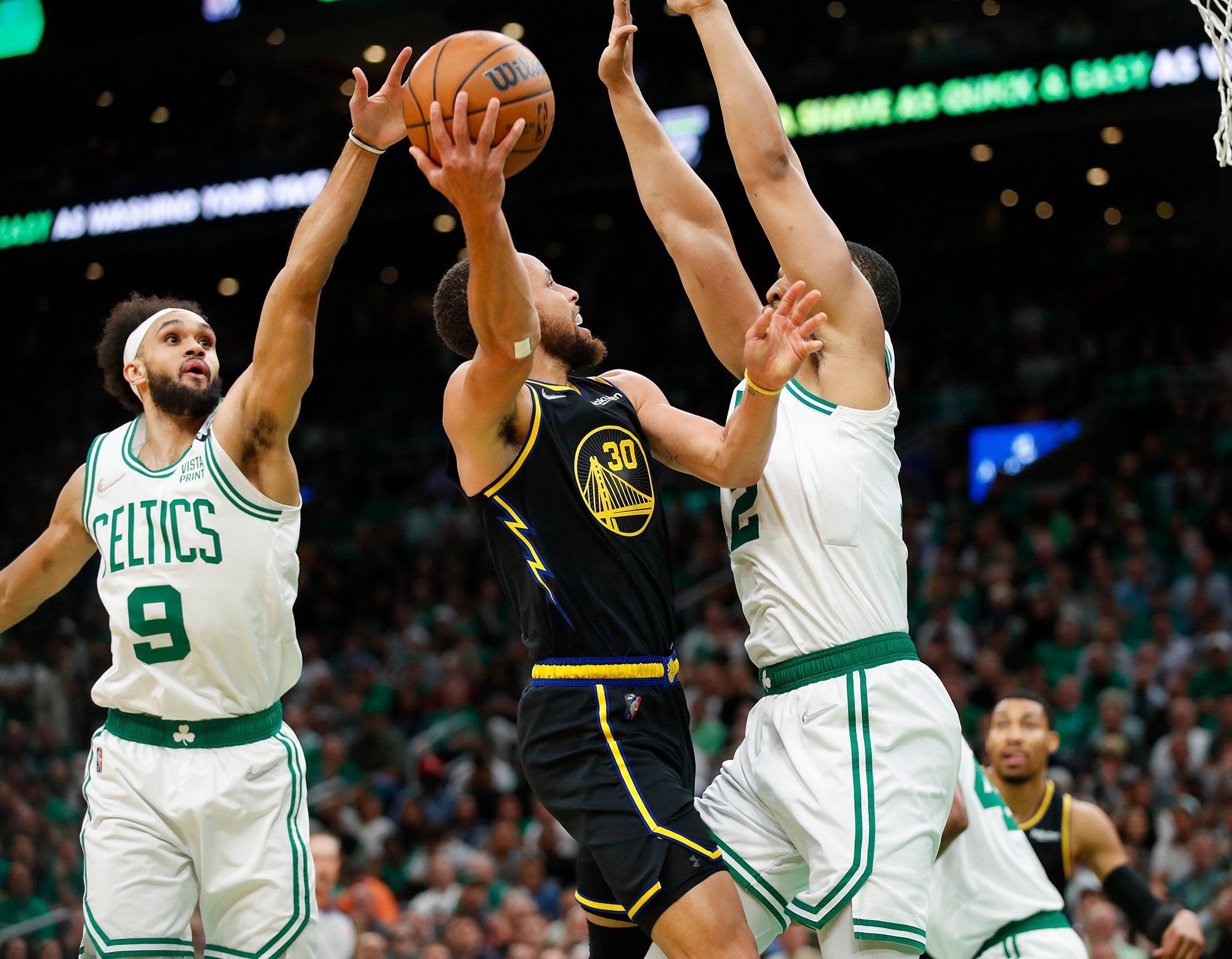 The national event is, of course, game four of the NBA finals. The Warriors, and Klay Thompson, will have to pick up the intensity and physicality if they want to even the series at two games apiece. It won’t be easy, what with the Boston fans on a high after the Warriors complained about their language. As if that would damper the invectives coming from the not-so-cheap seats.

Up here in our little corner of the world, the Red Sox visit, which means T-Mobile will be filled with overweight folks wearing David Ortiz jerseys, drinking beer and telling everyone within earshot they grew up in Revere and have worshiped the Sox since 1992.

We all know different, don’t we? Most Boston fans joined the tea party when the Sox swept the Cardinals in 2004, ending nearly a century-long drought.

The teams play night games tonight and Saturday as well as a 1 p.m. game Sunday. It would be a good weekend to be in Seattle – or to sit in front of the TV. 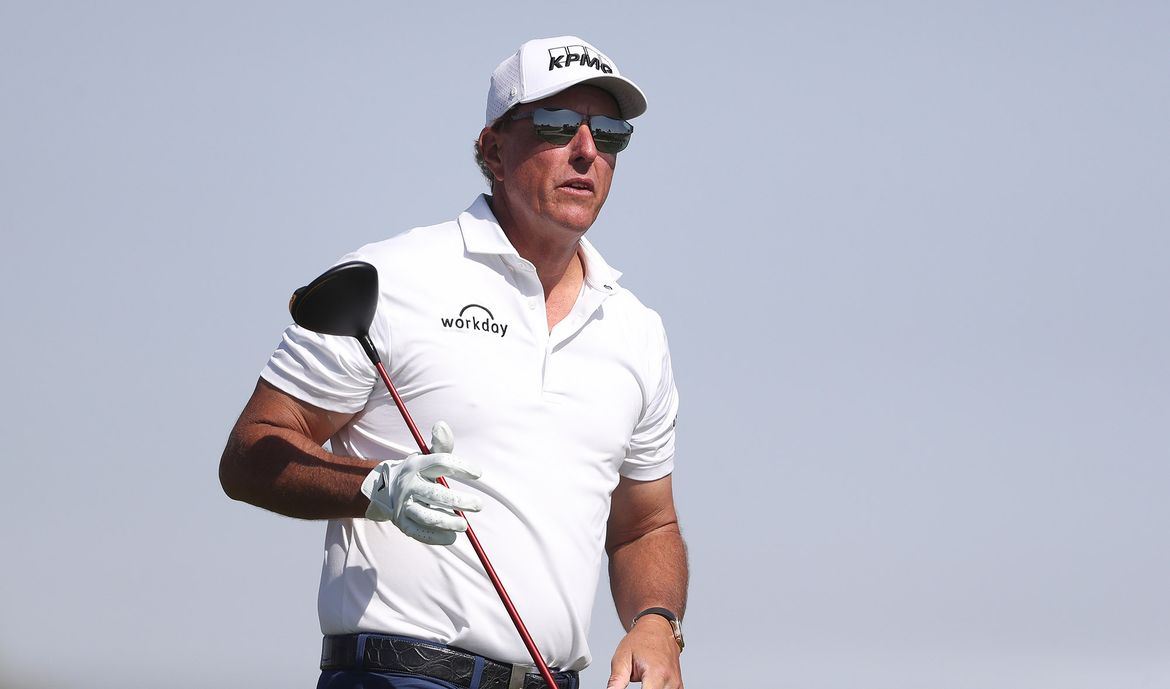 • If you want to express solidarity with the millionaires on the PGA Tour – as opposed to the new billionaires on the upstart Saudi-backed golf league – you can watch the RBC Canadian Open on CBS. The final round is Sunday.

Or you can watch a bunch of millionaires in the making, as college baseball holds its Super Regionals this weekend, with half starting the best-of-three series today and the rest Saturday. ESPN, as one would expect, controls those events.

Or, if you still care about hockey, the two-time defending champion Lightning will try to close out New York on Saturday night. ESPN will broadcast it, starting at 5. Of course we are rooting for the Rangers. We don’t want Tampa Bay to win the title after cutting loose Spokane’s Tyler Johnson last offseason.

We are a bit vindictive that way. And support our Spokane brethren. 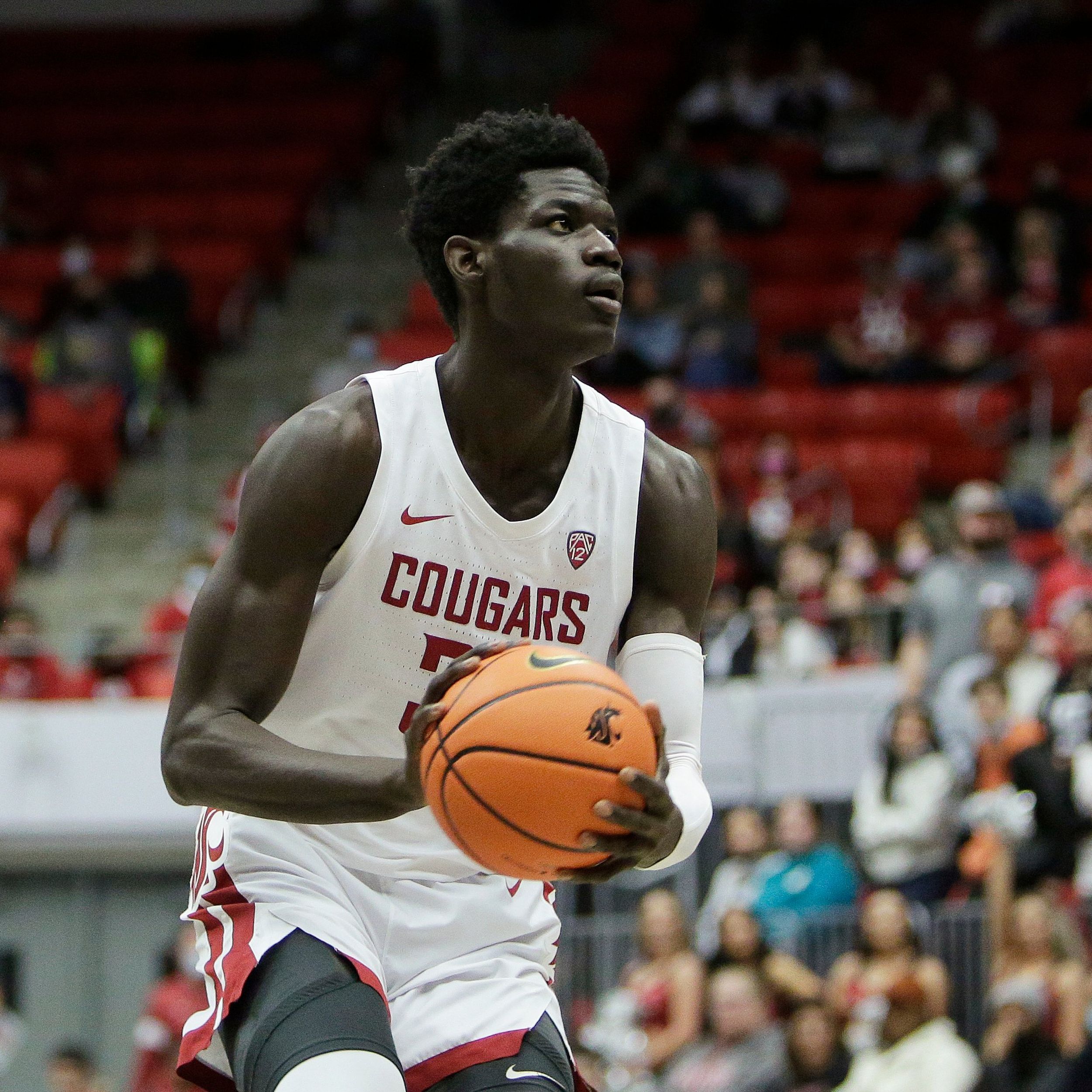 WSU: This past week was good for the Washington State and UW basketball teams. Jon Wilner acknowledges that in this S-R column. … He has more on what happened during the past few days in this Mercury News column. … Elsewhere in the Pac-12 and college sports, USC’s athletic administration lost a key piece this week. … In football news, June is about recruiting everywhere, including Washington. … Oregon players have a couple new NIL possibilities. … Arizona State’s hardest hitter also has success off the field. … Sun Devil fans would like to see the athletic director shown the door. … If the conference decides to drop to eight games, would there be enough decent nonconference games available to make it viable? … In basketball news, an Oregon signee is not headed to Eugene. With all the transfers and players staying, Dior Johnson is going elsewhere. … Colorado’s Tad Boyle has picked up another part-time job. … Arizona’s regents approved Tommy Lloyd’s new contract. … The Wildcats also added a player to their roster. … In baseball news, resilient Oregon State is ready to host Auburn in its Super Regional. 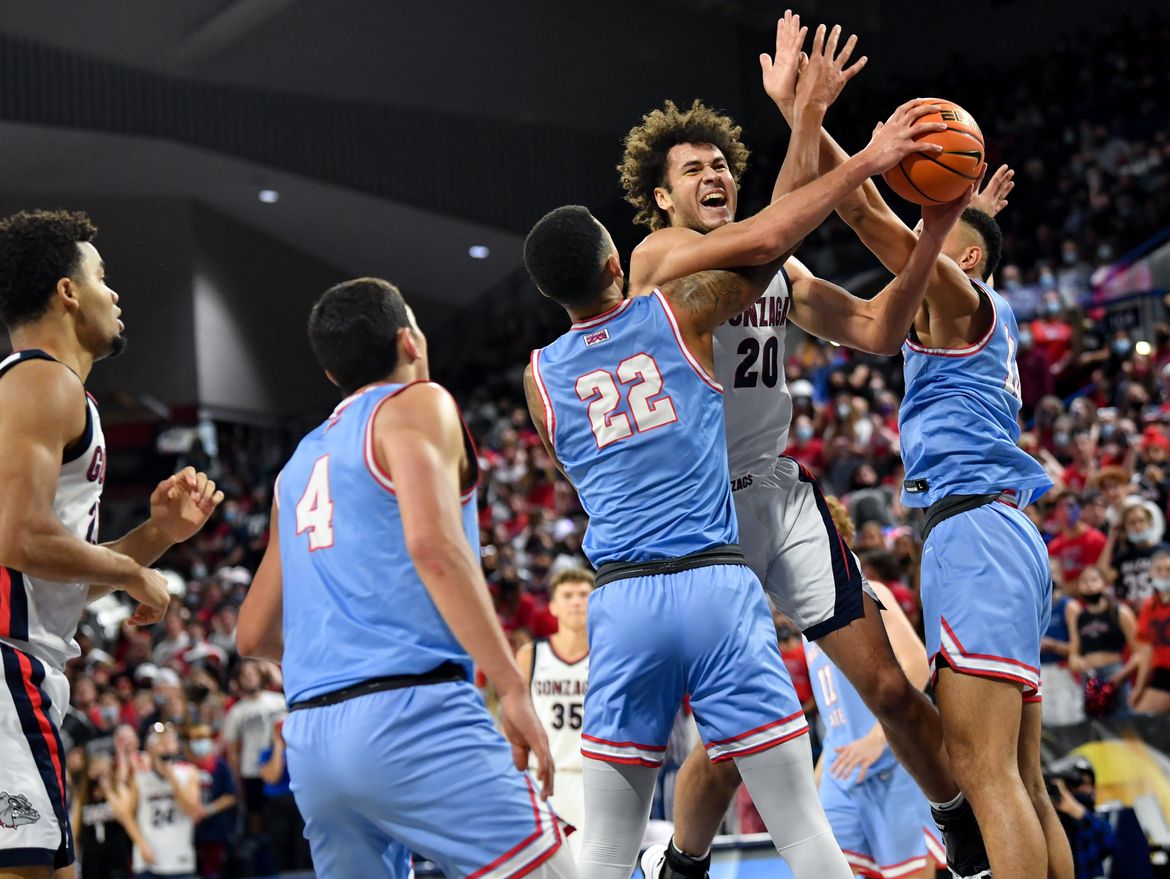 Gonzaga: Kaden Perry’s back wouldn’t let him show what he could do last season. Or, in some cases, even let him move around much. As Jim Meehan’s story tells us, he’s had surgery, feels better and hopes to be back on the court in the near future. … The Zags will reportedly begin their season Nov. 7 at home against South Florida. Theo Lawson has more on the news that leaked out yesterday. … Elsewhere in the WCC, coach Mark Pope’s career featured a lot long before he got to BYU.

EWU: Cooper Kupp has a lot of “thank yous” to pass along. About 75 million of them.

Indians: The trip to Eugene has not only come up empty thus far, it’s been a series in which Spokane has lost three games late. Dave Nichols has this story on Thursday night’s 6-5, 11-inning loss. 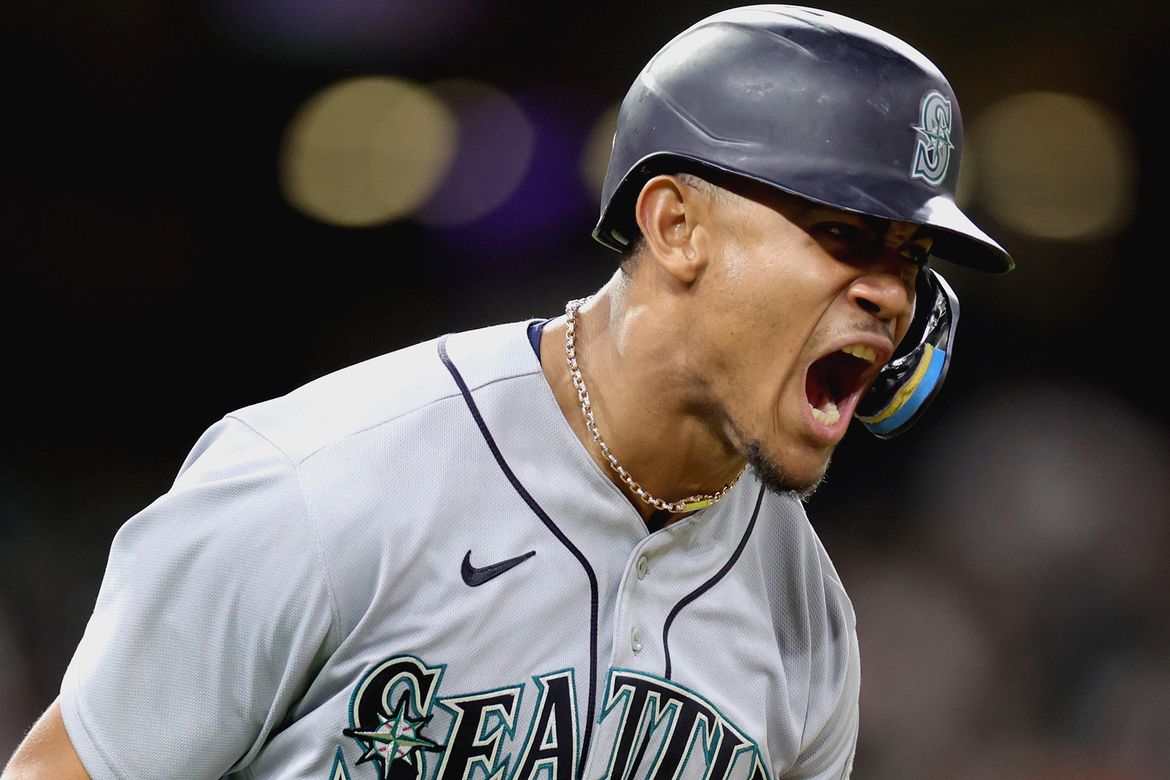 Mariners: Larry Stone lays out why the “big, teeming plate of questions and puzzles” that is Seattle is still in the postseason hunt. And always has been. … The M’s certainly have the Astros’ attention. … Throwing out the first pitch tonight got ESPN’s Mina Kimes’ attention.

Seahawks: Pete Carroll spoke with the media yesterday about a bunch of subjects. The highlights? DK Metcalf’s absence, which Carroll said surprises him. Chris Carson’s health, which isn’t good. And the quarterback battle. … Others have their thoughts on the minicamp as well.

Storm: A third of the way into the season and Seattle has a few areas of concern.

Kraken: Seattle signed a Finnish forward to a two-year contract.

Golf: After we wrote about the LIV tournament yesterday, the PGA Tour released a statement announcing anyone who was playing in it was suspended from the Tour. That means they can’t play in tour events (including the Ryder Cup, President’s Cup and PGA Championship) and lose their chance at the Fed-Ex Cup. There is a battle on folks.

• We didn’t watch it, mainly because we knew it would happen, but Oklahoma won another softball World Series last night. There is no greater dynasty in college sports right now. Until later …