The blanket of snow covering much of the Inland Northwest that led to icy roads Monday is forecast to linger with cold, dry conditions projected for at least a week.

Now the overnight temperatures are poised to fall into the teens for more than a week.

“The snow that we got this morning will probably be the most significant precipitation that we see for the next seven to 10 days,” Koch said. 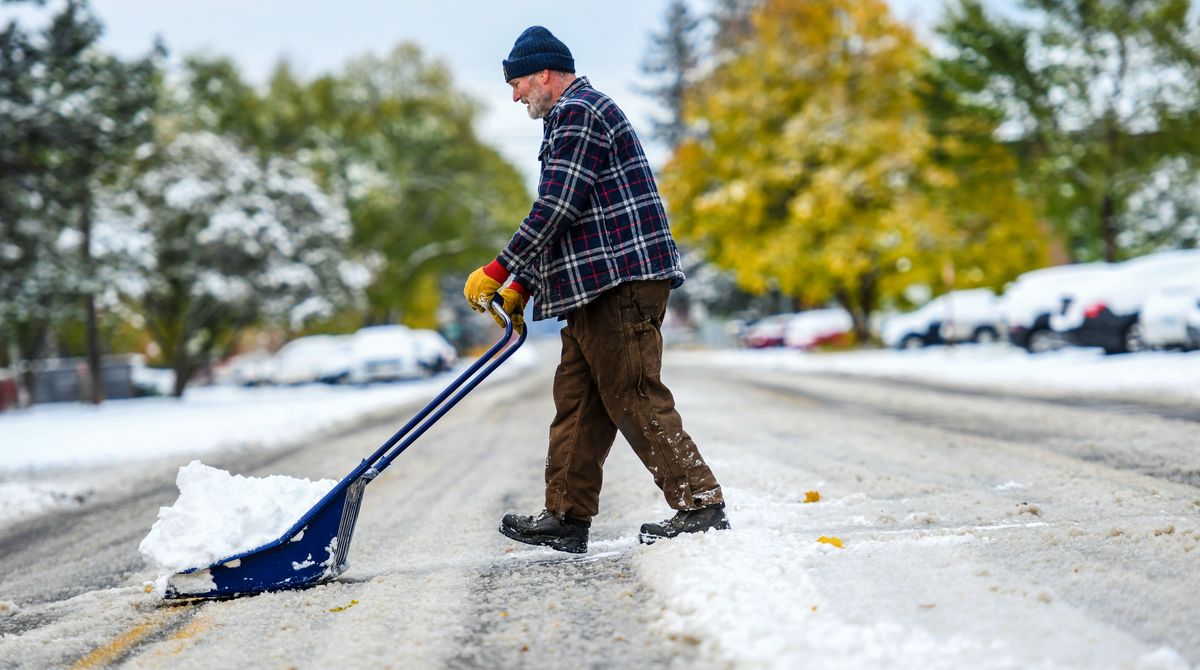 “These shovels are the best,” said Roy Steele as he shovels snow near his Post Falls home on Monday. (Kathy Plonka/The Spokesman-Review)

Spokane city crews plowed the streets Monday, focusing on primary arterials, hills, schools and hospital routes. Crews will work into the neighborhoods throughout the week, said city spokesperson Kirstin Davis. With thawing and refreezing possible, some main roads may need further attention as trucks sand and pretreat them.

Temperatures were expected to drop overnight to 15 degrees Tuesday morning at the airport. With 10-15 mph winds, the windchill could be down to single digits.

Untreated side streets have the potential to refreeze, Koch said, while main roads that were plowed and had a chance to dry out during the afternoon “will probably be just fine throughout tonight and into tomorrow.”

The weather caused multiple accidents across the region, including a multivehicle crash that blocked a northbound lane of U.S. Highway 395 at the Wandermere bridge on Monday afternoon.

There were 46 collisions on state highways and roads in Spokane County as of Monday afternoon, the Washington State Patrol told KHQ. That does not include streets within the city of Spokane.

For the rest of the week, temperatures are expected to range from low teens in the mornings to around 30 degrees in the afternoons. The weekend might bring a slight moderation to the mid-30s Saturday and Sunday.

“We’re not looking for any rapid warm up any time soon,” Koch said.

It is forecasted to be colder than normal across the Lower 48 next week, he added.

Snow depth ranged from about 2-6 inches across the metro area.

The weather service received reports of 1.6 inches on the lower South Hill and 6 inches in the Dishman Hills, Koch said.

Many school districts announced two-hour delays as a result of the storm.

There were still 25 active outages in the region, mostly in northern areas, affecting 803 customers Monday evening.

“We will continue to monitor the situation and crews will continue working around the clock until the last customer’s power is restored,” he said.

Vowels also warned to stay clear of downed power lines and to use generators outside.