A GRIP ON SPORTS • Time begins today. Baseball starts. That is all.

• Stop me if you have heard this before. No, don’t. The sun is shining, the air is crisp and you have to face up to the fact the boys of summer resume their never-ending game throughout the nation today. 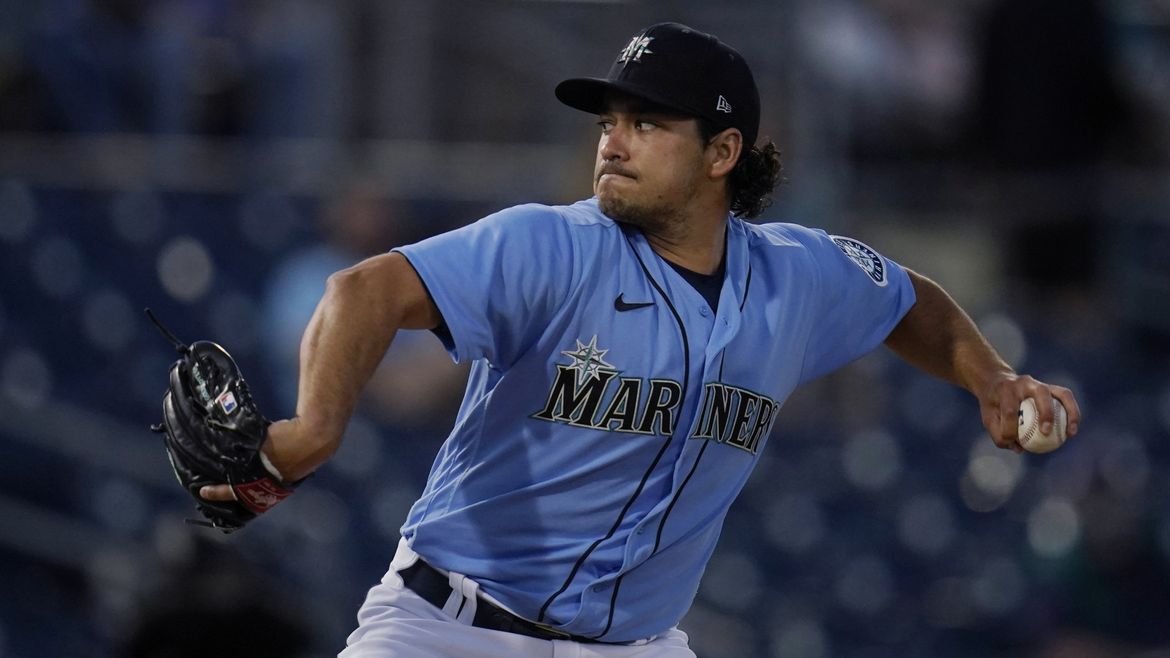 Every field is a field of dreams. Dreams of a World Series title. Dreams of leaping catches, rising heaters and balls driven to deep confines of the stands.

Who cares if those stands are not filled due to, well, you know. Put that behind us. The vaccine for your winter blues has, is and always will be a shot of baseball. It is our pastime and, despite its issues, it is not yet past its time.

Oh, sure, the game has problems. Every professional sport does. But Opening Day isn’t the right time to delve into them. Today is about celebration.

That crocus out front? It popped up to see if Marco Gonzales can continue to pitch at the same high level as last season.

That’s what we all do in April. We poke our head out the door and listen for the crack of the bat. It’s almost like the dinner bell on a Montana ranch in 1895. Hear it and everyone comes a runnin’.

My TV will be on today, though the first game, Toronto at the Yankees, is the type of scheduling that makes my blood boil. Kick off the season with New York? Gag me. I’ll wait until 1 p.m., when the World Champion (uppercase for emphasis) Dodgers begin again. They are in Colorado, where it is expected to be 67 and sunny. Good enough for April 1. Or May 1, actually.

It’s going to be a lot cooler than that in Seattle, where Gonzaga’s finest will take the hill for the M’s. Intellectually, we all know this is another rebuilding year in Seattle, the 21st consecutive by one reckoning, but that doesn’t matter. Not on Opening Day.

Every team that crosses the white lines today has a dream. It ends with a trophy held high in the air. And confetti reigning down.

It’s a dream renewed, just like the baseball season itself.

• The Inland Northwest has a dream as well. Its dream will be either fulfilled much sooner. By late Monday night we will know whether Gonzaga has done what no one has done in 45 years. 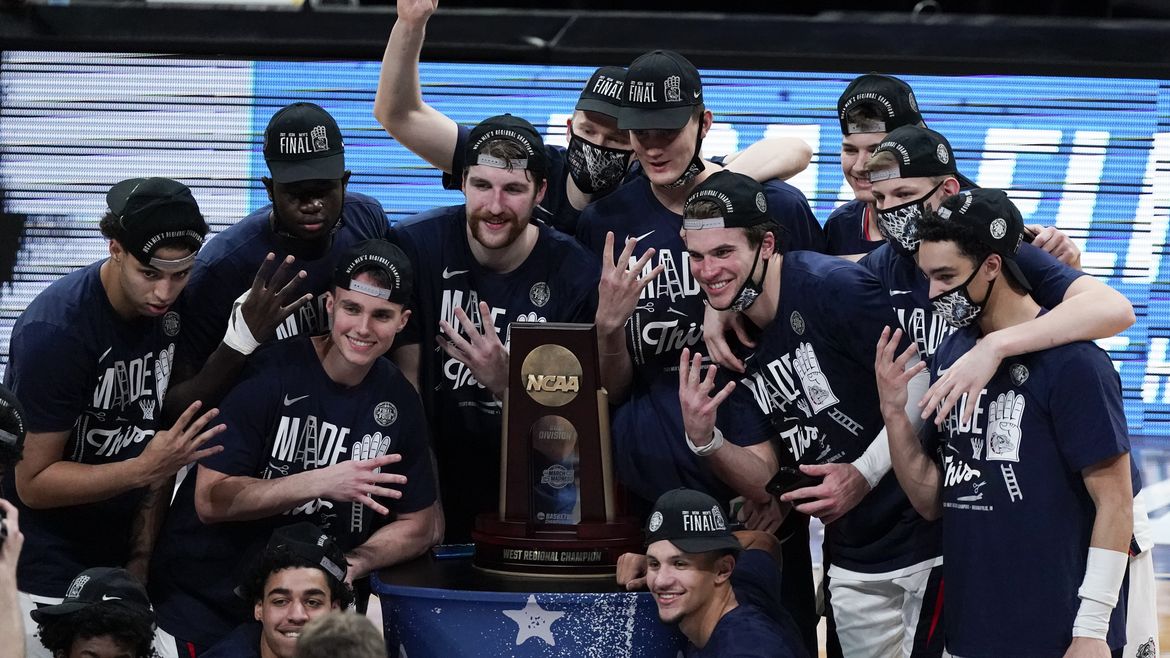 Will the Bulldogs end this weird college basketball season undefeated, NCAA champions covered in confetti and accolades? Or will the bubble burst a game or two short?

Before we find out, be prepared for an onslaught. The nation’s hype machine is running 24/7 and will only pick up speed if the Zags win Saturday night. We’re a small cog in that machine, of course, about as important as the nut that holds your car’s license plate in place. But we’ll be here for you, passing along what we know and what we wished we knew better.

Headlining that latter area is any sort of certainty about the weekend’s results. We have known. The Zags are the best team but the best team doesn’t always win the NCAA Tournament. There are no best-of-seven series here. It’s just one game every time. You don’t have to be the best every day, just one day.

It’s what makes it so much fun, and, at the same time, so agonizing, to watch.

It’s an important spring, of course, after COVID-19 stole so much away from everyone in 2020. It’s a chance for Nick Rolovich to exhale and slowly teach his team the finer points of his offense and the defense. It’s a chance to discover who has come through the year from hell bigger, stronger or in need of assistance. And it’s a chance for freshman quarterback Jayden de Laura to take a big step.

Oops, that last one has to be put on hold a while. Though it will happen.

See, de Laura made a mistake in the offseason. He’s paying for it with a suspension, one that is still ongoing. He won’t be participating in the first practice today. Rolovich would not commit to a date when he would be.

Good. Being a college football player is not just about being a better player. This is, despite all appearances, the NFL. It’s a time for the young men in the program to develop skills for life. (I know it sounds sappy, but it’s true.) Many of the best lessons are learned after mistakes. (I know it sound stupid, but it’s true.) A few missed spring practices is a small price for a better life.

Even if it doesn’t feel that way at the time. 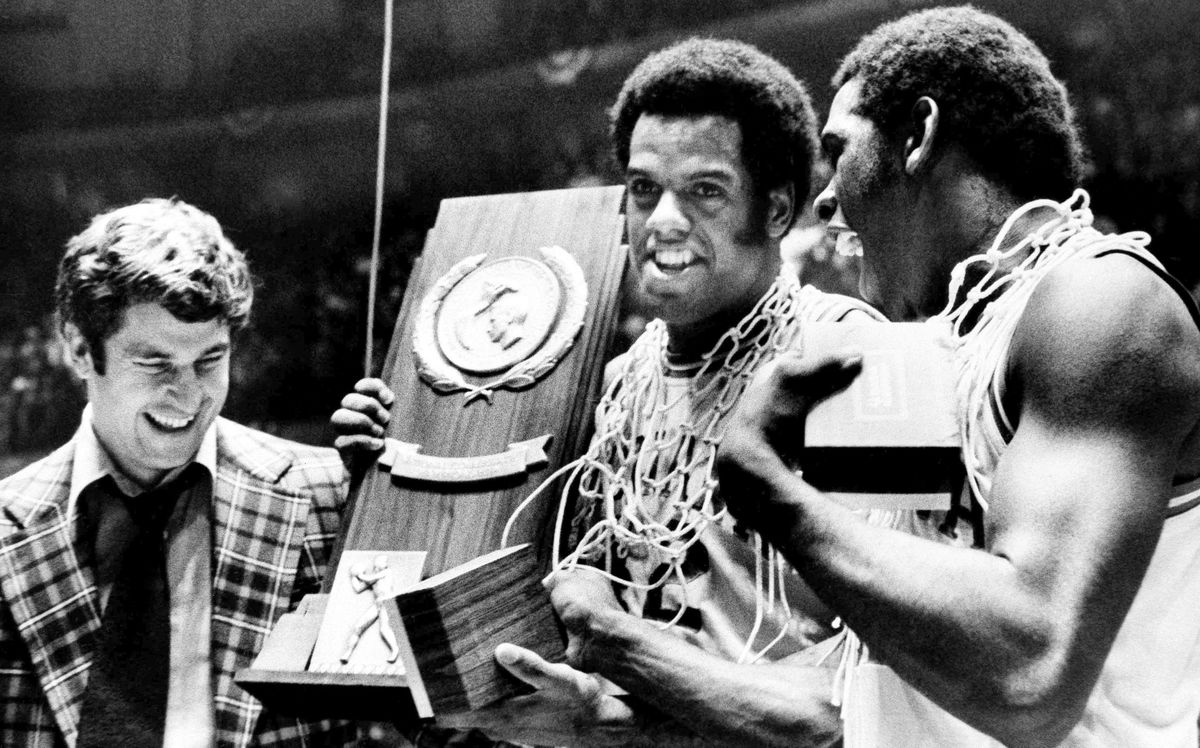 Gonzaga: More than enough attention is paid to recruiting. It is important. But so is player development, as GU has been proving for years. John Blanchette looks at two of the Zags’ stars and their journey from seemingly lost freshmen to the Final Four. … Jim Meehan talked with members of the 1976 Indiana team and found them remarkable supportive of Gonzaga’s championship quest. … Villainy is a thing in college hoops. It’s been perfected by Duke, but if the Zags win their next two games, they may ascend to such heights. Ryan Collingwood examines the view from Indiana and Duke grad Nico Portuondo looks at it from Spokane. … One of the knocks on Gonzaga from outside the program is the school is not turning out NBA stars. There are a few people who would disagree with that assessment. Theo Lawson checks in with them. … Larry Weir checked in with our friend, KXLY’s Keith Osso, for the latest Press Box podcast. … UCLA and Houston have been fun stories, but most basketball fans just want to see Gonzaga and Baylor play in the finals. Elsewhere in the WCC, the number of BYU players in the transfer portal rises to four. The Cougars will be rebuilding their roster. 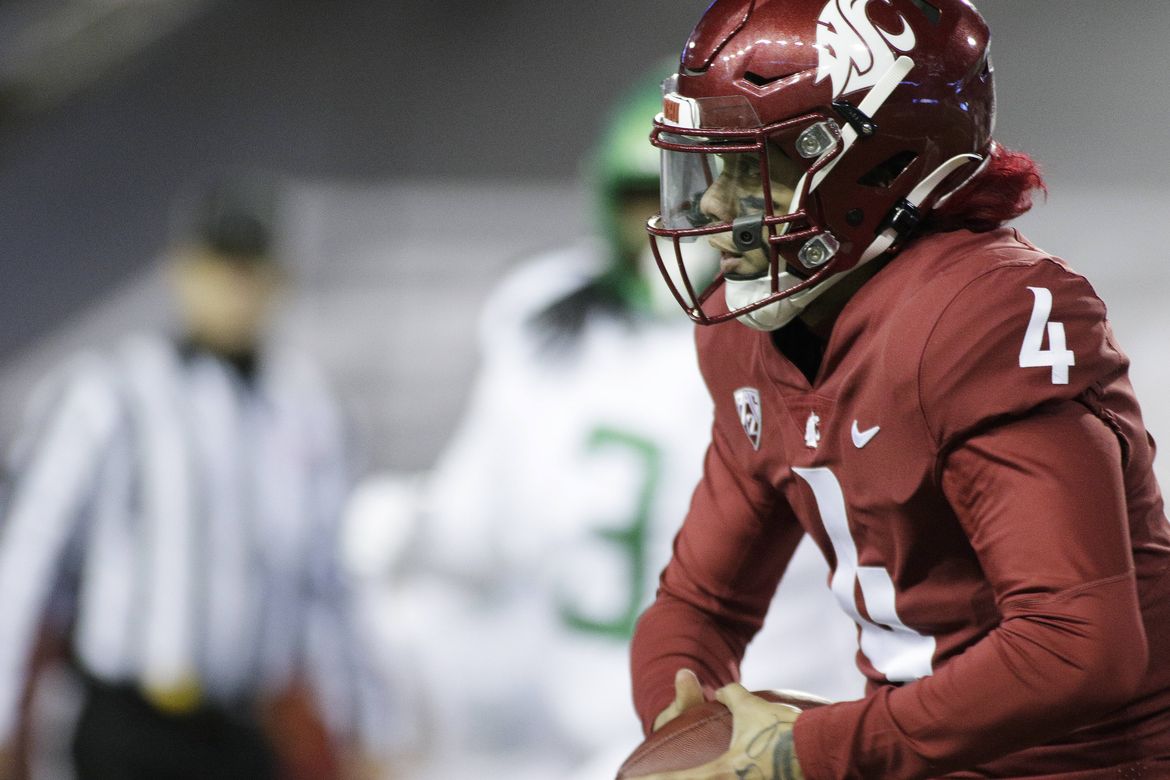 WSU: We mentioned his absence above and Theo has a story on de Laura not available as spring practice begins. He also lays out the spring schedule. … Thanks to its athletic director staying put, Washington State is on the rise. … Around the Pac-12 and college basketball, UCLA is a bit shorthanded, but the Bruins are still playing. … Evan Mobley and USC made their mark this season. … So did Ethan Thompson and Oregon State. … Stanford’s Zaire Williams is done after one year. … In the women’s tournament, Stanford and South Carolina have a lot of connections, starting at the top. … Arizona helps make history as it faces Connecticut. … In football news, the new transfer rules are impacting every program. … There are a lot of questions surrounding the Oregon position groups on both sides of the ball. … Utah will allow fans at its spring game. … Arizona expects its receivers to block. What a concept. … There is a new energy in Colorado. … Finally, the Supreme Court heard arguments yesterday in the NCAA case. The justices asked a lot of pointed questions of the organization’s lawyer. 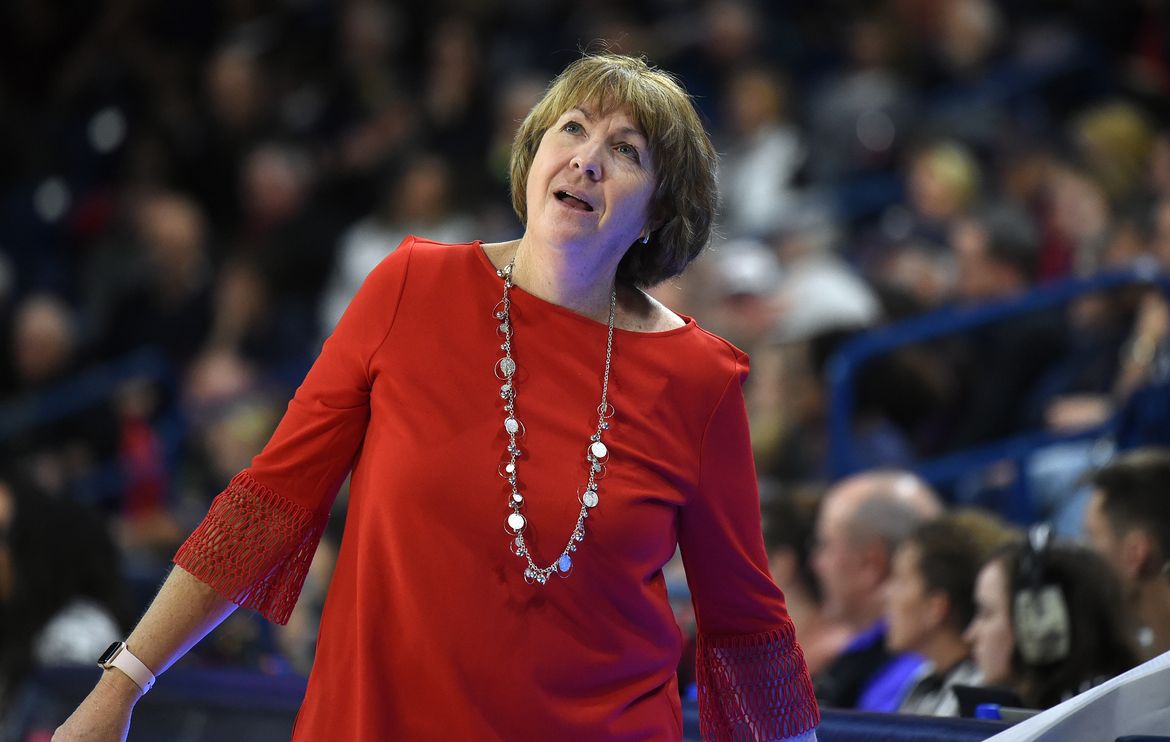 EWU: It doesn’t matter anymore how long a coach has been leading a program, it seems, as the Eagles fired women’s basketball coach Wendy Schuler yesterday. Ryan has the story of the 20-year coach being shown the door.

Preps: It’s a big weekend in prep football, with rivalry games all over the place. Dave Nichols has a preview. … Steve Christilaw takes a look at a Valley battle. … Dave also passes along a roundup of Wednesday’s action.

Mariners: Yes, the season begins today. What will it hold? … Mitch Haniger is eager to find out. … Is the roster appropriate? … Kyle Lewis won’t be available for a little while.

Sounders: Brad Smith has a new hairdo and a new job. … The Sounders are facing a season with multiple questions and not many answers.

• Pomp and circumstance. That’s a big deal right now. We’re talking baseball stadiums around the nation and we’re talking the Final Four. We may not be able to nip the pandemic in the bud, but we sure know how to throw a big event. And aren’t you proud of me? No April Fools’ Day jokes. Nope. I am not a fool. Until later …