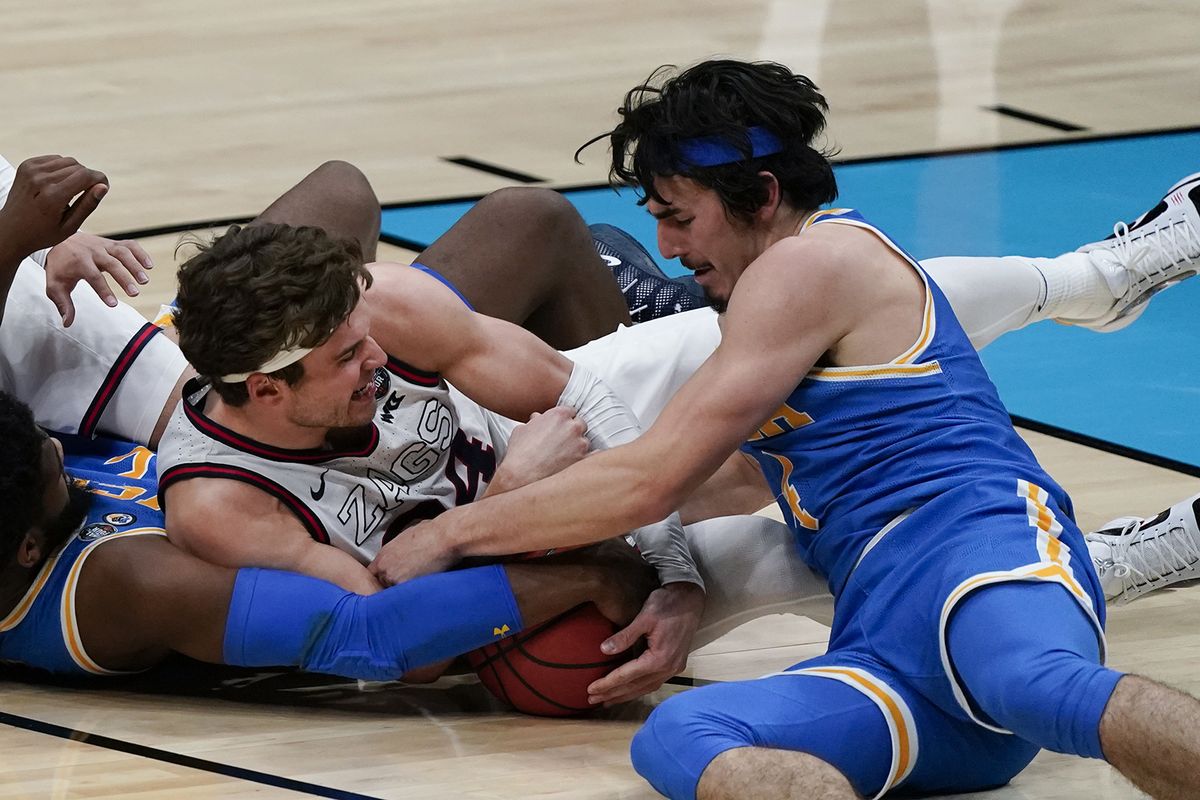 INDIANAPOLIS — Gonzaga’s run in the NCAA Tournament encountered its biggest challenge yet in the Final Four.

Drew Timme scored 25 points and Suggs knocked down a 3-pointer off the backboard as the buzzer sounded in overtime to beat UCLA 93-90, helping the Zags protect their undefeated and record and punch a ticket to the school’s second national championship game.

Gonzaga (31-0), the tournament’s top overall seed, will meet Baylor (27-2), the No. 1 seed in the South Region, at 6 p.m. PT Monday in Indianapolis. The national championship game will be televised on CBS.

The teams that spent most of the 2020-21 season ranked No. 1 and 2 in the regular-season poll were scheduled to meet on Dec. 5 in Indianapolis, but the game was canceled hours before tipoff after two members of Gonzaga’s traveling party tested positive for COVID-19. Baylor advanced to the championship game after a resounding 78-59 win over second-seeded Houston in Saturday’s early game.

Timme went 11 of 15 from the field and had his fourth consecutive 20-plus point game in the tournament, Joel Ayayi had 22 points for Gonzaga and Suggs capped a 16-point outing with the game’s winning shot. Corey Kispert scored 15 points and Andrew Nembhard contributed 11, knocking down a clutch 3-pointer of his own in the extra period.

The Bulldogs overcame a 29-point outing from Johnny Juzang, who entered Saturday’s game as the tournament’s leading scorer. Jaime Jaquez Jr. had 19 points, Tyger Campbell scored 17 and Cody Riley added 14 to go with 10 rebounds for the Bruins.

UCLA’s offense surged early and the Bruins went into halftime shooting 57% from both the field (15 of 26) and three-point line (57%). Mick Cronin’s team led by as many as six points through the first 20 minutes and threatened to hand Gonzaga just its fourth halftime deficit of the season.

But Jalen Suggs connected on an elbow 3-pointer and Kispert made a jumper with four seconds remaining to give the Bulldogs a 45-44 advantage. Gonzaga countered UCLA’s strong shooting half with one of its own, making 20 of 35 from the field (57%) and 4 of 11 (36%) from beyond the arc.

Both teams encountered foul trouble in the second half. UCLA’s Jules Bernard picked up his fourth on the first possession and Gonzaga’s Timme came out for a few minutes midway through the half after picking up his third. The Bulldogs’ Ayayi and Suggs spent a good portion of the half with three fouls each.

Gonzaga built its lead to seven points in the second half on a second-chance, stepback jumper from Andrew Nembhard, but Campbell had the next four UCLA points and the Bruins eventually pulled back ahead on Juzang’s jumper. Kispert knocked down a 3-pointer to give the Zags a one-point lead at 75-74, but UCLA fans erupted on the next possession as Juzang knocked down a 3-pointer to make it a two-point Bruins lead.

GU’s Suggs made a crucial block on UCLA’s Riley with two minutes left, but the 6-foot-9 forward returned the favor a few possessions later, denying the Bulldogs a chance to take a lead within the final minute. Juzang was whistled for a charge on UCLA’s final possession in regulation, sending the game to overtime.

Timme set the tone of Gonzaga in overtime, scoring four straight points to make it an 87-83 lead. Riley got a baseline jumper to fall before Nembhard stepped back for a 3-pointer from the top of the arc to make it a five-point lead, Jaquez Jr. hit a 3 for UCLA to cut the deficit to 90-88 and Juzang made a layup to knot the score at 90-90 with three seconds left.

Suggs pushed the ball up the floor on the final possession and the GU freshman released his shot a few feet inside the half-court line just before the buzzer sounded and watched the ball ricochet off the backcourt before dropping through the net.

INDIANAPOLIS – Sometimes we get what we deserve. | Read more

INDIANAPOLIS – Mick Cronin had seen it play out before. Not quite like this. Not when a national championship berth was on the line. Not against a top-ranked team on the verge of college basketball history. | Read more

#Gonzags is onto the national championship. Jalen Suggs is unreal. pic.twitter.com/zvppjqWC8w

One of the best games I’ve seen in a very long time!!

Gonzaga jumped out to a 7-4 lead behind seven points from Joel Ayayi.

Jaquez led the UCLA charge with four of the Bruins next six points.

Johnny Juzang has five points and Tyger Campbell has four for UCLA, which is shooting 7 of 14 from the field.

Johnny Juzang leads UCLA with eight points on 3-of-3 shooting. The Bruins are 10 of 18 from the field and 3 of 5 from 3-point range.

Joel Ayayi has 13 points to lead Gonzaga. Ayayi is 5-of-5 shooting and 2-of-2 from 3, but has been called for two fouls.

Cronin not pleased with last couple of foul calls on UCLA. Watson going to FT line, Zags down 27-25 7:57 left 1st half

UCLA had built a 36-30 edge, its largest of the game, before Gonzaga got baskets from Joel Ayayi and Drew Timme on consecutive possessions.

Johnny Juzang leads UCLA with 12 points on 5-of-6 shooting. The Bruins are 13 of 22 from the field and have made nine of their last 11.

Awesome vision from Timme here, waits for the backdoor cut from Suggs the zips it in pic.twitter.com/qbEwZSN3u8

Gonzaga 45, UCLA 44: The Bulldogs take a one-point lead over the Bruins into the halftime break behind 16 points from Joel Ayayi.

Joel Ayayi leads all scorers with 16pts in the first half 💪@ZagMBB #FinalFour pic.twitter.com/STI9aeyQxk

He dropped 15pts in the 1st half. @UCLAMBB #FinalFour pic.twitter.com/GVBlo2tX1l

Gonzaga got out to a 7-4 lead behind seven points from Ayayi but UCLA controlled the tempo for most of the half. The Bruins built a 36-30 lead with 4:35 to go before baskets from Ayayi and Timme sparked a 15-8 GU run to close the half. Kispert’s basket with 4 seconds left gave the Zags their first lead since 8:33 left.

Both teams are dealing with foul trouble. Timme and Ayayi each have two fouls for the Zags. Jules Bernard has three fouls and Campbell and Jaquez each have two for the Bruins.

Drew Timme has four points for the Zags in the half. He has 12 points and three rebounds.

Not quite as smooth offensively thi half, but even at 52. UCLA’s biggest lead 6, GU’s 3.

He’s got 20pts on a perfect 8-8 shooting. @ZagMBB #FinalFour pic.twitter.com/845kGPYVGd

UCLA’s Cody Riley may be called for flagrant foul while battling for a rebound.

From this angle, it looks like a hook and hold Flagrant 1 against Riley.
GU should have free throws coming pic.twitter.com/37IfzDUKGb

Zags up 69-67, 7:25 left. Kispert going to FT line for two. Offenses showing no sign of slowing down for Zags or Bruins

Joel Ayayi has scored 20 points to lead the Zags. Drew Timme has 17 points and Jalen Suggs has 11.

Johnny Juzang has scored 19 points for UCLA on 8-of-12 shooting. Tyger Campbell has added 15 points and Jaime Jaquez Jr. has 14.

Corey Kispert has nine points for Gonzaga, which is shooting 60%.

Zags up 69-67, 7:25 left. Kispert going to FT line for two. Offenses showing no sign of slowing down for Zags or Bruins

UCLA FOR THE LEAD!

3:54 – Gonzaga 75, UCLA 74: A 3-pointer from Corey Kispert and a shot clock violation on the Bruins has the Bulldogs with a one-point lead at the under-4 media timeout.

Corey Kispert is heating up down the stretch ♨️@ZagMBB #FinalFour pic.twitter.com/DxhmxzkfaZ

0:54 – Gonzaga 81, UCLA 79: A Corey Kispert offensive rebound and put back gives the Zags a two-point lead and UCLA calls a timeout.

Kispert with the big box out and put back. Gamer. pic.twitter.com/amdIIH8mNb

Jalen Suggs made an great play to block a dunk attempt and then assist a Drew Timme dunk on the other end.

0:54 – Gonzaga 81, UCLA 79: A Corey Kispert offensive rebound and put back gives the Zags a two-point lead and UCLA calls a timeout.

Gonzaga 81, UCLA 81: The Bulldogs and Bruins are headed to overtime after Gonzaga is unable to get a shot off before the buzzer.

UCLA had a chance to take the lead, but Gonzaga’s Drew Timme drew a charge on Johnny Juzang.

Timme’s footwork is a work of art. pic.twitter.com/g79weem4GX

All Drew Timme so far in OT — six points, and some smart, careful defense against Jaquez UCLA’s last trip down. 87-83 Zags, 3:13 OT

This evening’s starting 5⃣ for the Bruins.

How far am I from the floor here at Lucas Oil due to protocol?

But it’s all good! #FinalFour pic.twitter.com/ma5BIcV8MN

Gonzaga sophomore Drew Timme on Saturday was named the Karl Malone Power Forward of the Year, according to the Naismith Memorial Basketball Hall of Fame. | Read more

.@ericjedelstein is pumped and reppin’ Spokane to the fullest. pic.twitter.com/A6szG2SJQI

Started in Westwood … and here we are at the #FinalFour in Indianapolis.#GoBruins | #MarchMadness pic.twitter.com/TFWtywOyqp

From the First Four to the #FinalFour, @UCLAMBB will face off against Gonzaga tonight for a spot in the Championship#GoBruins | #MarchMadness pic.twitter.com/wUlIYaSypn

The finish line is in sight.

Jalen Suggs put the country on notice this season as he helped lead @ZagMBB to the Final Four and a perfect regular season.

The @WCChoops newcomer of the year sits down with @DwyaneWade to talk about it all. pic.twitter.com/HkqWRyNwiD

The @FinalFour is BACK!

You know what the goal is.

As has often been the case this season, top-seeded Gonzaga (30-0) faces another clash of styles, pitting its high-powered offense against the methodical, defensive-minded Bruins (22-9). Tipoff is at 5:34 p.m. PT at Lucas Oil Stadium. | Read more

The 6-foot-6, 210-pound Juzang has been a difference-maker in March Madness. He’s the tourney’s leading scorer with 108 points, helped in part by playing in five games. | Read more

John Blanchette: As the NCAA Tournament reaches its crescendo, Gonzaga adjusts to eerily quiet life in the bubble

In their rooms across the street from the towering JW Marriott, the Gonzaga Bulldogs can open their drapes each morning and at least find validation that they’re in a Final Four. | Read more

In preparation for Round of 64 game against BYU, UCLA & Mick Cronin got early glimpse of Gonzaga

Mick Cronin was preparing for UCLA’s Round of 64 matchup against BYU when he inadvertently got a brief look at the team the Bruins would be playing four games later in the NCAA Tournament. | Read more

When Lucas Oil Stadium opened in 2008, the first game in the state-of-the-art facility featured Noblesville High vs. Fishers on Aug. 22, 2008. | Read more 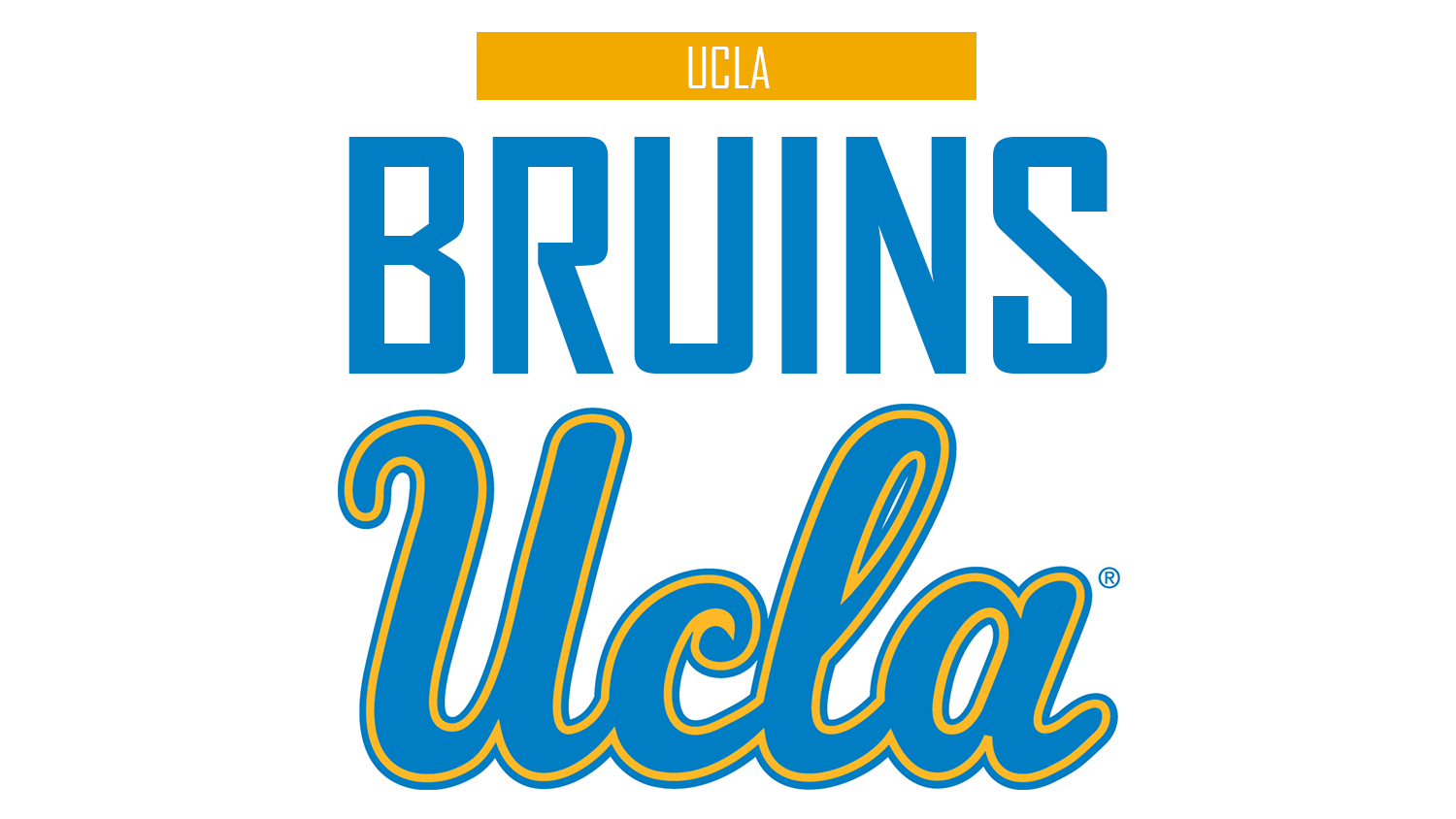 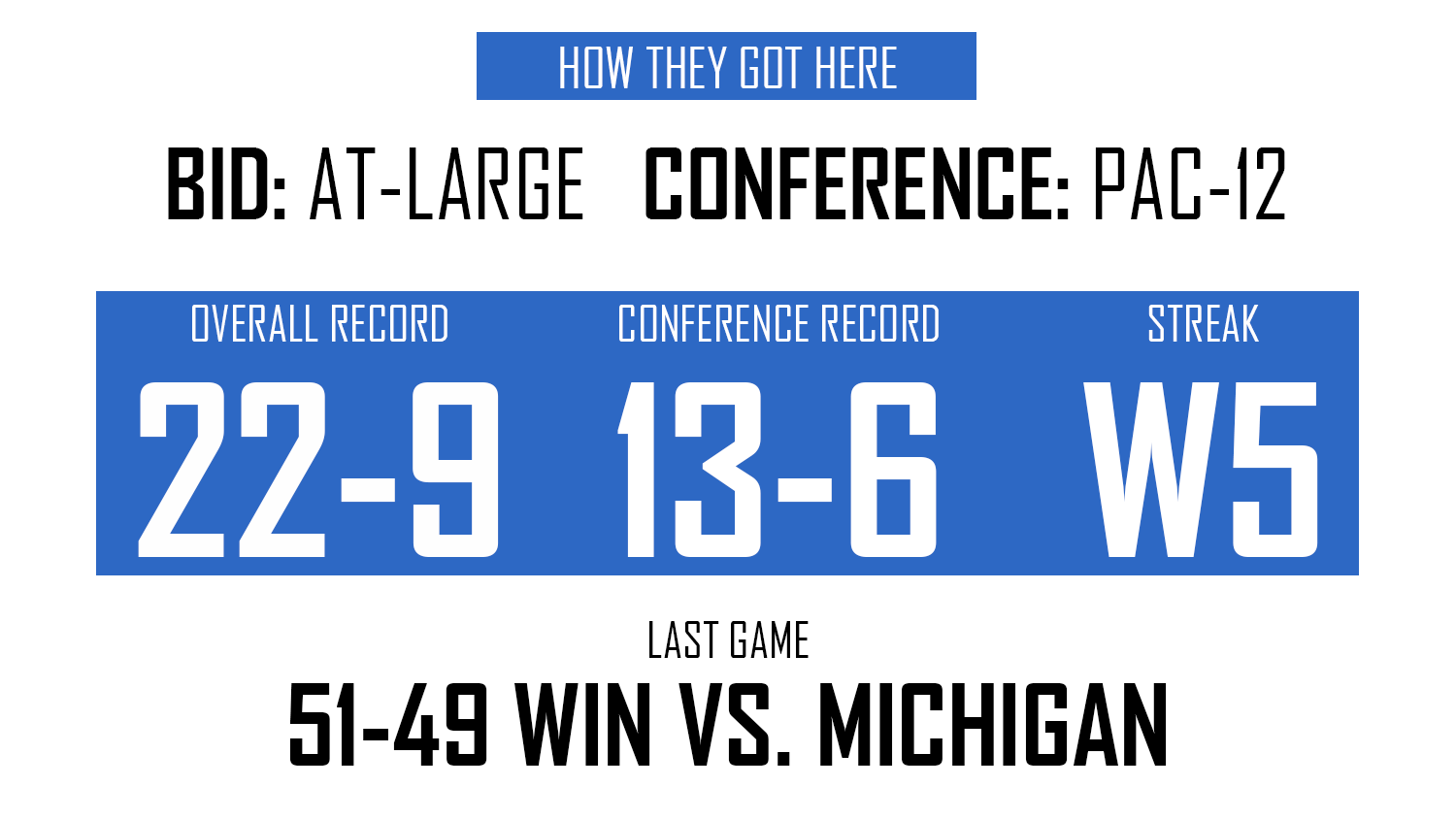 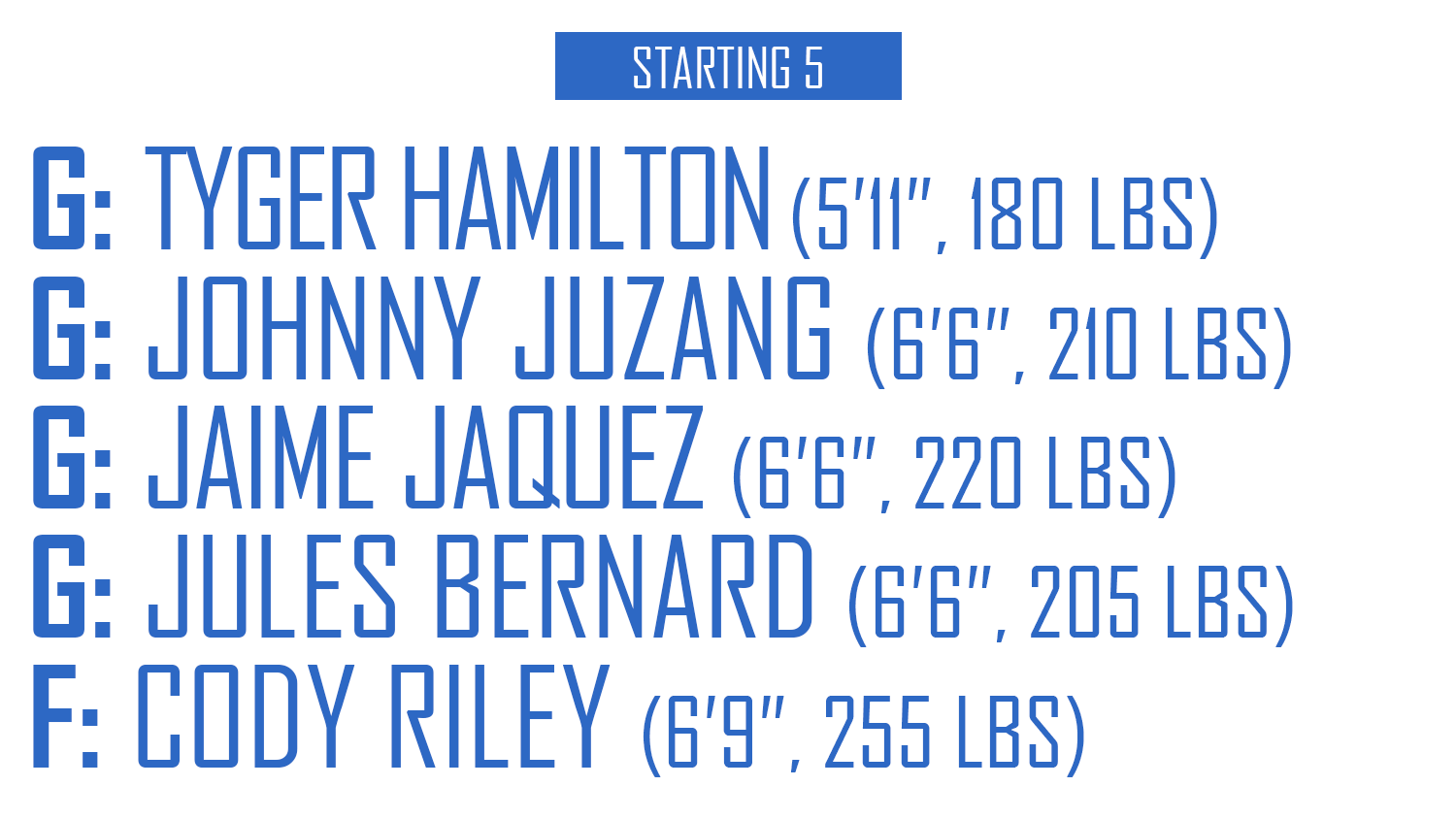 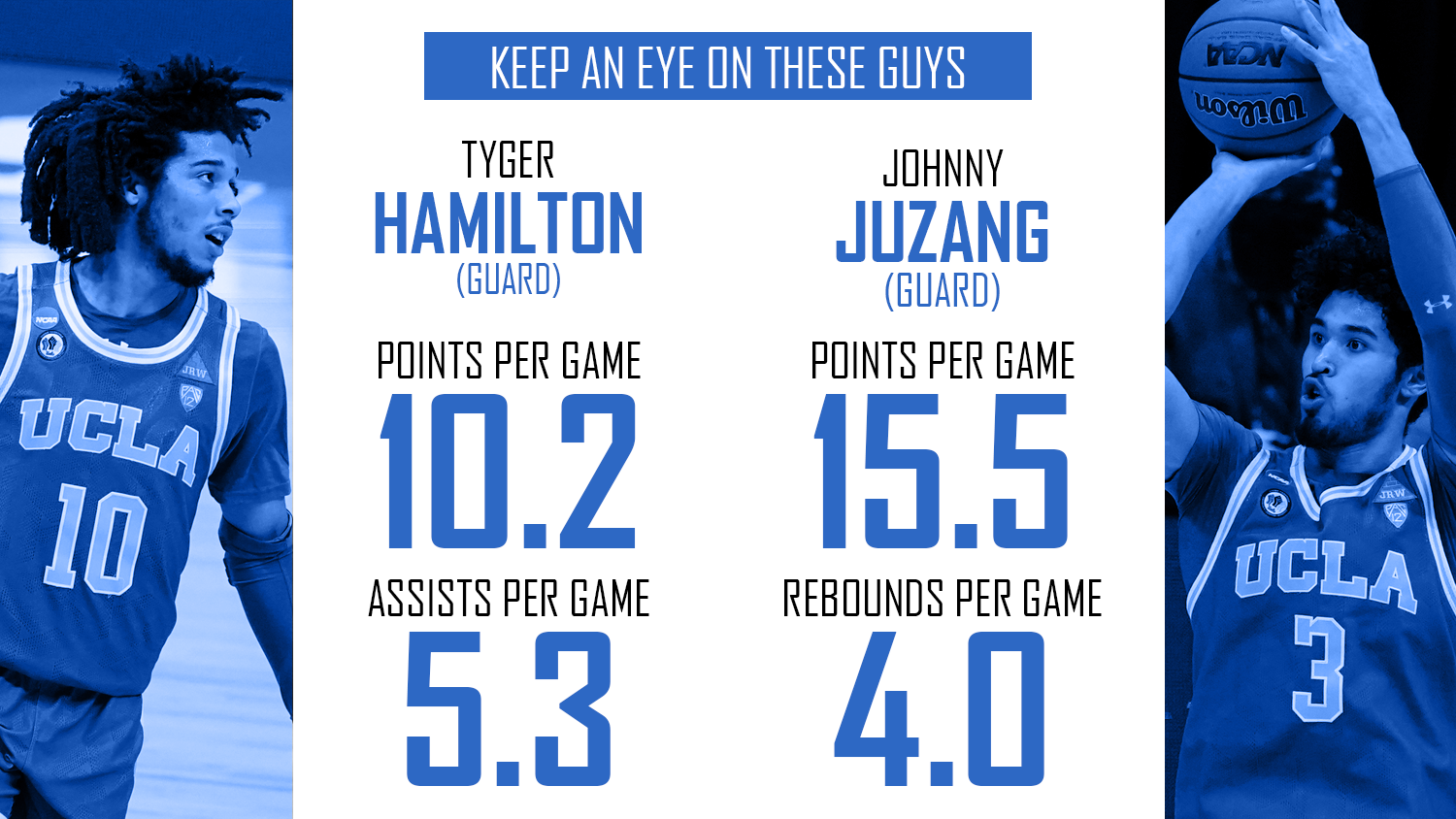 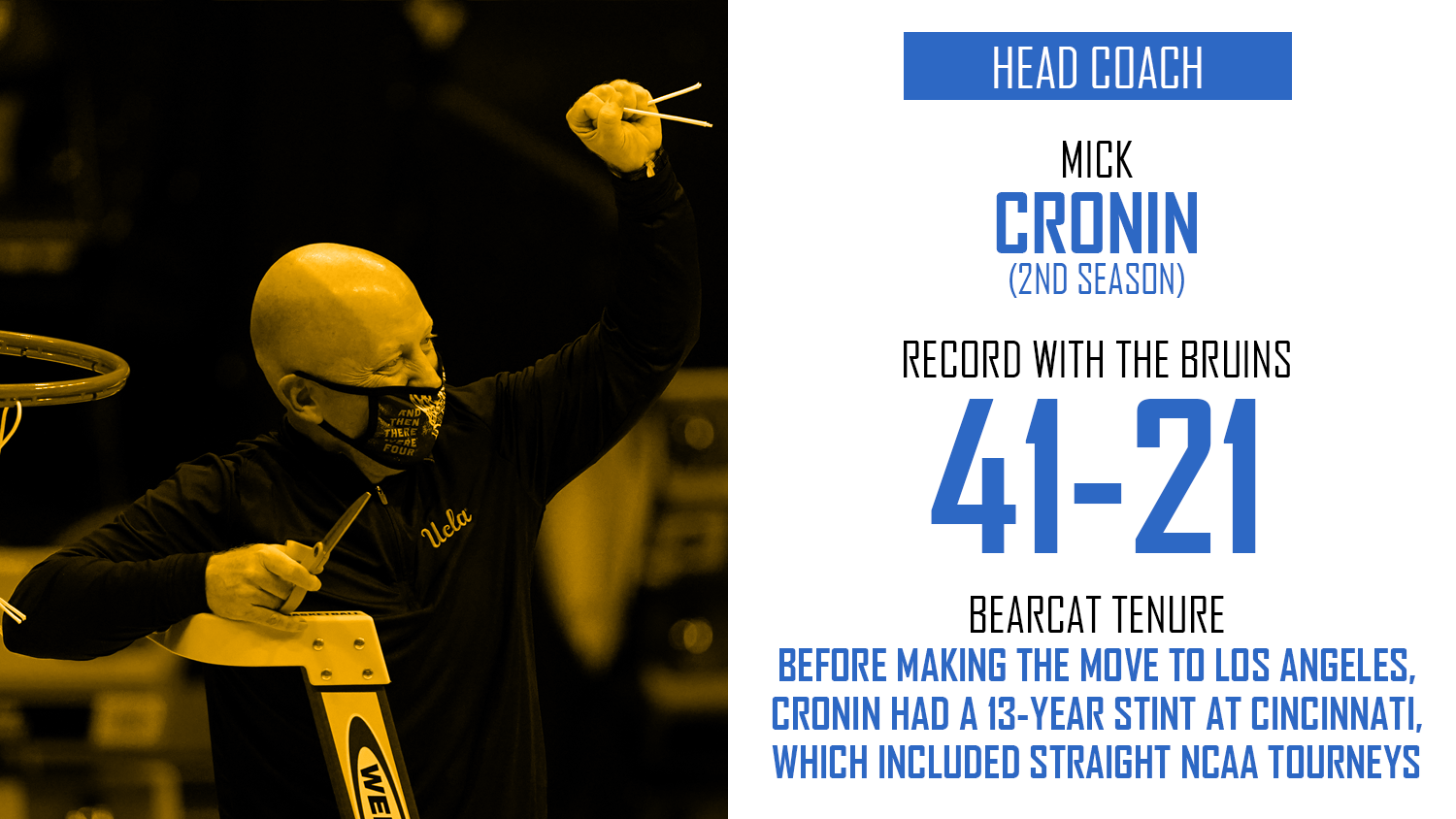 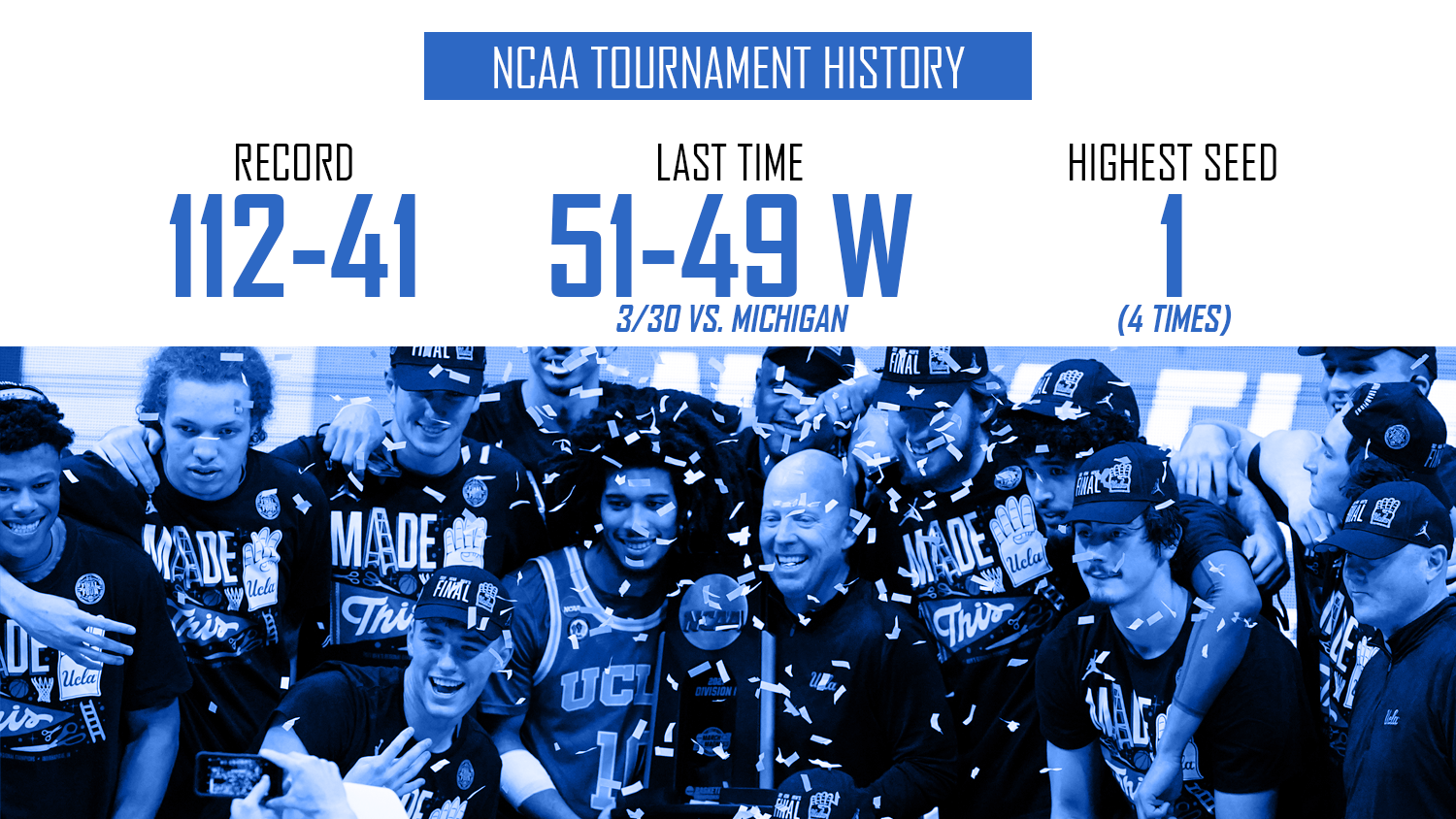 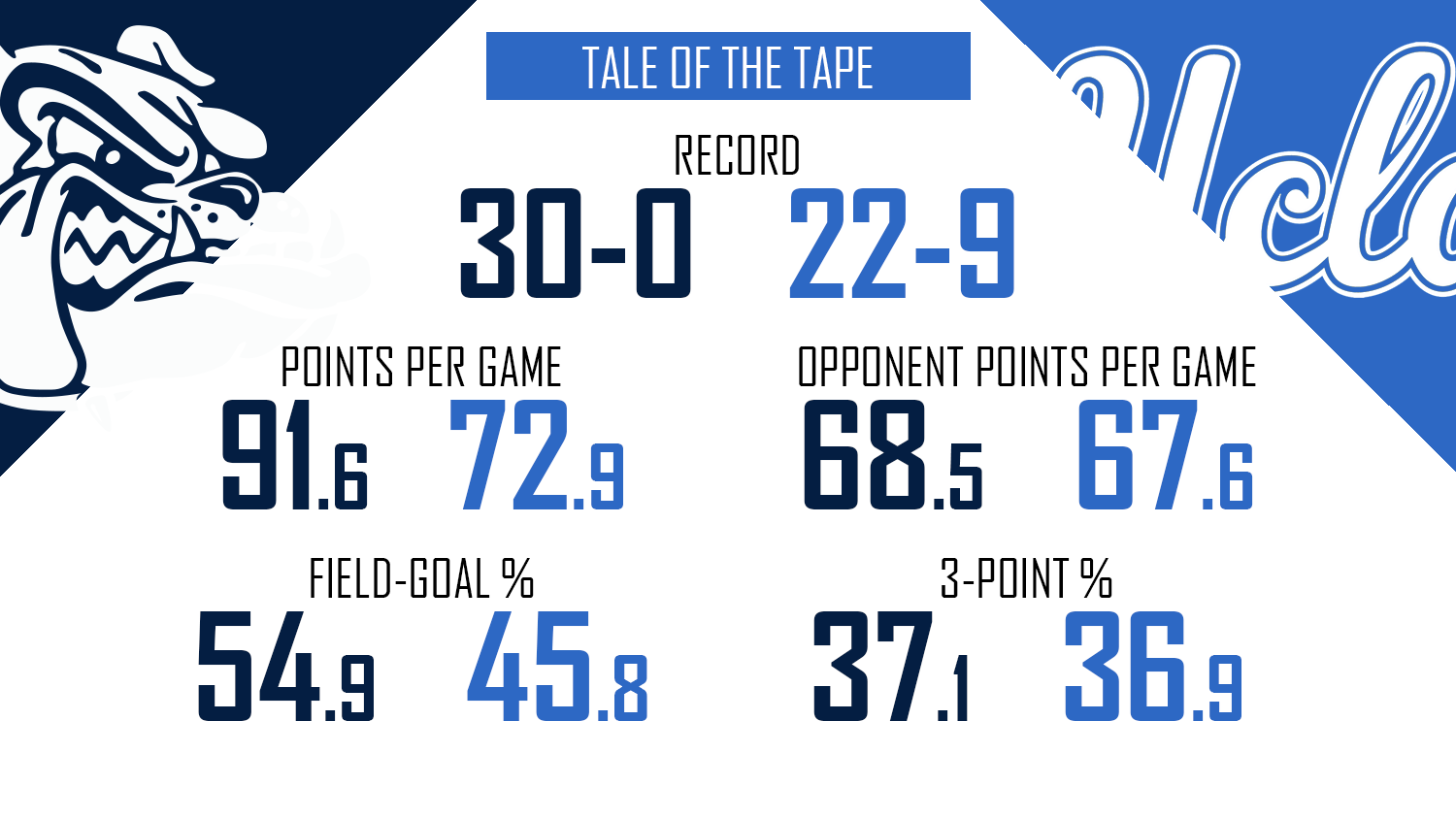