A GRIP ON SPORTS • We’ve been on this Earth 65 years, with 60 percent of them spent in the Inland Northwest. And in all that time, we don’t remember a weekend with a more overcrowded television sports schedule. Of course, we haven’t kept notes or anything.

• Maybe we should have. For posterity. Oh, well. Too late now. Thank goodness our DVR is working – though it was making quite a noise the other night. Hopefully it can stand the work.

Because it will be in full-record mode this weekend.

Take tonight for instance. A Friday night, no less. The schedule nationally is so jam packed, Cincinnati, ranked second in the Associated Press college football poll (though disrespected at fifth in the playoff rankings), will play today at 3 p.m. PST. Yep, not even prime time. And not even on the main ESPN channel. The Bearcats’ matchup at South Florida is on the Deuce.

ESPN? That is reserved for the NBA. Because of that even the U.S. National Team’s match with Mexico in a key World Cup qualifier is scheduled for ESPN2. And get this. It is supposed to start at 6. Right. As if a college football game finishes in three hours anymore.

At least the soccer match should be done when No. 2 UCLA and No. 4 Villanova are set to tipoff from Pauley Pavilion at 8:30.

So let’s recap. The second-ranked college football team, the two most bitter national soccer rivals in North America and two of the top four college hoops teams are all playing, back-to-back-to-back. On a Friday night. On ESPN2.

There’s more. Heck, Washington State hosts under-new-management Seattle U at 7 on the Pac12 Network. And Gonzaga Prep hosts Moses Lake in a 4A State football playoff game at 7:30 on SWX. Wow.

But that’s just a freckle compared to the sunburn that’s coming Saturday. 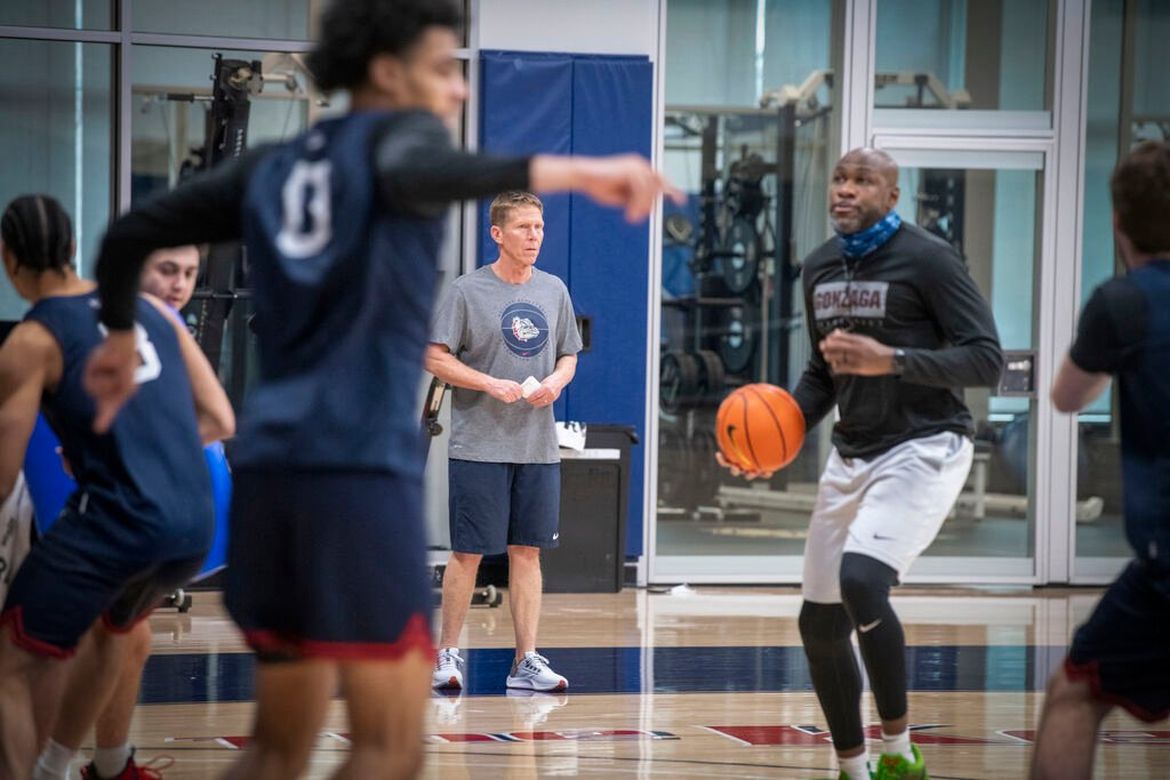 Say you’re one of those Spokane folks who attended Washington State as an undergrad. Then worked your way through Gonzaga’s law school. No amount of litigation is going to allow you to watch your two alma maters in their respective high-profile games Saturday.

The top-ranked Zags host fifth-ranked Texas at 7:30 p.m. on ESPN2. On the flagship? That would be Washington State’s we-called-it-here upset of Oregon, third in the CFP standings, in Eugene. That kicks at 7:30 as well.

There ought to be a law such things never occur.

Of course, by that late in the evening you might just be glazing over, considering there are a whole bunch of top 25 football games with upset potential – or others, like Arizona State at Washington, containing slow-down-to-look-at-the-crash possibility.

What a weekend. Wait. What about Sunday? Oh my. We forgot Sunday.

The centerpiece of Sunday is what it always is, the NFL. But how many Sundays feature “The Return of Russell Wilson” – soon to be a major motion picture – as their main attraction?

C’mon. The guy worked out 27 hours a day, rehabbed another 12 and got himself back to face off with Aaron Rodgers and the Green Bay Packers.

Rodgers, for his part, was unable to bend time as Wilson did, but he did train his body through Rogan-esque mind control to overcome the coronavirus and return to the field. No vaccine needed in Rodgers’ world. It’s all about the inner peace that comes from hosting Jeopardy! Or dating actresses.

NFL quarterbacks have everything. Medical science not available to the rest of us. Time-altering machines. We bet they even have a special ESPN channel where they can watch both the Gonzaga and WSU games Saturday night. At the same time. Live. And without State Farm commercials. 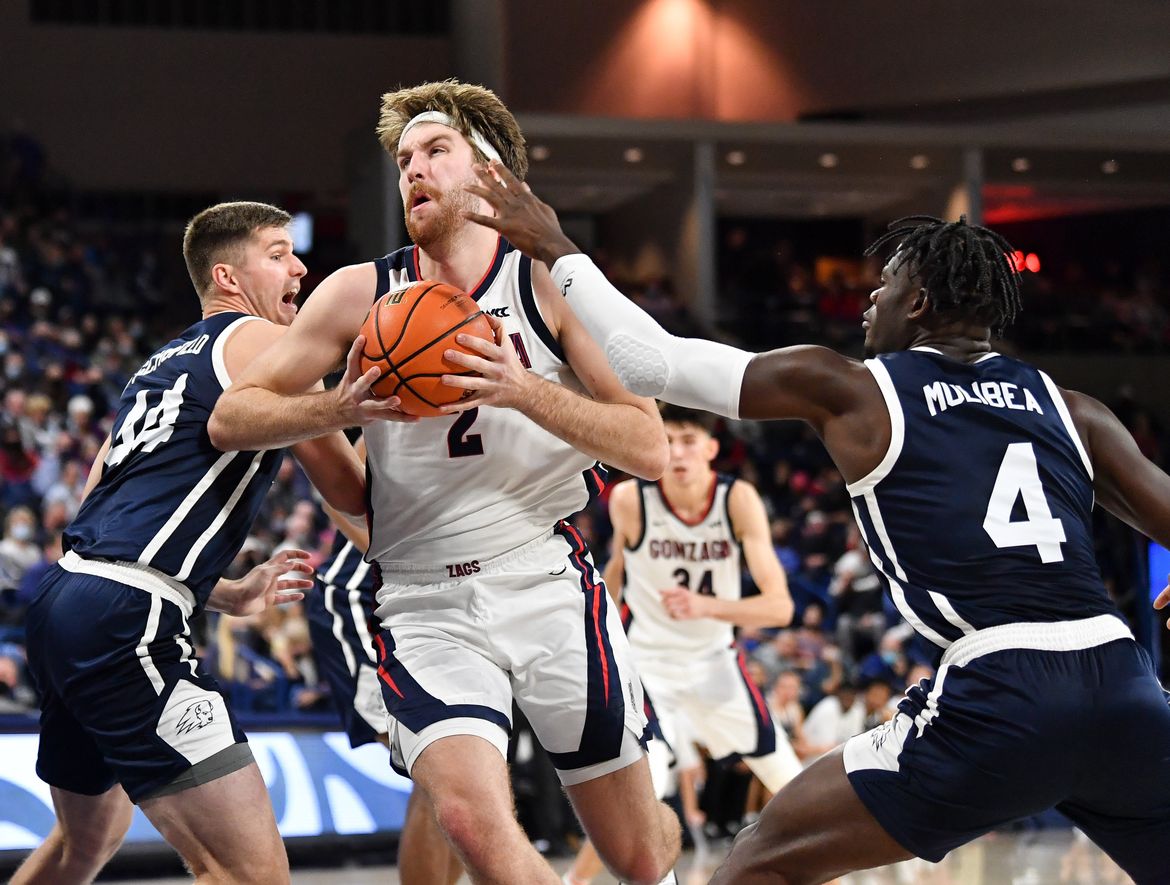 Gonzaga: Before we look ahead to Saturday night’s showdown (and we will), let’s check out what happened in the Kennel last night. I ate popcorn. Like a squirrel. Yep, while Kim and I watched the women devour Montana State – Jim Allen has the game story and Jesse Tinsley the photo report – I stuffed my cheeks full of popcorn, put my mask back on and chewed away. Welcome to live indoor sporting events, late-2021 style. … Prior to the women’s game, the men practiced. And Mark Few met the media. Garrett Cabeza covered the off-court aspect, Jim Meehan dwelled on Brian Michaelson’s fill-in time and Jesse added some photographs from the workout. … In the run-up to the Texas game, Jim takes a look at the ranked matchups held in McCarthey previously. None match up with this one. … Theo looks back at the time Gonzaga faced Texas and Kevin Durant and then introduces us to the long-time relationship between GU’s Andrew Nembhard and UT’s Marcus Carr. … Drew Timme signed an NIL deal with Northern Quest this week. Thomas Clouse has that story. … Larry Weir’s latest Press Box podcast looks back at the hoops this week and ahead to the weekend. … Around the WCC and college basketball, BYU will try to make it two consecutive wins over San Diego State. … EWU transfer Mike Meadows had Portland’s first-ever triple double in a rout against Willamette. 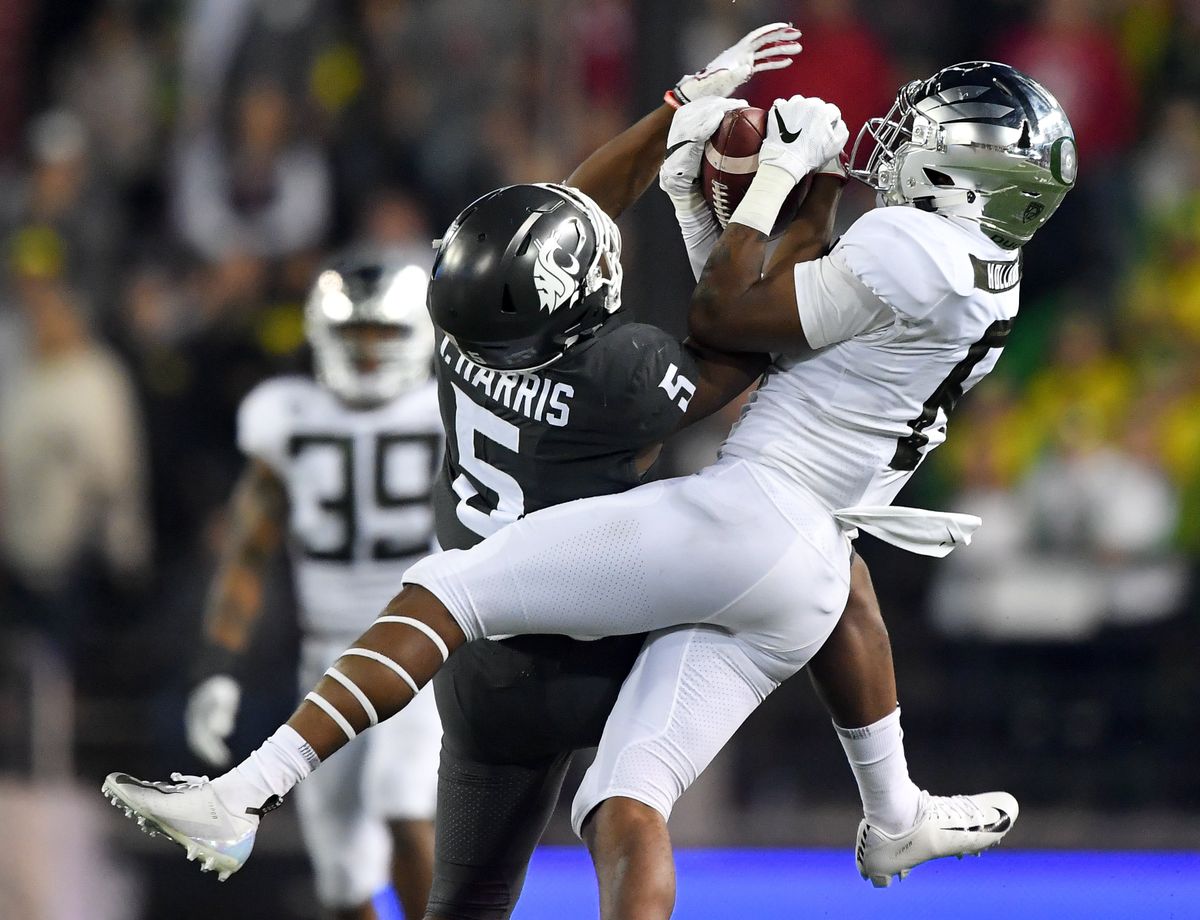 WSU: With the Cougars traveling to Eugene trying to derail the Ducks’ national title hopes, Colton Clark decided to look back at other huge matchups in the past decade. … Colton also has a football notebook, which begins looking at Calvin Jackson Jr.’s emergence this season. … Jahad Woods has had his way against Oregon’s offense over the years. Can the Ducks find a way to contain him? … Elsewhere in the Pac-12 and college football, Jon Wilner looks at the openings in the coaching ranks, now and what may be there after the season ends. … He also looks at the crazy nature of the year and things to look for this weekend. Both those stories are in the Mercury News today. … Can Washington finally stop someone’s ground attack? The subject this Saturday is Arizona State, which has shown the ability to run on anyone – when it holds on to the ball. … Another question: Will UW buy out Jimmy Lake? … The change among Oregon State’s coaching staff should change the defense. … There is a lot to digest concerning California and its COVID-19 issues. … Colorado is ready for UCLA’s quarterback. Whoever that might be. … Arizona still isn’t sure who will start at quarterback this week against Utah. The Utes will be trying to get Kyle Whittingham a school-record win. … USC may hire the polar opposite of its last uber-successful coach. … In basketball news, the most-exciting finish last night happened at Arizona State, where UC Riverside threw in a ¾-court buzzer beater for the win. … Washington got into the win column with the help of a lot of free throws. Northern Arizona didn’t seem too happy about that. … Arizona will face a school with a really long name. … Under Mick Cronin, UCLA will face anyone. … Oregon State has a newcomer making a good first impression. … Oregon has a smaller-than-usual group playing right now. … Colorado takes on New Mexico. 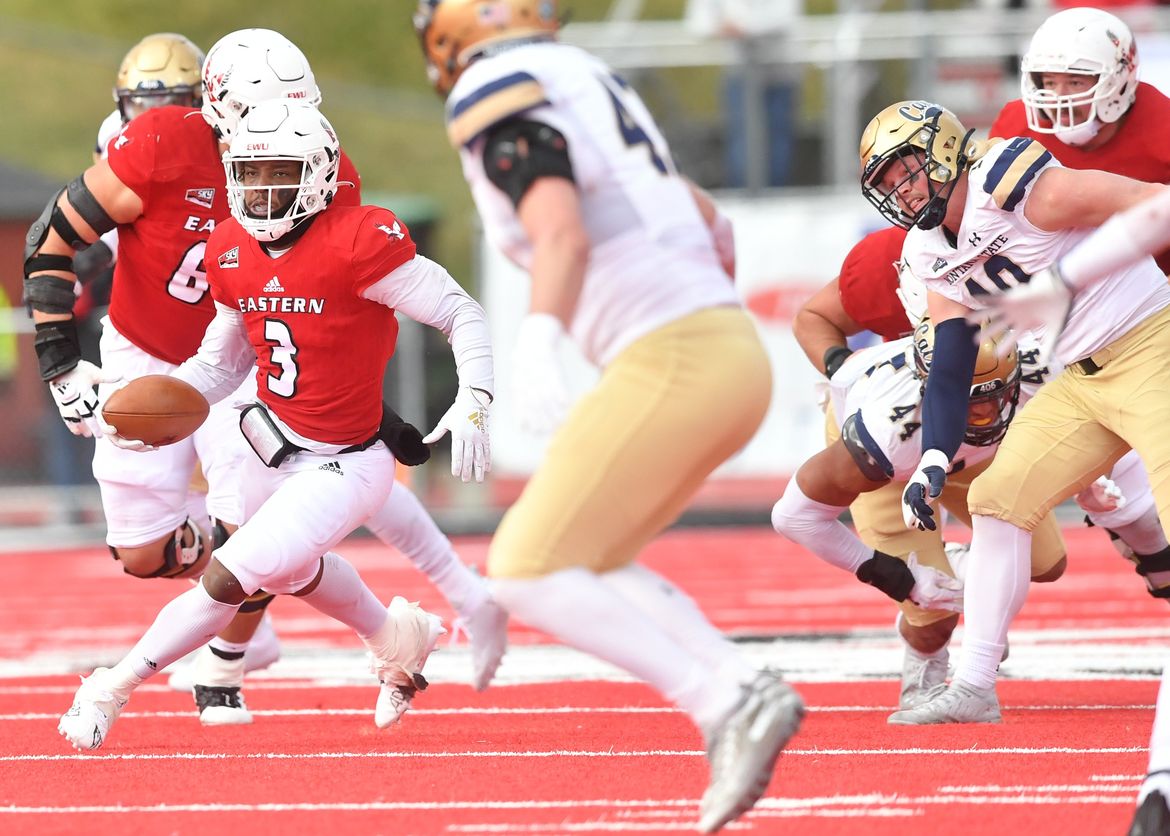 EWU: This is it. Saturday’s showdown in California against sixth-ranked UC Davis will probably determine if No. 7 Eastern will get an FCS playoff berth. Dan Thompson has a preview as well as a Big Sky notebook. … The showdown is highly anticipated in Davis. … Former Eastern and Whitworth basketball coach Jim Hayford resigned yesterday at Seattle University. Hayford’s resignation comes on the heels of reports he twice used a racial slur around his players. … Around the conference, Northern Colorado picked up a basketball win in Hawaii. … Montana still has a shot at a share of the football title. But the Griz have to win at Northern Arizona.

Whitworth: The Pirates are in the Midwest for two nonconference matchups with Division III basketball powers. Dan has this preview of the trip.

Preps: Dave Nichols has a roundup of State volleyball action.

Shock: Spokane has hired a new offensive coordinator. That news leads off our local briefs column.

Mariners: Seattle is fine with its catching group.