A GRIP ON SPORTS • What are your goals for the Pacific Northwest’s lone major league baseball franchise each year? I have a buddy who has a simple request. He just wants the Mariners to be relevant until football season begins. He got his wish this year. And a little more.

• Not a lot more, mind you. We are fast approaching the third week of college football and the NFL’s second. And that’s when the M’s postseason hopes died.

Wait a minute, you say. There are still 16 games left. Seattle is only four games behind in the American League wild card race, even after last night’s disappointing extra-inning loss at home to Boston. They can still rally.

Mathematically, you are right. The M’s haven’t officially been eliminated. All things are possible. I might even lose that 30 pounds that have been hanging around my waist for the past two decades.

Probable? Not so much.

Here’s the deal. The M’s had a great opportunity on this most recent homestand. A week ago they were 76-64. Were two games behind the Yankees and 1½ behind Toronto for the all-important second playoff spot. Heck, Boston was only three ahead, with the Red Sox holding down the wild card host role.

Arizona was headed to town, boasting (OK, probably not boasting) the worst record in baseball, 45-95. Then Boston would visit. Sweep three from the Diamondbacks – the M’s had just done that in Phoenix – and take two of three from the Red Sox. That was the goal. A 5-1 homestand and you leave town on a 10-game road trip right in the thick of the race.

Can that happen? Yes, but due to varied schedules, it will not be easy.

Other than games with postseason contenders, New York has seven games left with Baltimore, Cleveland and Texas. The contenders? The Yankees have nine games split between Boston, Toronto and Tampa. The Blue Jays have six with the Twins, three with the Orioles and three with the Rays and Yankees. That’s pretty easy.

Boston has it even easier. Three with the Yankees, sure, but the rest are split between the Orioles (six games), the Mets (two) and the Nationals (three). That’s 11 games against teams with losing records.

Oakland and the Mariners play seven times in the next 14 days. The A’s other opponents? That would be KC (one game), the Angels (three) and Houston (six). Not all that easy but the American League West-leading Astros could be getting ready for the postseason, especially during their October three-game season-ending series.

Besides the seven games with Oakland, the M’s have three with KC and six with the Angels. In theory, it is possible to go 10-6 or better. They will need to. But after this last homestand, even that may not be enough. 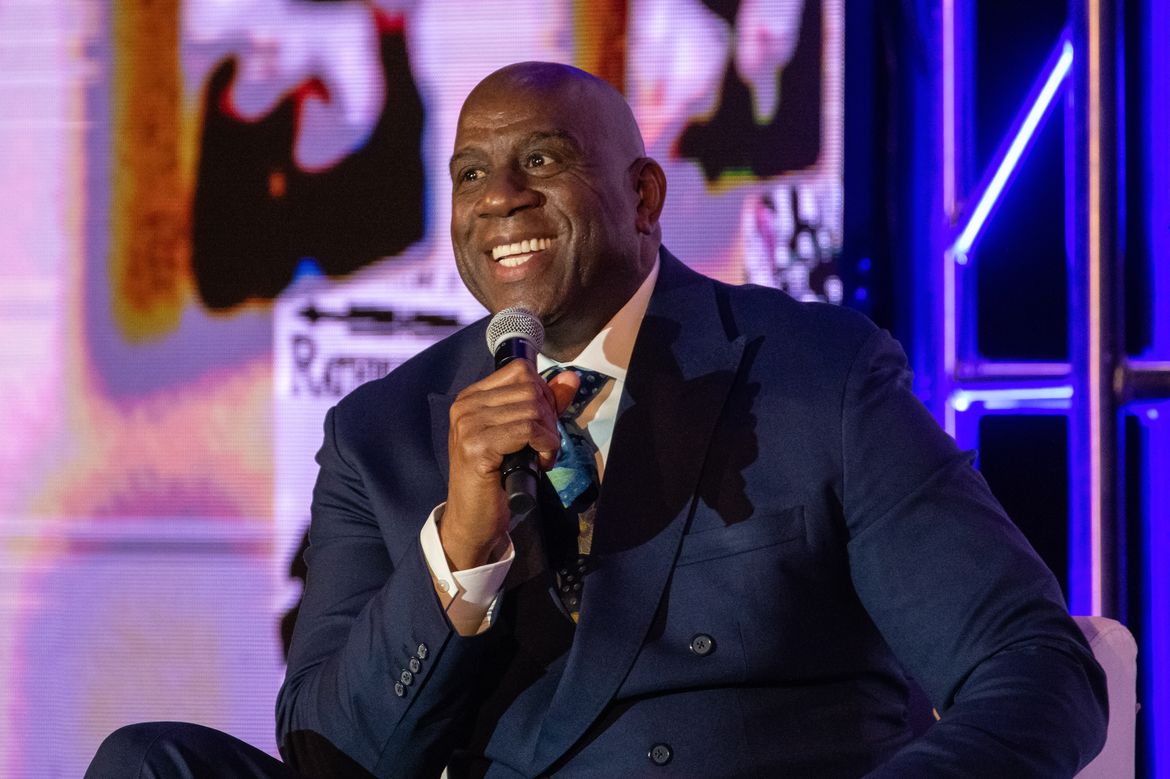 No matter what Magic is talking about, he’s worth listening to. And creating wealth while helping downtrodden communities is something he’s been exceptional with.

Amber D. Dodd was at the Association of Washington Business’ 2021 Policy Summit dinner Wednesday and has this story about Johnson’s keynote speech. 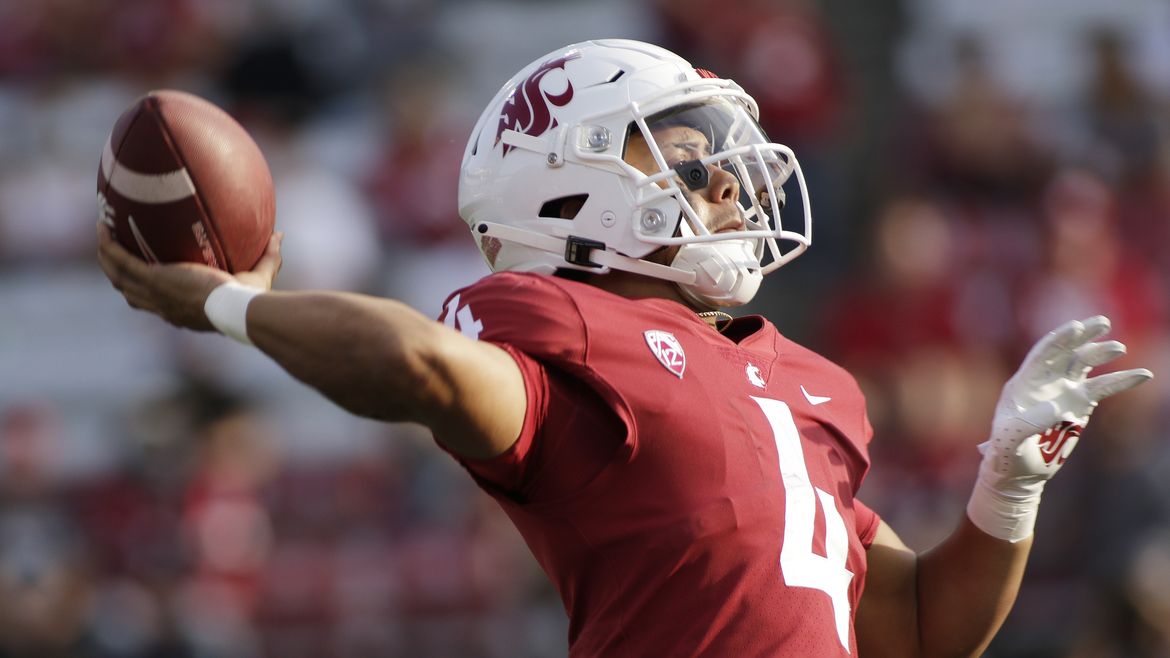 WSU: Jayden de Laura was just getting his feet under him that early December night in Los Angeles last season. And USC’s defense  was not one to try to regain balance, at least not last year. He didn’t and the Cougars lost 38-13. This year is different, however. Colton Clark tells us how in this story. … He also talked about Saturday afternoon’s matchup with Larry Weir yesterday. You can listen on the latest Press Box podcast. … Elsewhere in the Pac-12 and college football, we linked Jon Wilner’s explanation of the TV schedule earlier but now S-R subscribers can read it free. It is worth your time. … As is Wilner’s story on playoff expansion and his weekly picks, both of which are in the Mercury News. … We mentioned a few NFL guys who might be good fits with the USC program. Andy Staples, the Athletic’s college football writer agrees with three of them. The Trojans’ brain trusts promise a secretive process without a search firm.  Meanwhile, the question is can the team rally against WSU? … There is at least one connection between Washington and this week’s opponent, Arkansas State. … The offensive line wants to be “badder” for Oregon State. The defense is trying for consistency. … Oregon used an unbalanced line often against Ohio State. The Ducks shouldn’t need formational perks to handle Stony Brook. Even the No. 2 quarterback should play. … The Colorado defense has started well. … How in the heck did the Utah lines struggle against BYU? The Utes want to figure it out quickly. … COVID-19 hasn’t hit UCLA this season as it did during the last one. … Arizona State has to wonder if it can do better than Utah against BYU in the trenches. … The numbers don’t lie when it comes to quarterback play for Arizona. The Wildcats also apologized for the fiasco of game management last Saturday. 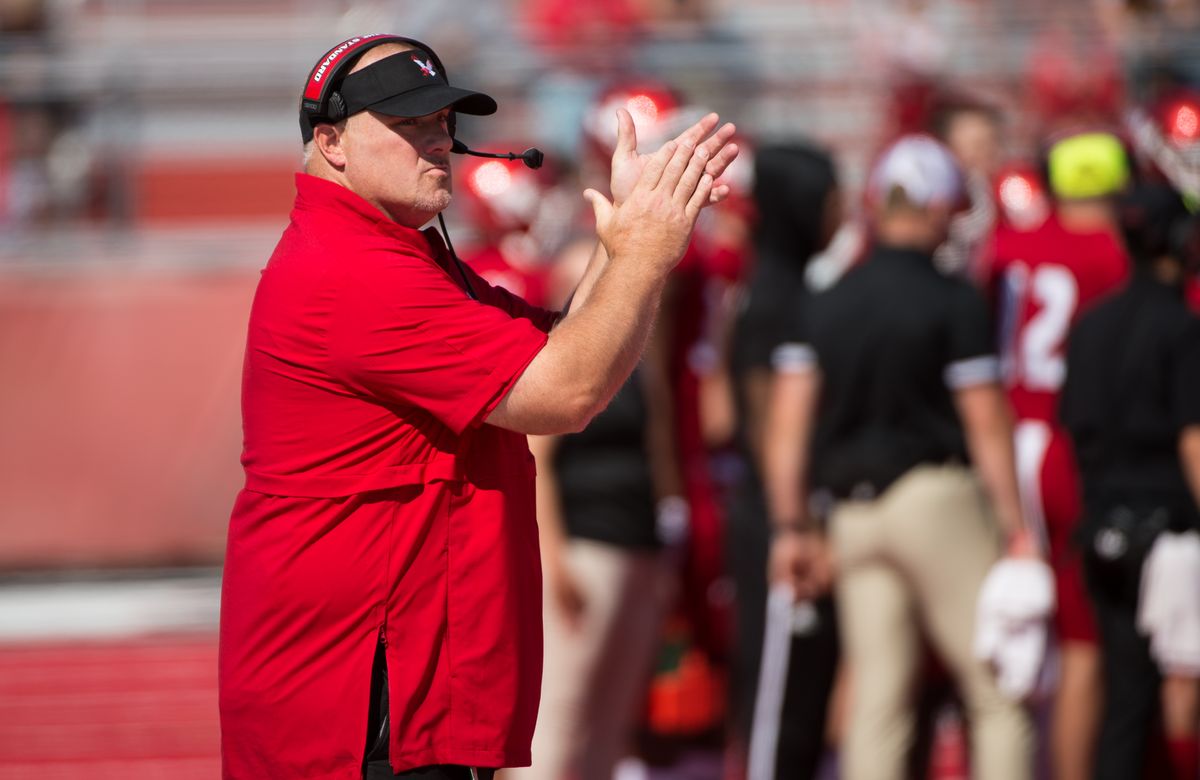 EWU: Here we are, the third week of the college football schedule and Eastern has yet to play another FCS team. FBS, sure. And the Eagles won. Division II, sure. And the Eagles won. Now they travel to Western Illinois for their first FCS contest this season. Dan Thompson has a preview. … Around the Big Sky, Montana State is dealing with a lot of injuries. … Northern Arizona is looking forward to playing in Tucson. … Northern Colorado is placing an emphasis on having fun. … The best game of the weekend? James Madison at Weber State. It’s a big one for the conference too. 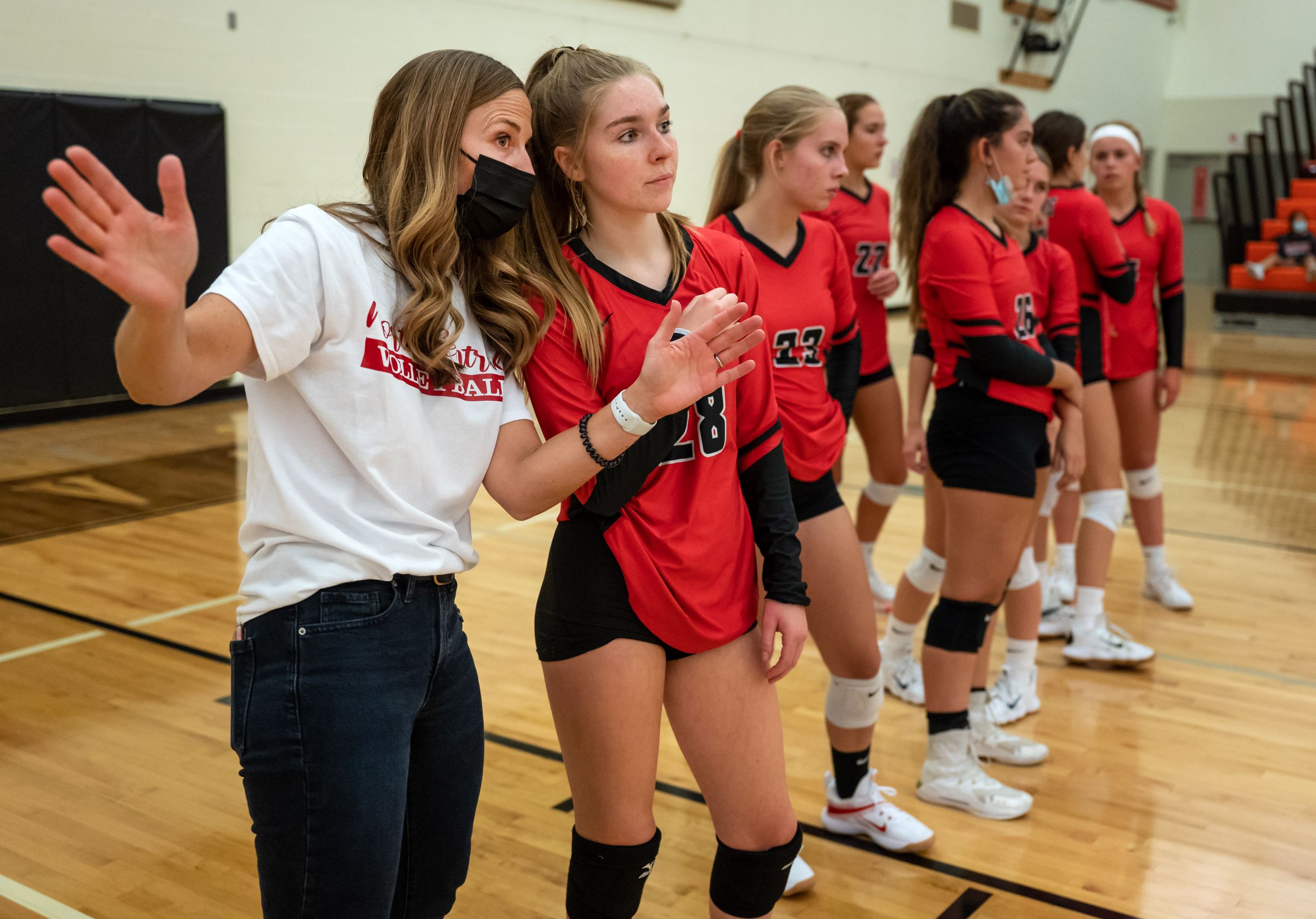 Preps: Volleyball season is underway and Johnathan Curley has a preview of the season. He uses it to introduce us to North Central under first-year head coach Karrie Delp. … We can also pass along a photo gallery from Colin Mulvany. … The football season’s third week features a lot of GSL games and a smattering of non-league contests. Dave Nichols has this preview. … Dave also has a preview of the GSL slowpitch season. … We can pass along his roundup from last night, which covers four sports. … Finally, Donny Haynes, a longtime local high school basketball coach, most notably with Coeur d’Alene, died Tuesday. He was 91. Dave has this obituary.

Indians: That didn’t take any time at all. Spokane rode Isaac Collins’ big bat to a 6-3 win at Everett and clinched a playoff spot. Now the Indians can try to catch Eugene for the High-A West’s regular season crown. Dave has all the information in this story.

Mariners: Is it over? Was it over when the Germans bombed Pearl Harbor? Yes, Bluto, it would have been if that had happened. And it may just be over for the M’s, who find themselves four games back in the wild card race with 16 games to play after last night’s 9-4, 10-inning home loss to Boston. Even worse, Seattle has to leapfrog three teams to make the postseason. Hey, 14-2 should do it. Too bad they are 4-6 in their last 10 games. Seahawks: Pete Carroll is 70. He doesn’t look it. But he is. … Bobby Wagner wasn’t a five-star recruit. But he’s developed into a five-star middle linebacker. Here’s how it happened. … The Hawks are dealing with a few banged-up guys. … Friendship will be on hold as the Titans and Hawks play. … With the NFC West off to an undefeated start, the Hawks’ path this year won’t be easy. They’ll need Lumen Field to be loud.

• As we mentioned yesterday and will mention tomorrow, we won’t be here Saturday morning. You’ll have to find your stories on your own. But don’t get too good at it. We’ll be back Sunday and expect you to be as well. Until later …