This was the first year for the gala and the second year for the local chef and restaurant awards. This time, there were a lot more categories – and, of course, winners.

The Spokane Culinary Arts Guild, founded in 2017, is owned and operated by the husband-and-wife team of Erin and Rob Peterson. It’s made up of volunteer “tastemakers” who help review restaurants and vote on the awards. 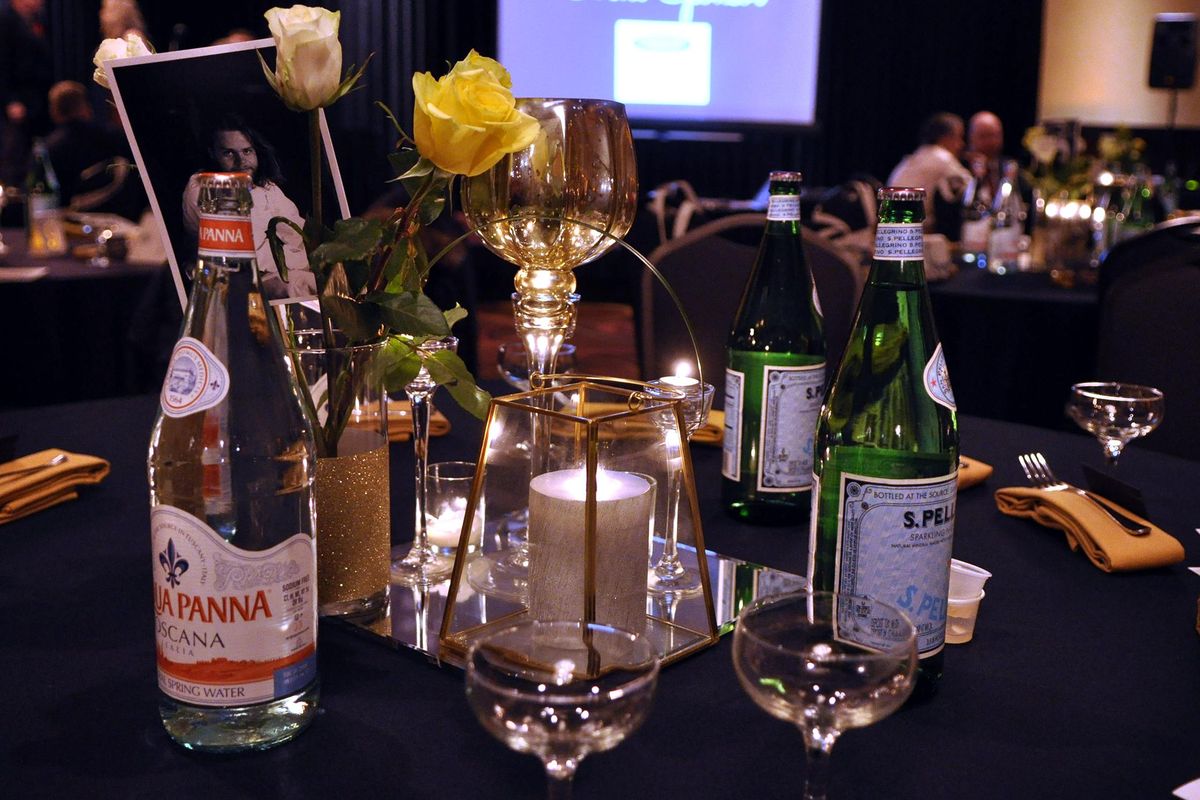 “We don’t call ahead. We don’t ask for free meals,” Erin Peterson said. The goal, she said, is to support and promote restaurants with patronage and free social media coverage.

“Spokane has some true excellence that’s in a pocket here that no one really sees,” she said. “I’ve made it my personal mission to seek out the very best and that’s who we’re honoring here tonight.”

Hansen started his speech by telling guests the restaurant business is “hard.” There are a lot of “long days.” To those who might be thinking about getting into the industry, he joked, “Don’t do it.”

Then, he said, “I’m actually honored to be part of it. … You get to express who you are as a human being. It’s just a great living, and I wouldn’t change it for anything. I’ve met a lot of amazing people. I’ve eaten a lot of amazing food. I’ve gotten to see our community grow.”

Dinner was catered by the culinary staff at Max at Mirabeau, who received applause and a standing ovation at the end of the night.

The SCA Outstanding Restaurant Awards were presented by Numerica Credit Union. The winners are:

The Category Awards were presented by Windermere Valley/Liberty Lake. The winners are:

Best Take Out – King of Ramen

The Individual Awards were presented by San Pellegrino Sparkling Natural Mineral Water. The winners are:

Restaurateur of the Year – Tony Brown of Ruins

(And I was honored, too – for Best Food Writing.)

To see a list of last year’s winners, visit www.spokesman.com/stories/2018/jan/04/and-the-winners-are.