A GRIP ON SPORTS • A few things happened Friday in college basketball, some good, some not so good. The biggest news, as it interests this area, came out of Tucson.

• During my almost 20-year career on the news side of a newspaper (as opposed to the sports department), one thing I learned was to take allegations with a grain of pepper. They could be spicy, sure, but sometimes they made you sneeze.

Take affidavits police departments enter while trying to get a judge to issue a search warrant. They are full of facts but only tell one side of the story. That’s why there is a trial. 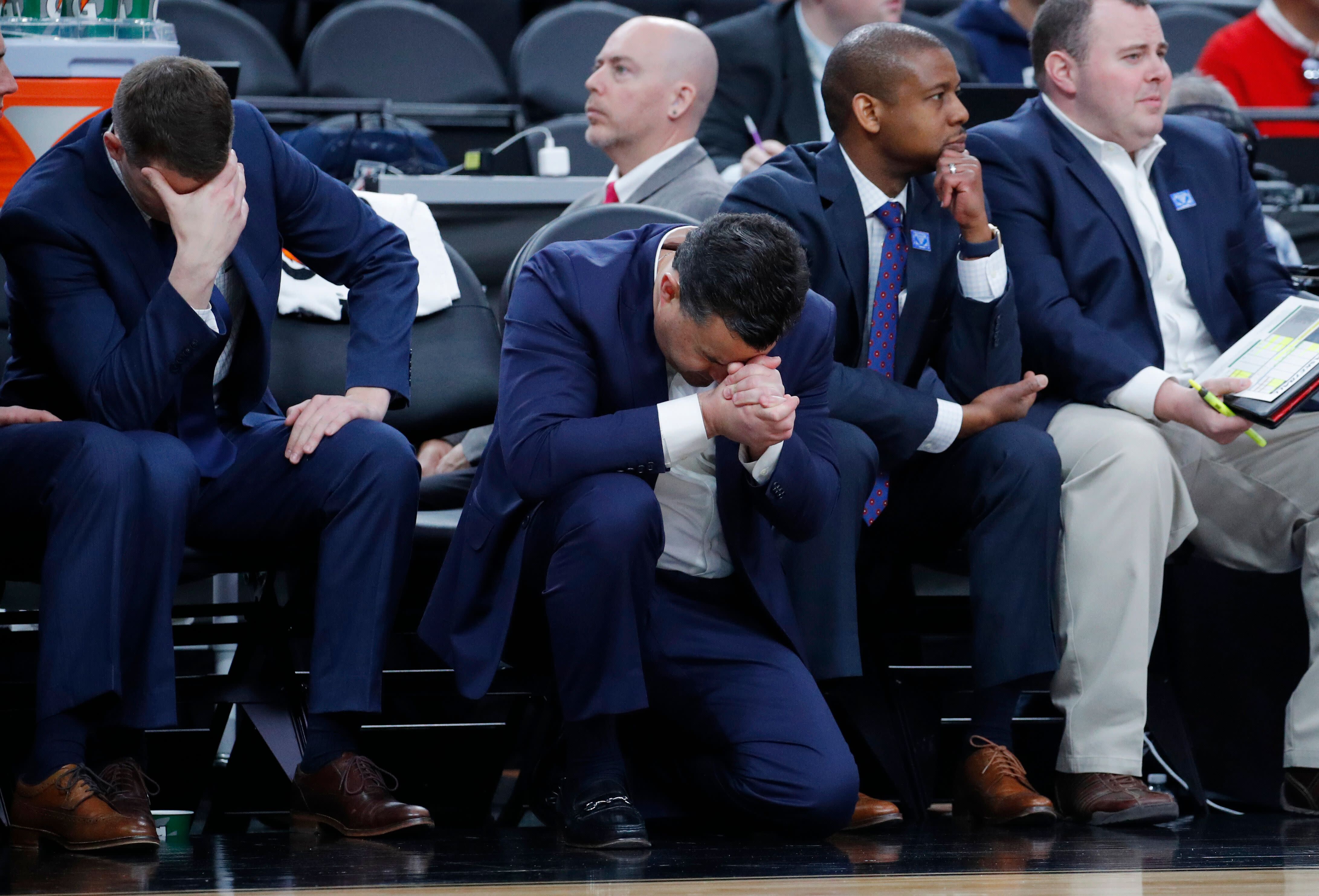 The same can be said whenever the NCAA issues a notice of allegations. The organization is laying out all the evidence, or most of it, it has to justify a hearing – the trial, so to speak. The idea is the affected university gets to see what the NCAA thinks it did. It also states why it’s against the rules. The school is given the opportunity to answer the allegations, present evidence that disproves the charges and state its case.

That’s what the University of Arizona is in the process of doing. But first, the school was ordered by a state judge this week to make the NCAA’s allegations public. After all, it is a public university, public funds will be used to contest the findings and the paperwork is all part of the public record. Sure, the evidence contained within is pretty damning, but that’s not a reason to keep it hidden.

Even if Sean Miller wishes it were.

The head men’s basketball coach has been cited for failing to control his former assistants, two of which have been accused of violations ranging from misuse of funds to academic fraud. The NCAA seems to have evidence it can use to tie Miller pretty directly to these actions, though it doesn’t matter all that much. The organization holds the head coach responsible when their assistants’ break the rules.

But the revelations within are not all that new. Almost all of the allegations have been reported elsewhere over the past few years. It’s entirely possible the university’s regents and administrators have examined it, along with any mitigating evidence. And they know as much of the truth as possible.

Maybe that’s why Miller and his team are sitting out this NCAA tournament. Maybe it’s also why his contract hasn’t been extended. Maybe a change is coming.

No one outside the school really knows. But at least now we all know what he and the program have been accused of. That’s something.

The Gonzaga women and men are rarely involved. They aren’t this year. So the first few days are all about winnowing the field until Monday’s semifinals. Then the men and women from GU will take the court.

In tonight’s quarterfinals, Saint Mary’s will face Loyola Marymount with the winner facing the Zag men. Though the Lions’ roster is a bit depleted, we’ll pick them in a bit of an upset. The Santa Clara women should handle Loyola Marymount today and then meet Gonzaga on Monday morning.

Then again, we haven’t seen as many games in this virus-disrupted season, so your guess may be as good as mine. 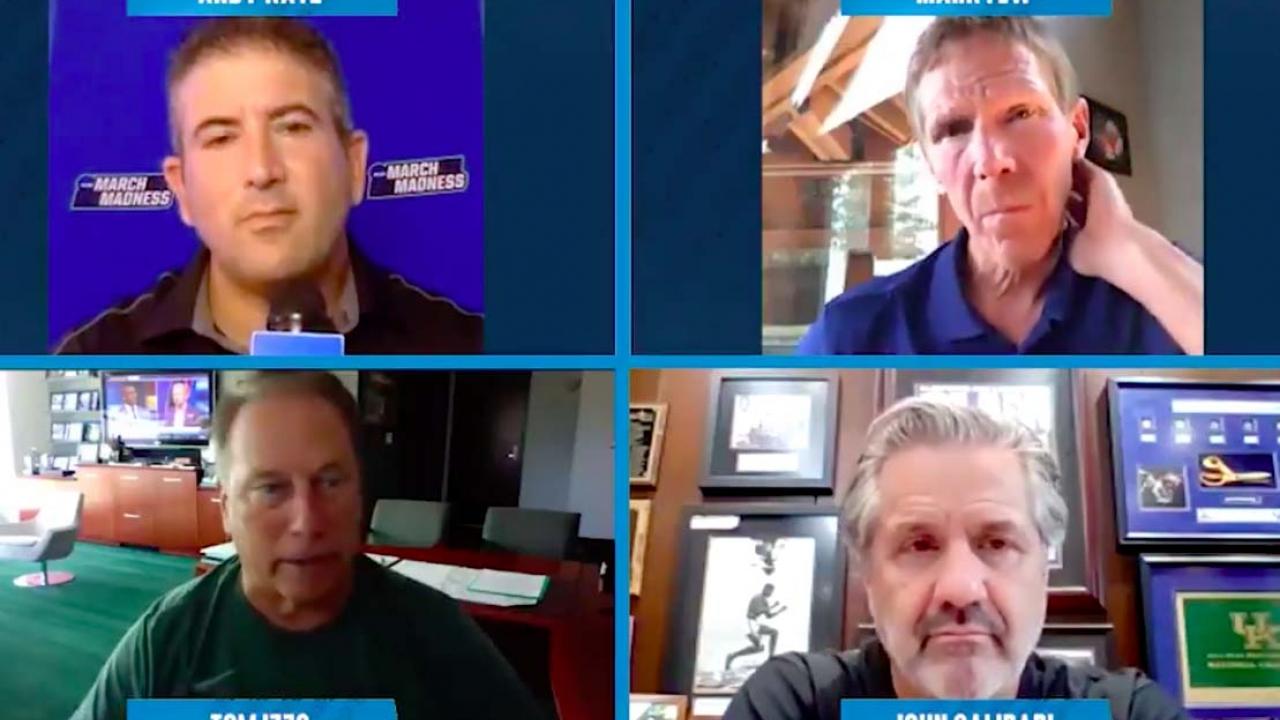 Gonzaga: Raise your hand if you are surprised Mark Few talked with John Calipari about a possible game midway through this COVID-19-hit season. No one? Thought so. Few and Calipari talk often so the failed attempt was probably one of many possible matchups that the Zag coach explored. Jim Meehan has more in this story. … Yesterday Few was named a semifinalist for the Naismith coaching award. Jim has that story as well. … Elsewhere in the WCC, there were a couple minor upsets in the tournament Friday, with Loyola Marymount, with one of its bigs in a boot, topping USF and Santa Clara getting past Pacific. … BYU is hoping its three seniors play one more season. 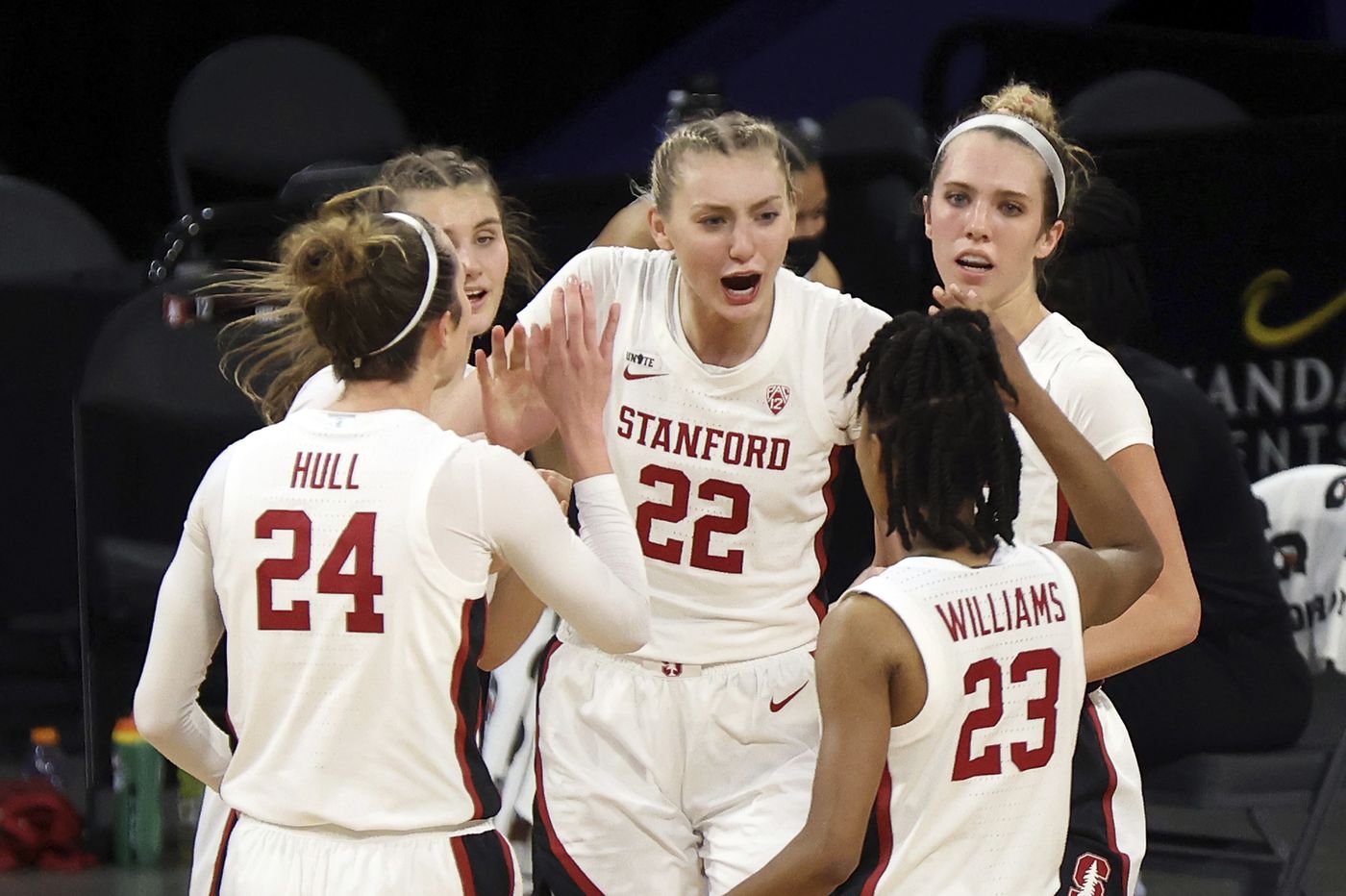 WSU: The baseball team won its fifth consecutive game in its home opener against Seattle U. … Around the Pac-12 and college basketball, we thought Oregon State’s women were playing really well. Then Stanford ran them out of the arena Friday. … UCLA held off Arizona, setting up a title game tonight between top-ranked schools. … On the men’s side, Colorado is resting before the postseason. … Utah faces Arizona State today with tournament seeding in the balance. … The winner of today’s USC vs. UCLA can win the conference title but will need some help from Oregon State tomorrow. … We covered the Arizona allegations above. … In football news, could Texas become a scheduling partner? … The Pac-12 has fewer players earning a virtual invite to the draft combine than it usually does. … Did Oregon State do its homework before hiring its president? That seems to be in question after some revelations from LSU. … There were some really odd offside and ball-marking calls during the truncated football season. Now the linesperson involved in a couple of the most egregious – including a crucial missed offsides call in the Oregon/Oregon State game – has been hired by the NFL. 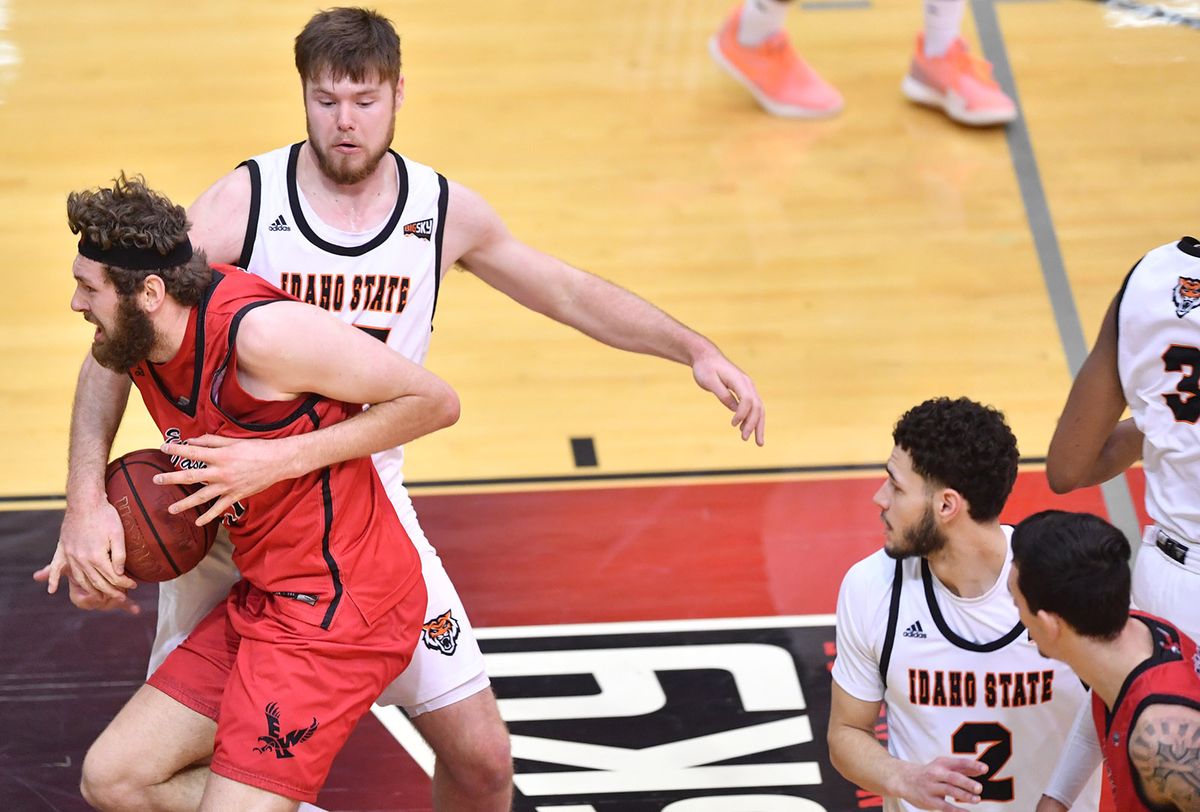 EWU: It may not help win the conference title, but Eastern bounced back from a crushing loss Wednesday by rolling over Idaho State 75-62 at Reese Court. Ryan Collingwood and Tyler Tjomsland were there, with Ryan posting this story and Tyler this photo gallery. … The women lost at Idaho State, which won the regular season title. … Elsewhere in the Big Sky, the Montana men won a nonconference game. … Montana State earned a tournament bye with a win over Sacramento State.

Idaho: The Vandal women rolled in the second half, topping Montana by 20 after trailing by four at intermission.

Whitworth: A 35-point victory is a good way to return to the court. Dan Thompson has the coverage of the Pirates easy win over visiting George Fox. 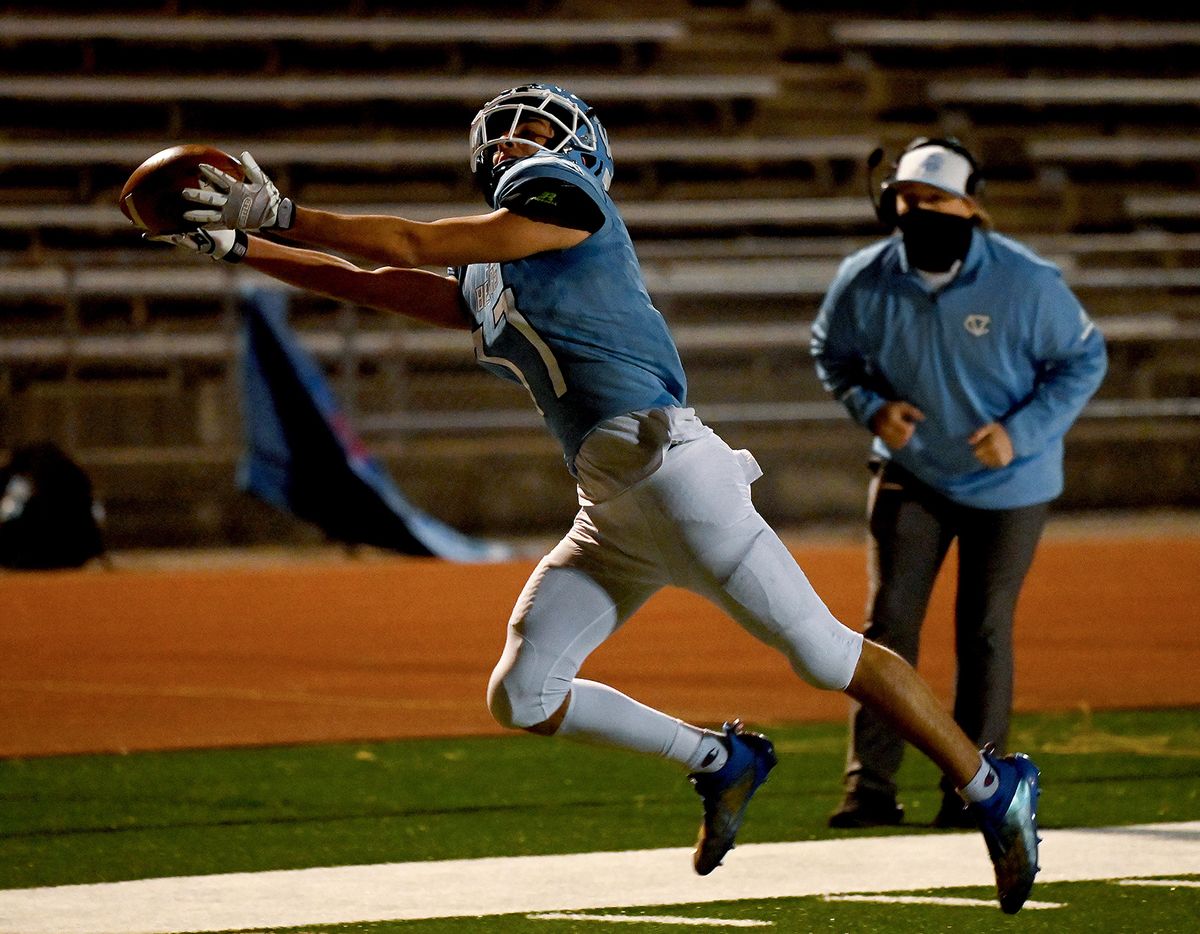 Preps: Football was back in the limelight last night, with Dave Nichols and Colin Mulvany at Central Valley for the Bears’ 23-0 win over Mead. Dave has the game story (and the rest of the GSL results) while Colin adds a photo gallery. … Lake City High will play for a 5A boys’ basketball title tonight against Meridan. The Timberwolves got there with a 65-50 semifinal win over Boise.

Mariners: Chris Flexen made his debut and Scott Servais saw a lot to like in the free agent pitcher’s performance. … The M’s tied for the third consecutive outing.

Seahawks: Russell Wilson’s squeaky-clean image has been tarnished a bit this offseason, though if he gets his way, I’m sure he won’t mind. … The Bears seem to be ready to make a run at prying him loose from Seattle. Can they cover the salary cap hit too? … As we mentioned yesterday, don’t expect Chris Carson back.

Sounders: It’s official. Fredy Montero is back with Seattle. … There are a lot of reasons, but the MLS has been slow to fill its designated player spots this offseason.

• As we have mentioned before, we’re off tomorrow. We’ll be back Monday. See you then …