A GRIP ON SPORTS • Jarred Kelenic is supposed to be the piece that pushed the Mariners back into playoff contention. If that is to be true, the M’s will need more nights like the one he had under Friday’s T-Mobile lights.

• A home run. His first in the big leagues. Two doubles. One heck of a lot of enthusiasm. 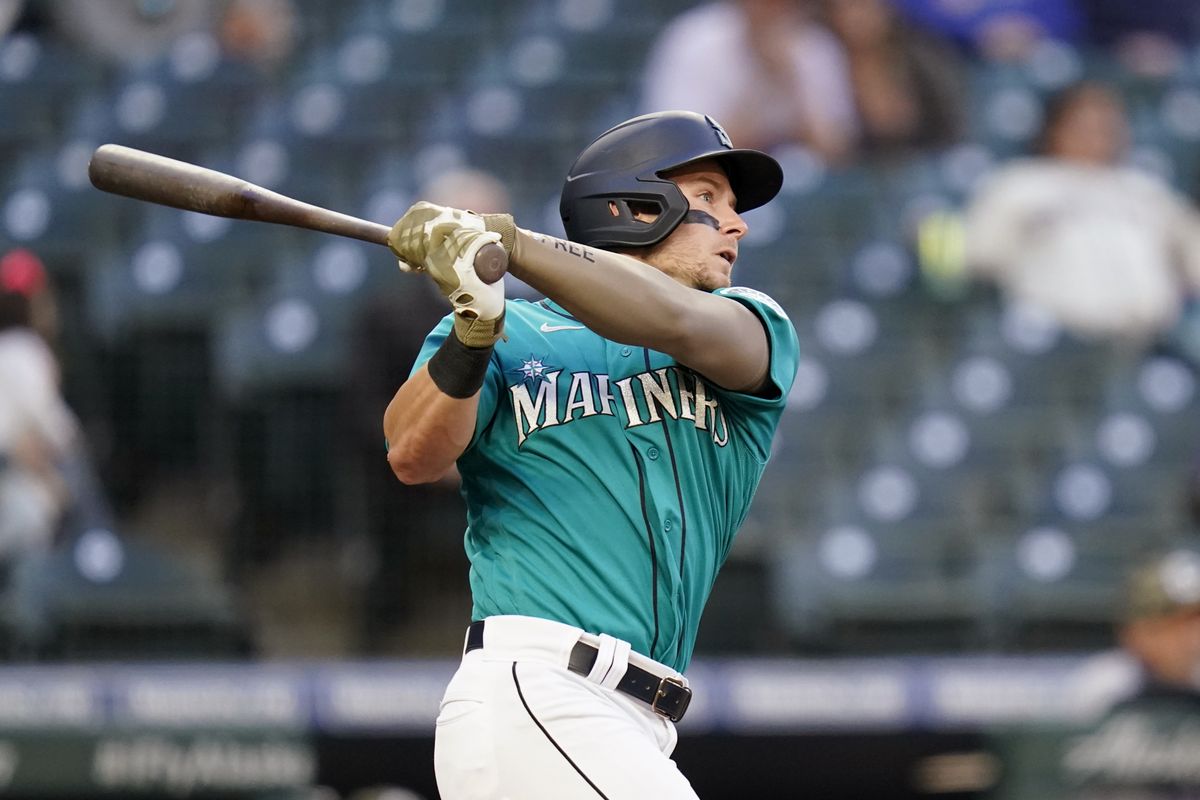 That’s what Kelenic supplied in Friday’s 7-2 victory over the visiting Cleveland Indians. Is that too much to ask from the rookie leftfielder every night? Yes it is. It’s too much to ask from anyone. But a similar performance every once in a while would be welcome. And solid day-to-day play is crucial.

Almost every franchise in baseball has a position it’s struggled to fill over the years. It’s weird but it’s true.

For Seattle, that spot has been left field. How do we prove it? Name a Mariner leftfielder you’ve admired over the years, one that stands out in your memory?

Phil Bradley? C’mon, man. Pee Wee Briley? Sure, lady. Jose Cruz Jr.? Ya, we hardly knew him. Raul Ibanez? OK, that might be a good choice if not for the fact the Mariners thought so little of him they let him go as free agent – three times.

He did have a good year. We’ll give him that. But was he a memorable player? The answer to that question, as it’s been for every Mariner leftfielder ever, is no. A resounding no. 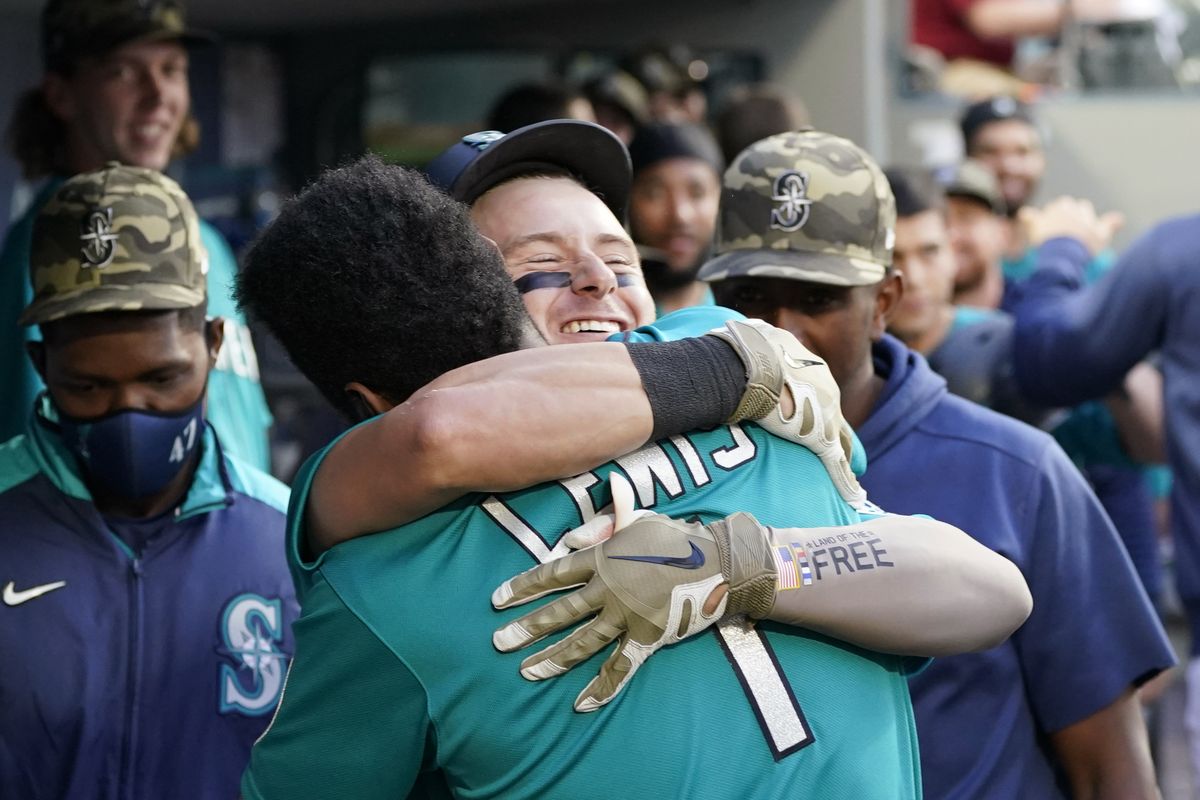 Kelenic is supposed to change all that. If Friday’s performance is any indication, then he has a chance. At least until he leaves the team in a huff because Jerry Dipoto and management played power-trip games with him the past couple years.

But that is for down the road. An extra year down the road in fact. Between now and then everyone who is true to the blue is hoping Kelenic’s sweet left-handed stroke and speed in the outfield will give the franchise something it’s never had before. A postseason berth. Wait, that’s not right. It’s only been a couple decades without one, though it seems like forever and, for younger fans, all 12 dozen of them, it has been.

Nope, all Mariner fans want from Kelenic is a left-field career to remember. Hey, it could happen.

• Kelenic’s big night helped the M’s snap a five-game losing streak. That streak dropped them below .500 and 4.5 games behind the American League West-leading Oakland Athletics.

There are eight teams in the A.L. with better records than Seattle, including the hated Astros and four A.L. East teams. If the M’s are going to participate in the postseason, it would behoove them to get their act together. Sure, it is only May. But losses this month count the same in the final standings as those in September, even if it never feels that way.

• One day after the Pac-12 announced the hire of George Kliavkoff as its new commissioner, effective July 1, everyone and their aunt decided to give Kliavkoff advice on how not to be Larry Scott. In other words, how to be an effective conference leader.

We won’t add our two cents other than to say ignore all the advice. Well, that’s not exactly true. Don’t ignore it. But don’t let it interfere with what you know is right.

You don’t get to be where Kliavkoff is without making great choices throughout your career. The conference’s CEOs picked you because of your previous success, all of which came without somebody in the cheap seats telling you what you should do.

You know what you have to do. Do it. You will be fine. WSU: Around the Pac-12 and college sports, Washington’s entire athletic budget outlook hinges on how many fans can be in the stands in the fall. Fill Husky Stadium and the department will make money. Anything less and the deficit grows. Sounds like the makings of a potent vaccination campaign. … What’s happening with Oregon State football? Here are your answers. … Another day, another story about Oregon’s receivers. … UCLA’s younger receivers have opportunities to excel. … In basketball news, Colorado is looking for recruits all over the world. … An Oregon State player we admired is ending his college career. 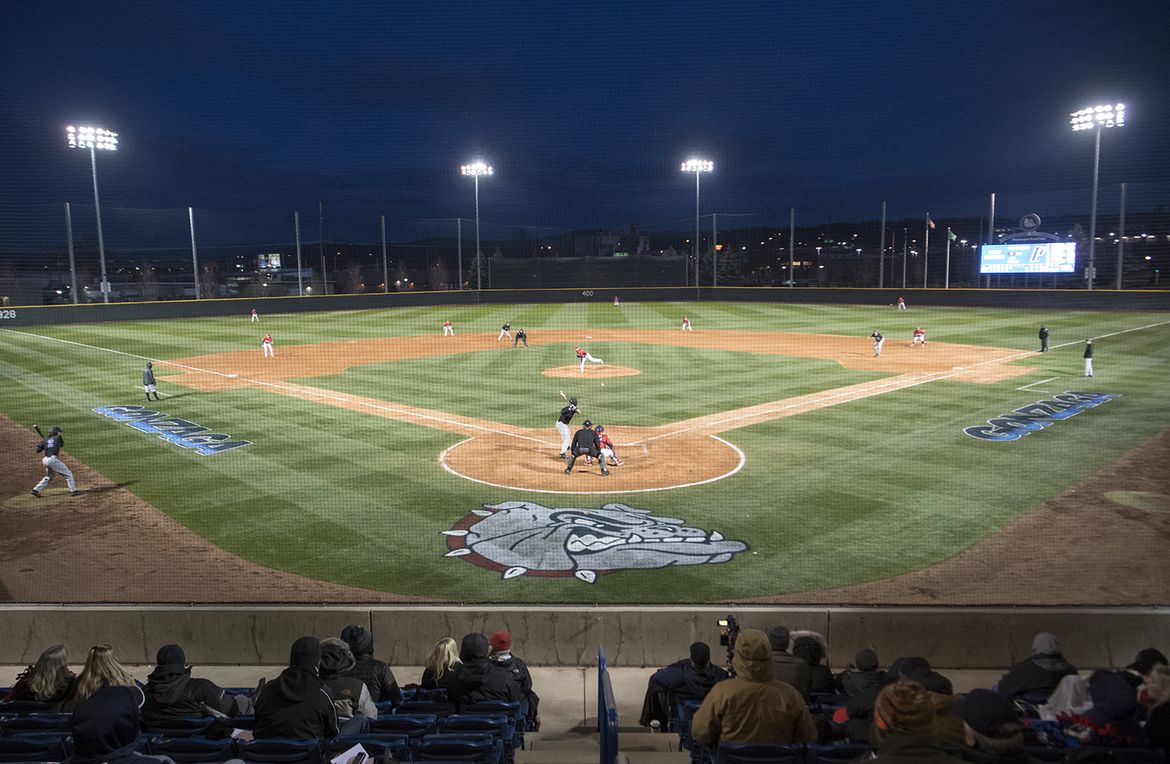 Gonzaga: The baseball team is having another special season. But this one is special enough it may come with an end-of-the-season prize: A Spokane regional. The Zags are one of 20 schools in contention for the NCAA’s 16 regionals. Back when we were young, we covered Gonzaga in baseball regionals a couple times. Both in Tempe, as Arizona State seemed to host every year. Back then no one ever thought a regional would be in Spokane. Now? It could happen. We’ll find out later this month.

Preps: Can we get done with the darn spring seasons already? (Just kidding, but as someone involved in winter sports, which are just getting started, not completely.) Actually, they are. Dave Nichols has this story that covers the GSL baseball title game, the boys soccer championship and the track and field culminating meet. … He also has a roundup of the other action. … Should high school (and younger) athletes be wearing masks when practicing and competing? Everyone probably has an opinion.

Indians: Another game, another loss for Spokane against Vancouver in Hillsboro, Ore. Dave put together this story.

Mariners: Kelenic’s home run made him the youngest Seattle player to go yard since Adam Lewis. And, no, Erik Bedard isn’t still around, so that dark history can’t repeat itself. … This year’s history of injuries is repeating, with Ty France and Evan White on the IL. 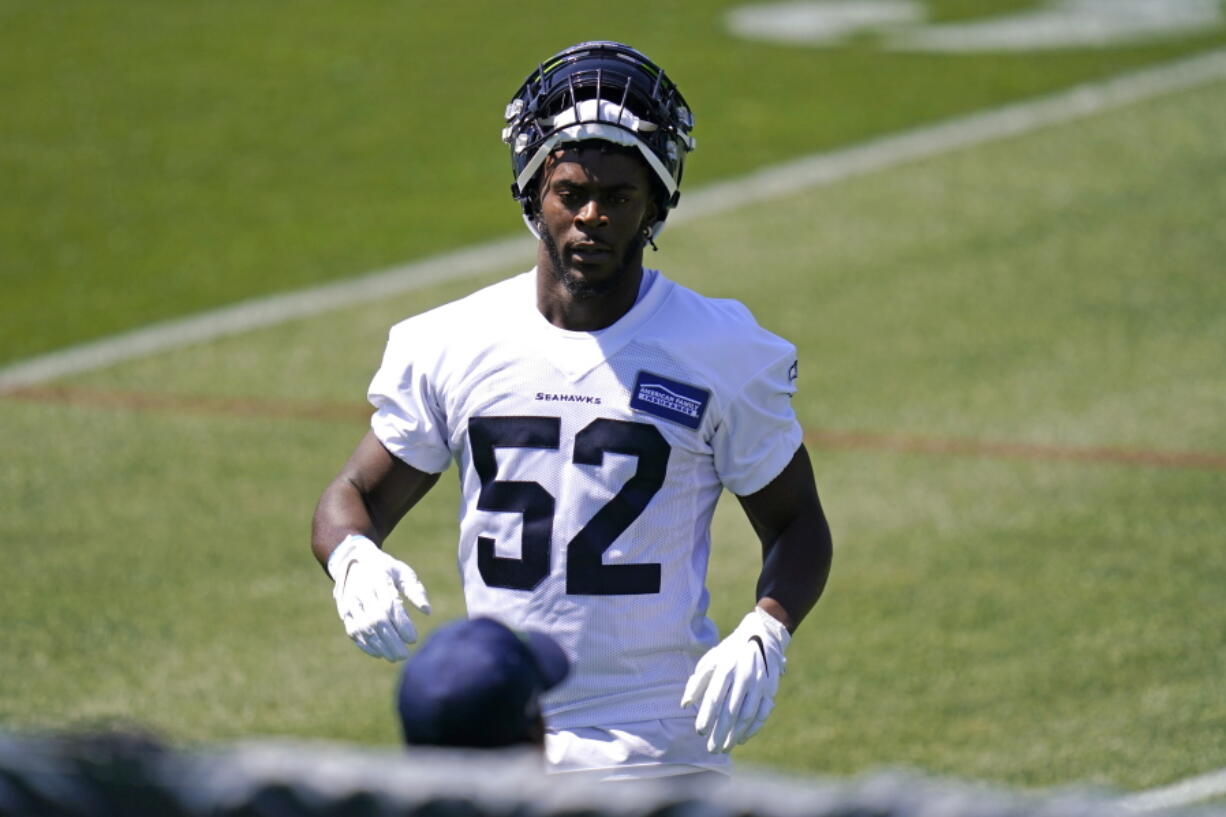 Seahawks: If you cruise the ‘Net reading about rookie mini-camps, you’ll be amazed how many teams are excited about their first-round draft pick. That’s not a problem in Seattle. Stories from yesterday’s first day are about Darrell Taylor, who didn’t play last year after an injury, or a long-term project on the offensive line.

Sounders: Yes, Stefan Frei is out a while with a sprained knee. But he will be back. The same can’t be said of midfielder Jordy Delem, who tore his ACL.

• The Preakness is this afternoon. All of the horses passed their drug tests, so everyone can run. We heard a rumor Medina Spirit was out partying late Thursday night, but whatever the Kentucky Derby winner (for now) ingested, it must not have impacted his test. He probably stayed away from urine-soaked feed while dancing the night away at The Havana Club. Until later …