A GRIP ON SPORTS • Over the past two decades or so, there have been a few things to count on concerning the region’s college basketball. Two of them are no longer here. Now others get a chance to make their mark on the Inland Northwest scene.

• Tommy Lloyd was a fixture at Gonzaga. So was Wendy Schuller at Eastern Washington. Within a couple weeks, both left those schools, though the circumstances were different.

Lloyd, the head coach in waiting for the Bulldogs, decided he had waited long enough and took over at Arizona. It was an appropriate move, considering Mark Few seems as if he’s going to coach the Bulldogs into the next century and Arizona is one of the top two-or-three programs in the western United States.

Schuller’s situation was different. She didn’t have a choice. Eastern athletic director Lynn Hickey fired the 20-year veteran April 1, following three consecutive losing seasons. But that only tells part of the story. Schuller losing record as head coach of the women’s team also included a long list of accomplishments, as one would expect after two decades on the job. 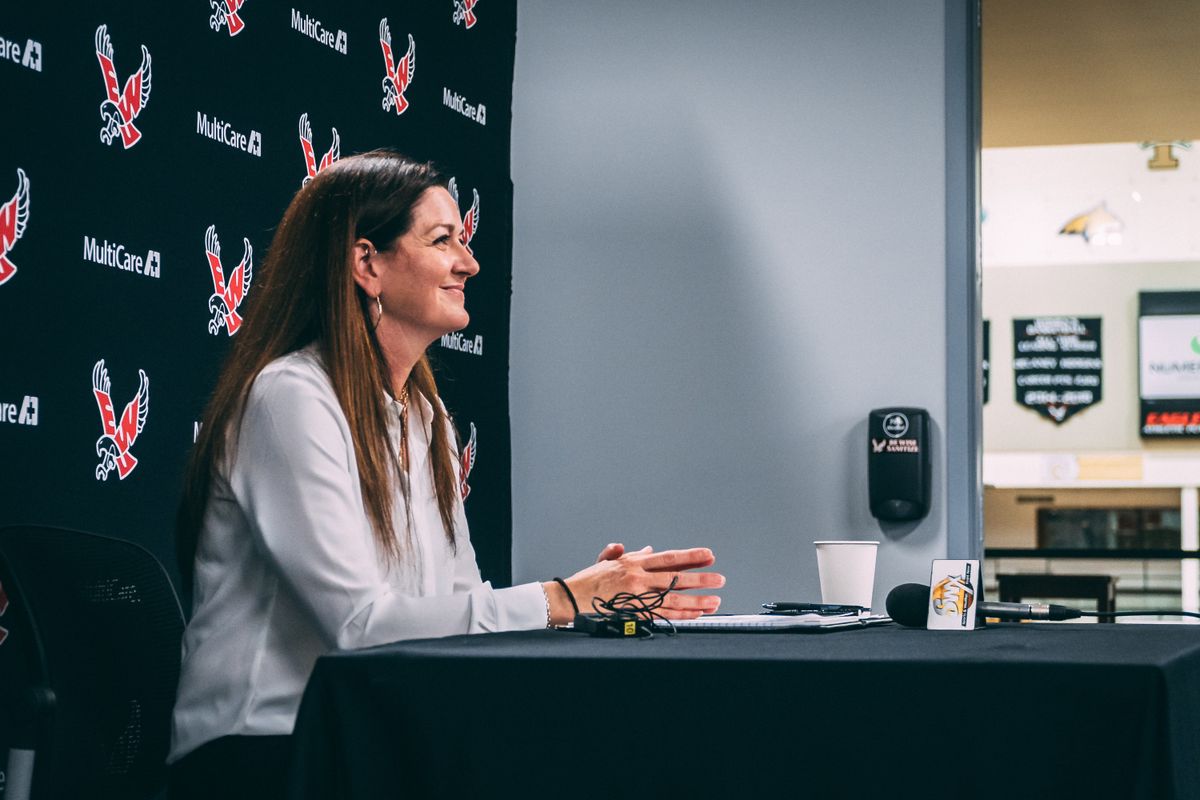 Times change. So do coaches. And both schools have moved on.

Eastern Washington introduced its new coach yesterday, holding a press conference for Joddie Gleason, lately an assistant at Seattle U. But she has an extensive history as well, one that dates all the way back to junior college in the first year of this century. One of her players back then at Butte College in Oroville, Calif., was current Gonzaga coach Lisa Fortier. Twenty years later, they are coaching in the same county.

At Gonzaga, there is a strong connection between the old and new as well. When Lloyd left, many thought Few would turn to Stephen Gentry, a former Zag walk-on who has ascended the coaching ranks in a few different spots.

One of those, of course, was GU, where he once was director of basketball operations. And close with Lloyd. So it’s entirely appropriate he fills the position made available by Lloyd’s departure.

As much as we would like for yesterday and tomorrow to be the same – familiarity is always good – it doesn’t work that way. Change is consistently part of every college basketball program, more so today than ever. Most of that, however, is among the players, sure, but coaches are part of the mix as well. Some by choice, some not.

• When someone does something in sports that has never been done before, reviewing it more than once seems like a good idea. Such is the case with Phil Mickelson’s unexpected and unmatched victory Sunday in the PGA Tournament.

It’s not just Mickelson’s age that make the story wonderful … wait, yes it is. At 50, no one is expected to compete with all the young talent at the pinnacle of the golf world. But Lefty did. And it’s worth checking out once more.

By the way, the animosity between two of the tour’s two biggest stars, Brooks Koepka and Bryson DeChambeau become common knowledge over the weekend. A video made the rounds of Koepka’s response to a DeChambeau comment that disrupted a post-match interview Friday.

There is a Spokane connection here. (Isn’t there always?) The person holding the interview for the Golf Channel was Todd Lewis, a former local TV sports reporter. 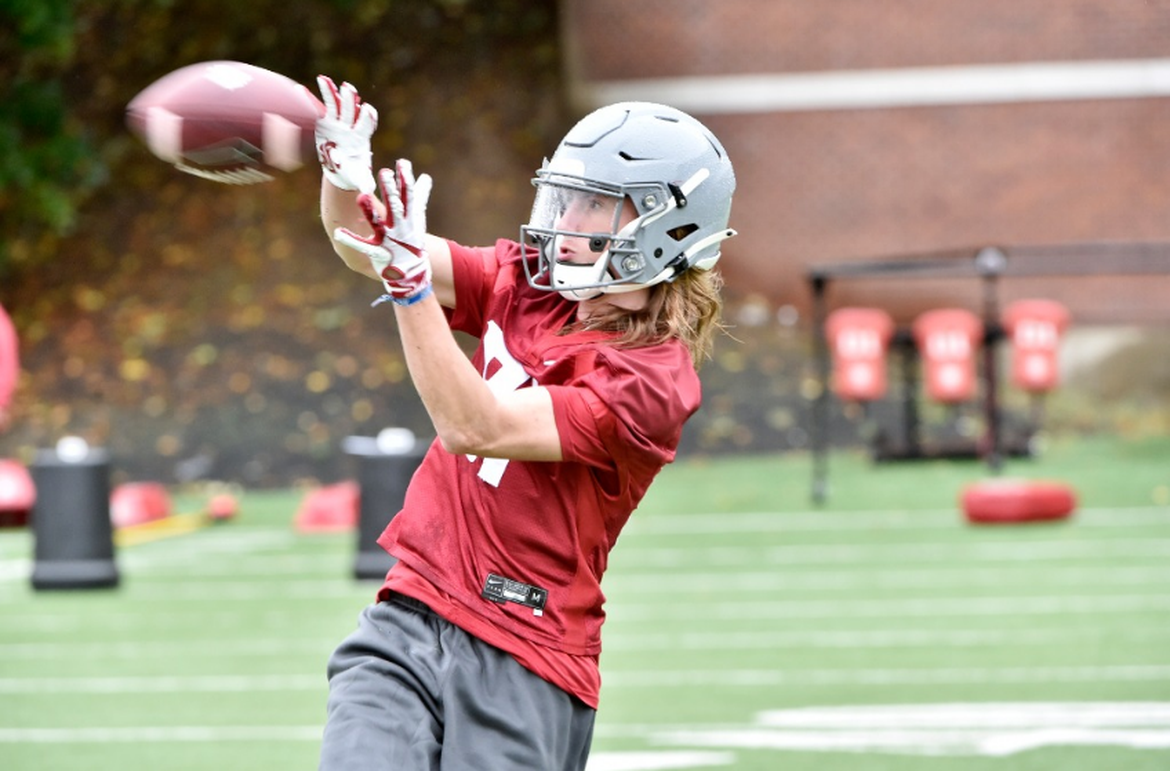 WSU: Speaking of change (and we were above), there is more coming in Pullman. Two football players, receiver Jay Wilkerson and edge rusher Lolani Langi, have entered the transfer portal. Theo Lawson has stories about both players looking to head out of town. … Elsewhere in the Pac-12 and college sports, the nonconference football schedules over the next decade or so are loaded. … Could the conference expand again? … Oregon has a lot of talent but one has to wonder about the quarterback situation. … Every team needs big play threats. Oregon State may have found one in the spring. … In basketball news, a transfer headed to Arizona State has changed his mind. … Arizona has added another to player to its roster and a game to its schedule. … The Washington softball team is headed to Oklahoma, where it has a chance to play a Cinderella role. 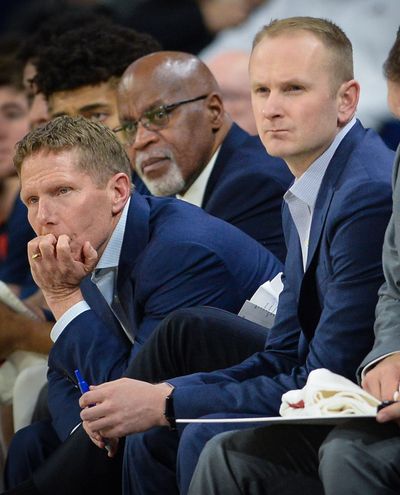 Gonzaga: Gentry’s return to the Zags wasn’t unexpected. Now that it is official, Jim Meehan has this in-depth story on the newest Gonzaga assistant. … Jim also shares the news Aaron Cook, who spent last season in Spokane, will spend next season, his last college one, in Georgia. … Being yesterday was Monday, Jim also joined Larry Weir for the latest Press Box podcast. Gonzaga wasn’t the only subject discussed, however. … Basketball isn’t the only program at GU that is experiencing success. John Blanchette looks at the school’s distance program, headed by longtime Spokane coach Pat Tyson. … Around the West Coast Conference, former BYU player Brandon Davies is doing well in Europe.

Preps: It was an unusually busy Monday, with lots of GSL basketball and other sports to report. Dave Nichols does just that with a couple of roundups.

Indians: Dave also has a notebook from the Indians’ successful recent week, which led to an award for catcher Willie MacIver. 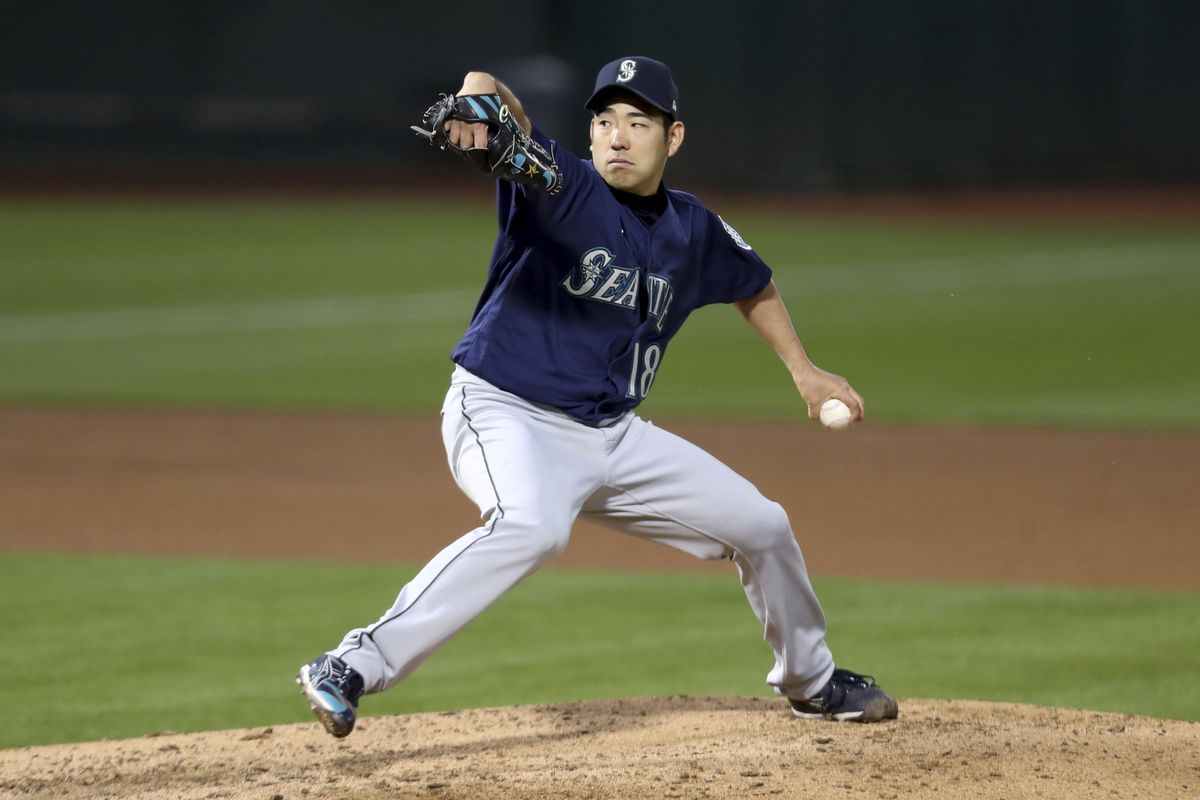 Mariners: Even when the M’s win, which they did for the first time in a week last night, defeating host Oakland 4-2, they seem to lose. Starter Yusei Kikuchi was escorted off the field by the trainer after six stellar innings. Turns out he had back issues. … Jarred Kelenic is determined to learn everything he can. … Eric Campbell has had a whirlwind couple of weeks.

Seahawks: The Hawks sign a cornerback that doesn’t fit their usual formula and there are stories galore. … If you are wondering what was behind Russell Wilson’s list of cities he would consent to be traded, this might be the reason.

Sounders: This is Seattle’s best start ever.

• We noticed not too long ago our Rav4 at times sounds like a motorcycle downshifting approaching a traffic light. Turns out, it’s a problem with our fuel pump, one that is part of a recall. So the dealership will have the car all day today to fix it. Talk about feeling stranded. It is also why this column appeared so early on the website this morning. The car has to be in the shop early as well. Until later …