A GRIP ON SPORTS • It’s that time of year again. When sports overlap and cause a special type of angst. We call it the “Not Enough TVs Syndrome.” It was in full bloom again last weekend, last night and will be a worry in the ahead.

• The Mariners were battling the A’s last night, a place in the American League wild card chase on the line. The Sounders were in San Jose, trying to add three points to their MLS Western Conference-leading total. And that, my friends, was an easy night. 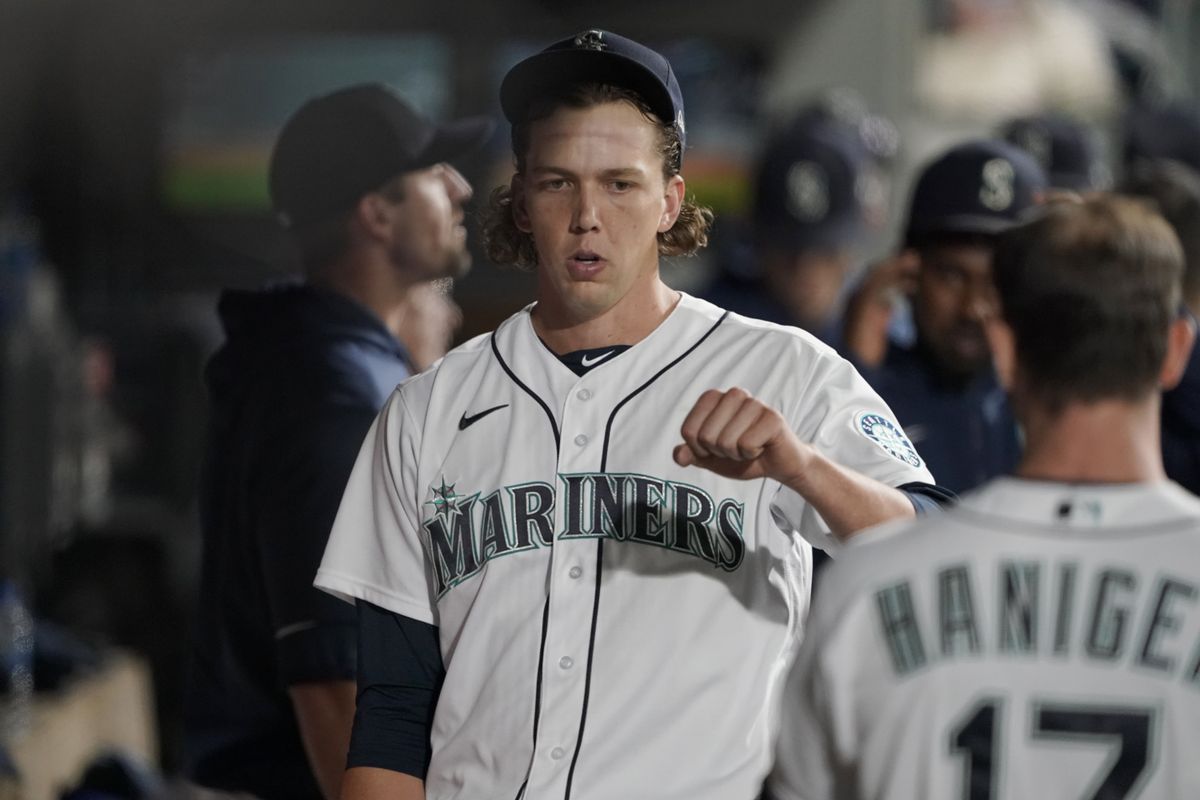 Maybe not an easy choice, but at least there were only two games to worry about.

Come Saturday and Sunday, the anxiety will be more pronounced. Watch the Mariners or the showdown between Eastern Washington and Montana? Watch the M’s or the Seahawks? The pressure to not miss a pitch or a second of a game has risen like steam in a kettle, making every viewing decision seem wrong. Heck, even if two or three TVs are side-by-side (as you super fans have your cave set up) a glance the wrong way may cost you a key moment that will live in Northwest lore forever.

Don’t worry, though. If the Mariners keep winning and break the nearly two-decade postseason drought, we could end up doing the same thing all over again next weekend. By then, hopefully, we will have leveled up in experience and we will be ready.

• For almost six months the Mariners have looked up to the A’s in the West standings. No longer. And Oakland no longer has a dog in the wild card hunt. Seattle took care of the latter last night with a 4-2 win at T-Mobile, the 12th consecutive time the M’s owned the Bay Area’s second-best team.

All that did, however, is allow the Mariners to keep apace of the Red Sox in the wild card standings. The Yankees, who lost to Toronto, are a game up on Boston for the wild card game’s host role. The M’s are ½ game back of the Sox with the Blue Jays a ½ game behind them.

With Seattle idle tonight, there could be a three-way tie for the second spot heading into the final weekend. The Red Sox are at woeful Baltimore tonight while Toronto finishes up hosting the Yankees. Wins by the Jays and Sox would leave those two and the Mariners tied at 89-70, with New York a game ahead at 90-69.

Seattle finishes the regular season by hosting the Angels while New York hosts Tampa Bay. The Rays have already clinched the American League’s best record and will be getting ready for the postseason.

Meanwhile, Boston travels to Washington, gaining the advantage of playing another woeful team, something Toronto has as well, as it hosts Baltimore.

It will be can’t miss television – if you have enough TVs. 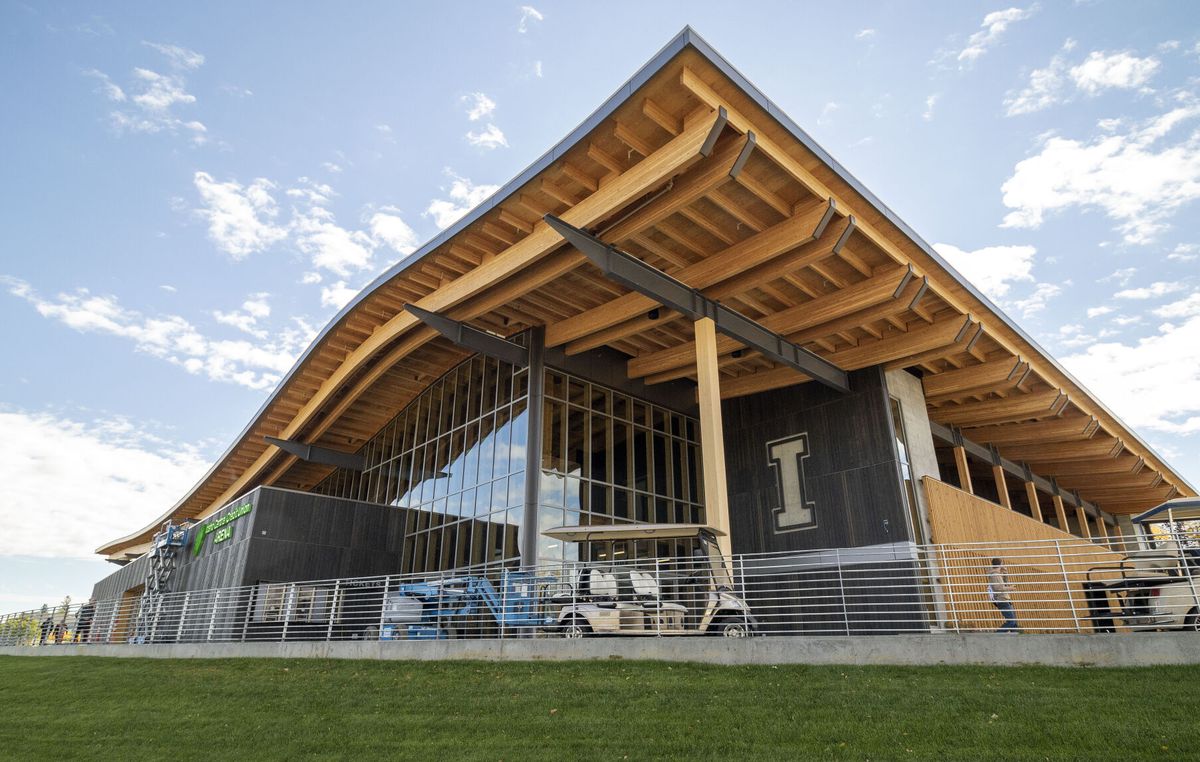 • Division I college basketball practice is underway. The nation’s best team may be right here in Spokane. And yet it seems awfully quiet on the Gonzaga front.

Maybe it is because the Bulldogs are so confident in their future they don’t have to honk their horn. Or maybe it is because coach Mark Few has been staying out of the public eye since his well-publicized DUI citation in North Idaho earlier this month. No matter the reason, much of Gonzaga talk recently has been supplied by Drew Timme’s appearances with national voices and/or speculation on how conference realignment might impact the school.

The Zags recently released their complete schedule, with the first of two exhibition games set for Halloween followed by a challenging non-conference slate and the usual WCC battles.

Washington State released its final schedule yesterday, something Colton Clark covered in this story. The Cougar roster is about as deep as its been in the past decade, though Isaac Bonton, who could have returned after the NCAA granted everyone an extra season of eligibility, decided it was time to start making big bucks. He signed with a pro team in Lithuania this week, something Colton also covers. 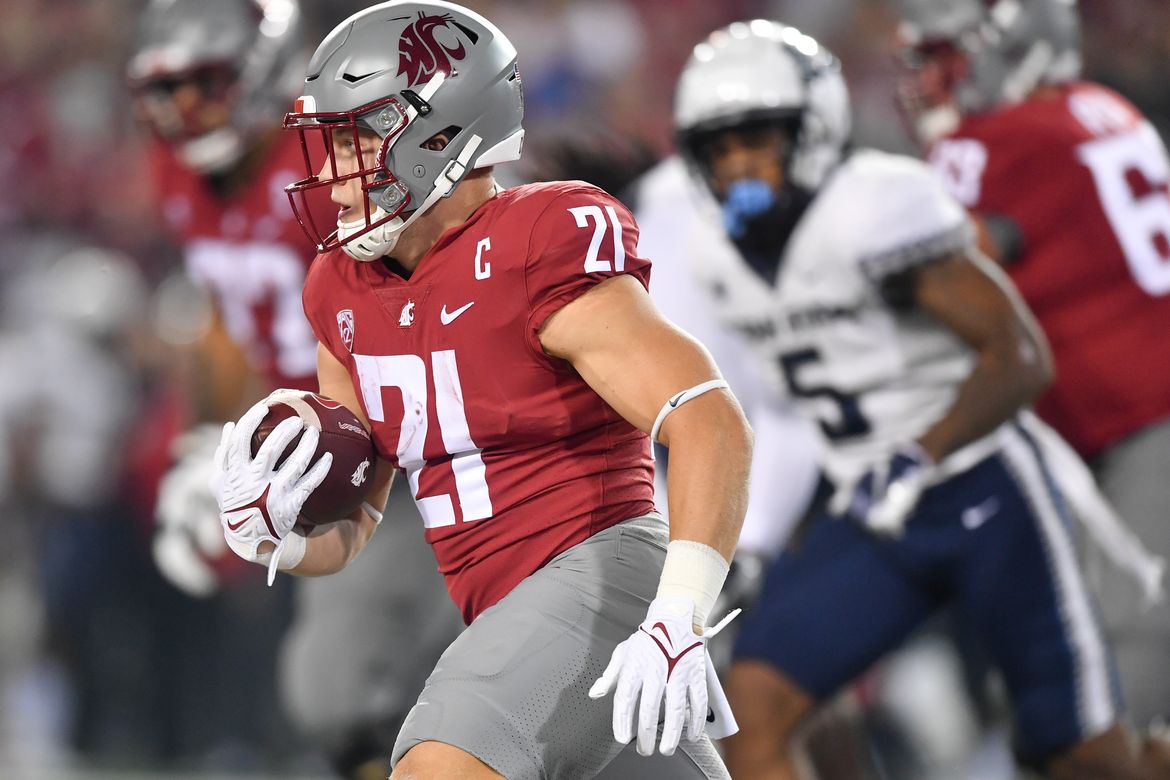 WSU: Will the Cougars have their two injured offensive sparks, Jayden de Laura and Max Borghi, this Saturday? Nick Rolovich told Colton there is a “good chance” they will play. … When the Cougs return for a Homecoming game with Oregon State on Oct. 9, fans will have some tougher COVID-19 protocols to follow. Colton has a story on the vaccination or test requirement. … Elsewhere in the Pac-12 and college football, an NRLB attorney yesterday dropped another nugget concerning college athletes, telling them they are employees and, at private universities at least, allowed to unionize and bargain collectively. … Jon Wilner has his Pac-12 picks in the Mercury News this morning. … Will Stanford upset Oregon again? More importantly to some, will the Cardinal cover? Those are just part of the questions with this game. … If you have questions about Washington, you are not alone. … Oregon State has faith in its best defensive back. As well it should. … UCLA and Arizona State have some history, with one of the most memorable Sun Devil wins part of it. … Colorado’s offense is in need of growth and it needs it quickly. USC is more than happy to ensure it doesn’t happen this week. … There was a candlelight vigil for Aaron Lowe last night at Utah. … In basketball news, Arizona opened practice and Tommy Lloyd opened up to the media. … A Colorado player hopes to win the job at point guard. 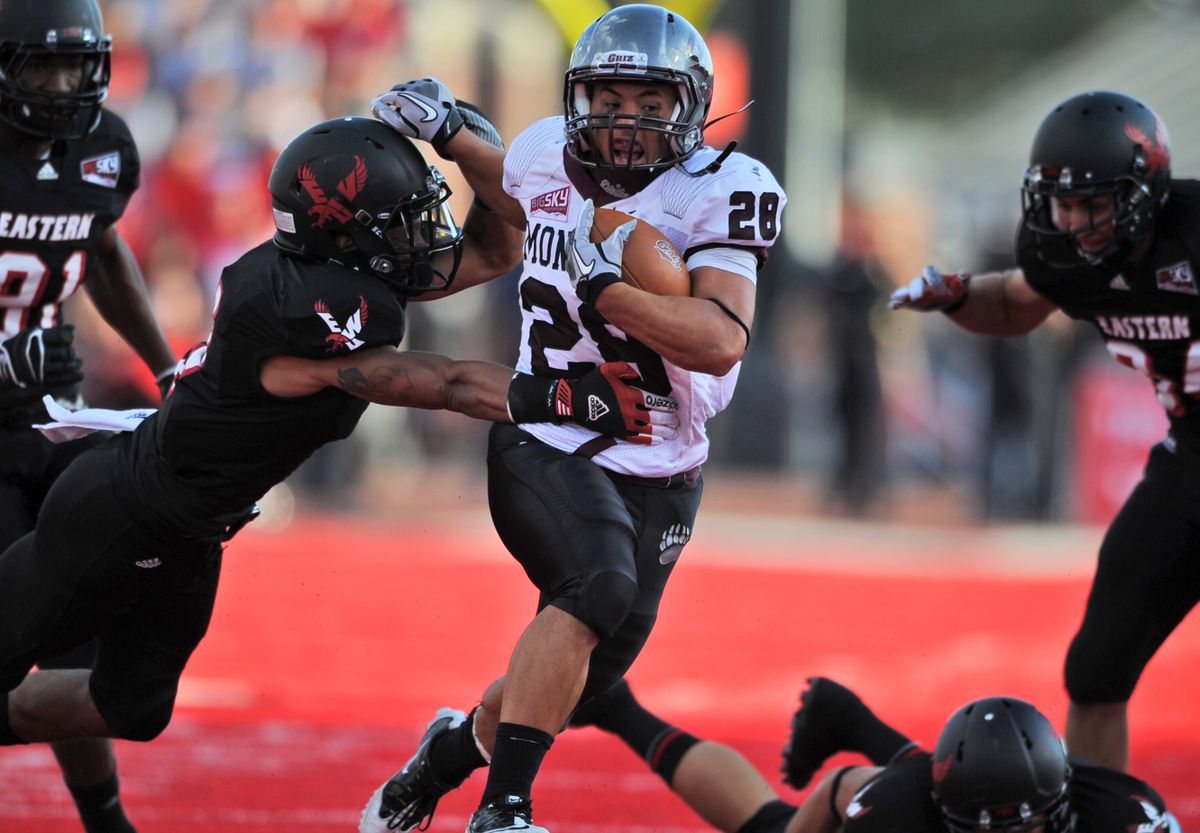 EWU: The history between Montana and Eastern is deep, with the schools putting together some classic games over the years. Dan Thompson delves into some of those as we continue to look forward to Saturday night’s showdown. … Dan also has a conference-wide notebook, which begins with a look at Bobby Hauck’s two tenures at Montana. … Hey, Cooper Kupp is doing to the NFL what he did to the Big Sky not too long ago. … Around the Big Sky, the Grizzlies’ quarterback is OK with being called a game manager. … When Montana State faces Northern Colorado on Saturday, the Bobcats will have faith in their backup quarterback. … Weber State really needs a win at Cal Poly.

Idaho: The Vandals have a new basketball home. And they proudly introduced it to the world yesterday, holding a media day that attracted quite a few folks. One of them was Peter Harriman, who has this story. Another was Geoff Crimmins, who put together this photo report for the S-R. 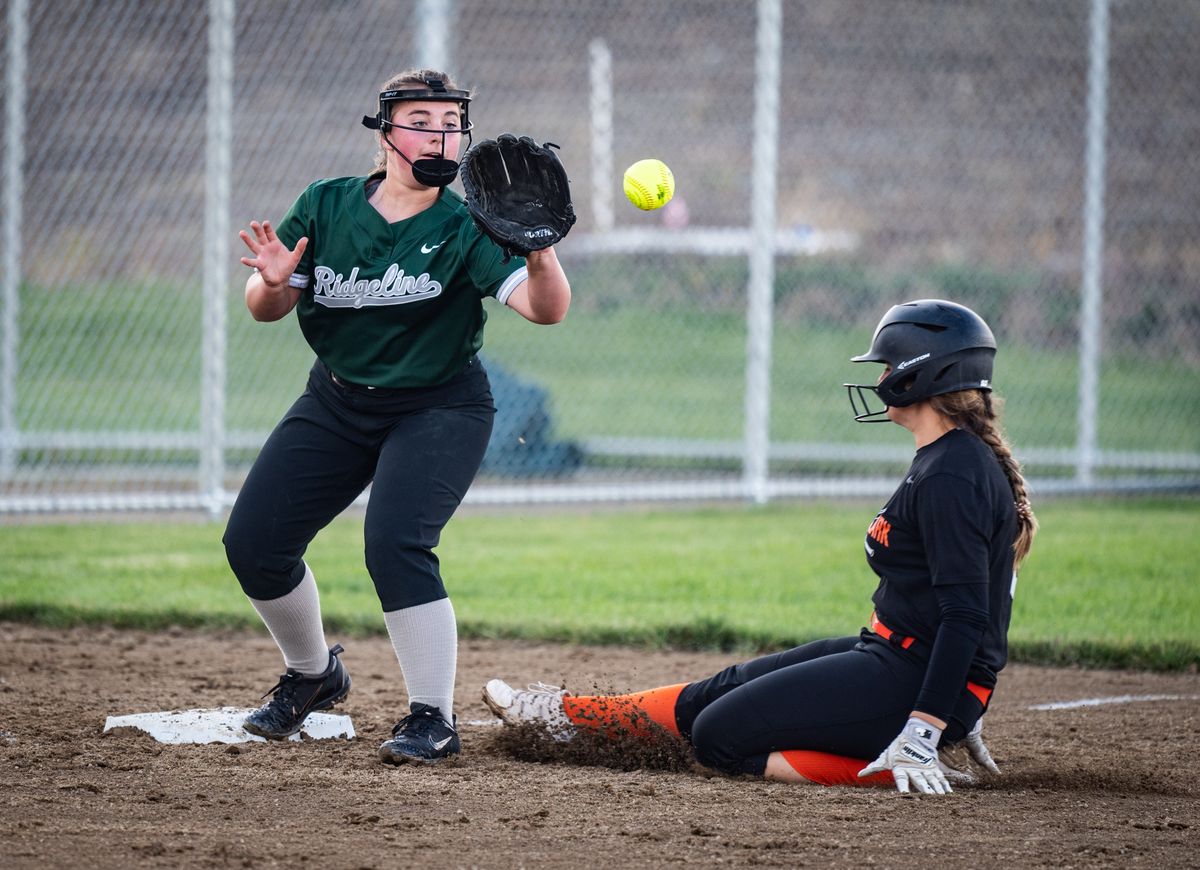 Preps: It’s Thursday morning, so that means we have lots of high school new stories and features to share. We start with Dave Nichols’ feature on the first-year Ridgeline slowpitch program. … Dave also has a preview of this weekend’s big football games as well as well as a roundup of Wednesday’s action. … Madison McCord has this feature on Lakeside’s volleyball team.

Mariners: T-Mobile was rocking last night, especially when Jarred Kelenic came through with a two-run, sixth-inning double to give the M’s their first lead in what became a 4-2 victory. … As part of Larry Weir’s far-reaching Press Box podcast, he spoke with Alyssa Charlston yesterday about the goings-on in Seattle. … Mitch Haniger is looking for his 100th home run ball.

Seahawks: Richard Sherman is back in the NFL. But it’s not with Seattle. He signed with Tampa Bay yesterday. … Jamal Adams was one of the Hawks’ best rushers last season. Not so much this year. Will that change Sunday? … This is fun but LeBron James belongs where he ended up. … Tight end Gerald Everett is the first Seahawk player to be in the COVID-19 protocol this year.

Sounders: Needing a win, the Sounders collected one in San Jose, rocking the Earthquakes 3-1.

Kraken: The team drove down from Edmonton to Calgary yesterday and drove away with a preseason victory.

• We will be working a double shift Saturday, so our TV watching is preordained. We’ll do our usual TV Take from the Washington State game at California, get dinner and then turn around for another TV Take, this one on the Eastern game with Montana. Luckily, I’m not red/green color blind or it would be a tougher day. By the way, so long September. You sure didn’t seem to last long. Until later …