A GRIP ON SPORTS • There is only one word to describe what happened yesterday in the college football world. Hallelujah. And one phrase. About darn time. The playoff is going to expand.

• Nothing is set in stone yet. We concede that point. But if the organization that oversees the College Football Playoffs announces a plan to expand in 2023 in the middle of June of 2021, you have to assume everything but the smallest minutia is set in place, right? 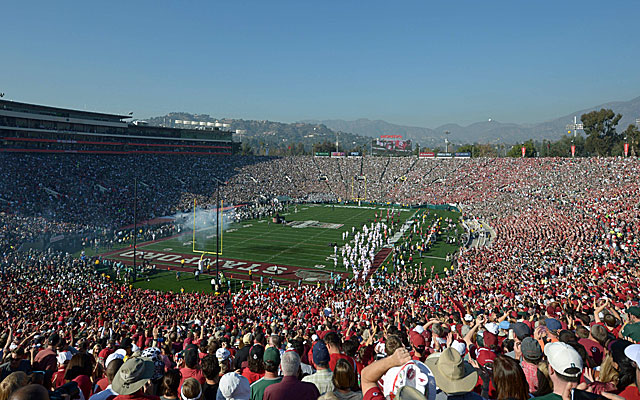 Sure, Thursday’s news conference only touted a subcommittee’s ideas, but if the full group that runs the season-culminating event doesn’t want to make the change, why announce a 12-team setup with such fanfare? It doesn’t make sense to get (most) everyone’s hopes up and then have the university presidents meet later this month and pull the rug out from under them.

We are left with the distinct impression the sport will look different in a couple seasons. Better? Worse? Or just more of the same?

In the better category we can cite, above all, the expansion to 12 schools. That is three times better than the current system. The four highest-rated schools earn first-round byes. The eight others play, with the games on the home campus of the higher seed. That’s all good.

So is the rule only conference champions can be one of those four anointed schools, no matter what the record is. An 11-2 Georgia team could win the SEC title game and send a 12-1 Alabama team to the qualifying round (our term, not the subcommittees’) by winning the SEC title game. Such an event would not only cause angst in Tuscaloosa, but keep interest high as well. That is always good.

Another improvement? Six conference champions are assured a berth, though those six aren’t designated by name – the Pac-12 isn’t assured anything in this regard – which is a win for the Group of Five schools. There is a chance two of its teams could make it and the Pac-12 or Big 12 or someone could be left out. A small chance, sure, as the rankings always seem to favor the Power Five schools, but it is possible.

Then what is worse? Anything that supports a flawed status quo. The idea of playing the quarterfinals at bowl-game sites seems to do just that. We understand why the subcommittee has proposed such an arrangement – money talks and guys in weird-looking coats and lots of money talk really loudly – but it doesn’t make a lot of sense. For a couple of reasons.

If a school doesn’t get a bye, it hosts a qualifying round game. If it does get a bye, it gets a week off but doesn’t play at home. It levels the playing field, sure, but it also makes it almost impossible for fans of a certain school to follow their team.

Let’s put this plan in place in 2018 and assume Gardner Minshew’s Washington State squad had actually finished a correct 12th in the CFP rankings instead of the flawed 13th designation. The Cougars would have traveled to Notre Dame under the new scenario.

(As an aside, that brings up another flaw. What if Notre Dame has the best team in the nation? Hey, it could happen. The Irish, as an independent, are locked out of the top four seeds. They can’t win a conference. So no matter what, they would always have to win one more game to win another national title. Either Notre Dame football has to join a conference or it may have to be treated differently. But we digress, Let us return to 2018.)

Cougar fans would make that South Bend trip. They have before. But what if their team wins? The quarterfinal game would be at one of the bowl sites. A warm-weather site like New Orleans or Phoenix. If it had been at Ohio State, the fourth seed, staying in the Midwest might have been an option. Anyhow, now the travel is getting expensive. Real expensive. And what if another upset occurred (hey, it’s Minshew, right)? OK, as we write this, we realize the fans of schools in the qualifying round are going to be refinancing their homes no matter what.

The upper-tier bowl games designated as quarterfinal and semifinal sites is another example of the status quo winning out.

We understand the fixation with the Rose Bowl. It’s the Granddaddy, it’s played at a site exclusively reserved for college football and it’s part of the pageantry and history of the game. But the other bowls, even those with long histories, are played in sterile, NFL-dominated stadiums with all the ambiance of dinner at your crazy uncle’s house. Though, you know, money. Power. Keep two for the semis, maybe the Sugar and the Orange. The Rose Bowl can host the title game. The other bowls like the Fiesta and the Peach and, under this proposal, even the venerable Cotton, probably need to be outside the playoff, serving as sites for matchups between the Pac-12’s second-best school and the SEC sixth-place finisher – Missouri would be a 4.5-point favorite over USC every season. If not, then relegate them to the dustbin of the sport’s history.

Put the quarterfinals on campus. Four byes, four home games. Seems a fair reward for being one of the four best teams in the nation – and winning the four best conferences.

No matter what, though, a 12-team playoff is better than a four-team one. It would actually make the regular season better. Instead of one or two teams in a non-SEC conference – at least half the schools there would be in ESPN’s daily conversation until the end of time – hoping to somehow make the playoff, four or five could enter the last couple weeks in that position.

That’s better. So is an expanded playoff. Make it happen folks.

• While contemplating such changes, what is worth watching on TV this weekend?

Well, there is a Grand Slam tennis tournament on. In fact, as we type, the men’s French Open semifinals are going on. The first one. The one that everyone wants to see, between Rafael Nadal and Novak Djokovic is waiting in the wings. The women’s final, between an unseeded player and the 31st seed, will be on tomorrow morning early. The men’s final is set for Sunday, also really early in our area.

If that’s not your cup (made from clay, of course) of coffee, then there are lots of playoff games on this continent. The NBA conference semifinals are dominated by franchises that either have never won a league title or haven’t won in this century. The NHL has moved to conference finals, with only one game – the Islanders vs. Tampa Bay – scheduled for Sunday. Montreal and Las Vegas play Monday night.

College baseball is centerstage this weekend, with Super Regionals throughout the southern tier of states. Meanwhile, the NCAA track and field championships continue from rainy Eugene, which seems appropriate.

Zeroing in locally (and regionally), the M’s are in Cleveland and the Indians are at Avista. SWX will broadcast Saturday night’s game.

All in all, a pretty light weekend as summer begins to assert itself, even if it doesn’t officially arrive for another week or so. 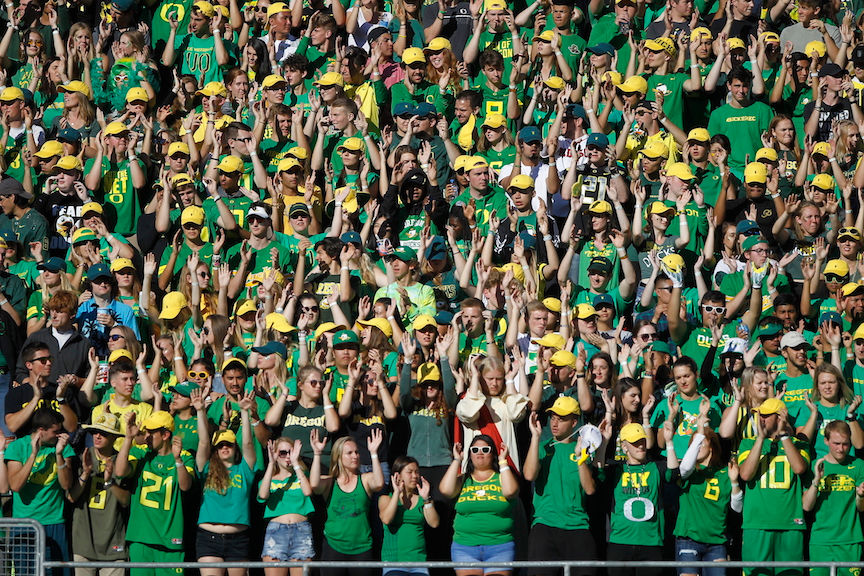 WSU: Around the Pac-12 and college sports, Jon Wilner looks at the proposed changes to the CFP. He’s got some opinions. So do others. … Wilner also has a stock report that includes some football recruiting news. … Can USC meet high expectations this season? … Oregon has a shiny nickel in its pocket. … In basketball news, how the heck did Both Gach find his way back to Utah? … Not only did the Arizona regents approve Tommy Lloyd’s contract (see below) but also a new, better-paying one for women’s coach Adia Barnes as well. … In baseball news, Pac-12 champ Arizona is hosting a Super Regional in Tucson. … Stanford will be in Lubbock to face Texas Tech. The stands will be full. … Now it doesn’t look as if LSU can pull the trigger on Pat Casey. 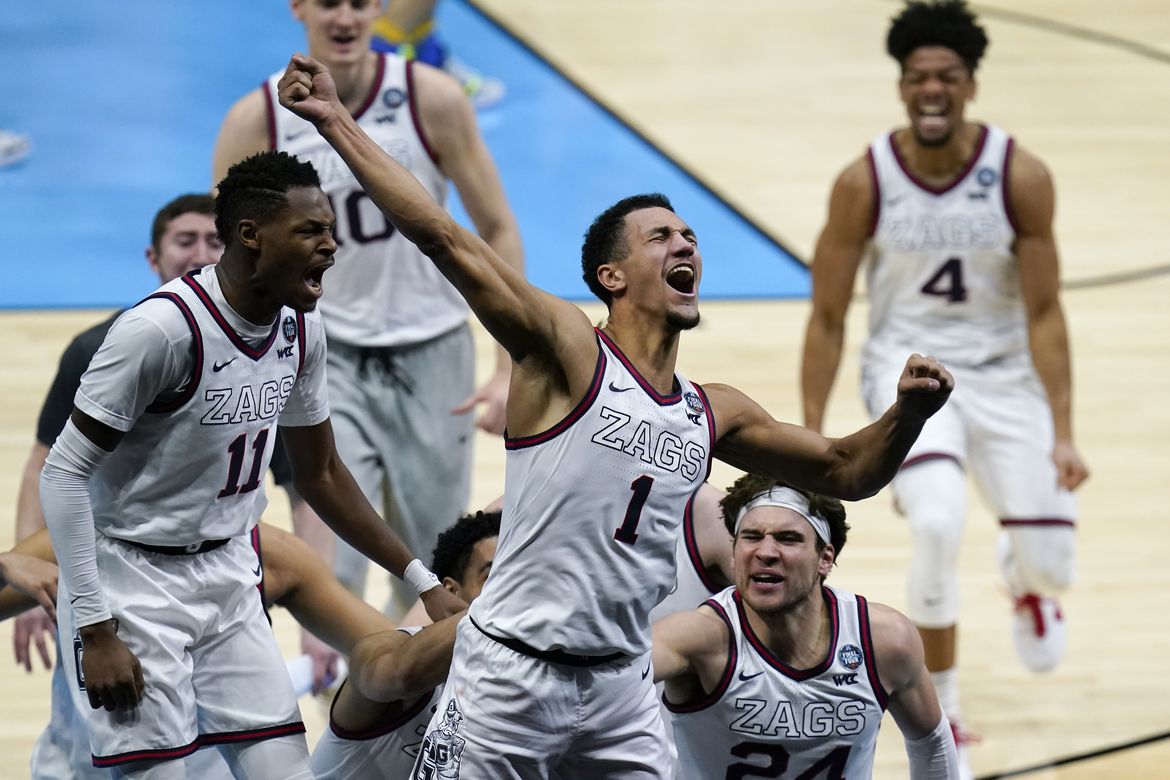 Gonzaga: With the administration changing of the guard in place, we can look forward. Jim Meehan does just that, sharing the news a possible game with UCLA is still on the table. It might even be called likely (our opinion, not Jim’s). … Tommy Lloyd is going to make a decent salary in Tucson. Jim has that story as well. … It was a good season for Mark Machtolf’s baseball team. Maybe a little less successful than hoped but a good foundation for next year and beyond. Justin Reed has that story. … In the what-are-they-thinking story of the day, John Blanchette informs us James Mwaura actually isn’t eligible for the Olympic Trials despite his qualifying time run at the NCAA championships. His entry wasn’t submitted in time. He’s appealing. … Chet Holmgren made a video of his big day. You know, the day he announced he is going to Gonzaga.

EWU: We feel old this morning. Why? Read this Ryan Collingwood story about a celebrity boxing match (yes, another one) featuring a YouTube star and a TikTok luminary. The YouTube personality is former Eastern basketball player Austin McBroom. People will actually pay money to watch?

Preps: It was light day but Dave Nichols still has a roundup. 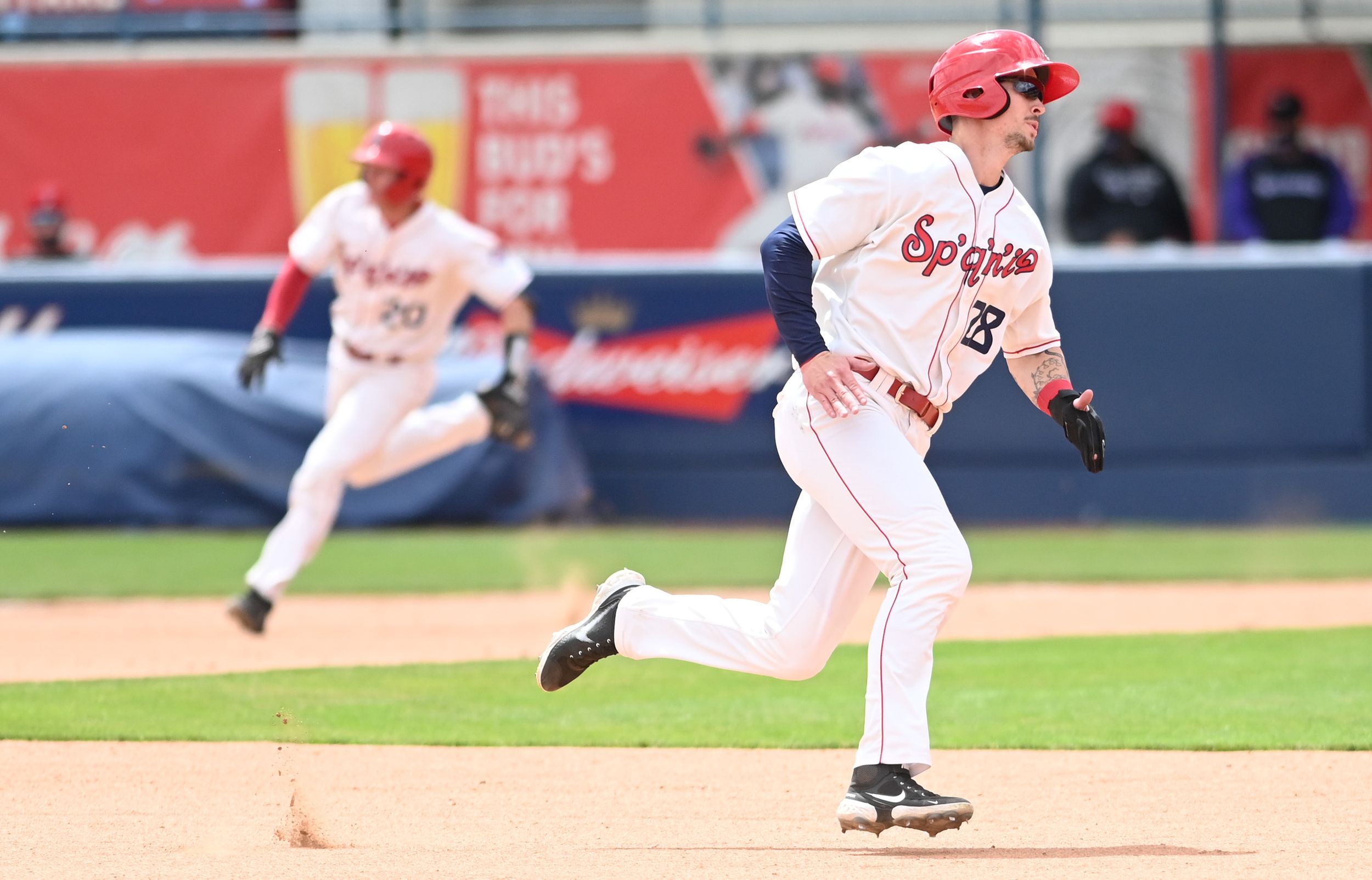 Indians: It was light at Avista when Spokane hosted Vancouver on Thursday, though the natural light didn’t help the Canadian hitters. Dave has the coverage of Spokane’s 8-0 victory. … Tyler Tjomsland covered the day game with his camera and has a photo gallery.

Mariners: The M’s lost in Detroit once more, this one 8-3, and finished their six games with the Tigers 1-5. … Seattle picked up Jake Bauers from Cleveland, he drove to Detroit and was in the lineup. … Root’s new media rights acquisition has pushed the network toward streaming services with a bit more energy.

Seahawks: The OTAs ended. Russell Wilson spoke with the media. Did you know he didn’t ask for a trade? The four teams his agent gave the Hawks were a just-in-case-the-Hawks-wanted-to list. … He finds the new offense “super complex.”

Sounders: The MLS is going to play an all-star game with its Mexican League counterparts. … The Sounders and OL Reign are teaming up a couple times.

• One thing six-and-a-half decades on this planet has taught us is nothing is perfect. Nothing. Not even that last sentence. So don’t expect any change to the CFP to be either. Better? Yes. But there will always be things to pick at. For example, why isn’t Alabama just guaranteed a spot every season? That would go a long way toward making its fans happy. That’s really all that matters, right? Until later …